Posted on November 6, 2013 by Rosemary Kneipp

This week, The Good Life France, appearing for the first time in my Wednesday’s Blogger Round-Up, explains the origin of the Michel star award to French restaurants, while two Aussies, whom I’ve often quoted here – Wendy Hollands from Le Franco Phoney and Phoebe from Lou Messugo – share their experience of the chrysanthemum tradition in France. Enjoy!

What does Michelin star restaurant mean?

Written by The Good Life France, an independent on-line magazine about France and all things French, covering all aspects of daily life including healthcare, finance, utilities, education, property and a whole lot more. 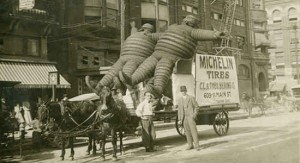 Most people are aware of Michelin the tyre company and their famous logo Michelin Man the roly-poly tyre man – or Monsieur Bibendum which is his real name. His image is known the world over and he does an excellent job of promoting the company’s tyres.

Michelin is also famous for ranking restaurants – achieving a Michelin star status is like the Holy Grail for chefs – to have one is to be acknowledged as amongst the elite, to have reached the pinnacle of one’s profession. For customers it is in an indication that the restaurant that has been awarded a Michelin star status will almost certainly guarantee an epicurean experience, a high quality meal, a great ambience. Read more

Chrysanthemums and Death in France

There’s a reason that faux pas is a French phrase. As a non-French person, I’m constantly making mistakes with both the language and the culture. I reckon they invented it for foreigners.

As mortifying as it can be to mix up ‘chiot‘ (puppy) and ‘chiottes‘ (toilets), or ‘canard‘ (duck) and ‘connard‘ (idiot), failing at French cultural etiquette can be equally as bad.

For example, a French breakfast with friends is no fast meal. Expect to spend hours absorbing your food — dunk your croissant into your bowl (yes, bowl) of coffee and break off a bit more baguette while you all catch up. That butter, jam and Nutella is on the table for the baguette, not the croissant. Do not apply these products to the croissant! They might not say anything, but they’ll think you’re weird: croissants are eaten without spreads in France. Read more

This weekend has been all about Toussaint, a Catholic holiday honoring all Saints. It is a time when French pay respect to their deceased relatives.  All Saints’ Day, the 1st of November, sees families gathering to visit cemeteries to clean and decorate tombs.  And they decorate them mainly with chrysanthemums.

The tradition of using chrysanthemums is a relatively recent one, dating from 1919 when the then President, Raymond Poincaré, declared that all war memorials should be decorated with floral tributes.  As one of the rare flowers still in bloom in November it became the flower of choice for cemeteries, with hundreds of thousands of widows laying blooms at their fallen husbands’ memorials. Read more