Weekly Bloggers’ Round-Up: How to make a Christmas log – Favourite places in the Marais – Limone in Piemonte

Posted on December 3, 2013 by Rosemary Kneipp

A little bit of Christmas to start this week’s Blogger Round-Up with a recipe for French Christmas Log from French Moments, followed by Paris Weekender‘s favourite haunts in the Marais. To finish off, fellow Aussie Chrissie from Riviera Grapevine takes us on a visit to Limone in Piemonte in Italy. Enjoy!

by French Moments, a Sydney-based organisation with an international focus which promotes the French language and culture to English-speakers worldwide. Their French team is all about the language, culture and experience

A Christmas log is the traditional dessert for the French Christmas meal on the 24th of December. It is a rolled sponge / Genoese sponge in the shape of a log, most often with chocolate ganache inside or chestnut cream and icing on the outside to make it look like a log ready for the fire. In Provence there is an entire ritual revolving around a wooden log in the chimney that is carried three times around the table by the youngest and the oldest members of the family, sprayed with wine and meant to burn for several nights. It is believed the Christmas log is originated from this custom. Read more

The Best of the Marais (So Far) 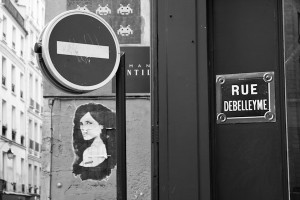 It’s been a little over a year since I  moved from Saint Germain to the Marais. Here is a sampling of my “favorites” so far. I admit they are a bit 4th arrondissement-centric, as that’s where I live! Read more

Warming up for Winter in Limone 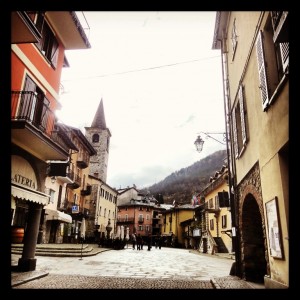 Time to let you in on a little secret. If you’re a fan of the wonderful Italian region Piemonte, as I am, you don’t have to head all the way to Alba for your fix of Barolo, Moscato d’Asti and my personal favourite, Arneis (not to mention the food, THE FOOD!!). The closest corner of Piemonte is a mere hour and a half away from Nice, and has a cute-as-pie village centre with some great value restaurants. What’s more turns into a veritable winter wonderland come snow season.

2 Responses to Weekly Bloggers’ Round-Up: How to make a Christmas log – Favourite places in the Marais – Limone in Piemonte