Welcome to this week’s Blogger Round-Up. Three posts caught my eye immediately this week. The first, by Janine Marsh from The Good Life France, tells the story of an Australian couple who have bought a château in the south of France to renovate. It is a stunning project and I wish them luck and the finance to carry it through! Liz from Young Adventuress lures us to the less-known south of Italy, starting with Positano on the Amalfi Coast and ending with Matera. And I couldn’t resist the write-up on this year’s no-pants subway event by Mary Kay from Out and About in Paris. Enjoy!

by Janine Marsh from The Good Life France, an independent on-line magazine about France and all things French, covering all aspects of daily life including healthcare, finance, utilities, education, property and a whole lot more. 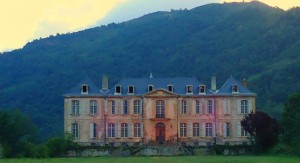 How many of us dream of owning and renovating a French chateau? A palace that was lived in by French aristocrats, where the rich, powerful and famous partied and where every room reveals a story from the past?

Karina Waters is from Perth, Western Australia where, in what “feels like a previous life now” she worked in corporate and tax accounting and lived with her husband Craig, a surgeon and their two children. In 2011 Karina and Craig decided to buy a home in France. They had lots of French friends who on their first viewing trip in the region of the Dordogne did their best to come up with ideas for “what would suit an Australian family”. Karina and Craig spent a week looking at the houses their friends had chosen. Karina says they were all “renovated, clean and neat, ticking the box for a quiet life”. She returned to Perth “frankly disappointed”, her ideal home would be more “shabby chic, rustic, petit chateau style” and she hadn’t seen anything that came even near that description. Read more

by Liz from Young Adventuress, a globetrotter currently in New Zealander who likes to zig while the rest of the world zags, travelling, eating and blogging her way around the globe 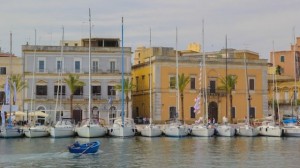 Maybe I’m wrong (please tell me if I am) but after spending some time in southern Italy, I’ve realized a few things, the first and foremost being that it doesn’t get the attention it deserves. Rome, Florence, Venice, and all those great cities and regions of the north get heaps of love from us foreigners, and for good reason, they rock. But what about the south? Read more 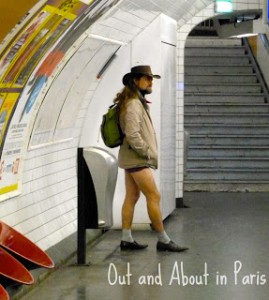 Metro line 1 is notorious for pickpockets. Every couple of stops, there’s a public announcement in at least four different languages warning passengers to keep a close eye on their belongings. If you happened to be riding the metro from Charles de Gaulle – Étoile in the direction of Bastille at approximately 3:45 pm yesterday, it might have occurred to you that the pickpockets had been busy stealing more than just wallets. In honor of the third annual No Pants Subway Ride in Paris, many of the passengers were traveling trouserless. While participants without bottoms read newspapers, studied route maps or nonchalantly chatted on cell phones, astonished passengers tried their best not to stare at all the exposed limbs in the middle of winter. Read more