Posted on February 3, 2014 by Rosemary Kneipp

If you read my post last week on green stamps, you may have noticed the drawing on the stamps. 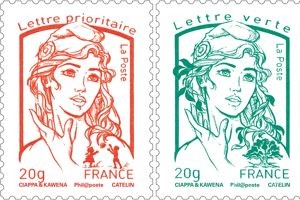 When I saw it, I was somewhat intrigued because the previous Marianne stamp was a little different.

So I checked it out and this is what I discovered.

Marianne, who is the symbol of the French republic, has been used on stamps since 1944. Each president chooses a new Marianne who is used on ordinary (non collection) stamps (known as mariannes) throughout his presidency (sorry about the “his” but so far there have been no women presidents in this country). 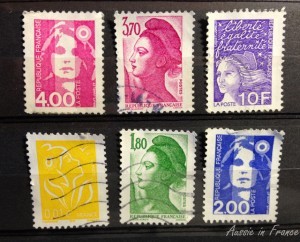 François Hollande announced as soon as he was elected that he would leave it up to French high school students of all people to choose the new Marianne from a selection of drawings by all the artists who had already worked for the French post office, in a major campaign across France called Mon premier vote pour la République.

And guess who they chose? A Marianne mainly inspired by Inna Shevchenko, the leader of a feminist movement called Femen, a Ukranian who arrived in France in August 2012 and was granted political asylum in 2013. The Femen who “use their bare breasts as weapons” were obviously delighted to become the “official symbol of France” while Shevchenko sent a tweet saying “Désormais, tous les homophobes, extrémistes et fascistes devront lécher mon cul pour envoyer une lettre”*, which didn’t stop her from sending another tweet (later removed) which was blantantly islamophobic.

I once visited the Conseil Constitutionnel during Heritage Weekend and the council president, Jean-Louis Debré, gave a very entertaining presentation of the different Mariannes since the French Revolution in 1789. She has been inspired in recent years by Brigitte Bardot, Michèle Morgan, Mireille Mathieu, Catherine Deneuve, Inès de la Fressange, Laetitia Casta and Sophie Marceau. 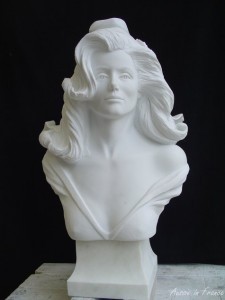 When I checked the French stamp list, I discovered it was different. The plot thickens. During the same period, the Mariannes have different names: Marianne de Cheffer, Marianne de Béquet, Marianne de Bicentenaire, Marianne du 14 juillet, Marianne des Français, Marianne et l’Europe et Marianne de la Jeunesse. It appears they are not based on real people, but are fictional.

It seems that there is no official Marianne model. While the stamp Mariannes are chosen by the president, the busts found in local town halls and other public places are chosen regularly by AMF, the association of French mayors. 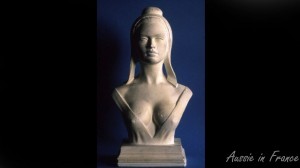 Olivier Ciappa, the artist behind the current stamp, claims that he combined several different artistic styles including the Renaissance, comics, mangas and Walt Disney films, to give his Marianne an “unique aspect”. If that’s the case, maybe he shouldn’t have advertised the fact that Shevchenko was his main inspiration.

Just another example of François Hollande and his relationship with women …