An Orchid Exhibition and our Perfect New Neighbours

I was delighted when I discovered we had orchids in our garden in Blois. I had thought they were strictly tropical plants but it turns out that France has quite a large number of wild orchids and our region alone has about sixty. We have found three different ones in our little wood. So when Susan from Days on the Claise, who is quite a specialist in the field, suggested we go together to an orchid fair in Blois, I didn’t hesitate. 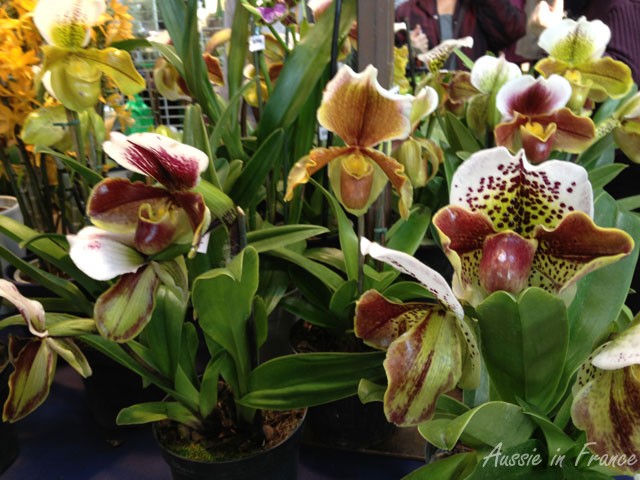 All the orchids on display were of the cultivated variety of course. I learnt that it’s virtually impossible to grow the local orchids. Either they turn up in your garden or they don’t because they need a special kind of fungus to grow. So I’m very honoured that orchis mascula and two other varieties I have yet to identify, have chosen our garden. 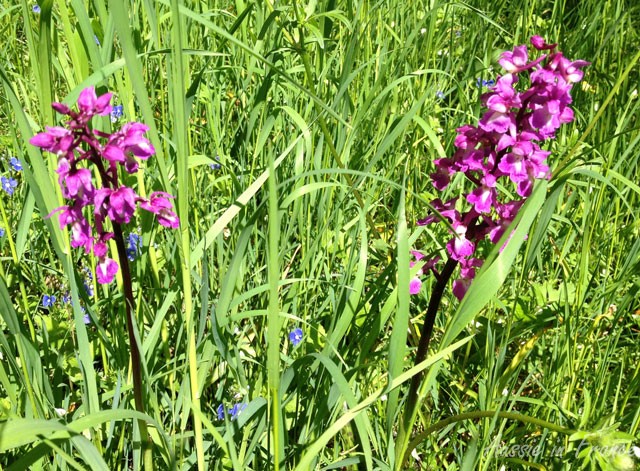 Purple orchis in our little wood in May last year

I also learnt the orchis mascula, or purple orchis, derives its name from the testicle-like formation underneath the roots. In English, it’s also called Gethsemane because it is said to have grown at the foot of the Cross and received drops of blood on its leaves! 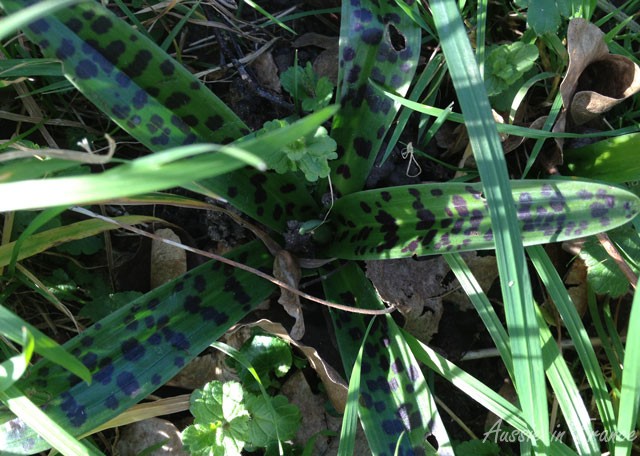 Purple orchid leaves with their blood spots in February

Mr and Mrs Previous Owner have an orchis bouc (bouc means billy goat) in their garden, so-named because of its smell. In English, it’s called a lizard orchid, which is much nicer! It has the most amazing flowers and grows to be very tall. 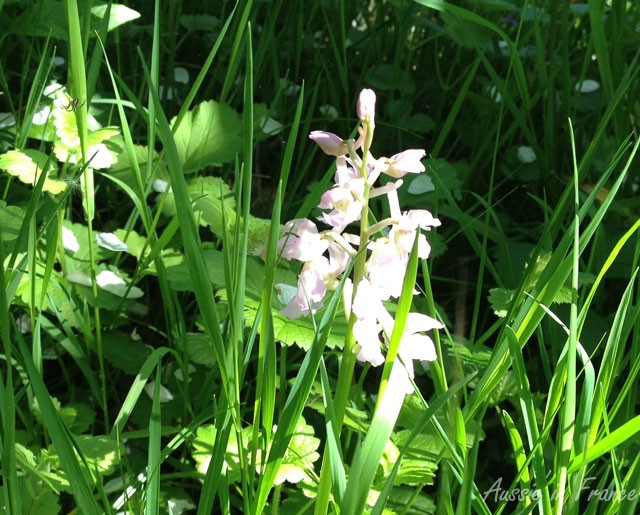 A white orchid in our wood

Most of the exhibitors at the Orchid Exhibition were Dutch with a couple of local growers thrown in. There was a stunning collection that drew a very large crowd and also an excellent poster exhibition where I learnt all sorts of interesting things. Vanilla, for example, is an orchid, to my amazement. 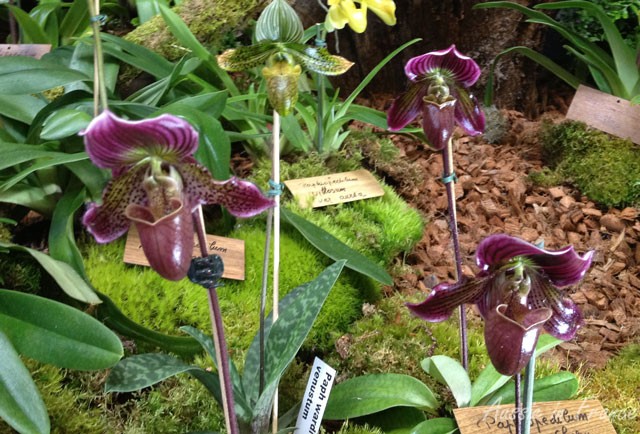 I think these look like dolls on a stick, like the ones we used to get at the Show when I was a child in Australia

When we are living in Blois permanently and I have found the best location in the house for my cultivated orchid collection, I’ll venture into some more exciting ones. At present, the only ones that I get to rebloom are phalaenopsis or moth orchids. 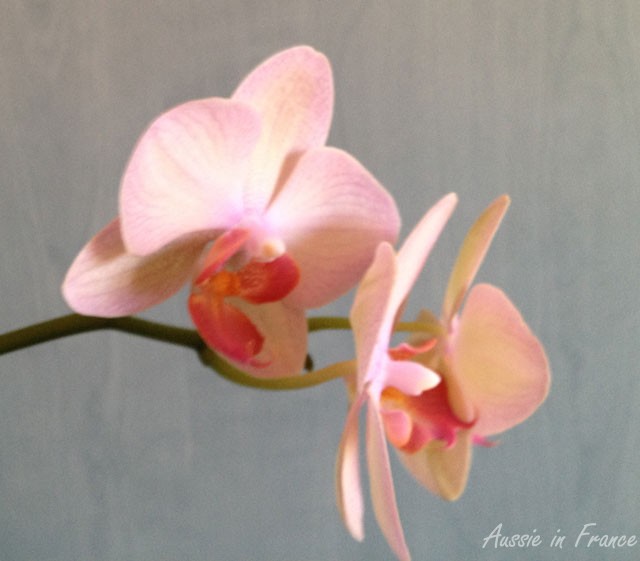 After the orchid exhibition, the first thing we saw as we got home was that our new neighbours had moved in. The moment of truth! Chicken yard or not chicken yard ? I went into our vegetable garden pretending to be checking out the sorrel (it being the only thing growing at the moment) and saw a friendly-looking blond woman a few years younger than us. 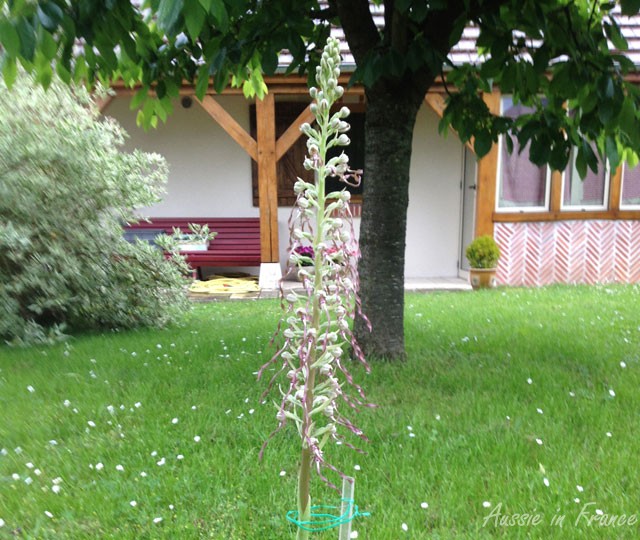 Mrs Previous Owner’s photo of their lizard orchid. The stem is as long as the flower and you can see they’ve staked it.

I waved and she came over the say hello. She and her Spanish husband both have grown children and are at work all day. The chicken coop will eventually be turned into a garage and they had already been informed that they would need to keep their willow pruned so that it won’t damage the new slate roof of our barn.

We both called our husbands over and by the end of the conversation we’d established that we were all the perfect new neighbours! Great relief all round.

Another excellent piece of news is that I have also found a Portuguese cleaner for the gîte which opens again in April. It turns out that she used to own the house next door, and that her husband, also Portuguesue, actually built the house himself. Thank you Mr and Mrs Previous Owner for the tip!

3 Responses to An Orchid Exhibition and our Perfect New Neighbours