A Mock-Up of the Little House

You may remember our poultry yard dilemma that got in the way of our project to renovate our “little house” to make a gîte (self-catering holiday rental accommodation). We thought we might have to drop the idea altogether. The next idea was to convert our second barn instead. Then the neighbours sold their house to a lovely couple who has no intention of pursuing the barnyard theme. 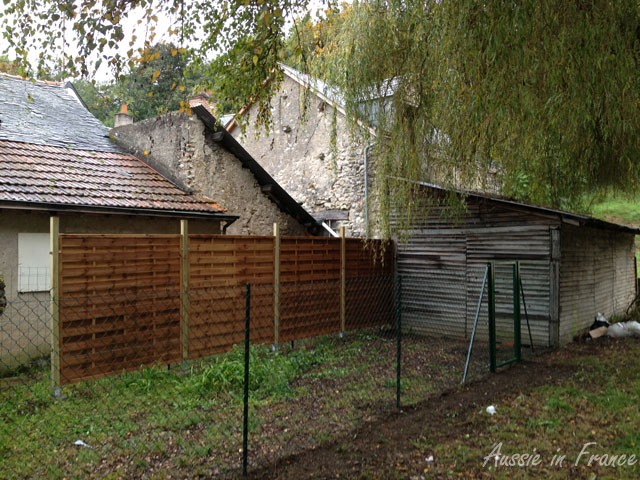 Jean Michel has been pondering the question for some time and has now decided that we should go back to the original idea of refurbishing the little house. He explains it to me but I am one of those people who finds it difficult to change something that I like and I can’t imagine in my mind what he wants to do. I love the side view of the little house which Jean Michel simply cannot undertand. 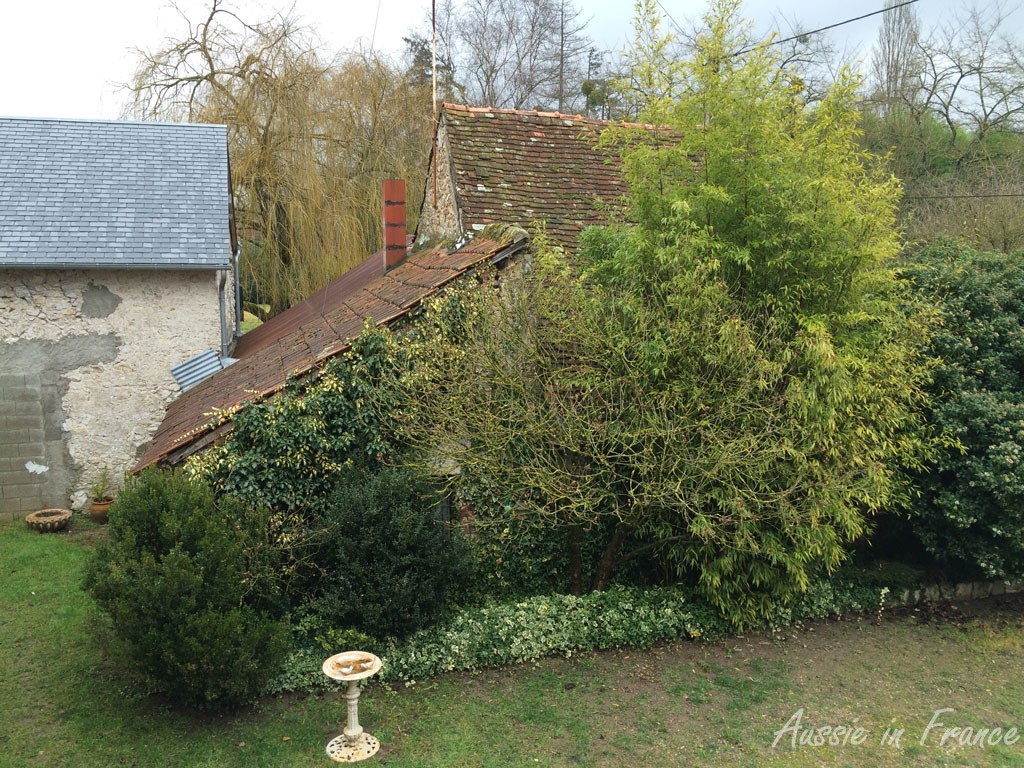 The corner view of the little house seen from our garden

He starts getting annoyed with me and I can see we’re heading for an argument so I say I’ll make a scale model. Whatever you want, he replies. I just need all the dimensions. I have the dimensions. I’ve drawn the floor plans of little house to scale, he says. Well, can I have them? It’s after dinner and he thinks it’s a bit late to be embarking on model-making but he gets them anyway. 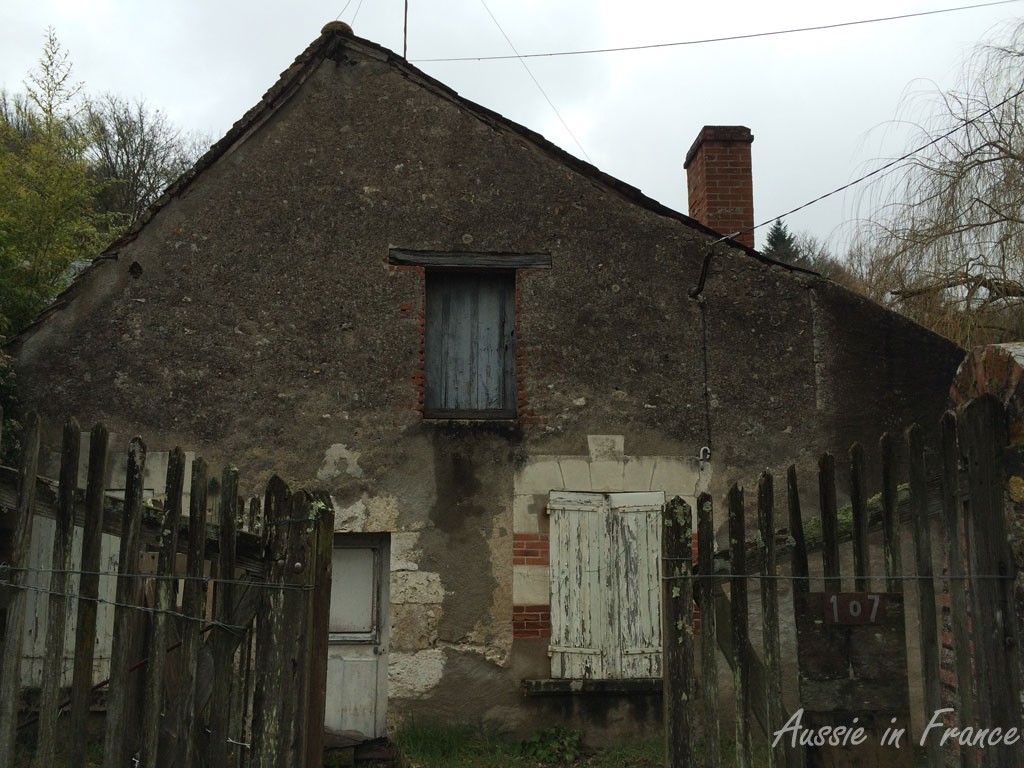 The façade of the little house at the moment, which is rather ugly, you will agree!

I go and find some coloured cardboard, sticky tape, scissors, pen and a ruler. He looks on amazed as I proceed to rule lines and cut out pieces of cardboard. Well, I can see this isn’t your first scale model, he says. It is actually the first one that I’ve made myself but I loved making models when I was a child. Dad once bought Buckingham Palace for me and my sister and we spent hours putting it together on Magnetic Island. 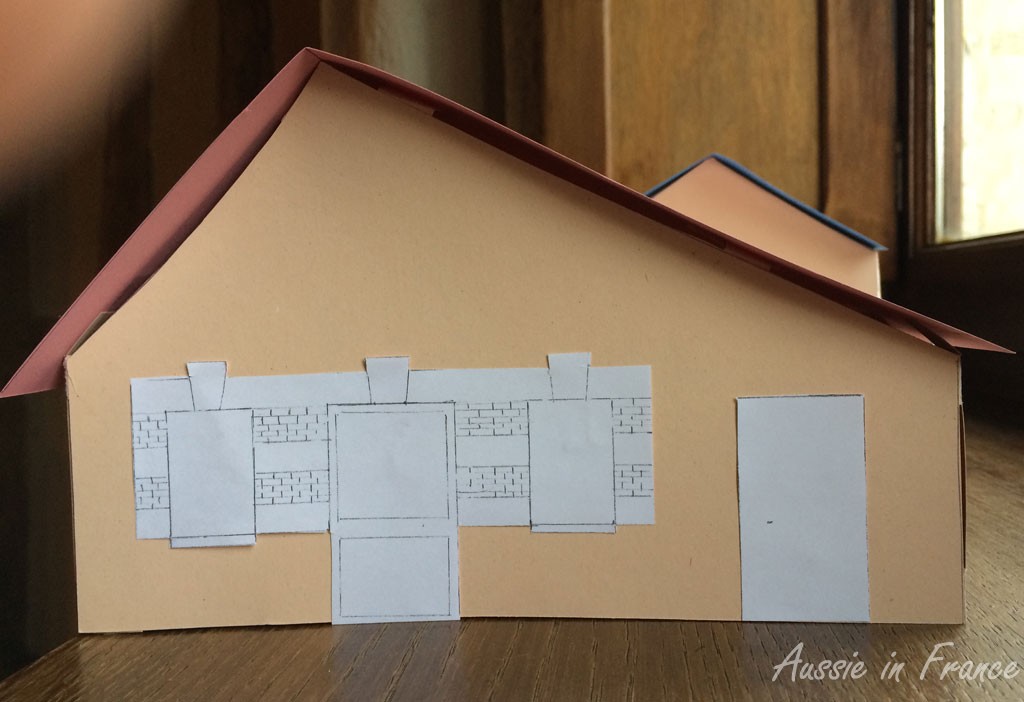 The façade of the little house on our mock-up, a replica of our own façade

I make the little house, except for the new roof at the back, as this is the part I can’t understand. Jean Michel, who is now itching to get his hands on the cardboard and scissors too, takes over.  I am amazed when I see the result. Never in a thousand years could I have imagined it without a physical model to help me. 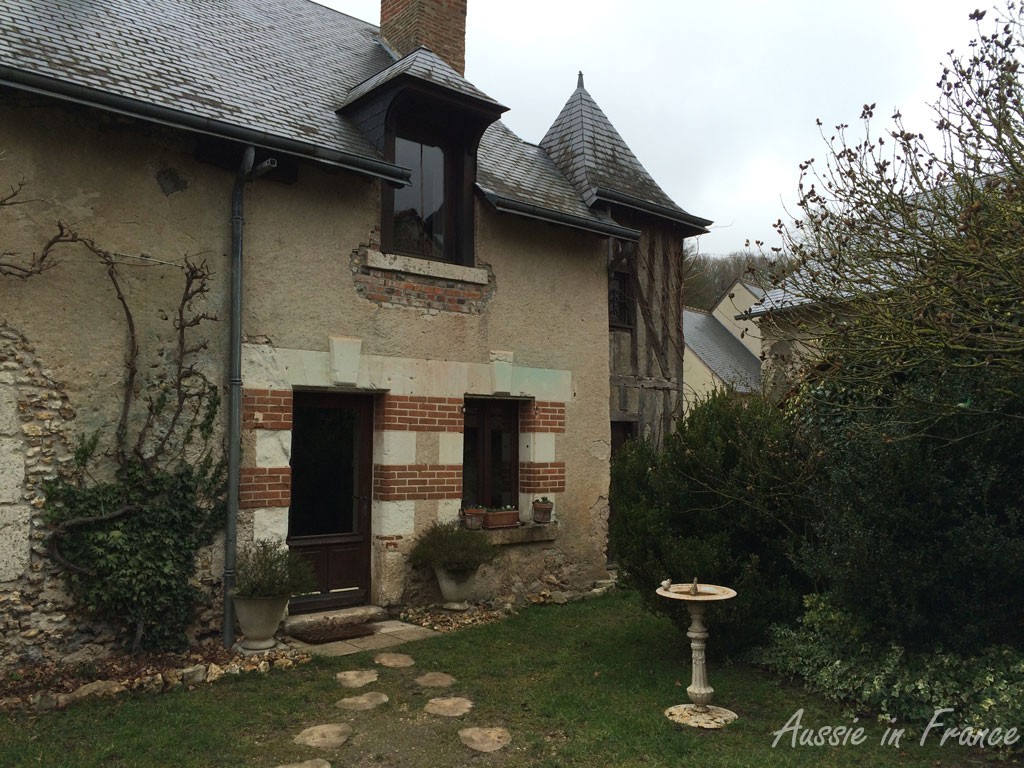 So where does the barn fit in, I ask. We need to make the barn as well. So I go and find some more buff-coloured cardboard. We decide on a blue roof to represent the slate because we used pink for the tiles. We fit the two together and I am at last able to imagine the result. We start discussing the floor plan of the inside of the little house and come up with several interesting ideas. But by then it’s nearly midnight so we go to bed. 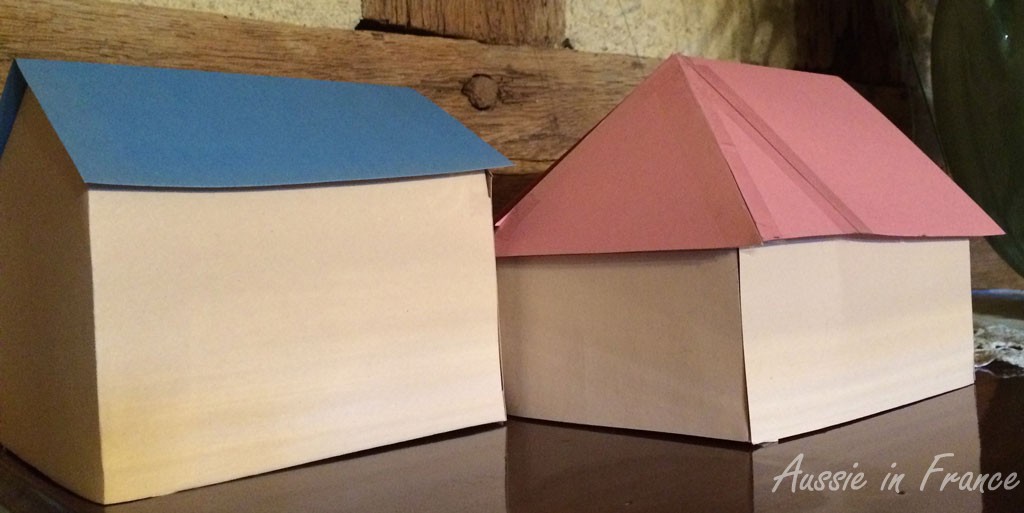 The barn on the left and the back of the little house on the right, with its new roof

Next day, I have another look at the existing roof and see that Jean Michel’s idea isn’t so bad after all. We’ll lose a boxwood bush and a small althea but the new roof is actually quite attractive. 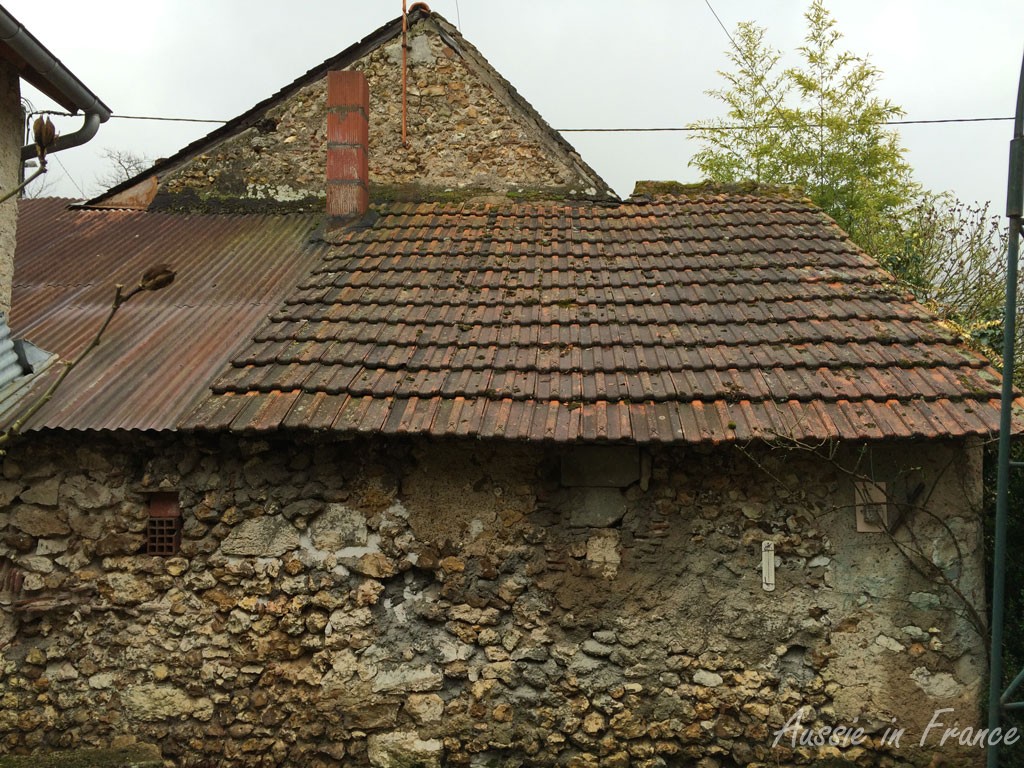 The back of the little house whose roof will disappear

One of the things we can add is an outside toilet which I’m very happy about. There is nothing worse than working in the garden and having to stop and change your muddy shoes to go to the other end of the house to the toilet, wash your hands or even get a glass of water. 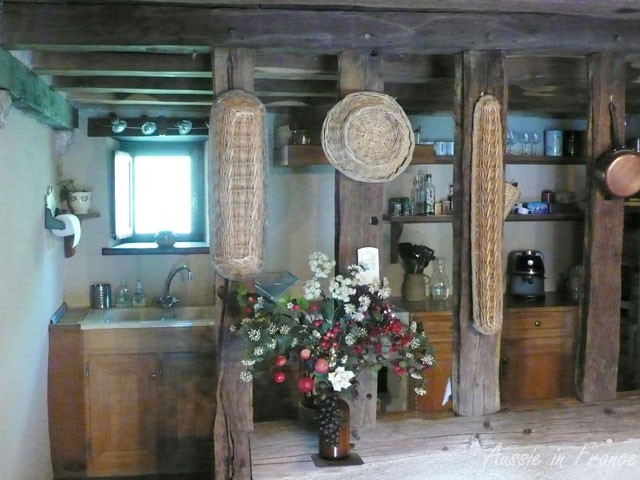 Making the scale model has inspired me. I’m now thinking about how to organise the inside so that it will be as attractive and practical for holiday makers as possible. All this won’t be happening for a few years yet, but we need to ask for planning permission and incorporate the future plans into any other work we do on the house in the meantime (such as installing a heat pump, renovating the barn to take the current content of the little house and providing a garage for our second car which has mainly been parked across the street for the last three years !)

Wish us luck and if you have any criteria you think are essential for rental accommodation, please share!

This entry was posted in Closerie Falaiseau, Renovation and tagged gîte, renovation in France. Bookmark the permalink.

14 Responses to A Mock-Up of the Little House