In this week’s Blogger Round-Up, Mary Kay from Out and About in Paris takes us to Bergamo in Italy where she was given a special guided tour of the San Pellegrino art nouveau building, while Janine Marsh from The Good Life France takes us to a flea market in Le Crotoy in the lovely Somme Bay on the coast of Normandy, one of our favourite cycling spots. To end up, Margo Lestz from The Curious Rambler introduces us to the gourd festival in Nice, “the perfect place to see all things Niçois”. Enjoy! 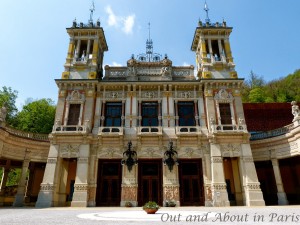 If you’ve ever ordered a bottle of San Pellegrino sparkling mineral water while seated on the terrace of a Parisian café or purchased a six-pack of the distinctive green bottles from your local grocery store, you may have noticed the elegant building on its label and wondered about its history. Thanks to a special guided tour of the Casino (Grand Kursaal) of San Pellegrino Terme yesterday afternoon, I now know that the building is one of the most famous examples of Art Nouveau (or Liberty Style as it’s called in Italy) structures in Europe. Recently restored at a cost of 10 million euros, it’s also one of the most impressive buildings that I’ve ever had the pleasure of visiting. Read more

Le Crotoy on the Somme France

Written by Janine Marsh from The Good Life France, an independent on-line magazine about France and all things French, covering all aspects of daily life including healthcare, finance, utilities, education, property and a whole lot more. 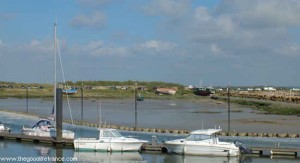 It was a lovely spring weekend in the north of France – perfect to indulge in the national French pastime of visiting a brocante. France is famous for its second hand markets, bric-a-brac markets, marche au puces, braderies and vide greniers – flea markets are known by several names and they are held in all regions.

They take place throughout the year but the majority are from March to October when better weather means stalls can be laid out in the streets of towns and villages. Some are small with just a few sellers and some are huge like the Lille Braderie with 10,000 stalls. Read more

Celebrating the Gourd in Nice

by Margo Lestz from The Curious Rambler, who lives in Nice, France where she likes to bask in the sunshine, study the French language and blog

Nice is a French city, of course, but it also has a strong and proud culture all its own. It was Niçois long before it was French and the people work hard to keep their Niçois traditions alive. It has its own language, anthem, traditional costumes, dances, songs, and food. The language is taught in schools and there are dance groups that perform at many events throughout the year. These associations ensure that the traditions are passed from generation to generation. And the calendar is dotted with several events each year that are typically Niçois. Read more