Do you ever get that sink or swim feeling as though you are about to go under and you don’t know how you are going to make your way up to the surface again ? 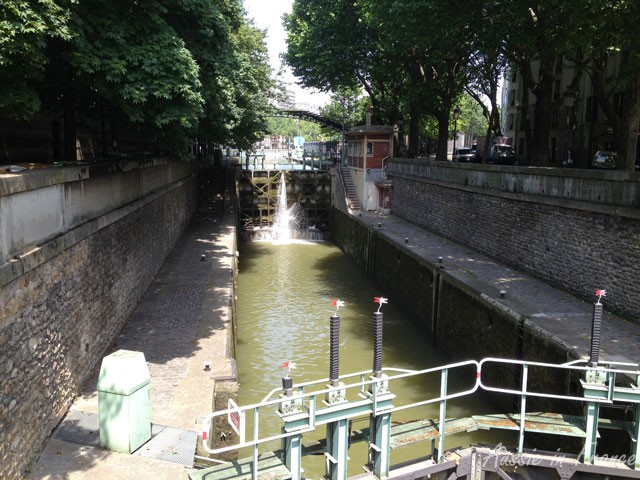 Sink or swim in a lock on a canal in Paris!

Everything you try to do goes wrong. You do things and make decisions that are completely out of character and that you regret afterwards. You can even believe you were stupid enough to do them.

That is exactly where I am right at this very moment. This morning I even made a pot of tea – and forgot the tea leaves. Nothing disastrous, I agree, but pretty indicative of my present state of mind.

I have this pile of papers on my desk that I am supposed to sort before we leave on holidays on Thursday and I just have to look at them to panic.

I received my new Visa card in the mail some time ago. I have no idea what happened to it after that. I’ve had to cancel it and order another one. Will it arrive in time ?

I broke the glass on my iPhone taking a photo through a gate. I contacted the insurance who asked me for two documents and organised a replacement iPhone which must have been stolen along the way because it never actually reached me. I had to go to the police station and report it. I’ve been asked 3 times for the two documents which I have now sent three times : email, uploading on the website and by snail mail. It was much faster the time I lost it in Spain.

Two weeks later, I have finally been informed that my file is being processed. In the meantime, I decided to use my points and buy a new iphone since Jean Michel said he’d be happy to have my old one as his bathtub is part of the job he’s retiring from in October.

Now this is where I did my next stupid thing (the first was dropping the iPhone). I was talked into ordering a hot pink iPhone 5c by the guy at Orange. Not only is it really hot pink, it turns out not to have the same camera as the 5S as he assured me it did. 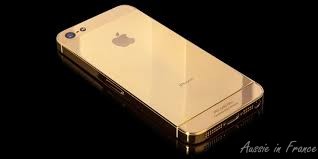 I sent it back and ordered a 5S. And here’s the third stupid thing I did. Wait for it – on Saturday, I ordered a GOLD 5S with a white front. I can’t believe that I did. I do not want a GOLD iPhone. I have no idea what prompted me to order it. I have no excuse. The girl at Orange did NOT talk me into it.

When I realised what I had done, I immediately phoned Orange and was told there was no problem, it was not too late, it hadn’t left the warehouse. I could have a gris sidéral instead. Whew !

Only it wasn’t true. Shortly afterwards, I received an SMS telling me to send the GOLD iPhone back. I phoned and was told it was too late to change the colour. After a lot of persuasion, I was told that EXCEPTIONALLY they would send me the grey one as well and I just had to refuse the gold one at the pick-up point and it would all eventually be sorted out. Someone would phone me on Monday to confirm.

There was no phone call on Monday so I rang back. There was NOTHING in my file to say that I had even requested a gris sidéral. That means that two people lied to me just to get rid of my call. That is the only conclusion I can come to.

So tomorrow I shall pick up the gold iPhone, open the box, fill out the return form, close the box, send it back by Chronopost and cross my fingers that it will be credited in time to order a gris sidéral before I leave France on Sunday. Unless, of course, when I see it, it’s not as bad as I thought. Otherwise I will just have to put up with my broken screen for another month. I really need a holiday.

P.S. Have now picked up my iPhone which isn’t gold at all but an attractive champagne colour. All that angst for nothing. But the bank doesn’t know anything about the Visa card. Sigh.

This entry was posted in Life and tagged gold iPhone, Orange. Bookmark the permalink.

One Response to Panic à bord and the iPhone saga