Posted on November 7, 2014 by Rosemary Kneipp

The exceptional warmth in France (and most of the northern hemisphere from what I can gather) this year has everyone talking – incorrectly as usual – about the été indien which is a literal translation of Indian summer. 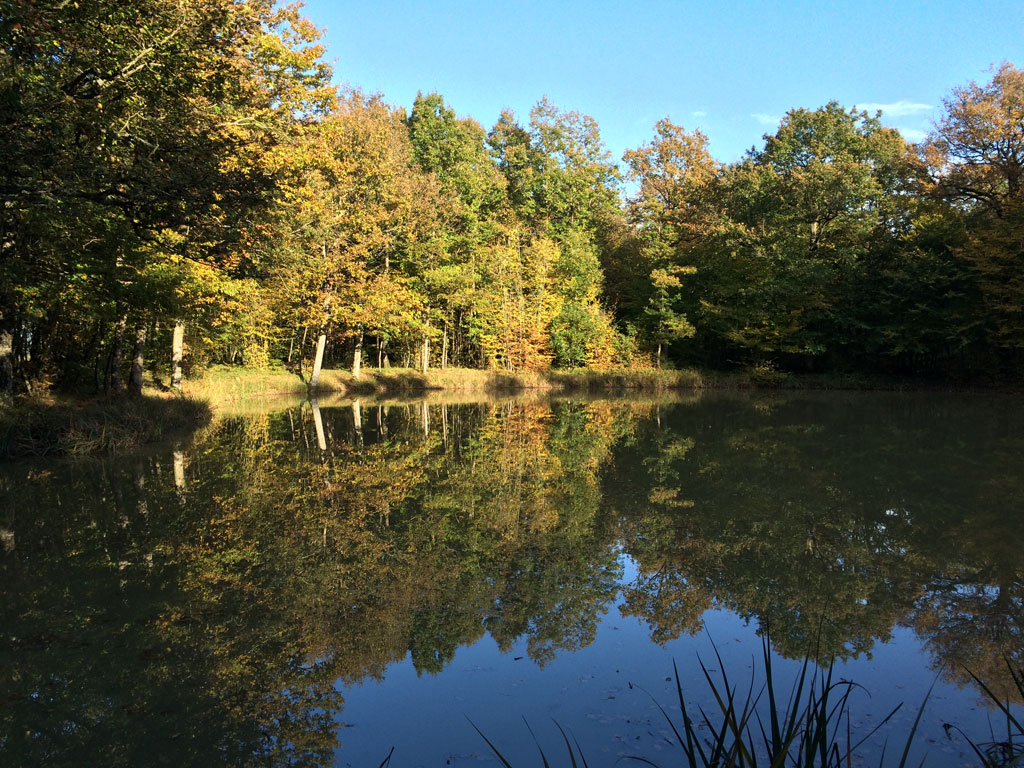 A typical day in autumn this year, though technically not an Indian summer because we haven’t had any frost yet and it’s not November 8 yet!

The real meaning of l’été indien is a period of unseasonably warm, dry weather after the first frosts in autumn and just before winter. It occurs either in October or the beginning of November and can last from a few days to more than a week or not happen at all.

Most French people use été indien to mean the warm sunny days that we often get in September and then use été de la Saint-Martin or été de Vireux for what is known as an Indian summer, defined by the US National Weather Service as conditions that  are sunny and clear with above normal temperatures, occurring late-September to mid-November. It is usually described as occurring after a killing frost.

“As well as being warm, the atmosphere during Indian summer is hazy or smoky, there is no wind, the barometer is standing high, and the nights are clear and chilly. A moving, cool, shallow polar air mass is converting into a deep, warm, stagnant anticyclone (high pressure) system, which has the effect of causing the haze and large swing in temperature between day and night. The time of occurrence is important: The warm days must follow a spell of cold weather or a good hard frost. The conditions described above must occur between St. Martin’s Day (November 11) and November 20. For over 200 years, The Old Farmer’s Almanac has adhered to the saying, ‘If All Saints’ (November 1) brings out winter, St. Martin’s brings out Indian summer.’ ” Much more strict than our current use.

Saint Martin actually died in Candes on November 8 but the fête de l’été de la Saint-Martin is celebrated on November 11 – don’t ask me why.

Vireux is more problematic. My Robert Etymological Dictionary is still in a carton somewhere (and I can’t find the notebook linking up the carton numbers with their contents …). Vireux normally means noxious but it also comes from virer meaning change, seen in expressions such as virer de tout vent – to be as changeable as a weathercock.

It sound like a plausible explanation, doesn’t it? The idea of changing over to winter.

What do you call an Indian summer in your country?