I’m off to visit Château de Chaumont with Black Cat and the Flying Dutchman. I suggest we park along the Loire and take the front entrance to the castle. Not a good idea. It’s closed so we have to walk a kilometer up the hill at a nearly freezing 2°C.  Stoic, the Flying Dutchman does not complain about leaving his earmuffs behind. 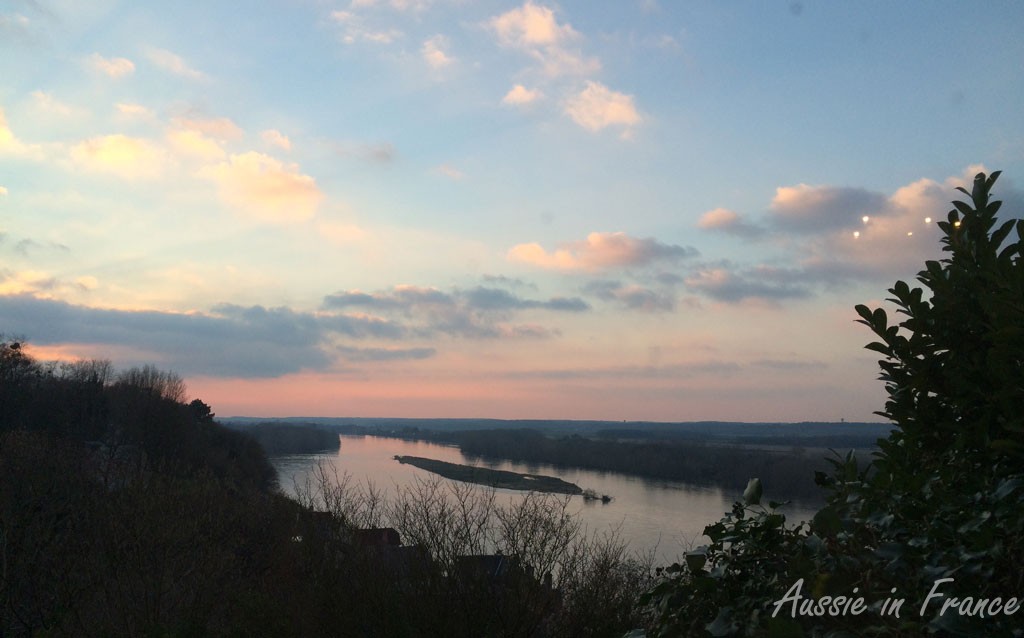 View of an island in the Loire from inside the castle

We take the back entrance, next to the parking lot where we usually leave the car, and walk through the gardens towards the château which is just as beautiful as it usually is, despite the cold, because at least the sky is a wan blue.

Chaumont has a spectacular view of the Loire River below. It initially belonged to Catherine de Medicis but after the death of her husband Henri II in 1560, she swapped it with Henri’s mistress, Diane de Poitiers, for Chenonceau. Diane was understandably very disappointed in the exchange and preferred living in the Château d’Anet to the west of Paris.

There are not many people which is always pleasant when visiting and I am surprised to discover that there are lots of things I missed the last time. 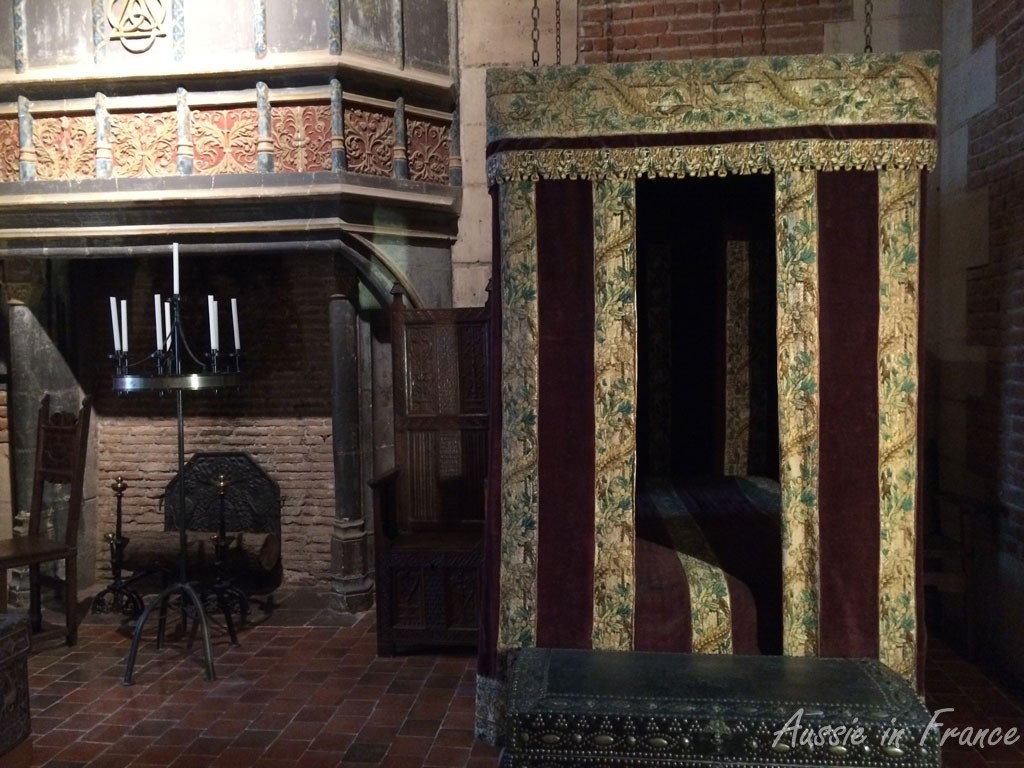 In the Ruggieri Room assigned to Catherine de Medicis’s personal astrologer, I suddenly realise the connection with the Astrological Tower near the old Commodities Market (Bourse du Commerce) in Paris where we used to live.

We then closely examine a series of seventy medaillons and eight moulds produced in the 18th century by the Italian artist Jean-Baptiste Nini. The delicately sculpted medaillons depict celebrities of the time such as Louis XV, Louis XVI, Marie-Antoinette and Benjamin Franklin as well as members of the Leray famille, who owned the château at the time, and the local bourgoisie – doctors, lawyers, etc. 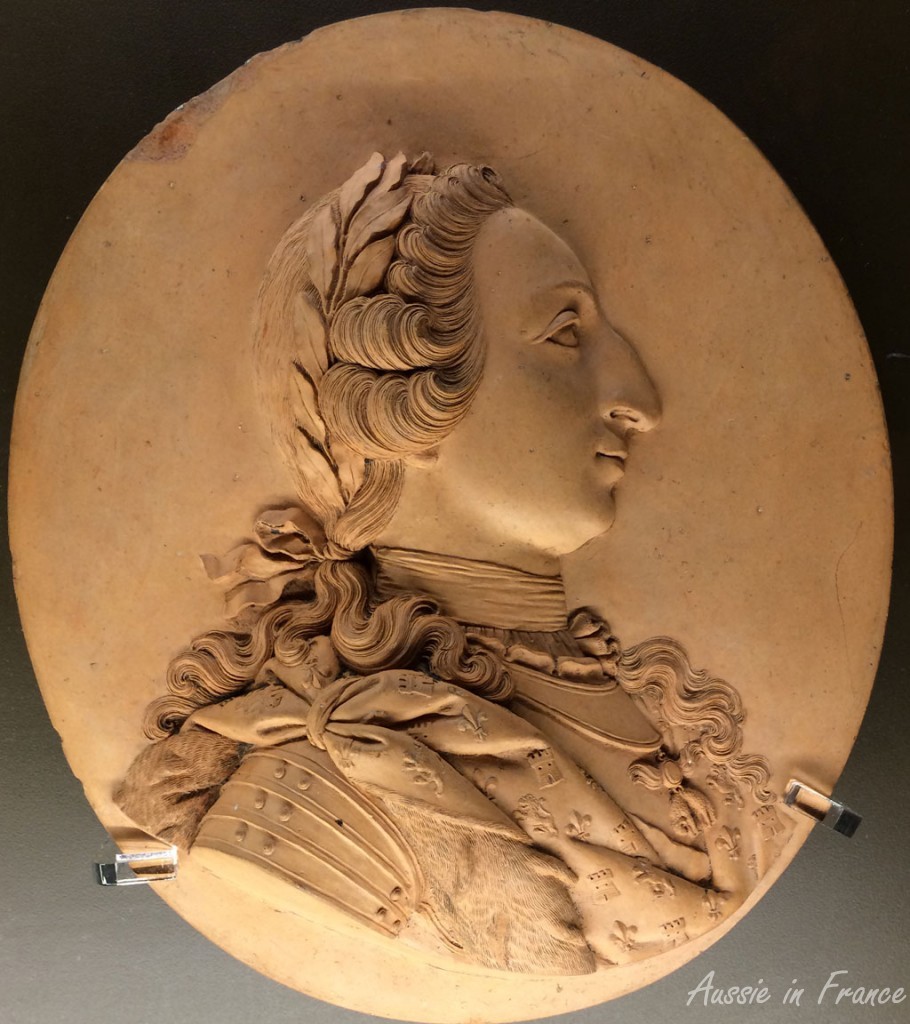 The aristocratic nose of Charles III of Spain

The beautiful 17th century majolica floor in the Council Room which originated in Collutio Palace in Palerma in Sicily and acquired by the last owners, the Boglie family,  provokes an interesting discussion about transporting art and archeological works from other countries.

At another point we spend time looking at old photographs of the Broglie family showing the fashions and moustaches of the time.  When Princess Henri-Amédée de Broglie, the granddaughter of sugar magnate, Louis Say, first saw Château de Chaumont as a child, she immediately declared “Je veux ça, je veux ça” (I want that). In 1875, at the age of 17, she became the owner of the castle and the one thousand and so hectares around it. Hard to imagine. 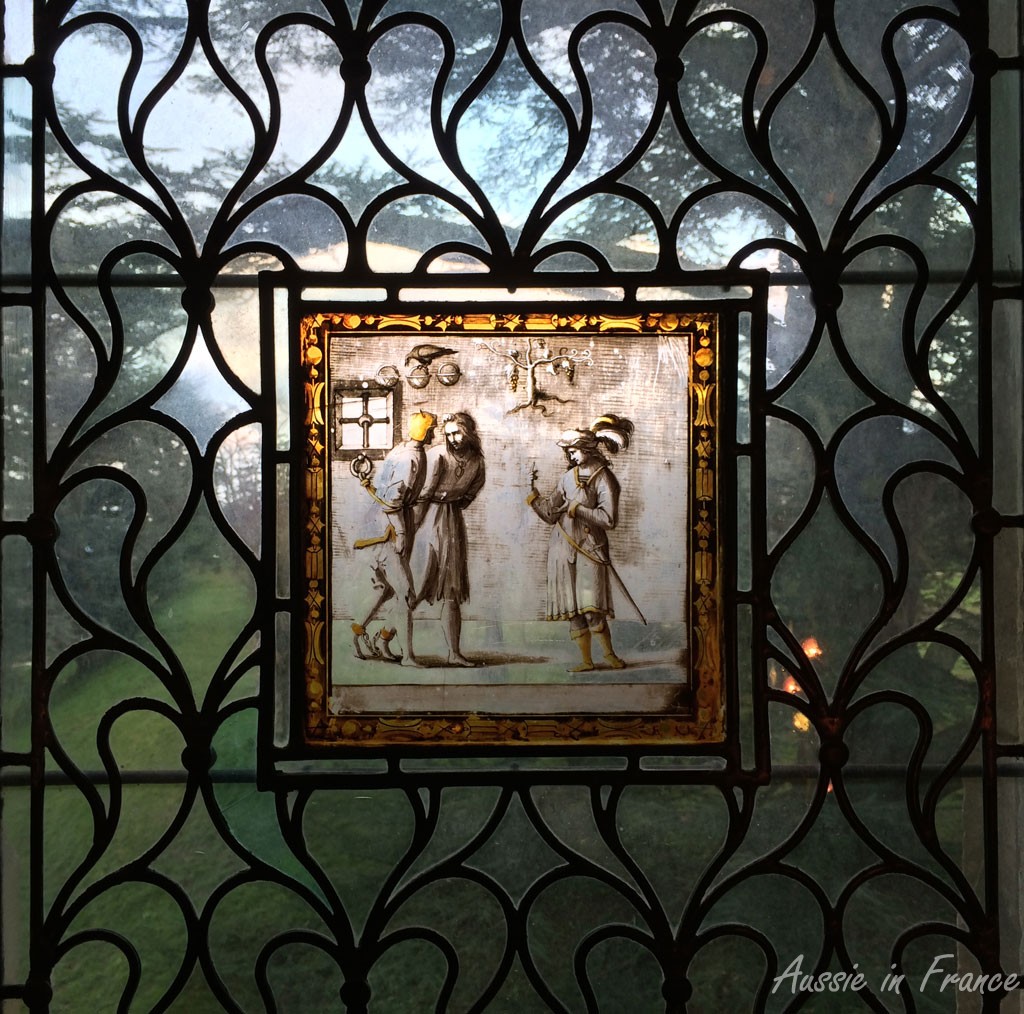 One of the giant cedars in the park surrounding the Château, seen through a grisaille window

It’s closing time before we know it so we walk very quickly down the hill in the cold spurring each other on with thoughts of tea and Christmas cake in front of the fire!

This entry was posted in Architecture, Loire Valley châteaux, Uncategorized and tagged château de chaumont in winter. Bookmark the permalink.