My top ten châteaux and castles in the Loire Valley are the four “Cs” – Chenonceau, Chambord, Cheverny and Chaumont – followed by the royal castles of Amboise and Blois, all of which are located in the same general area, then Azay le Rideau, Ussé and Villandry, which form another geographical group, and Valençay, out on its own. 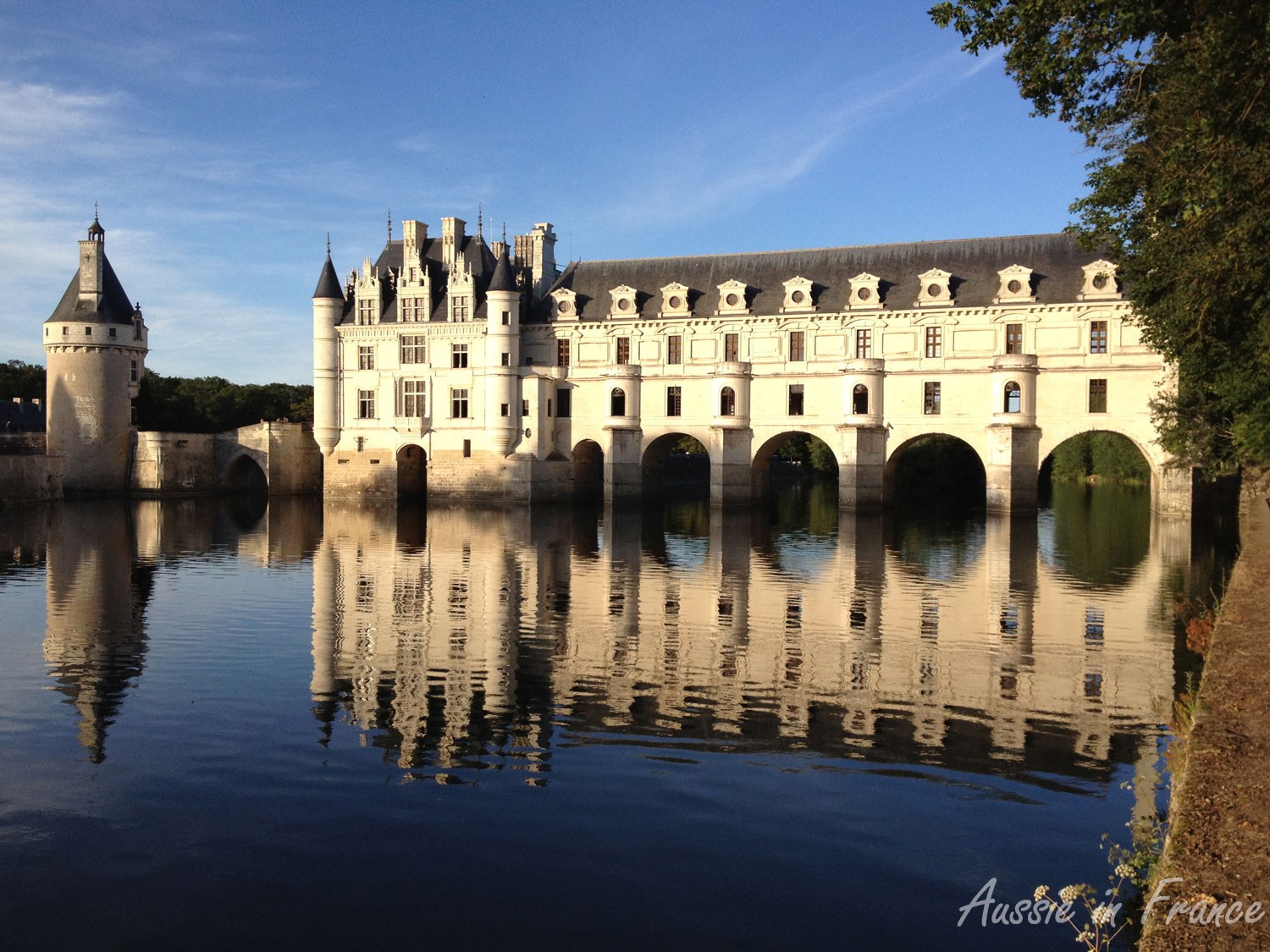 But there are many others, all with different appeal, that are well worth a visit. Langeais is a royal castle and fortress, while Villesavin, Montpoupon and Beauregard are châteaux.

The Royal Castle of Langeais, built in 1465 by King Louis XI, is an excellent example of a late mediaeval fortress, with a drawbridge in working order and a parapet walk with stunning views open to visitors. 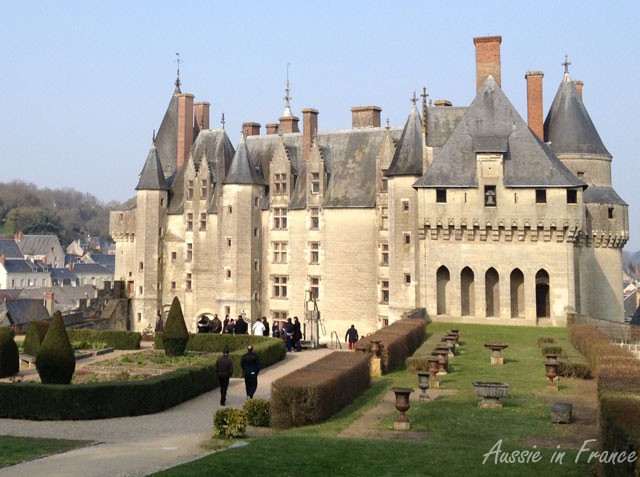 The rear façade of Langeais

The interior furnishing is typical of the period, with sculpted wooden chests and fine tapestries. Fifteen wax figures give a lifelike representation of the secret marriage of Charles VIII and Anne de Bretagne in 1491 when Charles was 21 and Anne only 16. 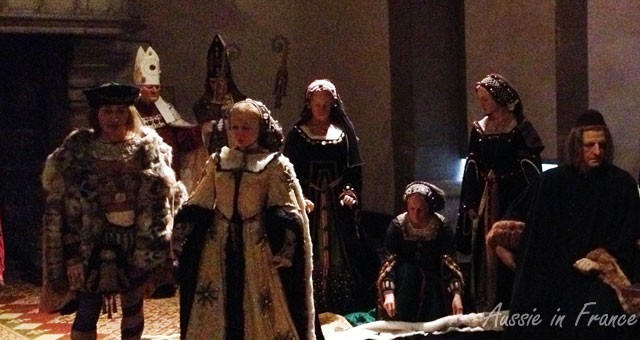 The secret marriage of Charles VIII and Anne de Bretagne

A large park behind the château offers an excellent view of the Loire and even has (reconstructed!) mediaeval scaffolding. In the summer, pageants are often performed and we were lucky enough to witness a simulated wedding between a young lady called Raoulette and a man whom she had never seen, chosen by her upwardly mobile parents for his wealth.

Château de Villesavin, which isn’t really a castle, is an hour’s ride on horseback from Château de Chambord and was actually a glorified worksite hut built at the beginning of the 16th century by Jean Le Breton who was François I’s minister of finance and in charge of the construction of his “hunting lodge”. 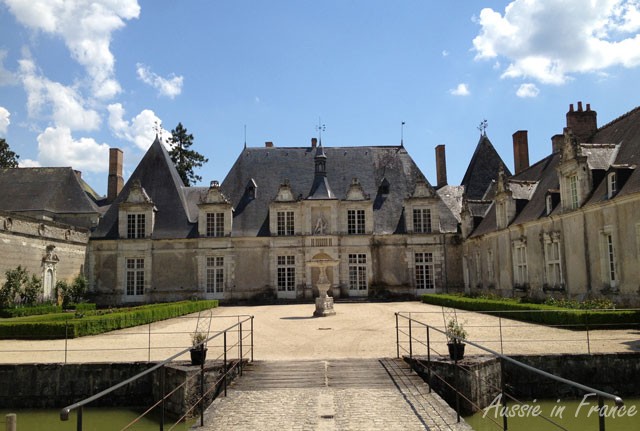 The inside of the building isn’t particularly interesting, except for the “try-out” for the monumental staircase at Chambord and the kitchen, which has a few original features. Photographs of the interior are not allowed, unfortunately.

Far more interesting is the 19th century wedding museum with its large collection of wedding dresses, headdresses and globes! 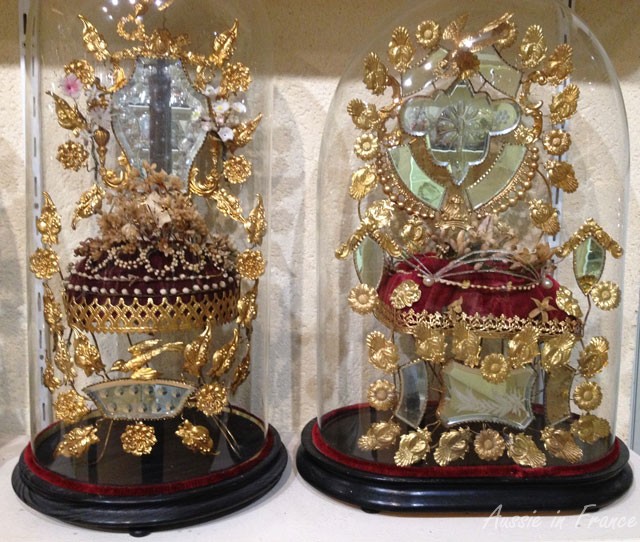 In the grounds there is well-preserved dovecote with a spiral ladder and 1,500 dove cells. A second museum  contains horse-drawn carriages and a large number of children’s carriages. The annual chocolate fair is held duringthe third weekend in October.

Château de Montpoupon, just 10 minutes from Château de Chenonceau, is an excellent example of what can be done to make a small family château attractive to the public. A recorded conversation between a young girl and her father, for example, is used to take the visitor through the living and dining rooms and King’s Bedroom downstairs and the family bedrooms upstairs. 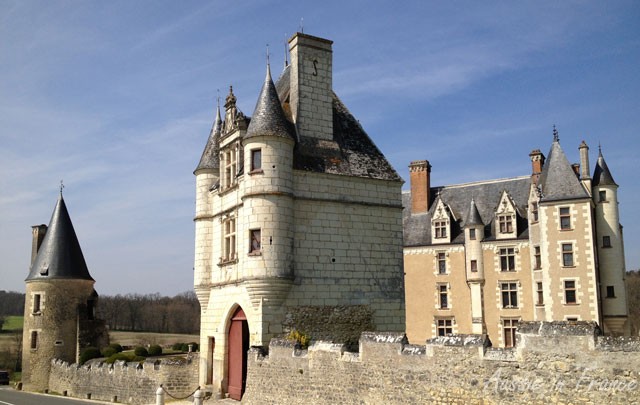 fMontpoupon as you see it from the approach

Initially a mediaeval castle built by a Germanic clan at the time of Charlemagne, it has been converted over the centuries into a château. The towers from the original castle are 13th century, the main block is 15th century but built in a somewhat older style,  and the gatehouse 16th century.

The extensive 19th century outbuildings contain several exhibitions relating to the Hunt, which was and still is, one of the main activities of the various owners down the centuries. 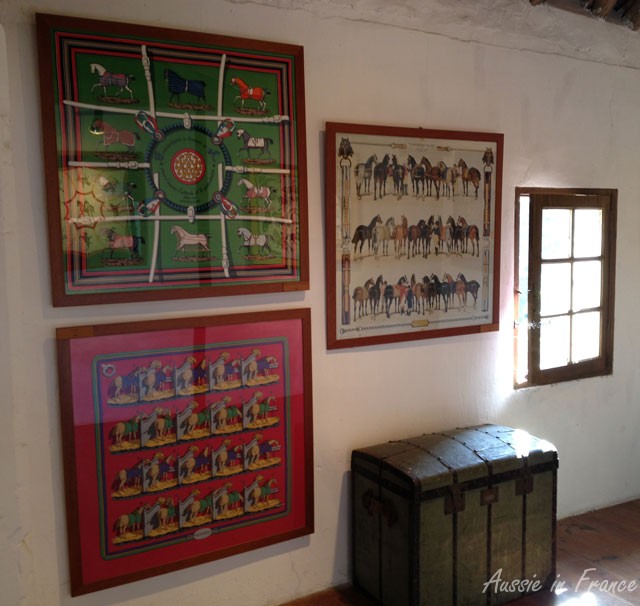 The lovely collection of Hermes scarves at Montpoupon

In particular there is a large display of Hermès scarves which were originally an integral part of the hunting scene.  A most enjoyable visit.

The Auberge de Montpoupon next door is open from 1st April but there are also several places to eat in Chenonceau with a view of the château, and other possibilities in Montrichard. 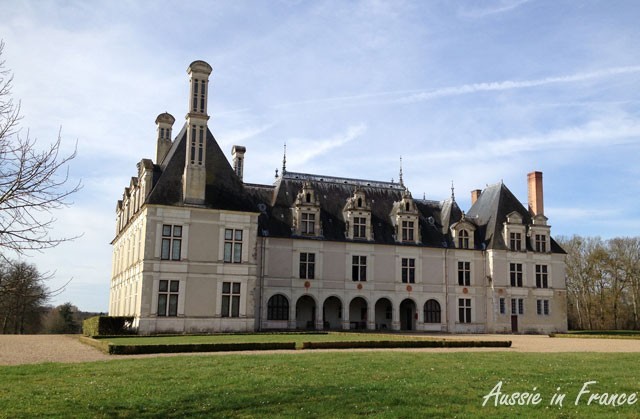 The rear façade of Beauregard

The harmonious Italianised architecture includes arcades in the gallery surmounted by terracotta medallions. Its high white chimneys “à la Chambord” are incrusted with slate. All that remains of Jean du Thier’s interior decoration, however, is the Cabinet des Grelots, his work cabinet, with its delicately sculpted caisson ceiling completed in 1554 by the royal cabinetmaker Scibec de Carpi. 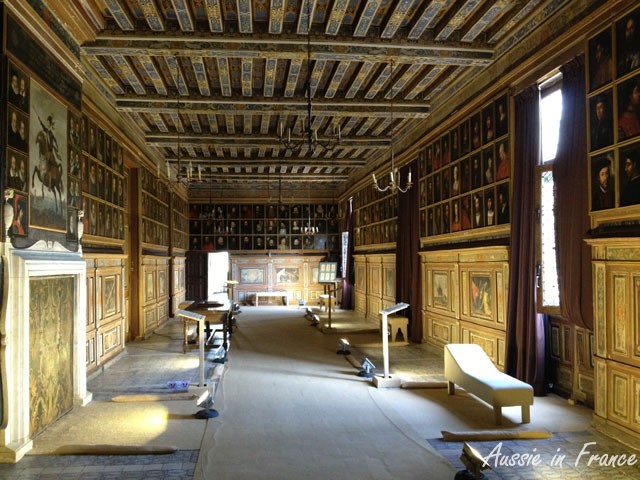 The stunning portrait gallery at Beauregard

10 Responses to The Secret Châteaux of the Loire Valley – Langeais, Villesavin, Montpoupon & Beauregard