When I first visited Château de Chaumont in 1997, I found it very delapidated. Last summer we spent a wonderful afternoon there during the annual garden festival. I discovered yesterday that it has been totally renovated inside and is now quite stunning! The château as it stands today was rebuilt by Pierre Ier d’Amboise en 1468, then by Charles II d’Amboise from 1498 to 1511. The construction was continued in 1562 when Diane de Poitiers was ousted from Chenonceau by Catherine de Medicis. It was restored by Prince de Broglie  between 1875 and 1900 at which time the stables were also added. 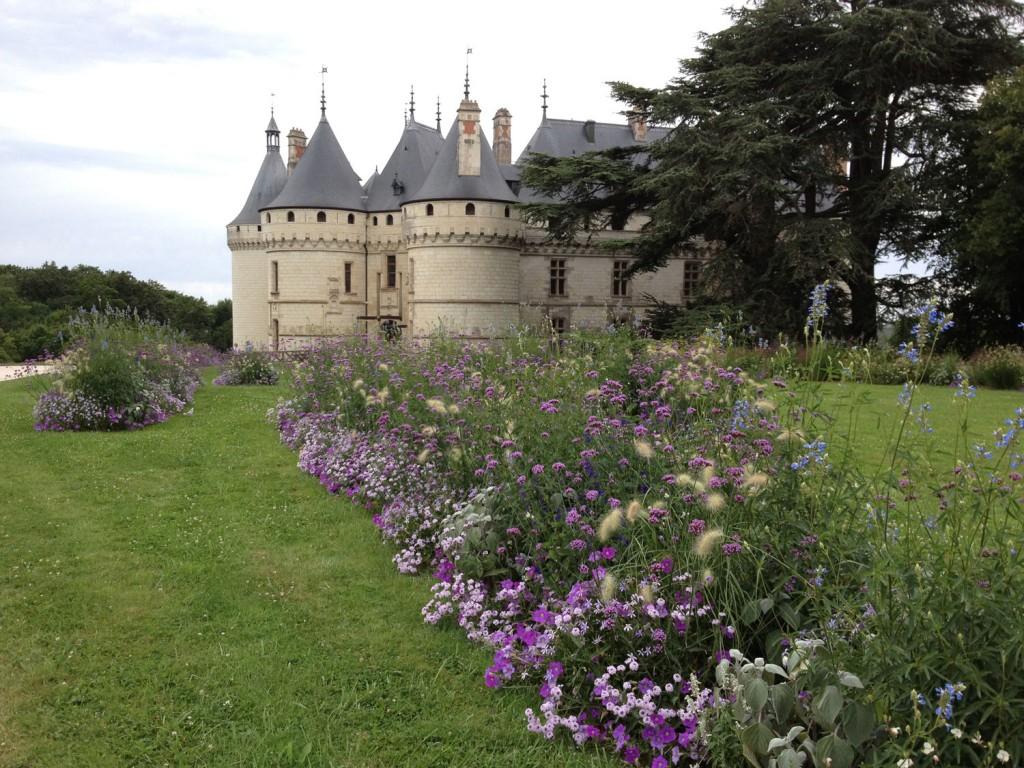 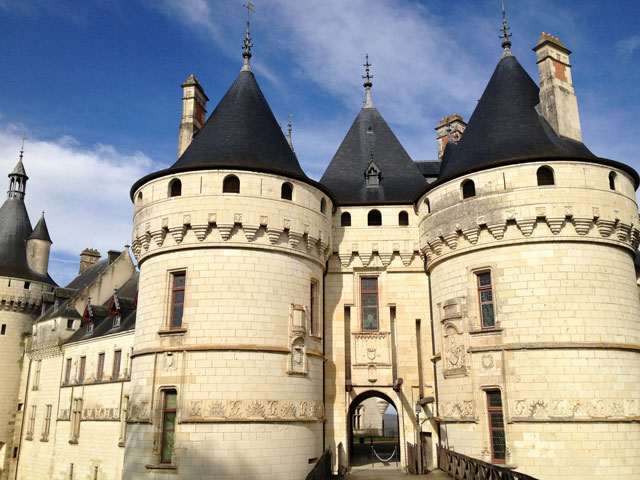 The entrance to the château with its stone frieze 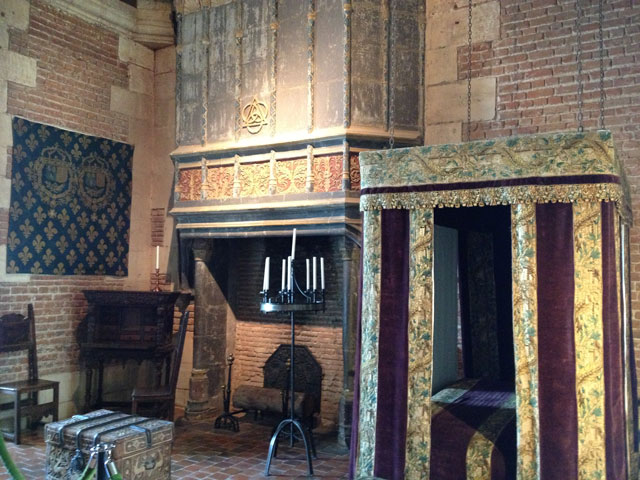 The bedroom of Cosimo Ruggieri, one of Catherine de Medicis’ astrologists 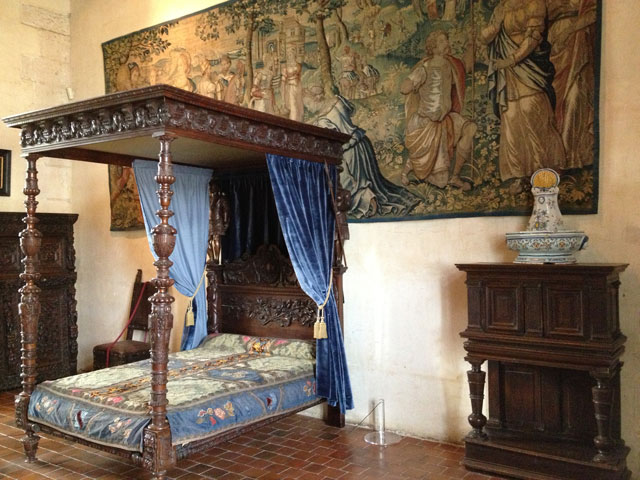 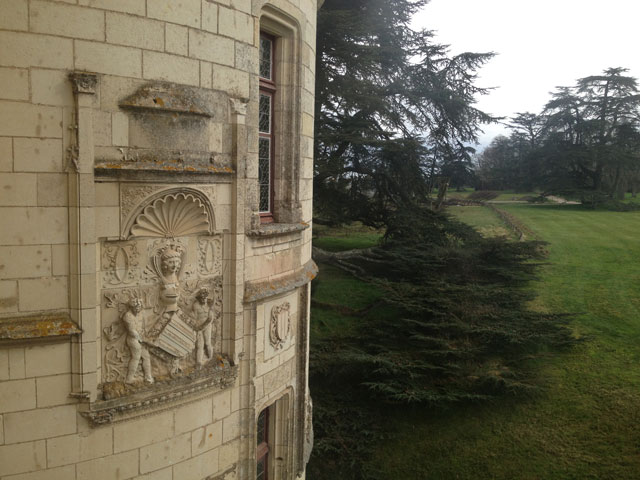 A view of the Loire showing an allegorical bas relief 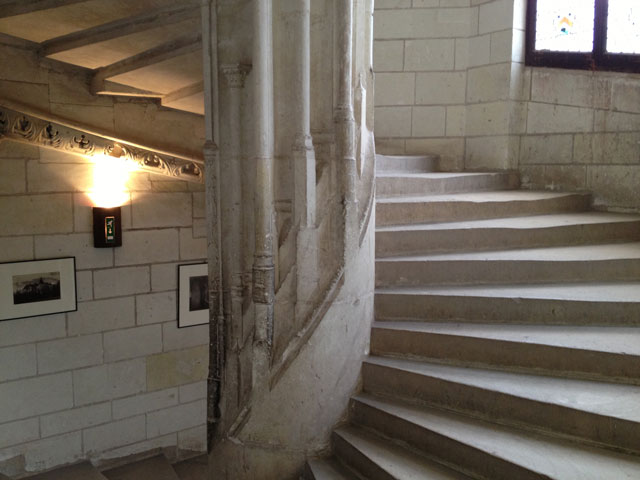 The main staircase with its beautifully sculpted central pillar 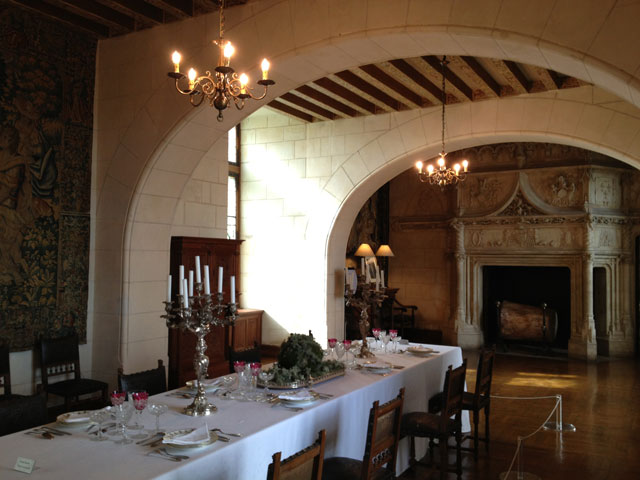 The dining room with its Gothic fireplace 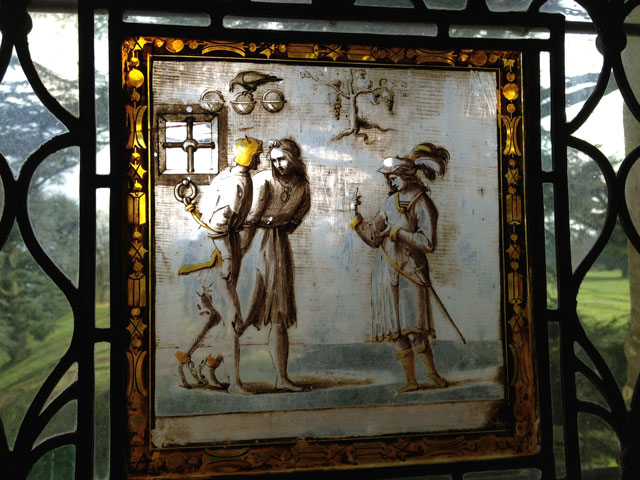 One of the many grisailles 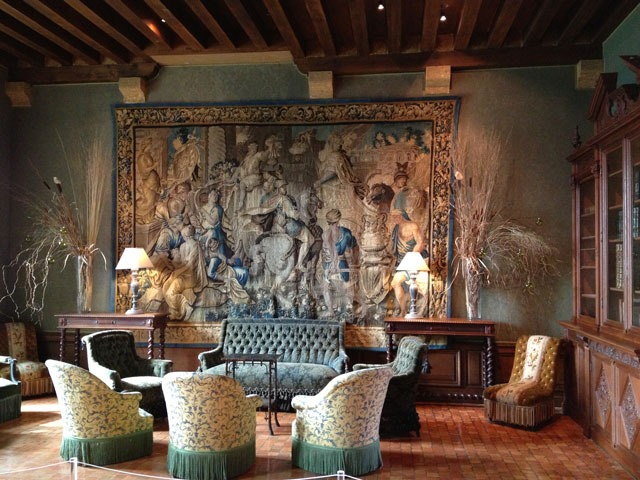 The library with its Aubusson tapistries 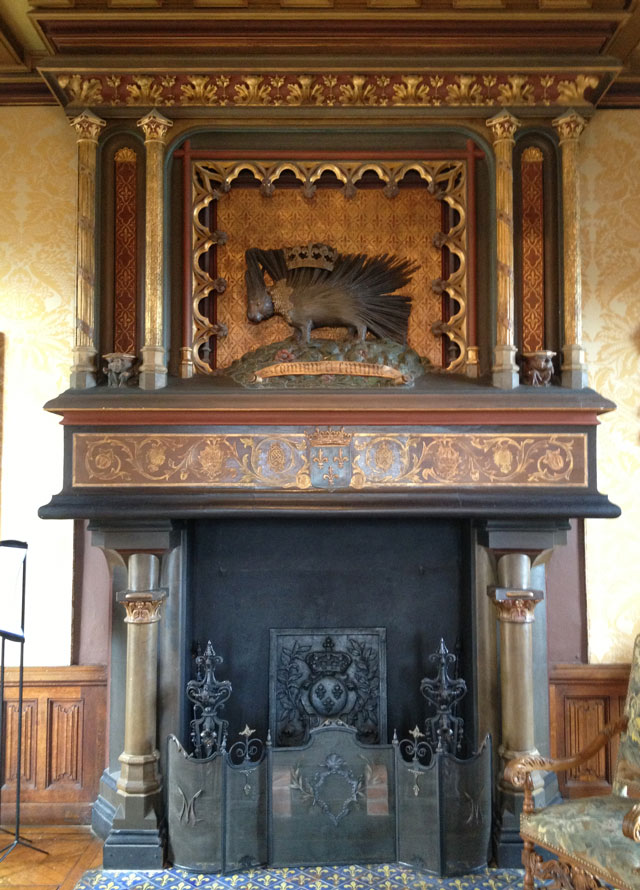 Monumental fireplace in the Grand Salon 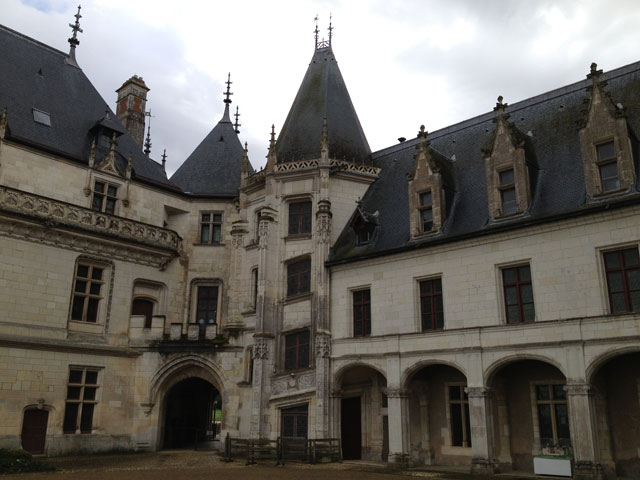 The inner courtyard with its Renaissance staircase