Posted on February 7, 2015 by Rosemary Kneipp

The first time I went to Granada was in the spring of 1976 when I was young and naive. I was living and working in Pau in the French Pyrenees and had befriended a woman called Anne Marie who ran a hikers’ refuge in the mountains in the summer months. She suggested we go on a hitchhiking holiday to Spain. After the repressive era of the dictator Franco, young women – and foreigners in particular – were easy prey so Anne Marie insisted we wear obstentious signs of religion so that the men would leave us alone. I had a large coloured ceramic cross! It worked. We were never bothered. 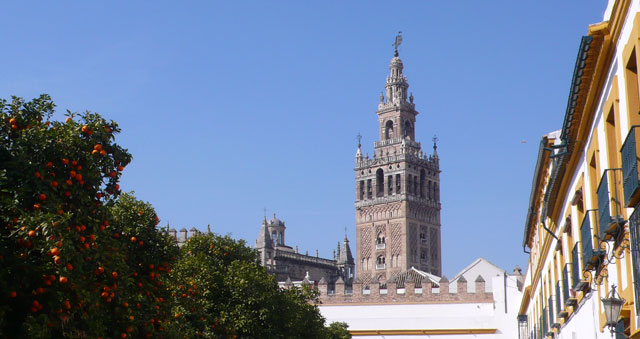 It was a whirlwind trip. Anne Marie had omitted to inform me of two major details: she had no money and she had a rendezvous with her Spanish lover in Sarragossa at the end of the trip, which was a surprise to me because first, she was married and I knew her husband, and second, she was not my idea of a femme fatale.

When she came to collect me, she proceeded to empty half my backpack, which meant that I had only the barest of creature comforts. It was not until a year or so later that someone pointed out to me that my superduper backpack contained a small rubber mattress.

Anne Marie was used to sleeping on the ground when mountain-hiking but it was a rude  shock when I had to sleep on hard concrete in a sleeping bag for the first time in my life. I know that we went to Seville, Granada and Cordoba but since I left my camera behind in the train to Madrid, I have nothing to jog my memory and my subsequent visits to Seville and Granada have contained no familiar places. 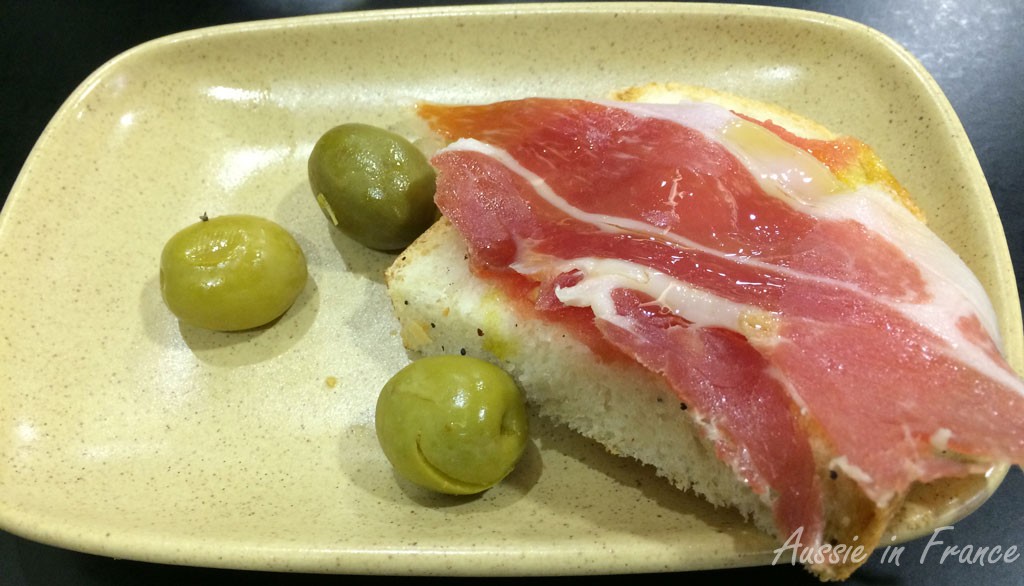 I don’t remember our tapas being this sophisticated in 1976

We mainly ate bread and tapas which, at that time, were free. You just had to buy a drink to eat any of the little « lids » of olives, ham and cheese set out on the counter. I can remember being hungry. I would have been happy to buy food for both of us but Anne-Marie wouldn’t be any part of it and I had to eat what she ate.

From Cordoba, we were supposed to hitch-hike up the Sierra Nevada to Madrid but rides were scarce so we ended up taking the train on the last stretch, then another train in the direction of Saragossa. By the time we arrived in some little town I can’t remember it was close to midnight and Anne-Marie managed to find a double bed in someone’s home that sank badly in the middle. Only mildly better than hard concrete.

The next morning we hitch-hiked the rest of the way to Saragossa and arrived late for the rendezvous with the Spanish lover on the steps of the Cathedral. We waited about an hour before we finally left with Anne-Marie in tears. About ten minutes later, she decided to go back to the cathedral steps and there he was, waiting for her!

We drove out of town to a forest in his Mini and I waited in the car and dosed while they went off into the forest. How I/we got back to Pau I don’t remember. It’s a long time ago, but I didn’t ever go on holiday with her again!

My next trip to Spain was a couple of years later when I did a two-week language course in Salamanca while studying translation at ESIT. This time, I hitch-hiked by myself down to San Sebastian just over the French border then took the train the rest of the way. I boarded with a family in their small apartment. I was still not used to people with children actually living in anything other than a house and my day-to-day Spanish was virtually non-existent.  It was a strange experience. I also only  knew the third person of verbs so would have to say things like “she’s going out now – me”.

One day the landlady asked if I had any ropa. When I couldn’t work out what she meant, she called in the other boarder, a German girl to explain that she wanted to wash my clothes. After that, everyone assumed that I didn’t speak a word of Spanish and they wouldn’t actually believe that I had understood a whole conversation about the stock exchange (la bolsa). I knew a lot of financial and technical vocabulary from ESIT but we had never done any texts on washing clothes.

It was the same occasion on which I went to visit Avila, home of Saint Teresa of Avila and saw her little finger. It put me off relics for a lifetime! Don’t worry – I don’t have a photo of that either! 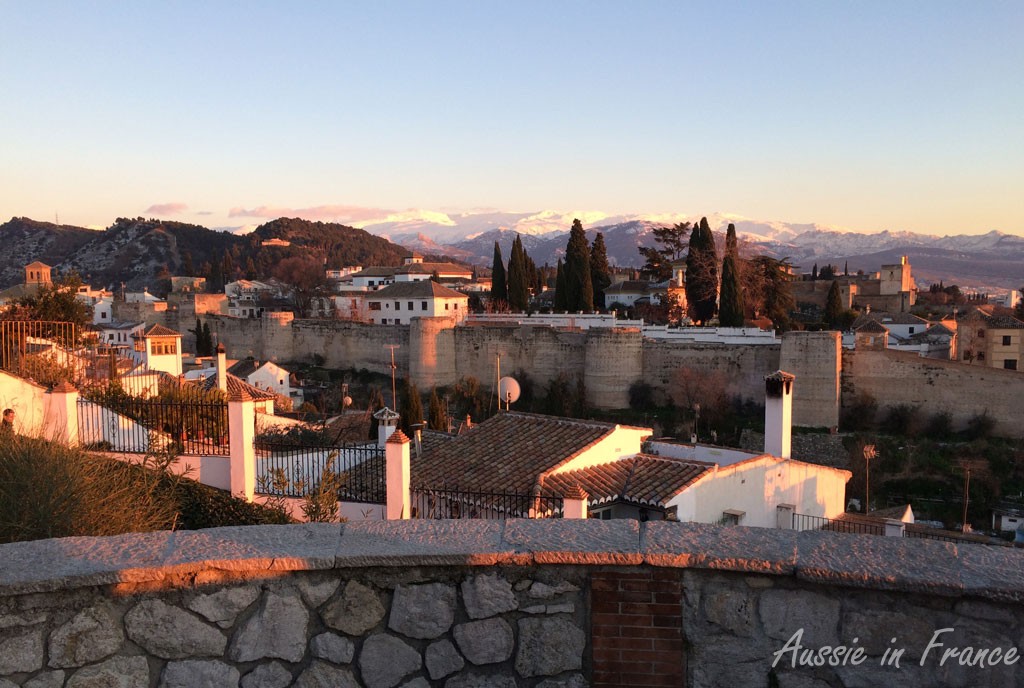 Sunset over the Alhambra in Granada

I have retained a surprising amount of vocabulary but have never actually learnt to speak or understand the language with any ease. But when we travel, I get by especially if I practise what I want to say beforehand but I’m often discouraged. I have less formal learning in Italian and can understand (and speak) a lot better.

I’m not sure I’ll ever need Spanish again though, because I think we have exhausted our possibilities here. Next time, we’ll go back to Italy for the sun!

This entry was posted in Spain, Travelling. Bookmark the permalink.

13 Responses to My Spanish Past