Posted on September 29, 2015 by Rosemary Kneipp

We have Andrea from Rear View Mirror to thank for our unique visit to the Hungarian city of Szeged today. She was lucky enough to enjoy it with both snow and sunshine! In 1879, the town was flooded and only 300 out of 5,500 houses remained. Most of the European countries contributed to its reconstruction resulting in one of the first examples of total town planning. Practically every style from the end of the 19th century is represented. 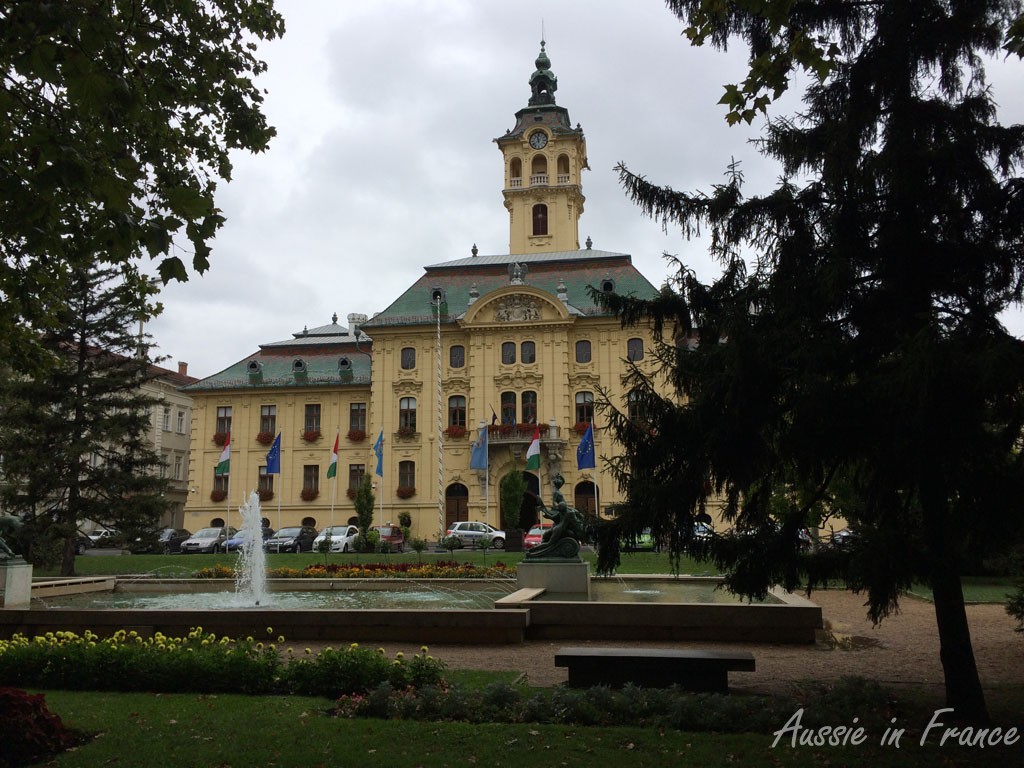 The town hall is the first building we see in Szedeg

We arrived around midday and left at 3 pm with two parking tickets on our windscreen! The very nice girl in the excessively difficult-to-find tourist office said they she has been told that foreigners are not pursued for parking fines. Let’s hope so! There are different zones and you need to buy a parking permit from a newsagency. One day costs around 7 euro and you can park in any zone. That was the only negative point about Szeged! 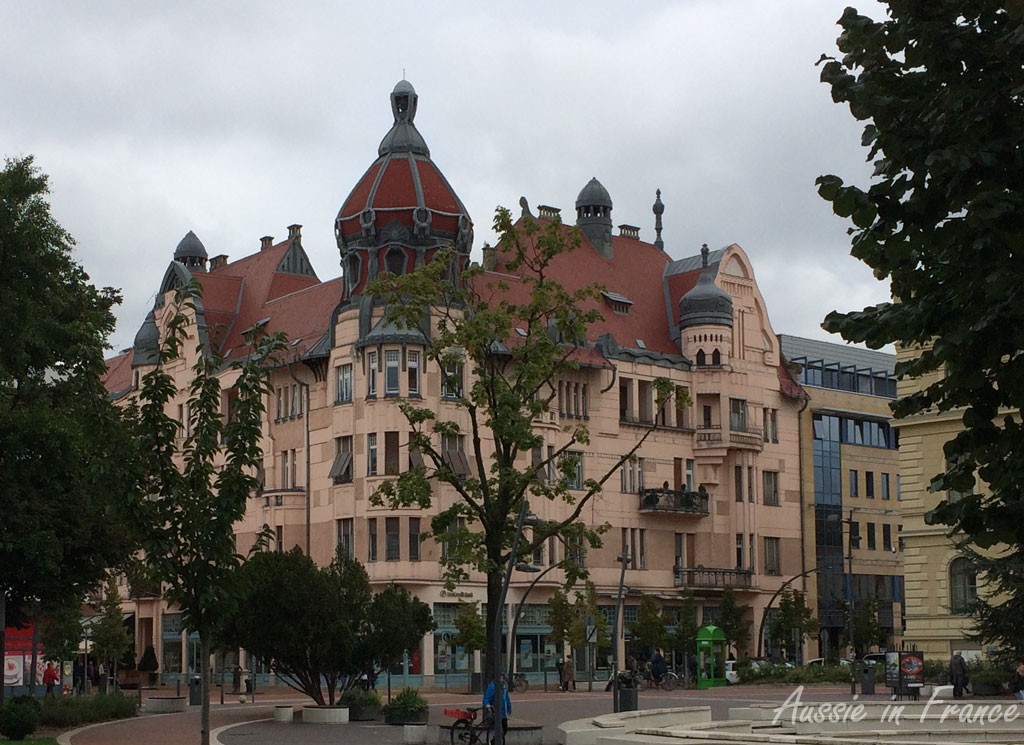 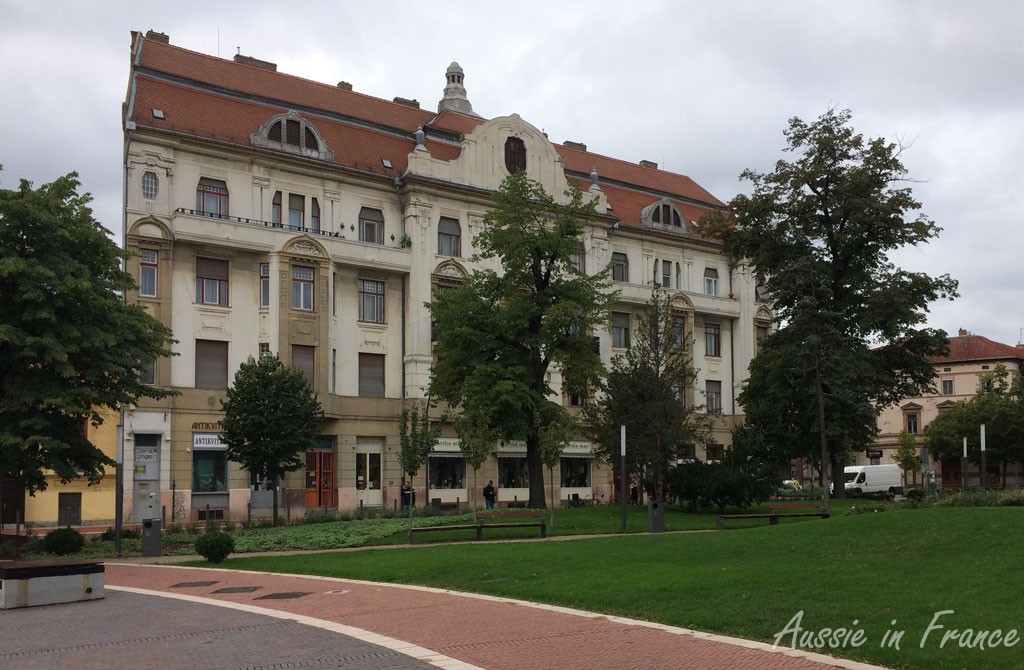 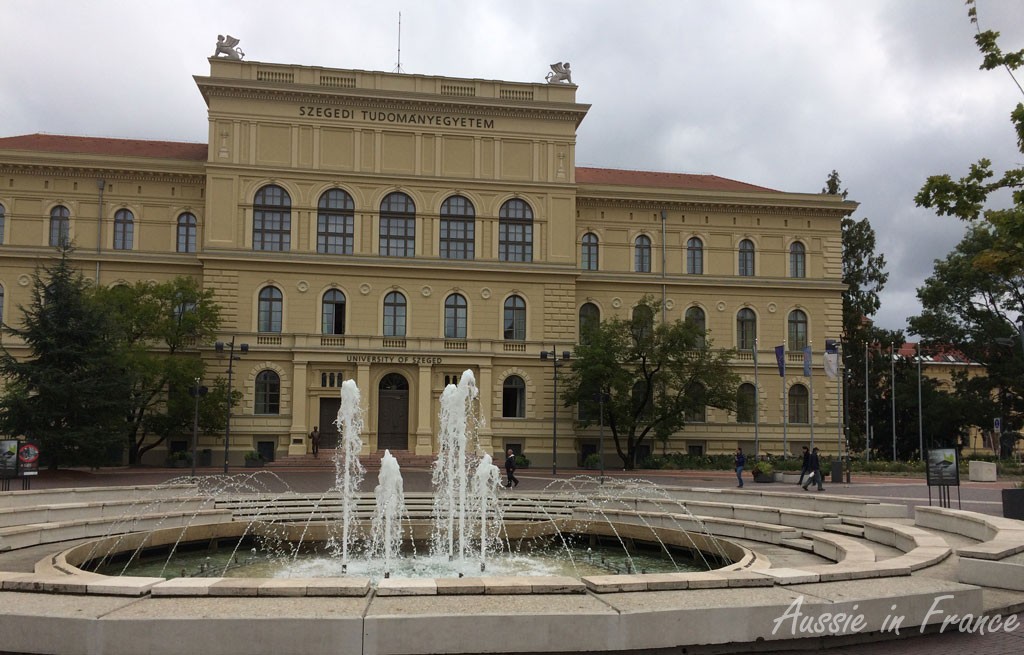 We had an excellent “business lunch” in a restaurant called Alabardos Etterem es Borozo just near the Cathedral. We had a three-course meal, a glass of wine and coffee for 4000 florints for 13 euros for the two of us. I don’t think we have ever paid so little for a meal anywhere in the world! 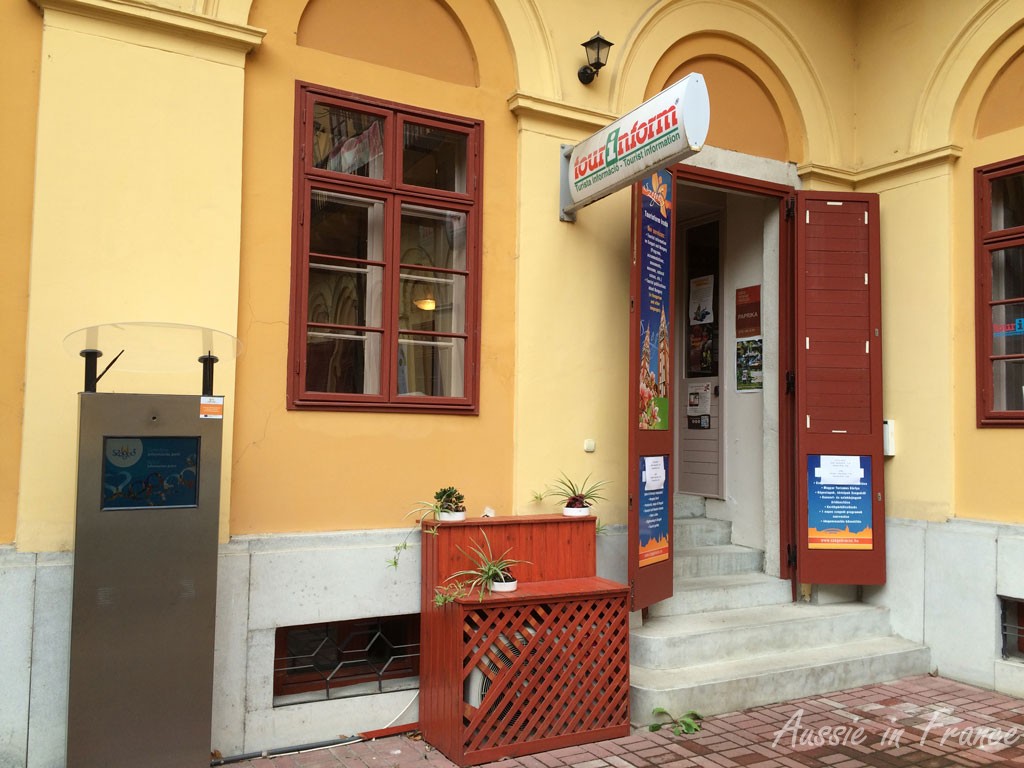 The tourist office is hidden away in a courtyard 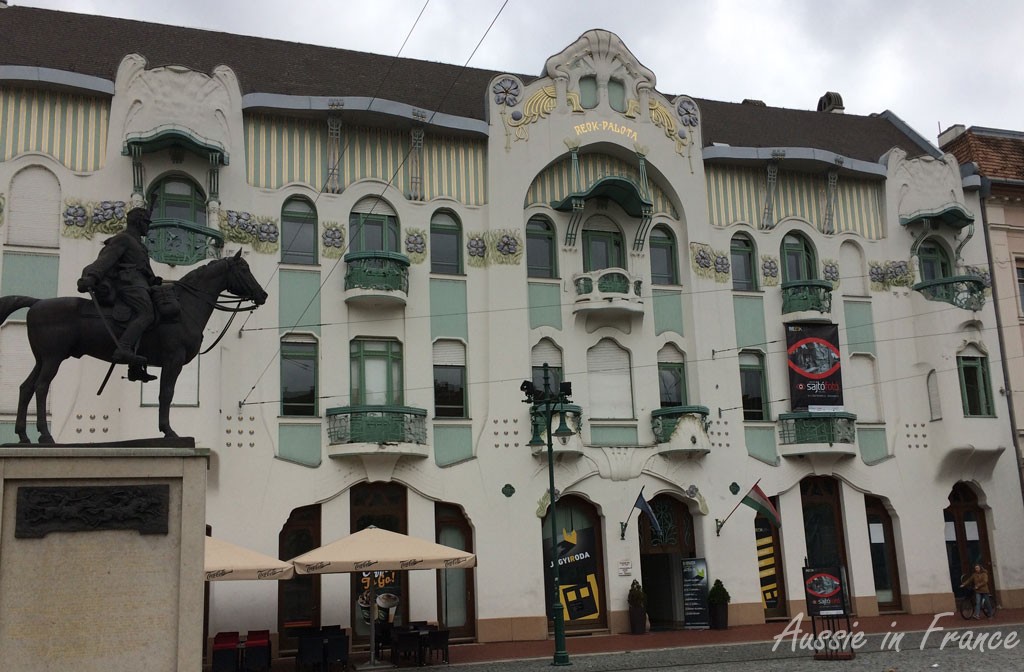 The Reok Palace commissioned by hydraulic engineer Ivzn Reok, which explains its many water motifs. It reminds me of one of Gaudi’s creations in Barcelona 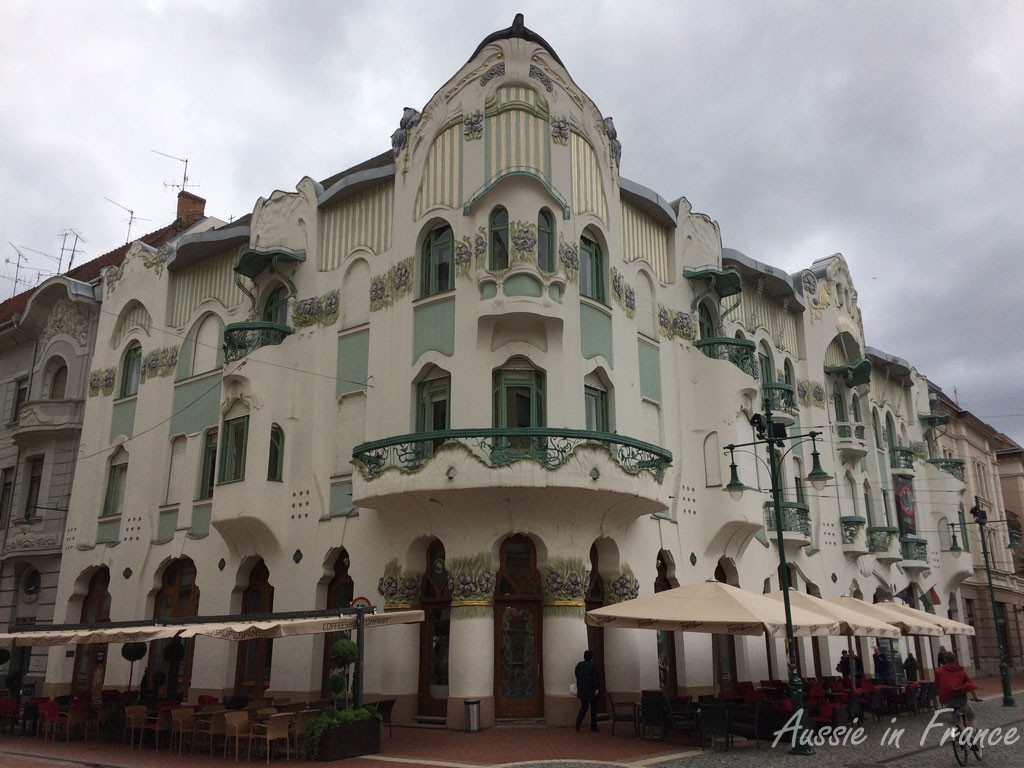 The corner of the Reok Palace, my favourite

One of the town’s main attractions – the mosaics in the New Synogogue was not open due to a special ceremony so we were not able to see them. 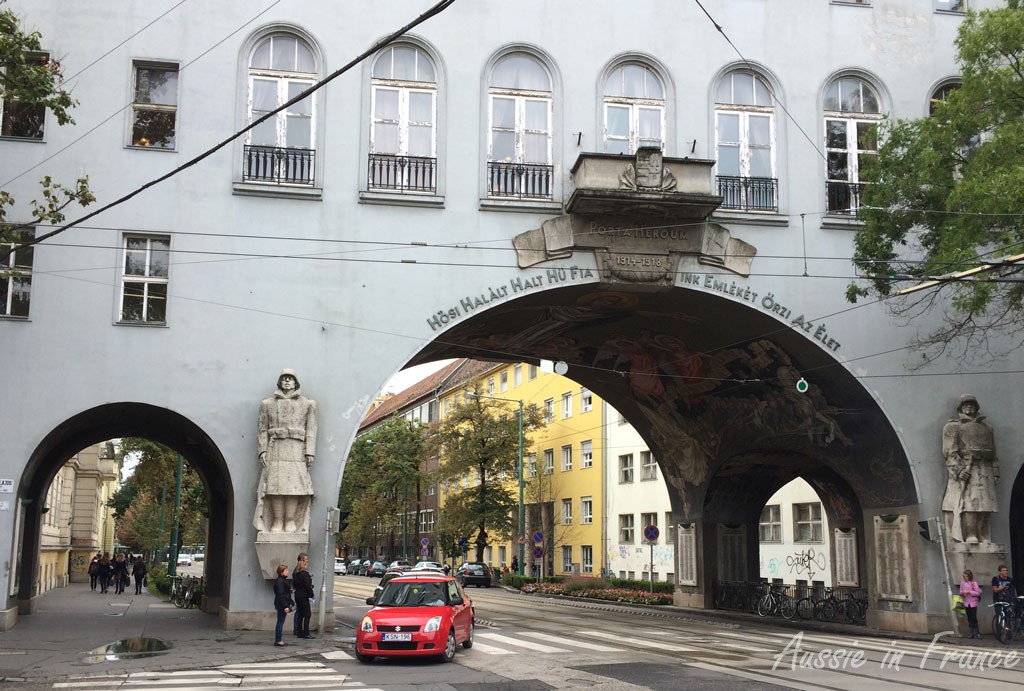 The war memorial with its vaulted fresques 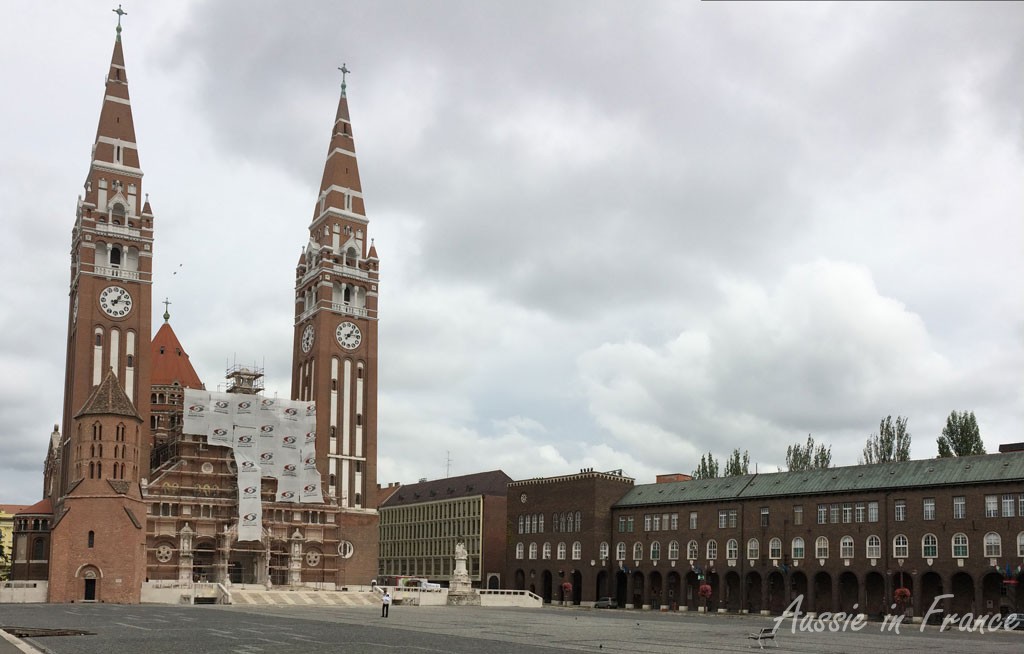 The cathedral, whose construction started in 1913, to commemorate the great flood, was finally consacrated in 1930 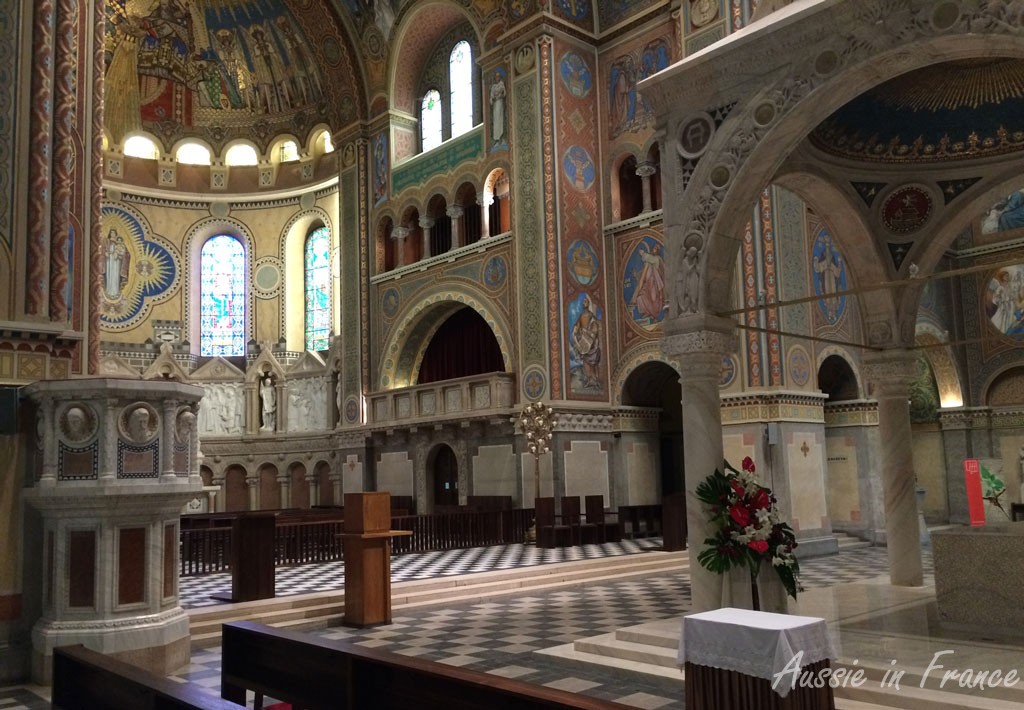 The inside of the cathedral

Another thing we noticed is that Szeged is a cyclist’s paradise. There are bike paths everywhere and bikes – along with horse-drawn carriages – are not allowed on many large streets. Unfortunately we weren’t able to try them out due to the low temperature – 11°C – and overcast sky. It even started to rain just as we got to the end of our visit. However, you can see lots of cyclists in the photos. 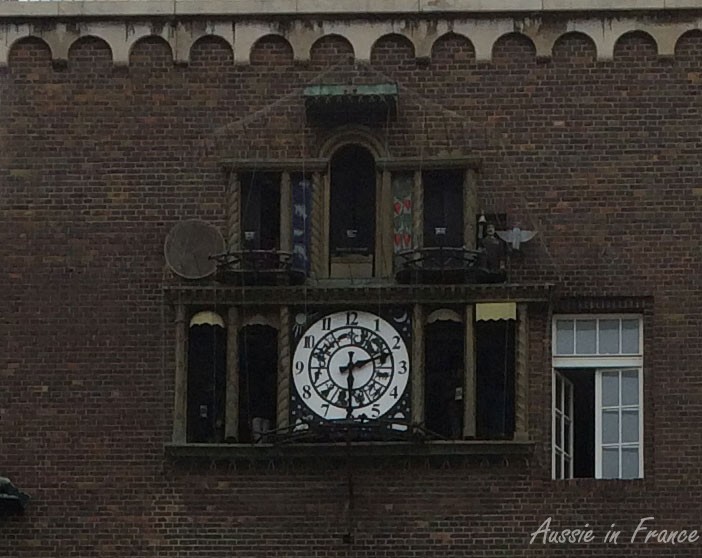 A musical clock built in 1936. Colourful figures representing students and academics come out at 12.15 and 5.45 pm every day. 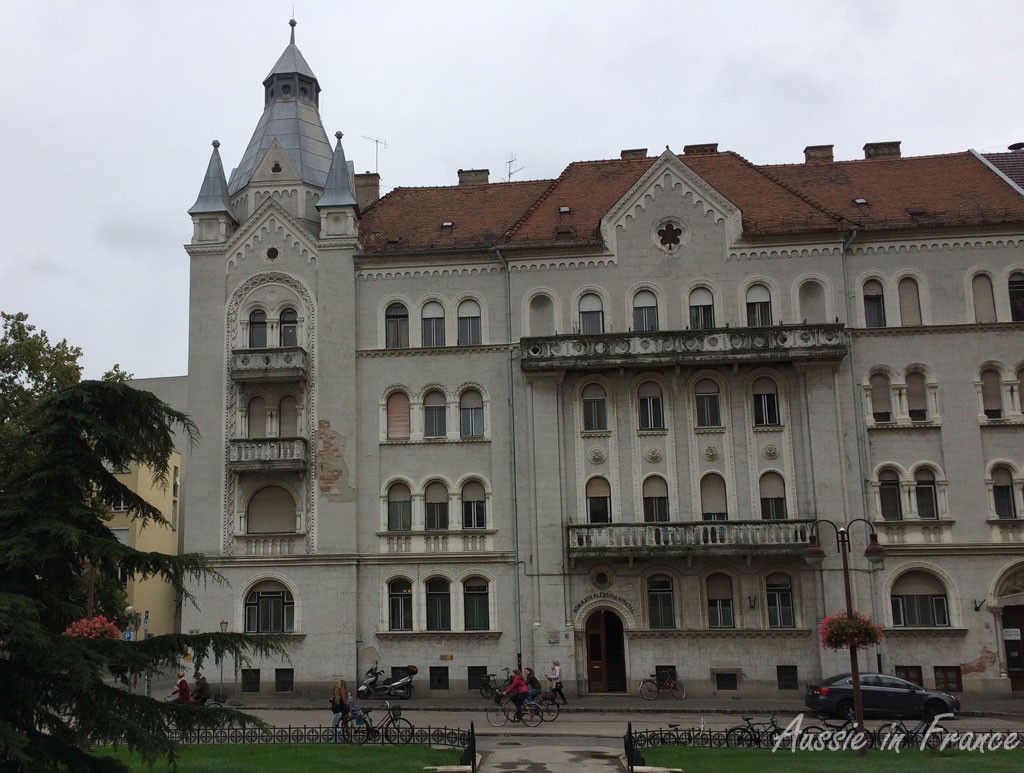 A palatial-like building near the cathedral 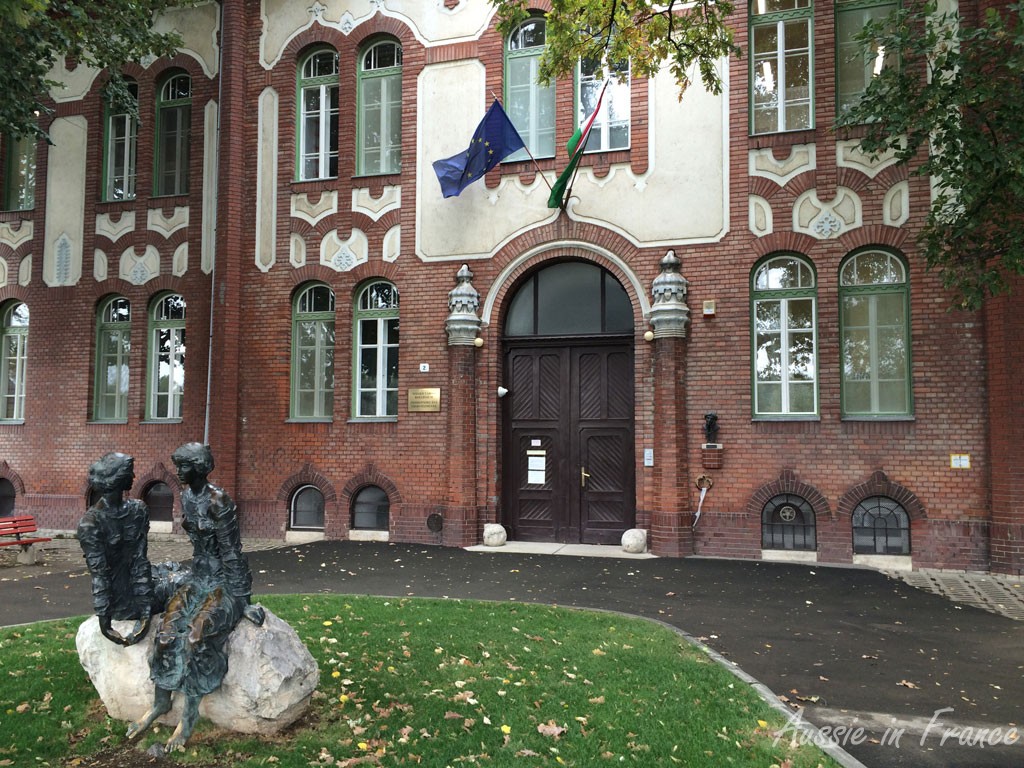 One of the buildings along the riverbank 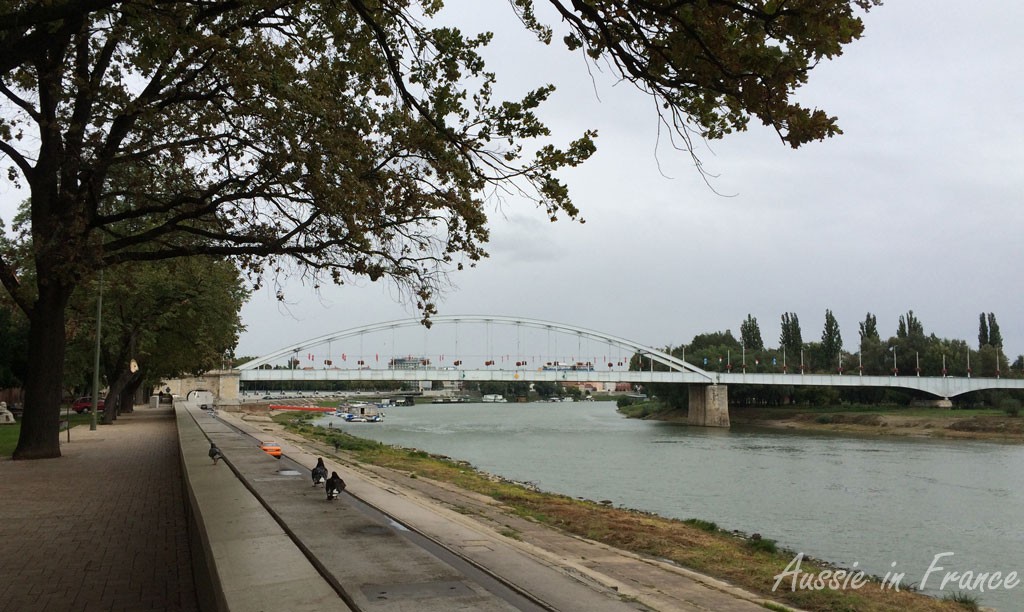 I did wonder why none of the main buildings are along the Tesza River but I guess it’s still subject to flooding. 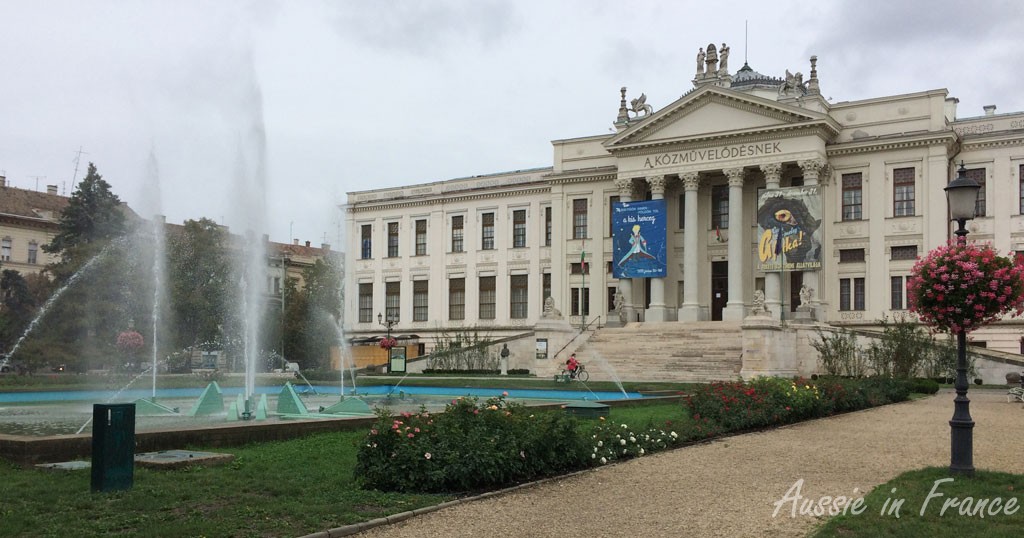 The neoclassic culture museum built in 1896 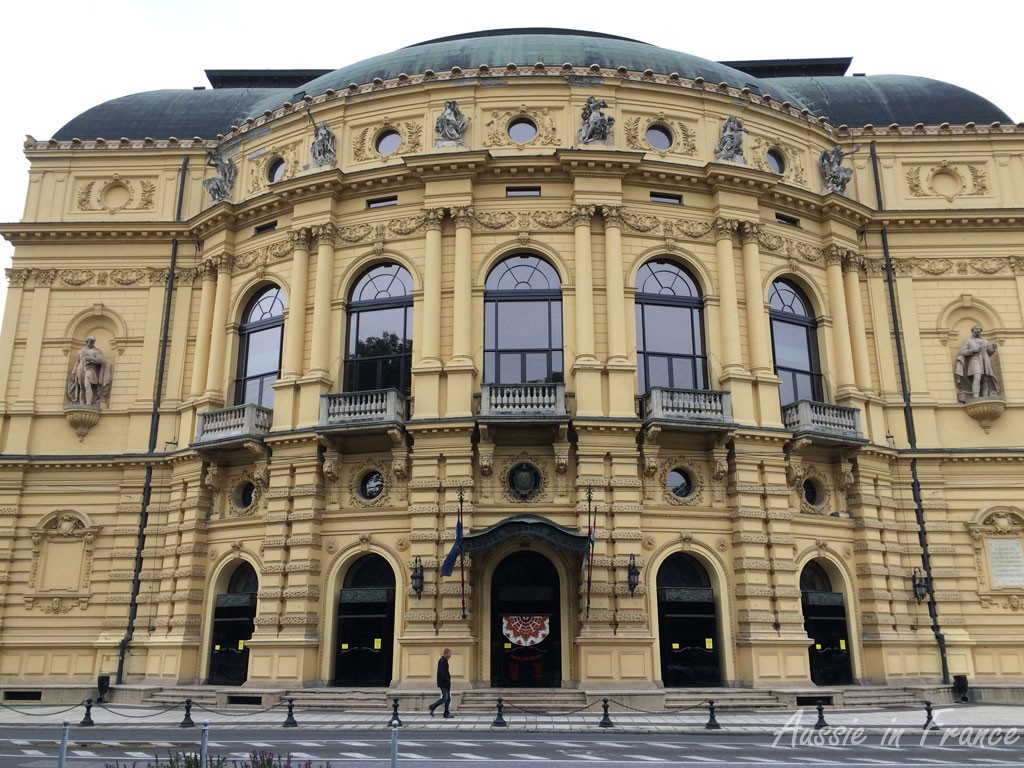 The neo-baroque opera house built in 1893 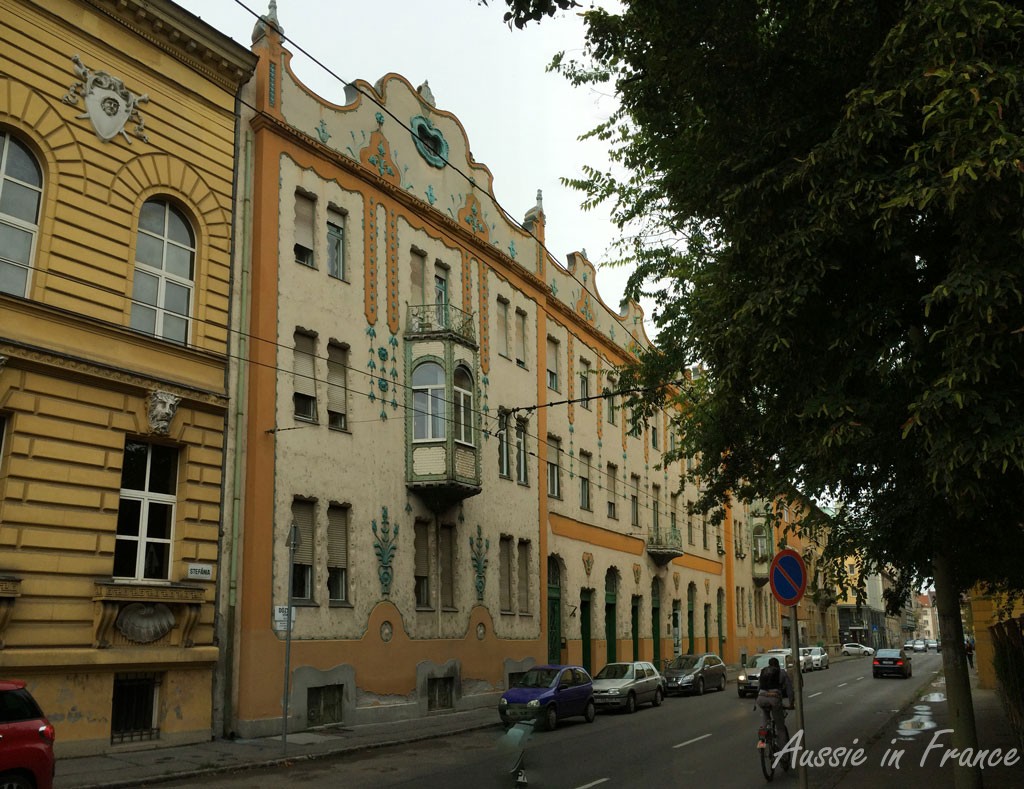 An oriel window on a decorative façade 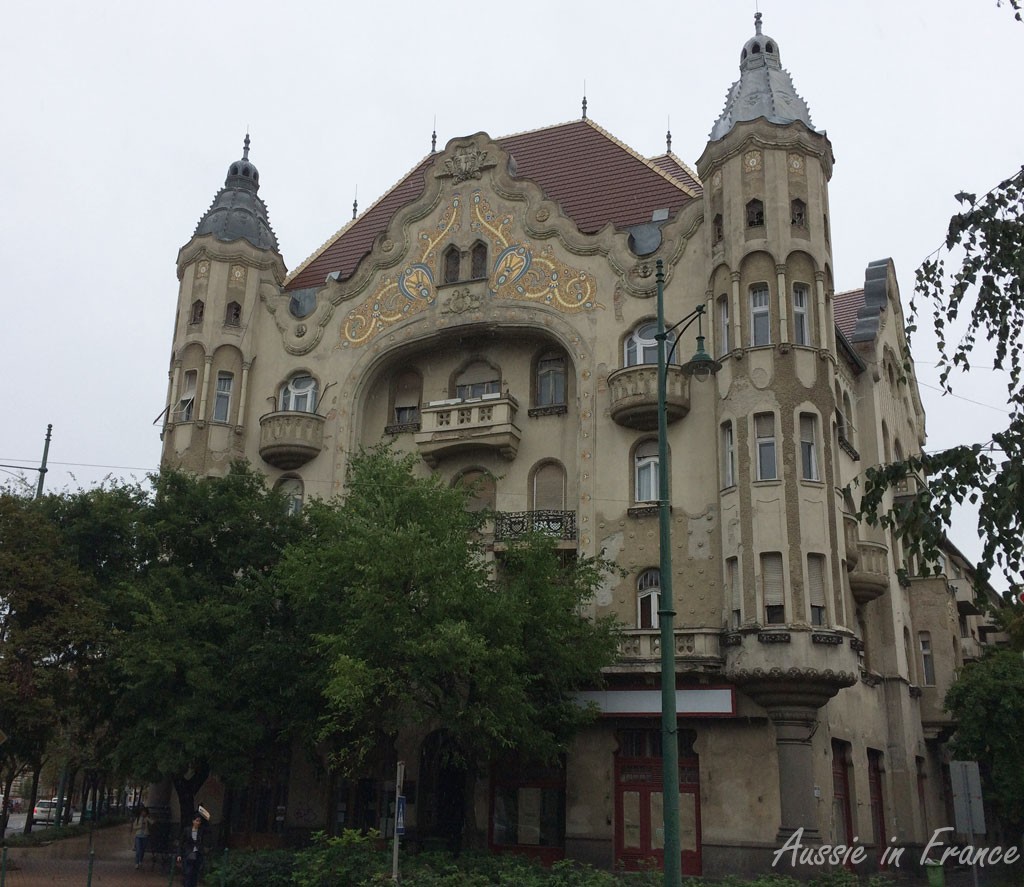 I don’t know whether we’ll ever come back to this part of the world, but if we do, I hope we’ll catch Szeged on a warm sunny day so we can appreciate it even more. But despite the overcast sky, light and open spaces are synonymous with Szeged.

12 Responses to Szeged, Hungary – Art Nouveau at its Finest