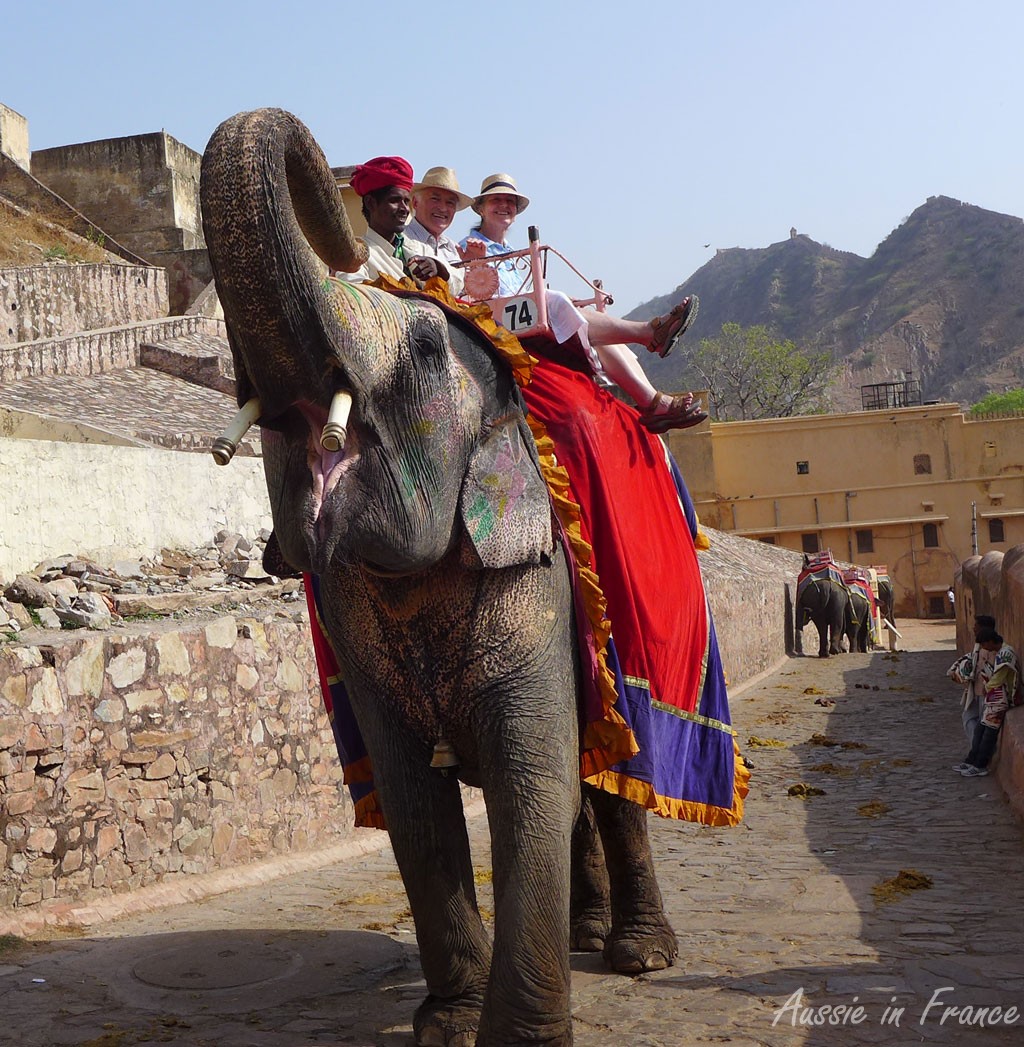 We have been in India for two full days and have done so much and seen so many wonderful places that I am exhausted by the end of the day and incapable of writing a blog post. But I had to post this photo of my first (and last!) elephant ride, at Amber Fort in Jaipur.

Ours was a fairly small elephant so Jean Michel had to sit back as far as he could for balance, which explains why his feet are sticking out in front of him. The elephant swayed from side to side, which is a bit unnerving when you’re not used to it. Jean Michel said it was like being at sea. Sometimes the elephant went quite close to the side of the stone wall so I would pull my feet back although the driver reassured me that I didn’t have to worry. 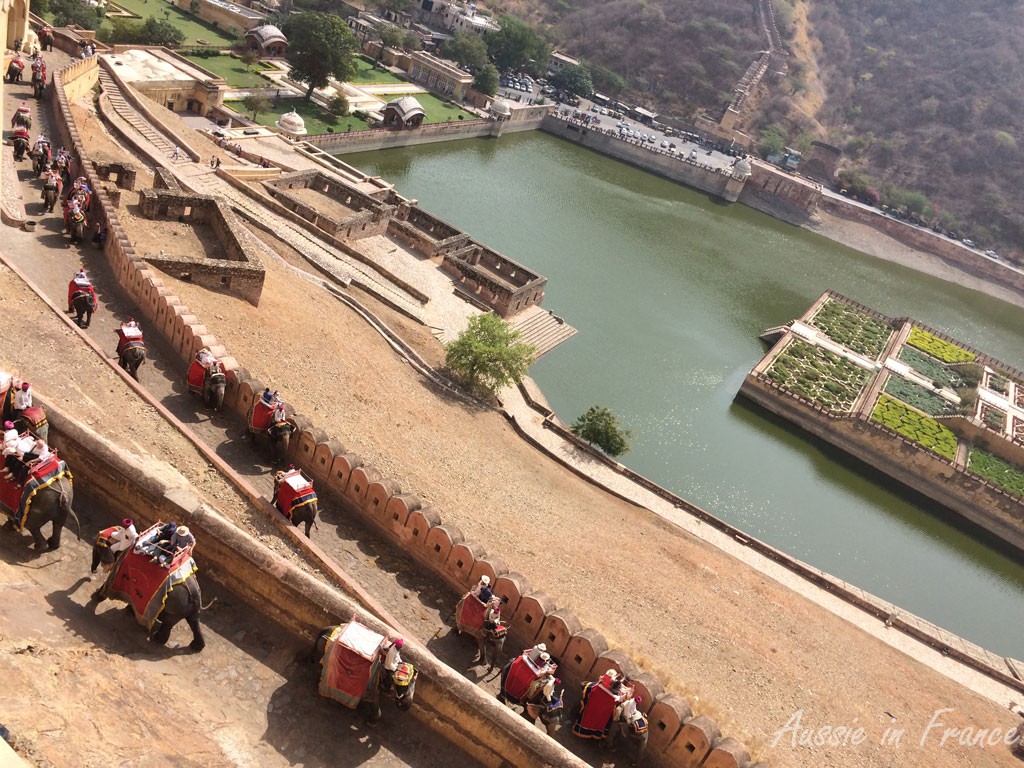 Taking photos was difficult as well as there was a considerable risk of dropping my iPhone. The first photo was taken with Jean Michel’s camera by one of the many young Indians running alongside the elephants to offer their photographic services. It was easier to take a video than photos, though it’s a little wobbly! The second photo is taken from the Amber Fort showing the elephants winding their way up the hill. The last photo is our very personable elephant driver whose name I asked but now can’t remember. 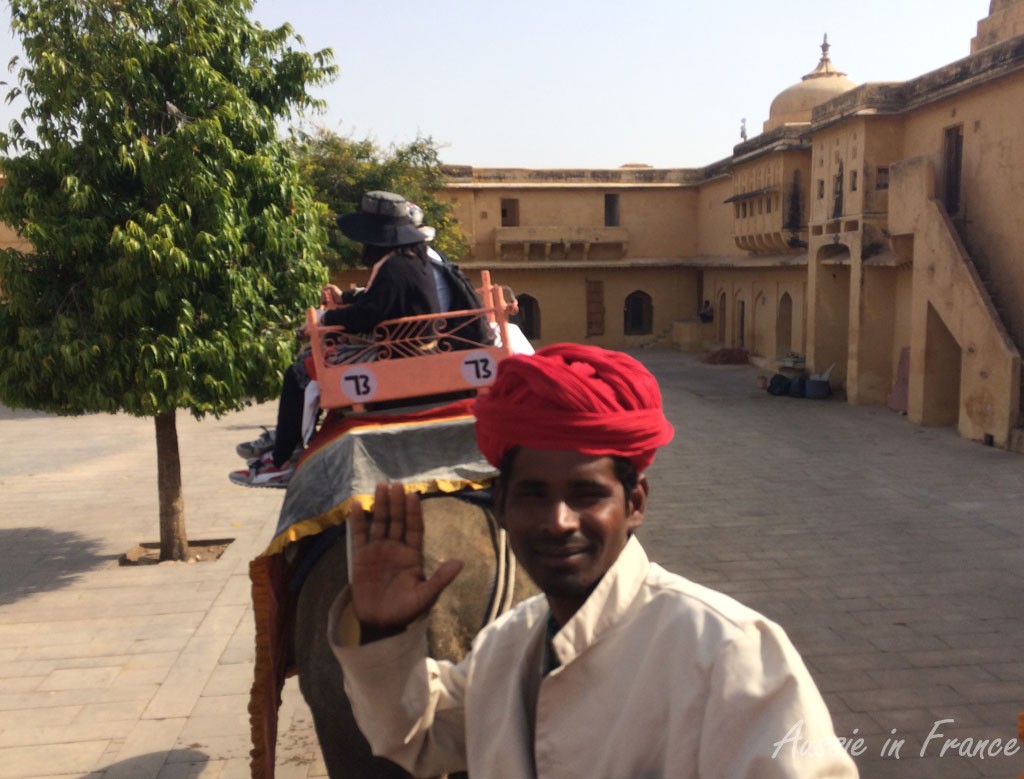 It was a memorable experience but I don’t really think I need to do it again. I should also add that I was very pleased that I was not alone. I am not very good with heights and an elephant is very very big!

This entry was posted in India and tagged elephant ride amber hill. Bookmark the permalink.

12 Responses to The Elephant Ride