Posted on February 5, 2012 by Rosemary Kneipp 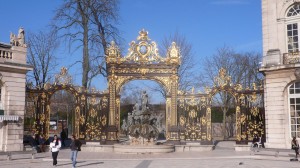 As I’ve already mentioned, when a Queenslander says they’re freezing cold, it means that it’s 15°C at night and all the windows are open (can’t close the windows! gotta have fresh air, you know). When the French say it’s freezing, it actually is zero degrees outside. All the windows are closed and the heating’s up as high as it’ll go. It’s all very relative, isn’t it?

A couple of years ago in February, we decided to spend a week in Lorraine, best known for its quiches of course, but also the home of Nancy, one of France’s best examples of art nouveau.  We found an 18th century gîte to stay in about 15 minutes out of the city. It was a bit bigger than we needed (4 bedrooms) but it looked lovely from the photos. 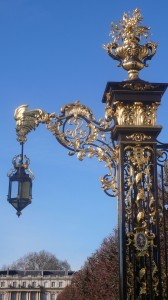 When we got there, it had been snowing and it all looked very pretty. Inside, however, I immediately noticed the cold but sometimes it takes a day or so for a gîte to heat up, especially if no one has been in it for the last week or so. The bedroom layout upstairs was a bit strange – the only en-suite had two single beds, not exactly our idea of a romantic get-away.

The hoped-for warming-up never happened. The kitchen reached a steady 15°, the living room reached a ceiling of 19° and sometimes 20° when the fire was going full blast and we managed 17 or 18° in the en-suite bedroom where we ended up putting a double mattress on top of the two single beds so I wouldn’t have to freeze in the middle of the night going down two steps and across the unheated landing to the other bathroom. 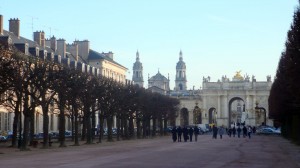 But the coldest place in the house was the corridor between the kitchen and the living room. No matter how high we put the one radiator, it never went above 8°C. Now, 8°C indoors is cold by any standards. We later discovered that the corridor used to be a street running between two houses, one containing the present kitchen, downstairs bathroom and upstairs bedrooms and the other containing what are now the living room, dining room and entrance. It had been covered with a roof to join the two houses together but the question of heating had obviously not been taken into consideration. 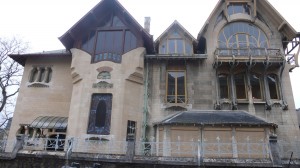 When I mentioned to the owner that guests should be warned about the lack of heat, she said huffily that it was the country, after all, what did I expect? Well, certainly not 8°C. We had another problem in the en-suite bathroom, where cold water started to drip directly over the toilet during the night. The owner’s husband came to have to a look then brought a plumber. It turned out that it was caused by condensation due to the fact that we were heating the bathroom (well, wouldn’t you?) when the rest of the upstairs floor was cold! 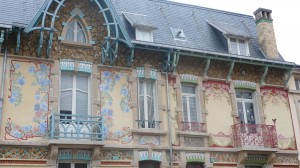 That did not however detract from the beauty of Nancy, starting with the very beautiful Place Stanislas, its old quarter with the 12th century Porte de la Craffe and 16th century ducal palace, its 18th century cathedral, its turn-of-the-century Basilica inspired by Sacré Coeur in Montmartre,  and all the lovely art nouveau buildings in the Quartier Saint-Léon, especially Villa Majorelle. The Musée de l’Ecole de Nancy is one of the few museums dedicated to a school of art and is a definite must.

Musée de l’École de Nancy, 36-38, rue du Sergent Blandan, 54000 Nancy, Wednesday to Sunday 10 am to 6 pm
Don’t forget to subscribe to new posts – that way you’ll get them directly on your smart phone or in your mail box! And I love to hear your comments!

2 Responses to Freezing cold is relative!