I am a firm believer in learning vocabulary if you want to speak another language with any fluency. However, it has the disadvantage of giving the impression that A always equals B. Which is not true of course. 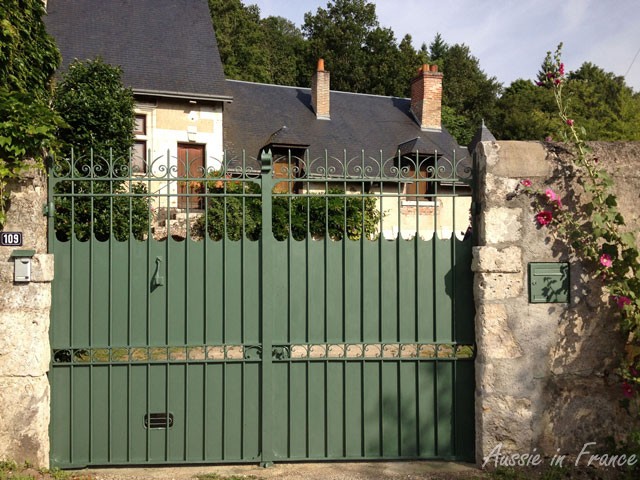 I still remember learning that gate = barrière = and fence = clôture and find it difficult not to automatically say “barrière” and “clôture” each time The problem is that they are not always equivalents !

Our house in Blois has a portail (which we repainted in a heat wave), which is used to designate a large metal or wooden gate. The bits on either side of our portail are murs or walls because they are made of stone. Our little house also has a portail but it’s wooden.

No barrières in sight! So I asked Jean Michel , “qu’est-ce que c’est qu’une barrière“. He thought about it and very helpfully said “Je ne sais pas”. So I’ll tell you what I think it is. As far as I can see, it refers to a barrier, such as the Great Barrier Reef in Australia (grande barrière de corail), a safety gate or a crowd barrier (une barrière de sécurité), a language barrier (barrière de la langue – now that’s useful!) and more important still, a level crossing gate (barrière de passage à niveau) – you may remember my close shave in Germany last summer. 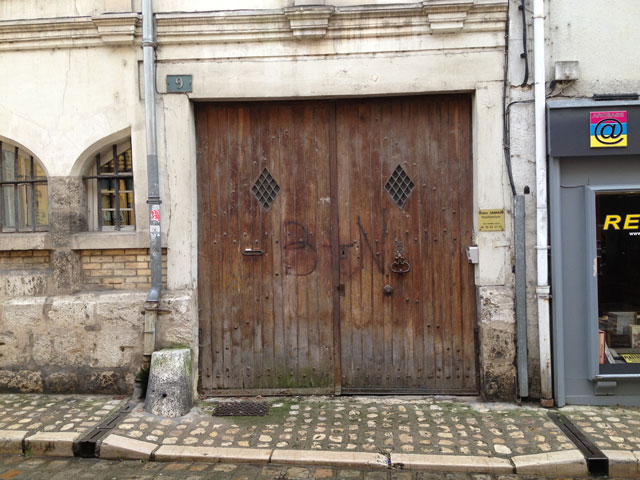 A gate can also be a porte, such as the town gates or gate to a castle or even a garden gate if it looks like a door. Those enormous gates that you see on the façade of many buildings in France originally designed to take a horse and carriage through are called portes cochère. 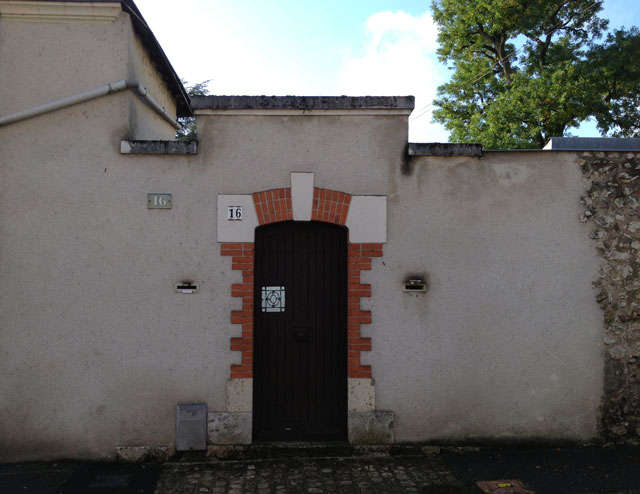 If it’s not enclosed on all sides by a wall and not big enough to let a vehicle through, it’s a portillon. 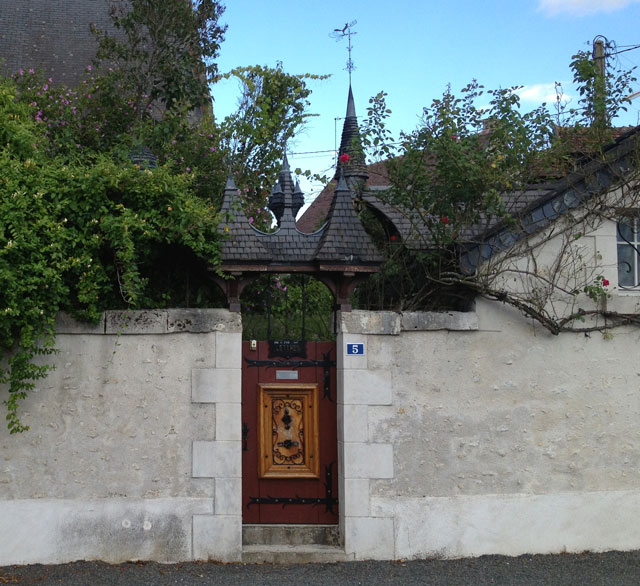 A large metal gate that doesn’t have any solid parts the way our green gate does is called a grille d’entrée. 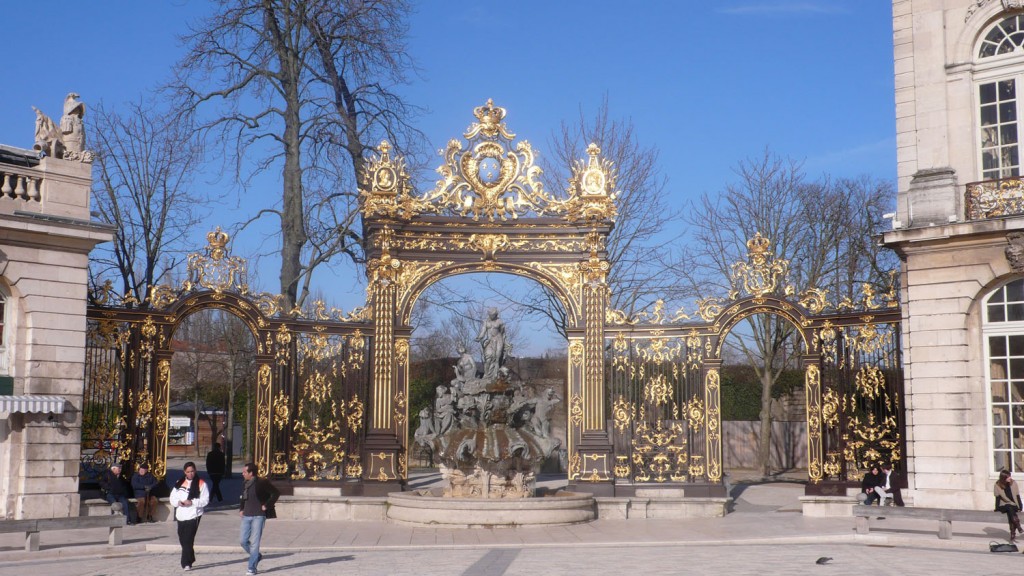 Fortunately, fence isn’t quite as complicated. Below, you can see a clôture which is definitely a fence, but the stone wall behind it is a mur d’enclos. 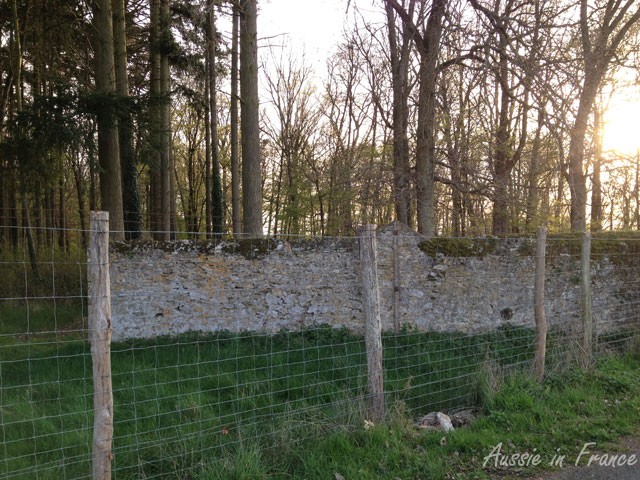 Theoretically, you can have a clôture en bois such as the one the neighbours used for their chicken yard below, but most people would call it a palissade. The wire fence next to it is a clotûre though. 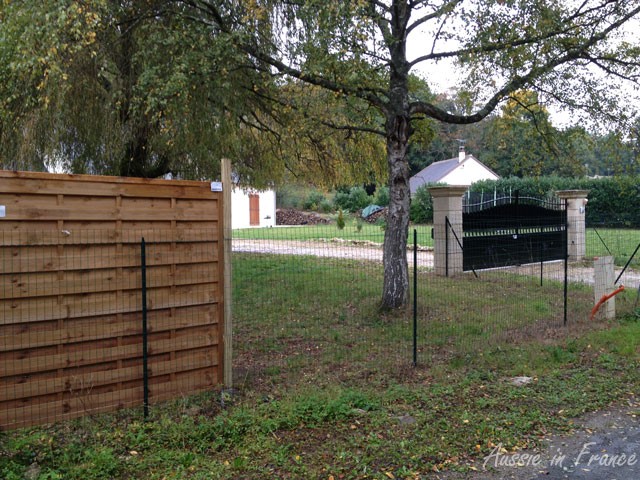 So next time you want to say “fence” or “gate”, I hope you’ll do better than me!

This entry was posted in French language, Uncategorized and tagged Friday's French. Bookmark the permalink.