Cleaners I Have Known 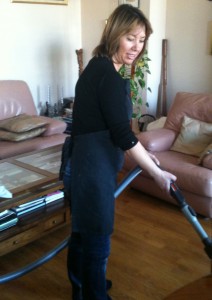 I love my cleaning lady! We joke together that the only time I’m not so happy with her is when her holidays don’t coincide with mine (dammit, she goes away most of August) or when she stays home to look after a sick child (which I approve of naturally). One of the hardest things when I left the suburbs to come and live in Paris was losing my Portuguese cleaner whom I’d had since I was pregnant with Leonardo 30 years ago! She had a wonderful sense of humour (like my current Maria), was very devoted, obviously went back to Portugal for the whole of August like everyone else (I can forgive her for that!), and adored my children. 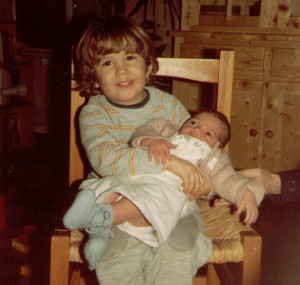 When she learnt that I was pregnant with Black Cat, she said that I’d never to able to make another baby as beautiful as Leonardo. But when she came to clean just a few hours after Black Cat was born, she declared that I’d done it again! Black Cat was born at home by the way, in case you’re wondering. I’d had enough of interfering French hospitals by then! I had a midwife and doctor present and everything went perfectly.

The French government has a good system for domestic workers called “chèques service“. If you declare them and pay social security contributions, they become a tax deduction. You have to set it up with the bank first so that when you declare their hours on the website, the social security contributions can be taken directly out of your bank account. That way you’re covered if there is an accident and they get a better old age pension and even sick pay. The scheme doesn’t just apply to cleaners, but also to nannies, gardeners, handymen or whoever else you might employ on an hourly basis. 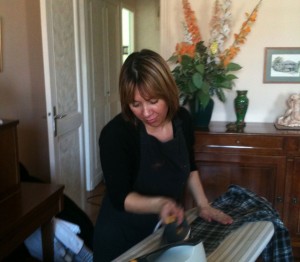 So when we moved to Paris, Relationnel told me to be very nice to one of the Portugueuse concierges on our street (there are five altogether) because she knows absolutely everyone and decides who’s going to work where! He was right. Not that I wouldn’t have been nice to her anyway. I mentioned my need for a cleaning lady and very soon Maria arrived on my doorstep. All Portuguese cleaning ladies are called Maria Something by the way. Maria A. and I immediately got on. She likes cleaning, she takes pride in her work and she likes the freedom it gives her. She works for four or five different people in the same street.

We also go back to visit my first Maria in January each year for a galette des rois and whenever we visit a European city with a special Catholic church such as the Macarena in Seville or Assisi or Our Lady of Loreto near Ancona, I buy an icon to give her.

Leonardo’s first cleaning lady was also Portuguese but when she had her first baby and decided, quite understandably of course, to stay home and look after him, he had to find someone else, but never managed to find another Maria. Maybe that’s why he moved to Australia!

Black Cat has a male cleaner who’s Philippino and speaks English. Being a cleaner is a traditional profession for Philippino men and they do a wonderful job.

Now when we move to Blois in two years’ time, I’ll have to find another cleaner. I do hope there’s going to be another Maria.

This entry was posted in Family, France, French customs and tagged cleaners in France. Bookmark the permalink.

9 Responses to Cleaners I Have Known