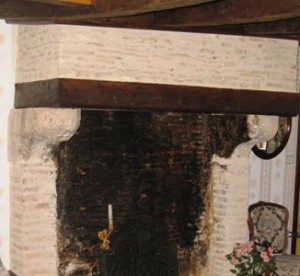 I’m sure you’re all waiting with bated breath to hear the results of the fireplace operation. As it turned out, Relationnel was the only performer because the polyethylene tent could only contain one person. Not that I really minded. I had other things to keep me occupied, not to mention the fact that it would have taken me hours to get the soot out of my hair. Fortunately Relationnel didn’t have to worry about that. 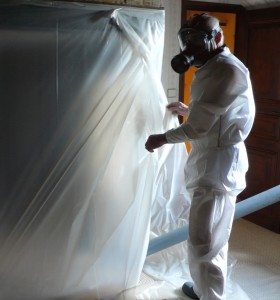 You might remember that we’re talking about the fireplace in the master bedroom. We were sleeping downstairs in the bedroom of the future gîte until the operation was over. So, first, Relationnel set up the tent and also protected the light-coloured carpet with plastic. Then he donned his throwaway boiler suit and gas mask at which point I breathed a sigh of relief that I was only spectator and helpmate. 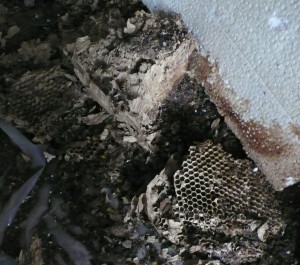 So that he wouldn’t be asphyxiated, he had added a flexible tube to take fresh air from the window into the airtight tent and up the chimney. First, he removed the polystyrene that had been used to plug up the chimney duct. As it came off, down came two huge hornets’ nests (empty thank goodness). After cleaning it all up, he used a power mill with a metal brush attachment to get rid of the initial caked soot and other debris then finished off with a finer abrasive disk.  Once he had achieved the required result, he got out the vacuum cleaner.

And that’s when the fun began. As we all know, vacuum cleaners suck up dirt at one end while expelling air through a filter at the other. The problem is, the filter on our industrial vacuum (a gift from the owner of a flat I once bought which had a closed parking space that the said owner neglected to empty) was no good and as Relationnel vacuumed up the debris, fine red and black dust went charging out the other end, leaving a nice thick layer not only over the entire bedroom, bathroom and built-in wardrobe (fortunately empty), but also flying up the stairs to the mezzanine above the bedroom and out through open bedroom door onto the other mezzanine which gives onto all the other rooms below.

So the entire house had to be vacuumed from head to foot with the other vacuum cleaner which understandably got overheated and sulky and eventually gave up altogether. Relationnel had to wait until it cooled down to use it again. Meanwhile, I was off at Carrefour Market and then Le Penalty drinking cappuccino and using the Internet as the little dashed line is still running madly around the display window on the Freebox showing no sign of indicating the time, which is a necessary prelude to it working. 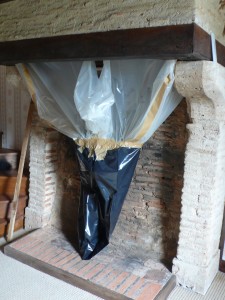 All traces of the vacuum episode had disappeared by the time I got back I’m happy to say. Before we could move into the bedroom however, a second operation was needed – sweeping the chimney. We had bought some very neat chimney sweeping equipment in Leroy Merlin that looked like something out of Mary Poppins. Relationnel set up a rubbish bag and funnel system to catch the debris (I helped to cut the packing tape to seal the joins) with a hole to poke the broom through.

After it was all swept clean, Relationnel plugged it up again with suitable material to stop the cold air getting into the room as the fireplace will continue to be purely decorative.

We are very happy with the results and have now moved into the upstairs bedroom. 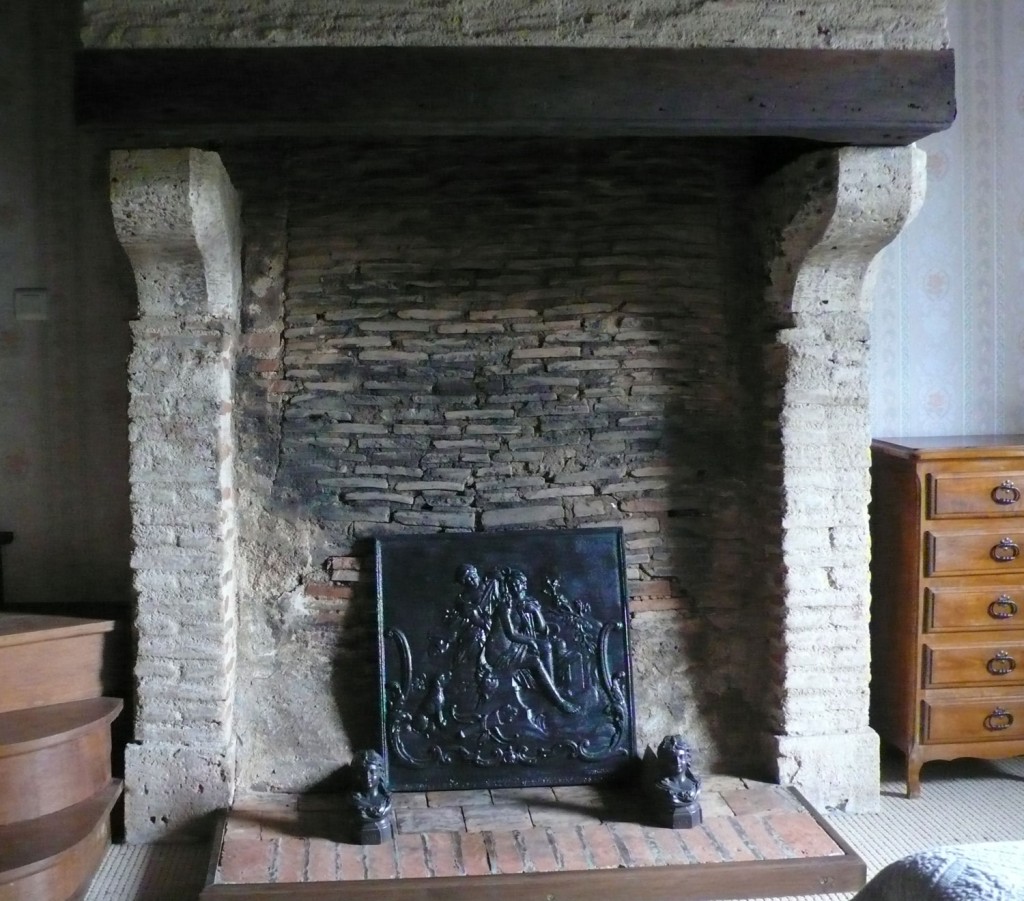 This entry was posted in Lifestyle, Loire Valley, Renovation. Bookmark the permalink.

3 Responses to The Fireplace Operation