A Portable Office and Temporary Residence in Blois

Posted on November 6, 2012 by Rosemary Kneipp

Relationnel and I are on our way back to Blois. It’s 11 pm and it’s raining. We have another 1 ½ hours to go. I’ve now mastered the art of using a laptop in the car and the train. I never thought I would. I used to be allergic to laptops – I couldn’t handle the little mouse pad in the middle – but I bought a Dell Vostro (this is not an ad!) and got used to it surprisingly quickly. 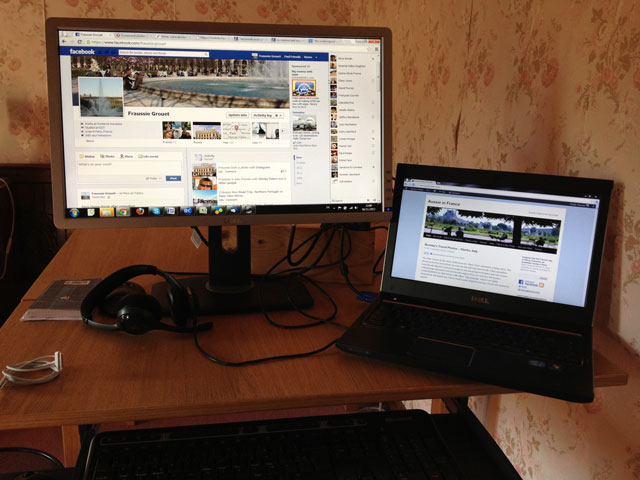 I know that someone who’s addicted to an iPhone should really have a Mac but my first computer 30 years ago was a PC (with the antiquated DOS and not Windows of course and not a mouse in sight) and for many years, a lot of the software for translators was not developed for Macs.  So I’ve stuck to my PC. When I arrive in Paris or in Blois, converting my laptop into a regular computer is easy  – I just have to insert three plugs: the power supply,  the screen and one USB plug which is connected to a hub to which my keyboard, mouse, printer and earphones are all permantly connected. That gives me two screens, which is wonderful for using reference documents and copying from one screen to the other, for example. 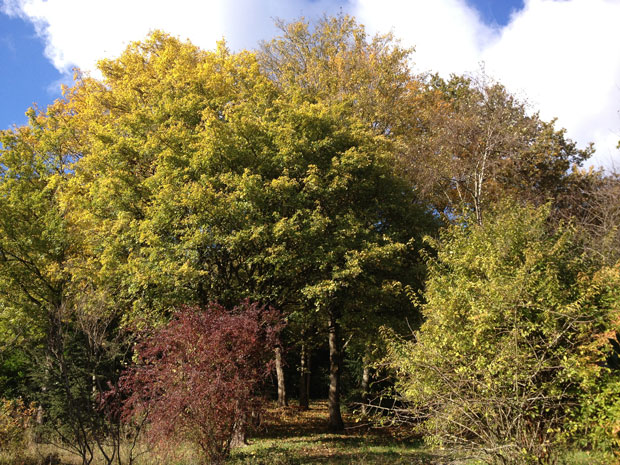 Our wood in autumn

I always use wifi rather than a permanent Internet connection which makes it even easier. I’ve now installed a router in the garage so that I can use wifi in the garden as well – not that I’ll be able to do so for a while. Autumn is well and truly on its way and the leaves are turning a lovely gold in our little wood. We’ve even had our first frost. We’re very pleased with the heating in the Closerie. Because of the thick walls, the temperature remains very even. It’s a bit cooler than I’m used to in our Paris apartment which is overheated through no fault of our own, but in Blois we can maintain a steady 19°C (the regulation temperature for heating in France) without any problem.

Sadly, the renovations on our balcony in Paris are proving more complicated than expected and instead of ten weeks, it looks like there are going to last 18 weeks. Banging, drilling, shouting and radio music are certainly not conducive to translating!  I thought I could set up a temporary office on the other side of the apartment but it turns out that the drilling and banging can still be heard there as well. I also find it very difficult to live in an apartment with no daylight in either my office or in the living room. 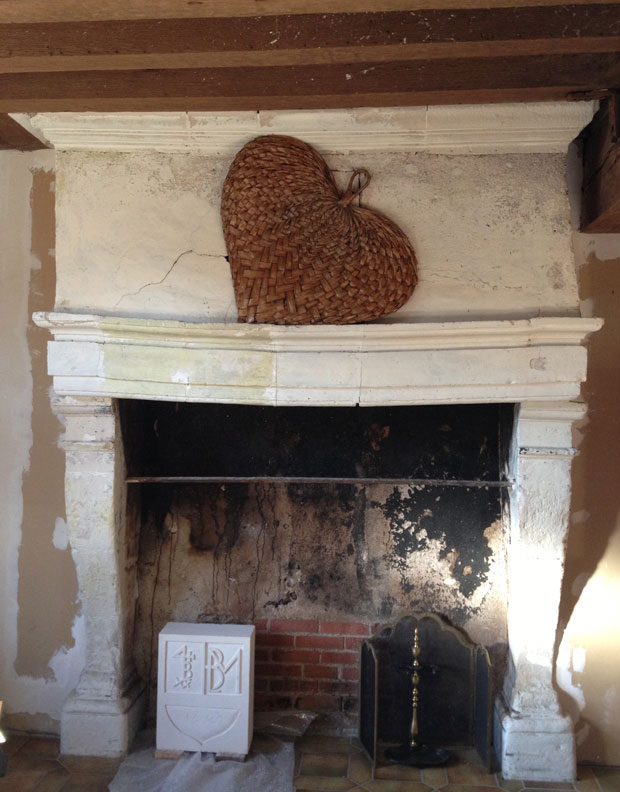 So by the look of things, I’ll be in Blois until the beginning of January, just returning to Paris for the occasional weekend when Relationnel can’t come down because of work. I’m delighted to be in Blois, but Relationnel and I are not happy to be separated during the week for such a long period of time. But this week we’ll both be in Blois as Relationnel is beginning the BIG FIREPLACE OPERATION, whose aim is to get our original Renaissance fireplace working, a tough challenge as the previous owners renovated everything except the four fireplaces. 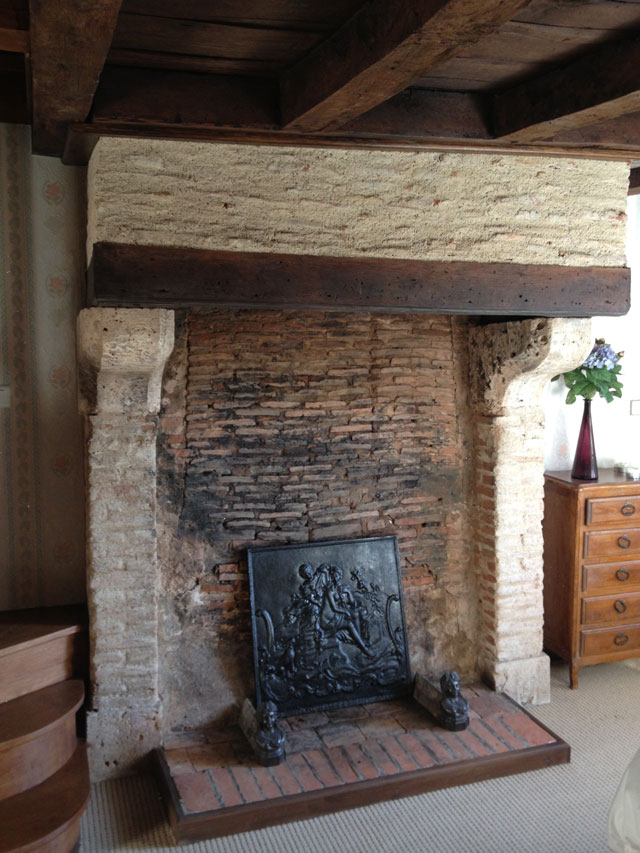 The bedroom fireplace after cleaning

You may remember that Relationnel cleaned the one in our bedroom the first week we spent in the Closerie, but not with the intention of actually using it. This is a much more complicated affair, particularly with that big sag in the middle, but I have every confidence he will do a good job – his favourite bedtime reading for some time now has been books on chimneys and fireplaces !

This entry was posted in France, IT, Loire Valley, Renovation. Bookmark the permalink.

13 Responses to A Portable Office and Temporary Residence in Blois