A Missing Suitcase and a Burglary

Posted on November 2, 2012 by Rosemary Kneipp

There used to be a time when missing luggage was a regular occurrence and I always thanked my lucky stars if all our bags were on the carrousel. If something was missing, however, it always eventually turned up, creating inconvenience in the meantime, but no actual loss.  For the last few years, we have had no mishaps. So when only one of our two suitcases appeared during our stopover in Hong Kong, I was not unduly concerned. Relationnel was more worried than I was. 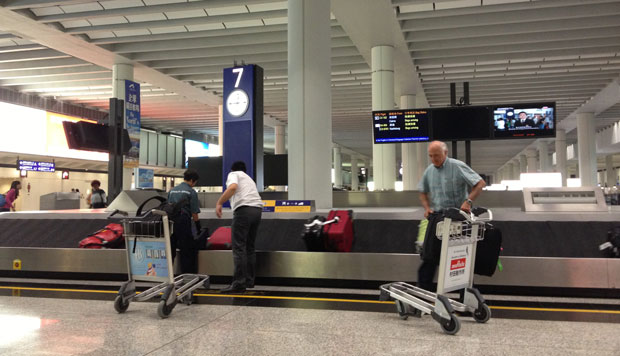 And he was right! Three weeks later, Cathay Pacific has still not found the second suitcase, despite my insistence. We have to fill out a claim form giving a complete list of everything in it, including purchase dates, prices and receipts. I’m having a hard time remembering exactly what was in it, let alone producing proof of purchase! Who seriously keeps dockets for everything they buy? I certainly don’t.

When I packed our cases on leaving Terranora, I put everything I was certain we wouldn’t need in Brisbane or Hong Kong in one bag and the rest in the second. So all our presents, everything we bought to take back to France, our winter clothes and some of our summer clothes have been lost. Frustrating to say the least and there is little chance we’ll be reimbursed much of the 3000 euro  I’ve estimated the contents to be worth.

So our homecoming was somewhat marred.

But it was not as bad as Black Cat’s. When she and the Flying Dutchman arrived back from Australia a week later than us, also via Hong Kong, she phoned from the airport to reassure me that they had retrieved all their luggage despite the fact that they had registered at Central Station.

Three hours later, she phoned again. They had gone back to Black Cat’s flat share in the 18th arrondissement in Paris, left all their baggage, including her laptop and camera with all her photos of Australia, and gone out for a couple of hours. When they got back, the place had been ransacked. The laptops, iPads, cameras and other electronic devices belonging to 5 people were gone, as well as all Black Cat’s jewellery, which she had carefully wrapped up in a vanity case at the top of her wardrobe, not realising it an obvious place for a burglar to search. Their combined losses are estimated at 20,000 euro.

The police eventually came and confirmed that the burglar had got through a small toilet window overlooking a 3-story drop, by jumping across from a landing window. They’re getting the landlord to install bars and put a better lock on their door. One of Black Cat’s flat mates has approximately located his stolen MacBook by using a built-in tracking system but the police say they can’t do anything about it until they have the computer’s IP address. We’re waiting to see what happens next. 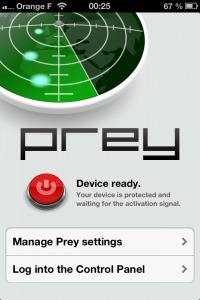 Andrea from www.rearviewmirror.tv told me about a (free) App called Prey “that is basically a bit of software which doesn’t do anything until you activate it through their site and then it tracks the location of thieves”. I immediately installed it on my laptop, iPhone and iPad. To find out your IP, go to www.whatismyip.com and make a note of it. I hope you’ll never have to use the tracking system but considering the number of thefts these days, it’s certainly worth downloading! Maybe I could have retrieved my stolen iPhone last year …

15 Responses to A Missing Suitcase and a Burglary