Two Hats are Better Than One

Relationnel and I have a collection of Australian Akubra and Stetson hats that we wear in winter. When we’re going away and packing the car, we often put two or more on top of each other to carry downstairs.

It’s 1.30 pm and Relationnel’s rushing to get everything in the car as quickly as he can so he can leave Paris straight after work and arrive in Blois in time for our anniversary dinner. When the car’s packed, he leaves it in the street and walks down the street to the office. 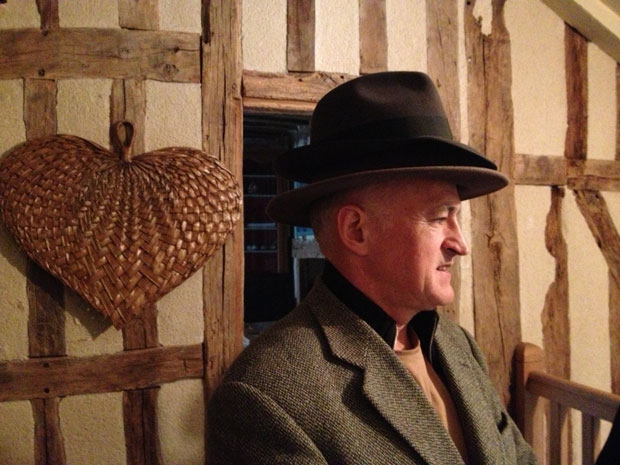 On the way, he meets a couple of people he knows and they give him a strange look but he didn’t know why.

When he gets to the office, one of his coworkers says, “That’s an interesting way to wear a hat”, but he still doesn’t understand the problem. “Why, what’s the matter?” “Well, I don’t know. That not the usual way to wear a hat is it.” So he takes it off and discovers he’s wearing two!

This entry was posted in France, French customs, Lifestyle and tagged akubra. Bookmark the permalink.

5 Responses to Two Hats are Better Than One