Since we’ve come back from Barcelona, I have got a bit sidetracked, what with fireplaces that smoke and snow in March. But I still have a couple more posts to write, and one of them is Gaudi’s La Pedrera. I’ve already talked about the chimneys and the façade. 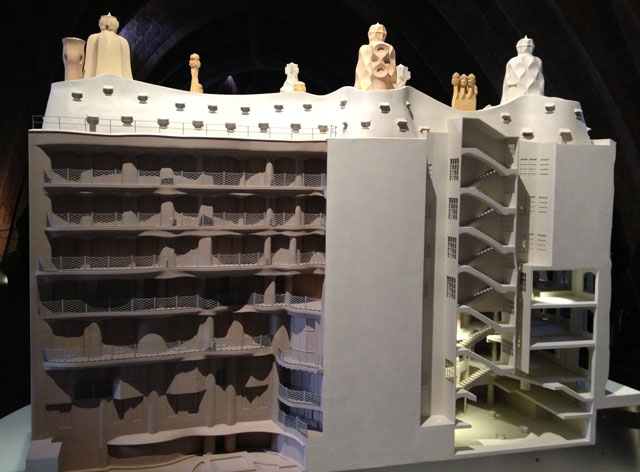 You may remember that La Pedrera was built between 1906 and 1912 by Pere Milà and Roser Segimon and is a six-storey apartment building of which they occupied the main floor. The building has two vestibules, both of which are big enough to allow vehicles to go down to the basement, amazing foresight when you consider the year of construction. 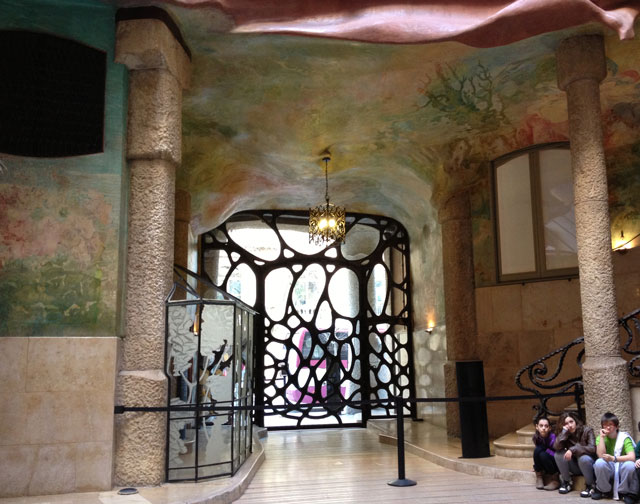 The Provença vestibule has a lift, a staircase going down to the basement and another going up to the first floor.  It also houses the caretaker’s loggia. The ceilings and walls are decorated with paintings inspired by Ovid’s Metamorphoses, especially the seven capital sins. 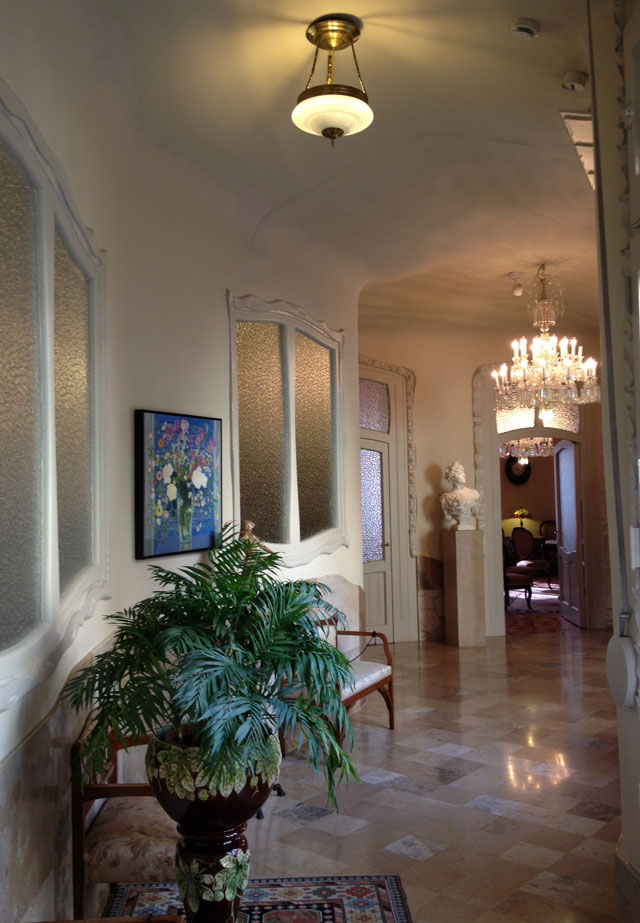 Today, the fourth floor apartment is the only one open to visitors. The home and life of a bourgois Barcelona family during the first third of the 20th century have been re-created, including all the original elements of a typical La Pedrera apartment, such as the door knobs, drawers, mouldings, doors and flooring. 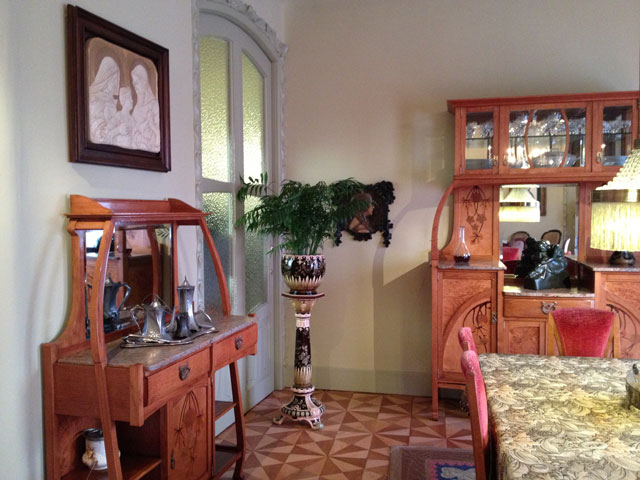 Appropriate furniture, works of art, decorative elements, fabrics and household items of the time have been added to give visitors an idea of what it was like to live there. 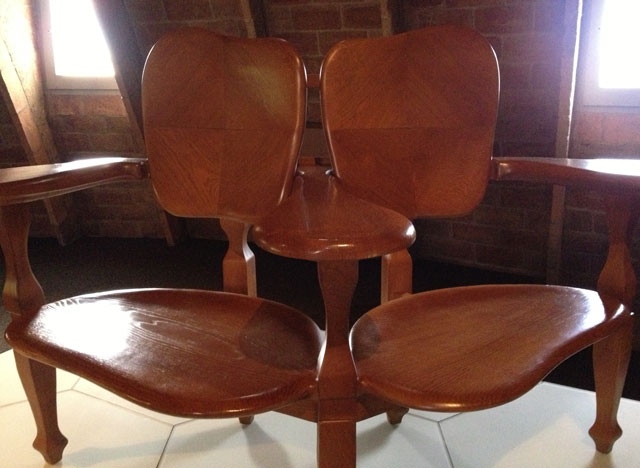 As I mentioned in another post, Gaudi designed furniture as well, and a couple of pieces are exhibited, plus a video showing how to use them. He was into ergonomics way before his time! 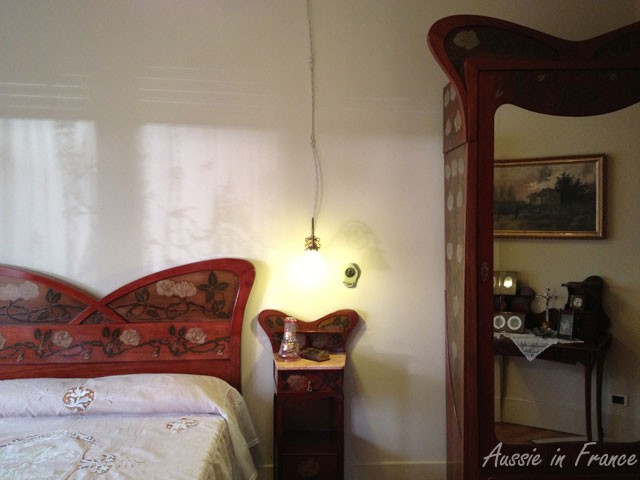 The actual design of the apartment is open plan, with much larger volumes than usual. However, rooms such as the utility room and the maid’s room are surprisingly small. 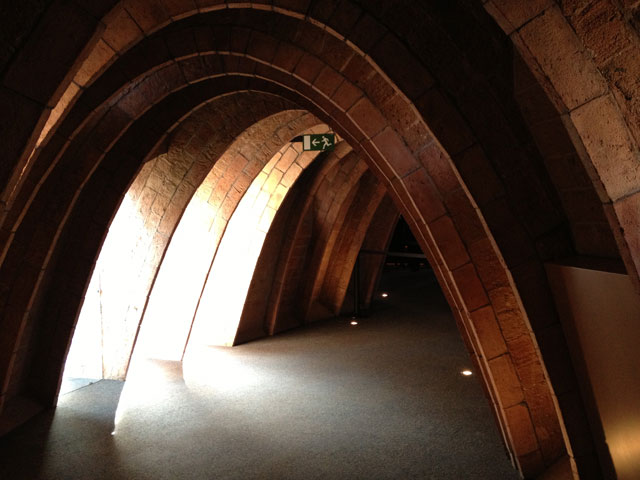 Attic with its catenary arches

The attic area, which was designed to house the water tanks and washing lines, consists of no fewer than two hundred and seventy catenary arches of different heights that hold up the roof. Today it’s used as an exhibition area for Gaudi’s life and work.