Making the Most of Spring in Blois

I don’t know how it got to be 10th March when just a couple of days ago, it was still February. All that R&R we were supposed to have this week doesn’t seem to have happened. Even though the fireplace smoked, we still could have spent time stretched out on our new sofa or relaxing in our armchairs reading. 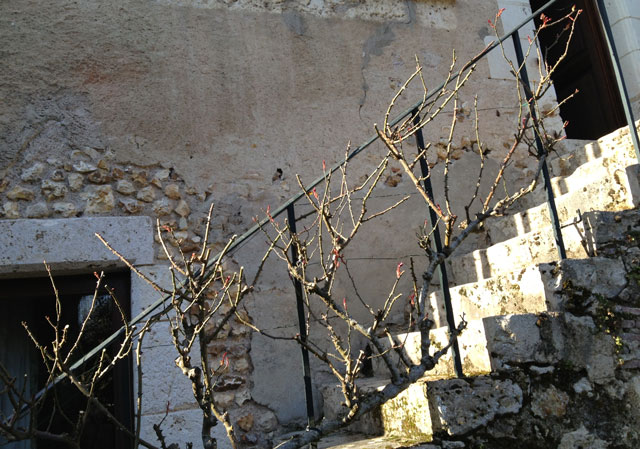 So what did we do? Well, we made the most of spring. When the weather suddenly got warmer – 15°C – and the sun came out, we dashed into the garden where we discovered we were late with most of our pruning. We cut back the Pierre Ronsard and Meilland roses which already had new buds sprouting. We pruned the grape vine (not that the grapes are edible), the wisteria and honeysuckle. 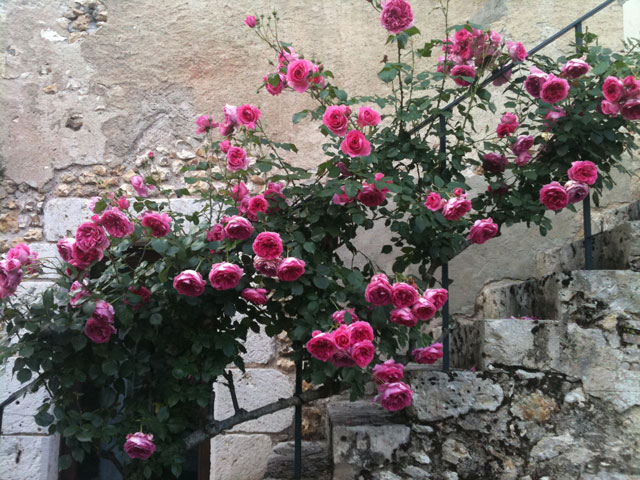 We cut back all the hydrangeas in the hope that they will flower again as well as they did last year. The timing seemed to be right in any case. We cut down the remainders of the tall-stemmed daisies. I’d already pruned the hollyhocks in the autumn and they all seem to be doing well. 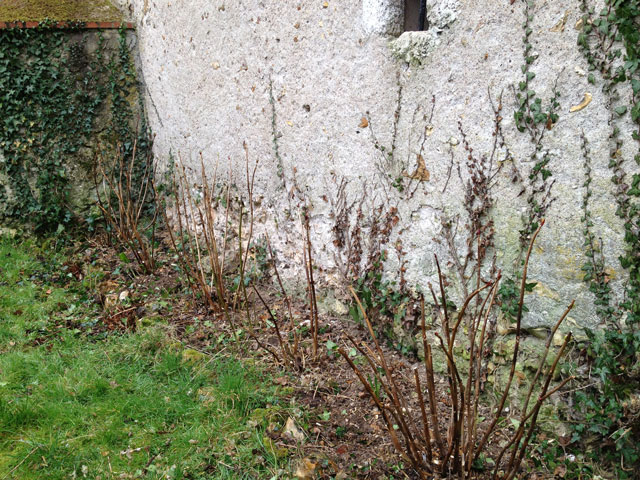 Jean Michel planted potatoes, onions and garlic in the rain by himself this year while I was upstairs working. But it’s OK, I didn’t really feel I was missing out on anything … 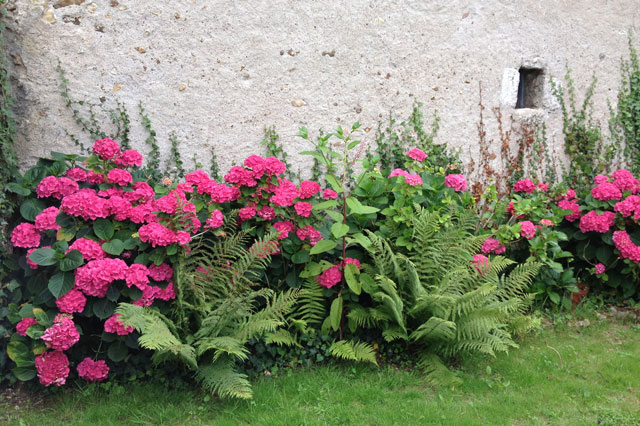 Our hydrangeas in bloom in July

We couldn’t resist a visit to the nursery though. Our aim was to buy a clematis for the wall you can see on the other side of the front yard when you’re having breakfast.  We nearly didn’t plant it because it turns out there’s a lot of water under that flowerbed but there was absolutely nowhere else to put it so we’ll see what happens. The lavendar and Saharan rose seem to be doing OK. 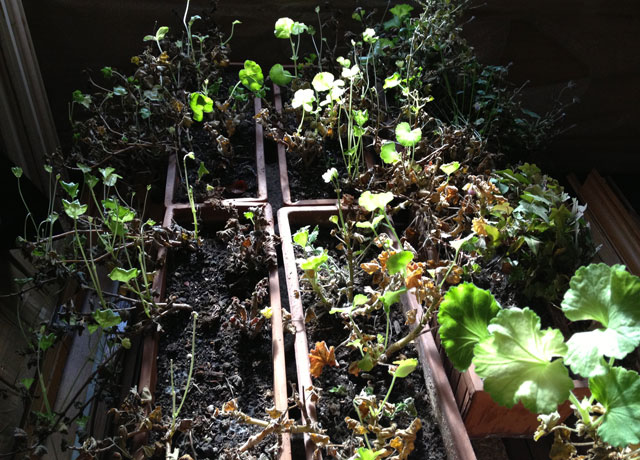 I spent a couple of hours trimming back all the geraniums we’d left inside the little house for the winter. When Jean Michel saw them the day we arrived in Blois, he said I was going to be disappointed because they were all dead. Not so. After only a week, there were new bits of green sprouting everywhere. However, since it’s going to get cold again this week, with temperatures below freezing, I cut them back, gave them a bit of water and let them in the little house until our return. 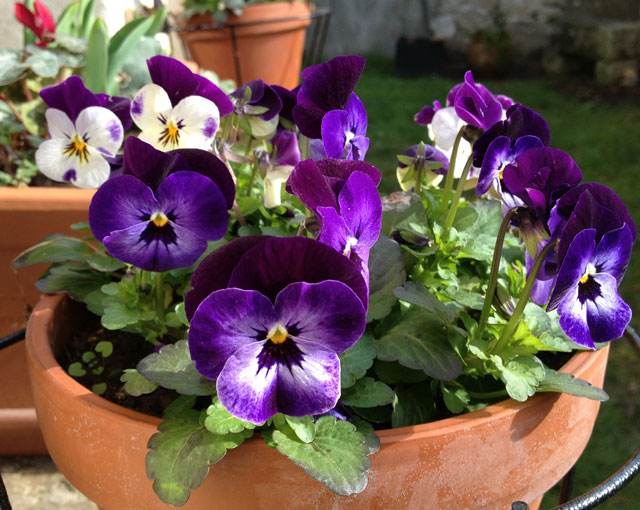 We also wanted some peonies. I love pink peonies.The man at the nursery said to plant them in pots and put them with the geraniums. That way we can plant them in garden when we come back in a month’s time. I’m not really sure where though. We really do seem to be running out of room. 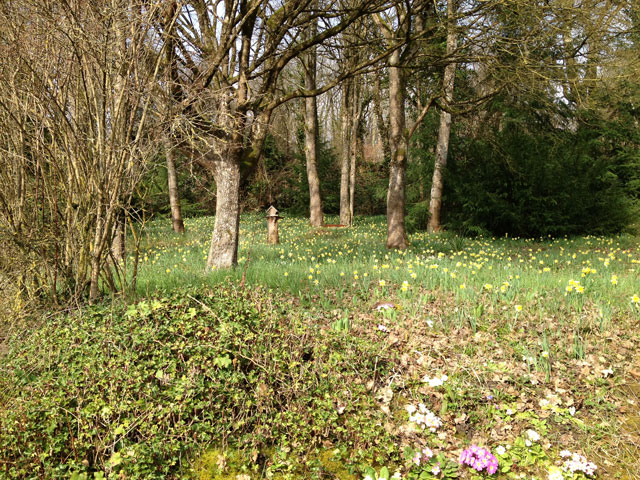 Our little wood full of daffodils and primroses

In the meantime, the little wood is a mass of daffodils so we were very sad to leave. There are two lilacs we should have pruned in the autumn so I don’t know it we’ll get many blossoms. That’s  another flower I love. We’ve started a garden book so we’ll do all the pruning at the right time next year. I’m looking forward to seeing the native Touraine orchids bloom in May. 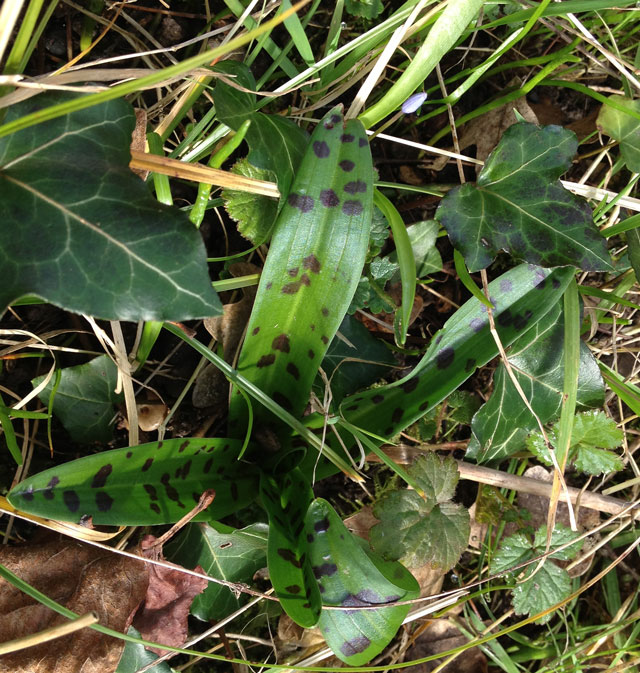 All the bulbs I planted in autumn are starting to come up and last year’s fuschias are just sprouting as well. However, we decided not to plant any gladiolis. They look a bit messy when you aren’t there to look after them all the time. I’ll wait until we live there permanently. The little pansies came right through winter without batting an eyelid. 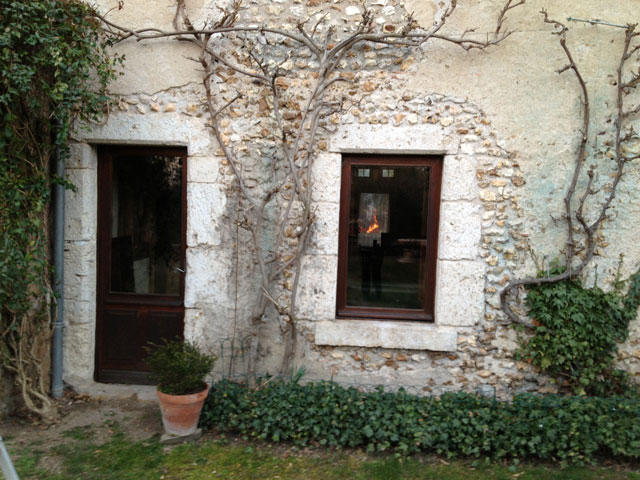 The wisteria and vine after pruning

We’re supposed to be going down to Blois again in a month’s time, but I don’t know if we’ll be able to resist that long. I just love watching everything coming out of the ground in the spring! Driving back to Paris, we’ve just learnt that we’re in for a very cold week, with snow expected tomorrow. The temperature has already dropped from 8° to zero. I’m glad we made the most of spring in Blois!

13 Responses to Making the Most of Spring in Blois