Until recently, I had never heard of a vide-armoires, which literally means “wardrobe emptier”. I have been to many vide-greniers (grenier means attic) and brocantes and had worked out the difference for myself. The vide-greniers provides the occasion for people to get rid of all the stuff they don’t want any more. A lot of towns hold one once a year. Sometimes they are combined with food stalls, but not always. 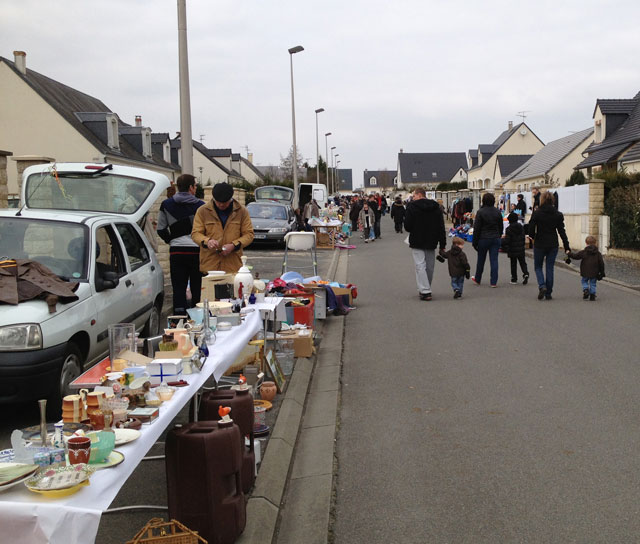 The term brocante comes from brocanteur who, according to the Larousse dictionary, is someone who buys and then sells (or swaps) secondhand goods. However, brocante is sometimes used to mean vide-grenier and the two can be combined. So you can find householders selling children’s hand-me-downs and old lamps next to a professional selling old furniture.

The etymology is not certain. There is a French expression de bric et de broc which means “made of bits and pieces”, maybe related to the German gebrochen or Italian brocco. It could also come from a broc repairer where brocs are the metal staples that used to be used to hold old pottery together.

Real antiques are usually sold at a “foire des antiquaires” but sometimes you find them at brocantes as well. 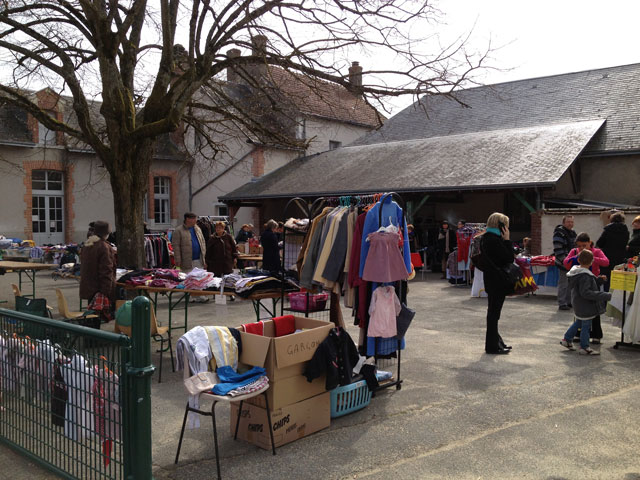 So I wasn’t sure what we’d find at a vide-armoires When we arrived in Bracieux, we discovered it was being run by the local tennis club. It turned out to be strictly private individuals – no professionals – and only clothing, mostly children’s. So not of much interest to us.

And before I finish, the correct spelling is vide-greniers and not vide-grenier and the singular and plural are the same.