From Bridge to Bridge

It’s Sunday, the sun is shining brightly, the sky is blue and it’s 8°C. We can hardly believe it after the awful weather we have been having since November. 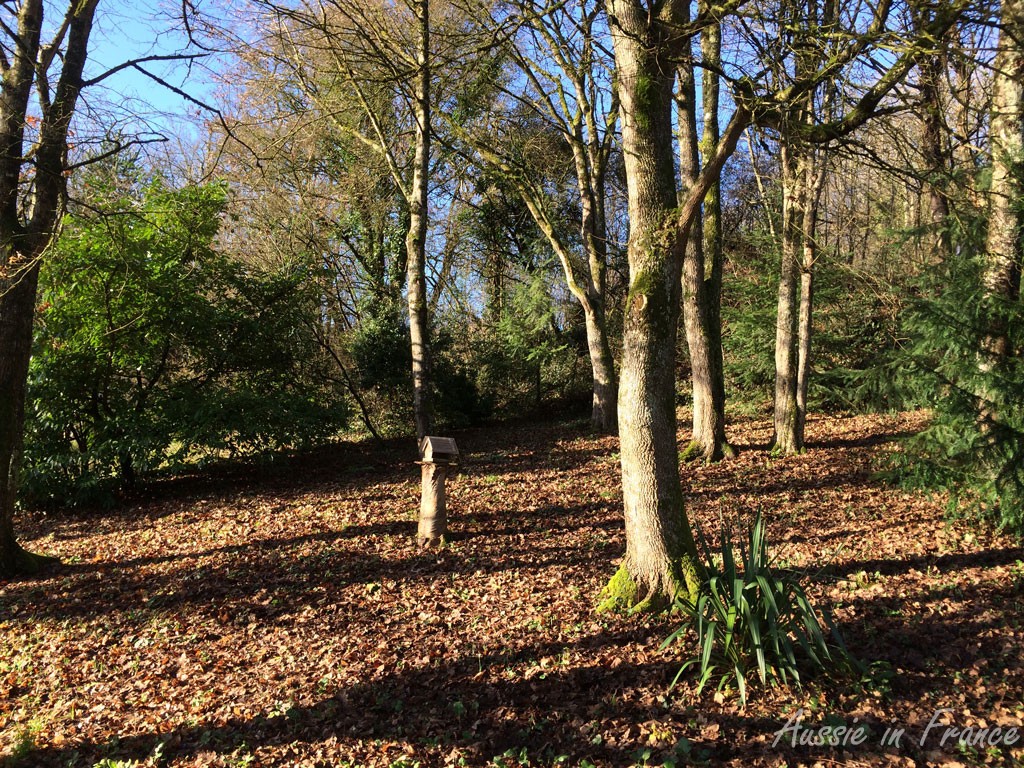 Sun in the little wood behind our house

We begin with pruning the roses. We have ten climbing roses now and I’m still learning how to do it so Jean Michel explains as we go along.

We are still feeling the aftermath of the terrible terrorist attacks during the week, starting with Charlie Hebdo and ending with four people being killed in a kosher supermarket in Vincennes very close to where I once lived, so a change of scene is welcome. 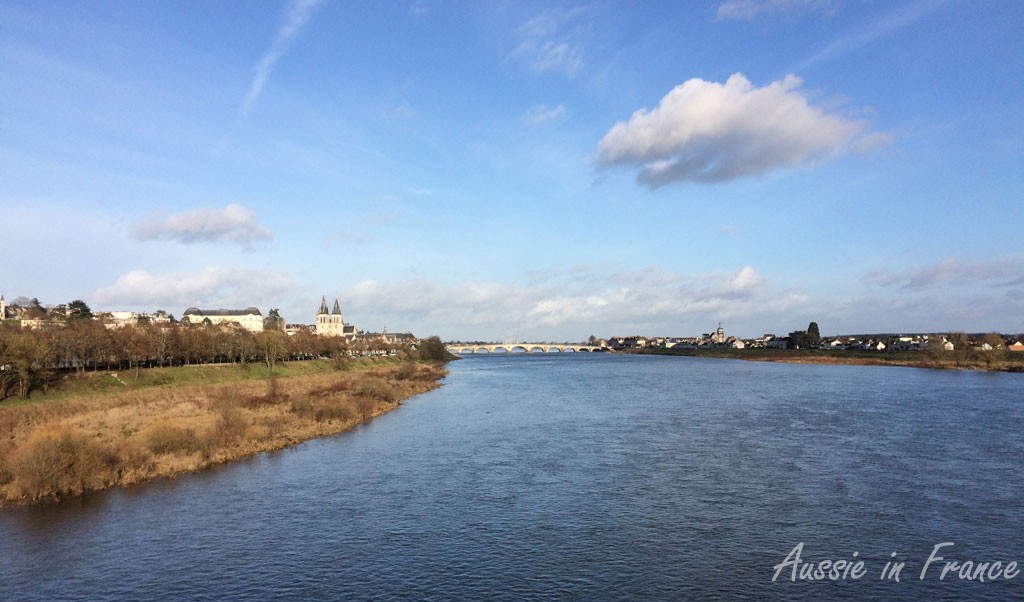 Whenever we go across François Mitterand bridge in Blois, I am frustrated because I’d like to take photos of the view but there is nowhere to stop before or afterwards much less in the middle.

So we drive to the parking lot halfway between the François Mitterand and Gabriel bridges so that we can walk back to the bridge, cross it, then continue along the Vienne side to Pont Gabriel. We’ll then cross over to the monthly brocante where we recently found andirons for our Renaissance fireplace. 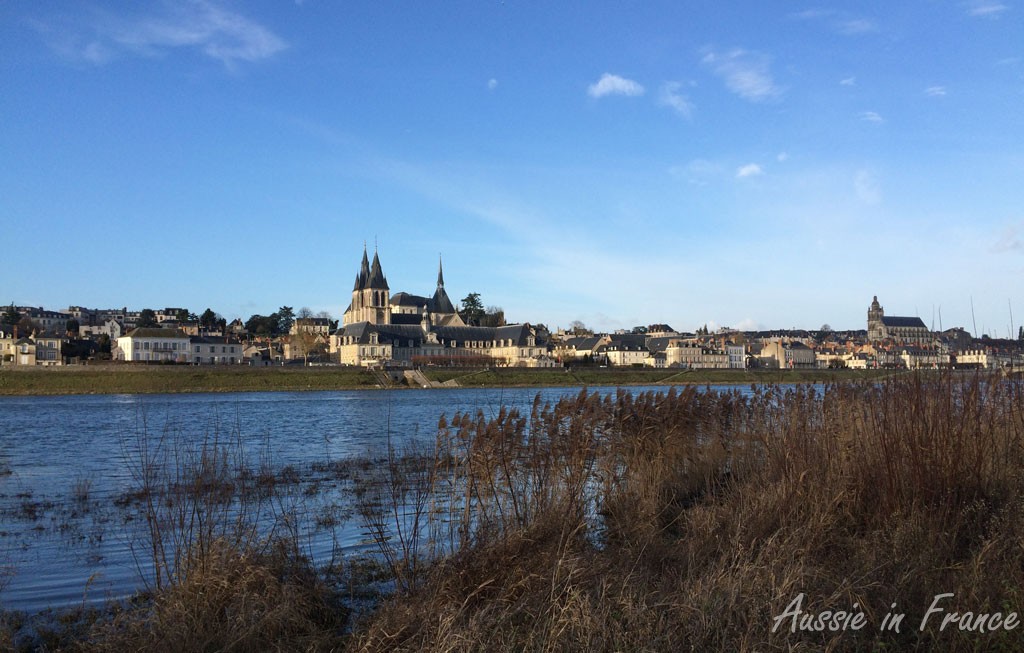 Blois from the Vienne side

I take lots of photos of Blois as we cross the bridge (the sun is in the right direction) and another series as we walk along the river bank on the other side. We’ve often cycled here but it’s much easier to take photos when you’re walking than when you’re cycling! 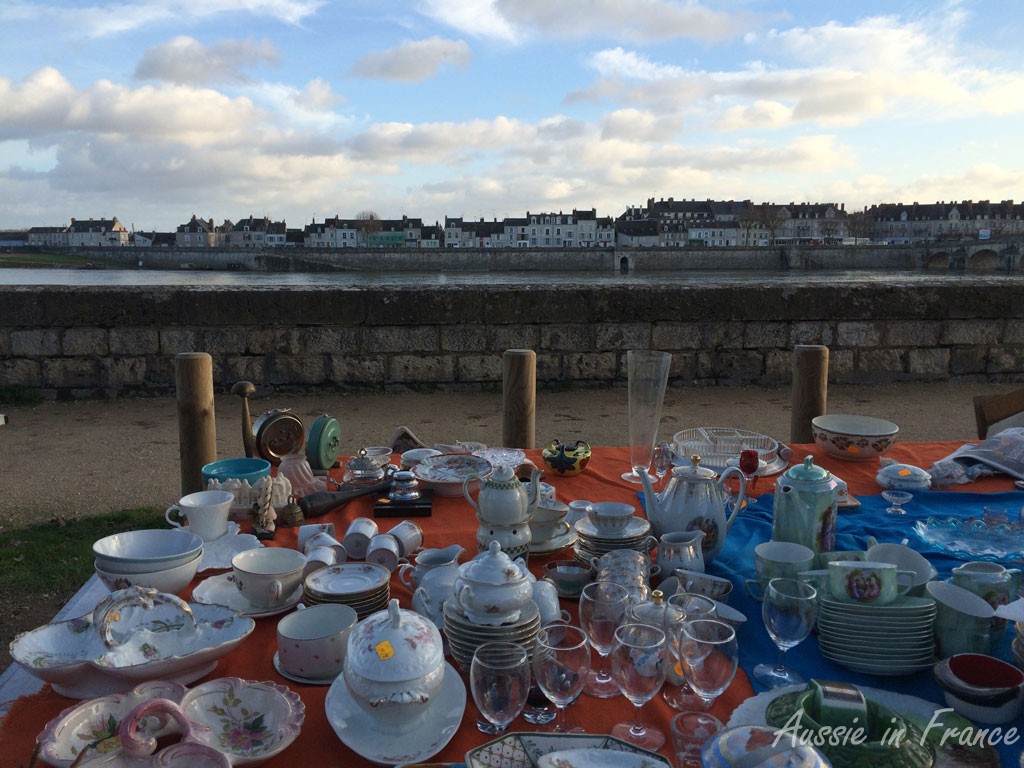 I love the brocante. I’m always amazed and intrigued by the things on sale. You wonder who would buy most of the stuff but I guess that the vendors only really need a handful of sellable things and the rest is just to fill up the stand. 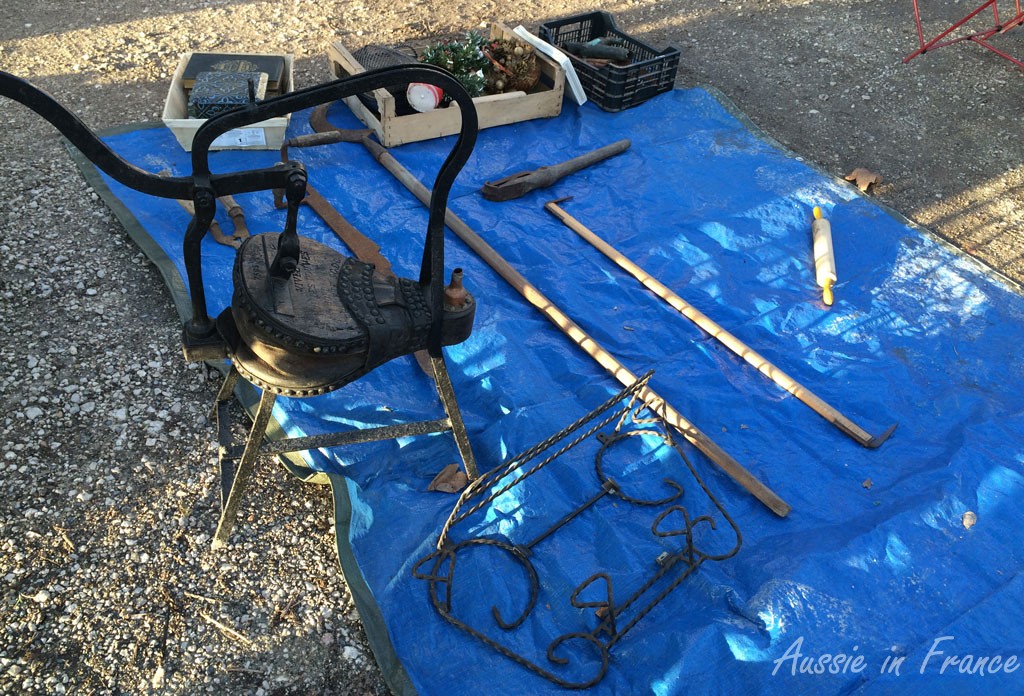 Unusual bellows at the market

It’s still light when we get back home at 5 pm so we decide to treat the moss that is covering most of our grass using the dolomite we bought recently. Last year we bought a product from the garden store that burnt the moss but didn’t destroy it so this time I searched google for something more natural. We’ll see what happens.

Jean Michel then goes to the kitchen to cook dinner. We have just bought two (dead and plucked) free-range ducks through our neighbour Alain. Jean Michel cooked one of the ducks last night for dinner with our next-door neighbours (the ones that bought the house with the poultry yard) using a recipe called the Arabian nights (1001 nuits) with various spices, nuts and dried fruit. It was very good. 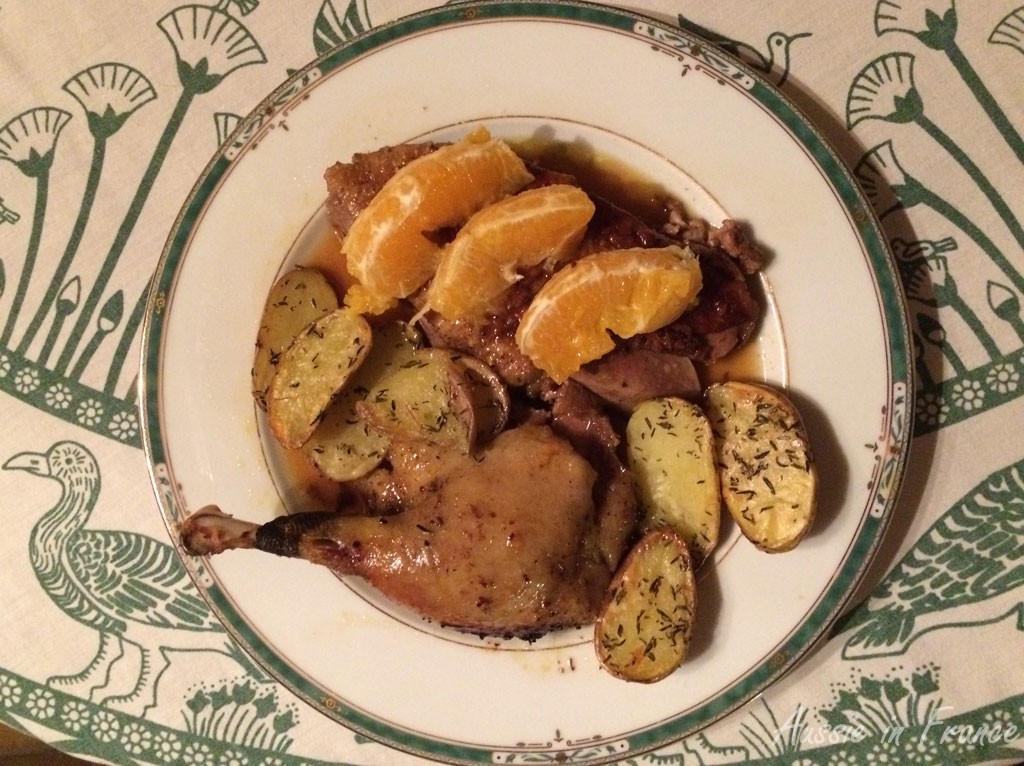 Up until Jean Michel’s retirement, I was the main cook with Jean Michel as my offsider. He also has a couple of dishes of his own (veal stew and rabbit) that he cooks occasionally in large quantities and then freezes. When we moved, I took over the everyday cooking with his occasional help when he’s not involved in renovation.

I was not initially thrilled at the idea of doing all the cooking on my own because it’s not something I’m passionate about but I saw that I really had no choice in the matter and this retirement game’s too tricky to rock the boat too much … However, Jean Michel has spontaneously increased the number of times he cooks by himself and we now have a good stock of veal, rabbit and chicken dishes in the freezer that I can dip into whenever I want. 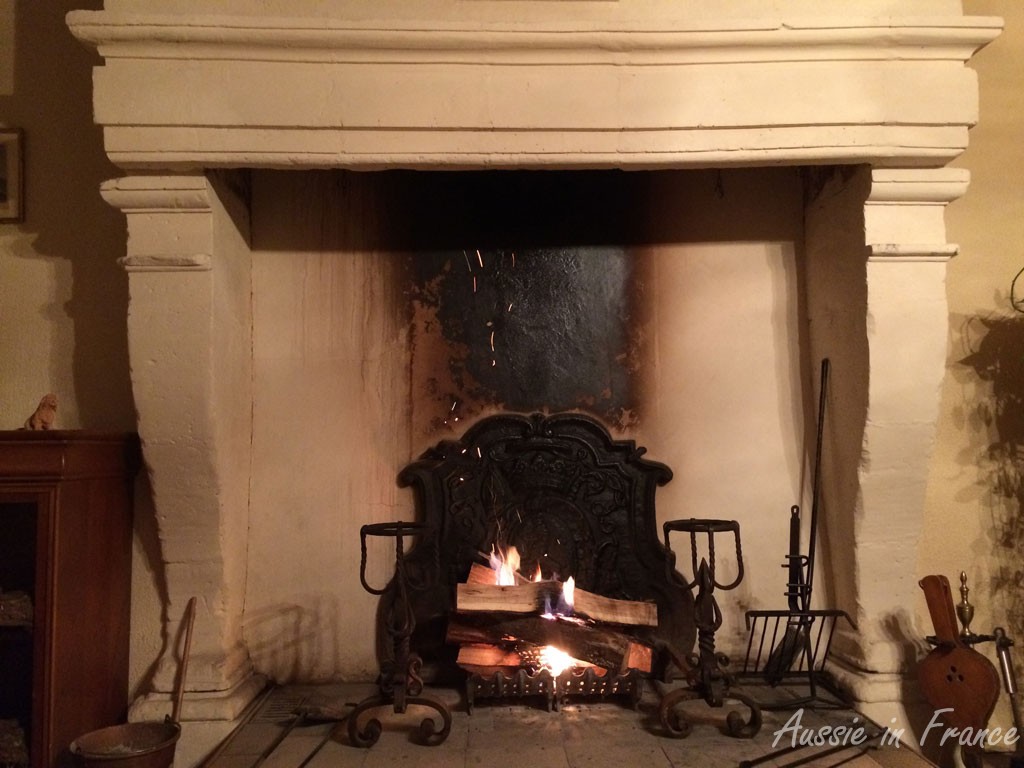 The fireplace with the andirons we bought at the brocante

Tonight he’s making the other duck into canard à l’orange which turns out to be very complicated and finicky so we don’t end up eating until 9 pm. But that’s OK. I have lit the fire and am enjoying not having to make the dinner! The breast is a little firm because it’s been cooked a bit too long but the drumstick is excellent and the orange sauce is delicious. I contributed the baked potatoes.

The rest of the duck will go into freezer bags for shepherd’s pie (hachis parmentier). I’m happy he’s found a creative activity that’s also practical and he doesn’t seem to mind that it’s so time-consuming. Vive la retraite!

13 Responses to From Bridge to Bridge