Loches, like Azay-le-Rideau, is on the banks of the Indre. Château de Loches, which consists of the 10th to 12th century collegiate church of St Ours, the early 15th century Logis Royal built by Charles VII and the 12th century keep, said to be the first stone built castle keep in France, surrounded by a very thick wall, stands on a rocky promontory overlooking the very picturesque town which has several Renaissance houses. It is beautifully lit up at night. Jeanne d’Arc arrived here on 11th May 1429 after her historic victory at Orleans to meet the king. The local market, on Wednesday and Saturday mornings attracts people from throughout the region. 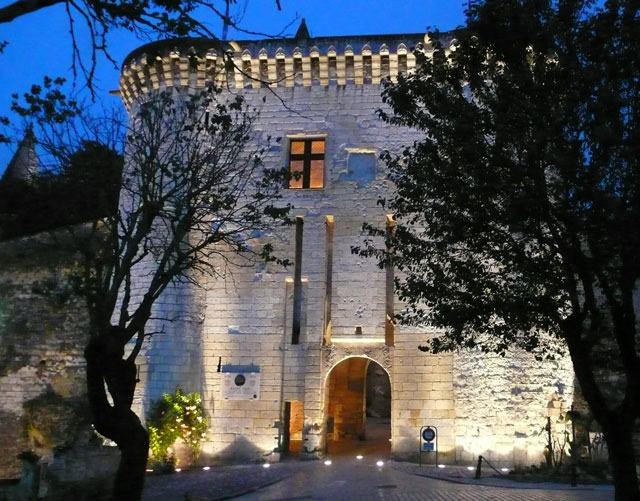 Mediaeval gate to Loches Castle lit up at night 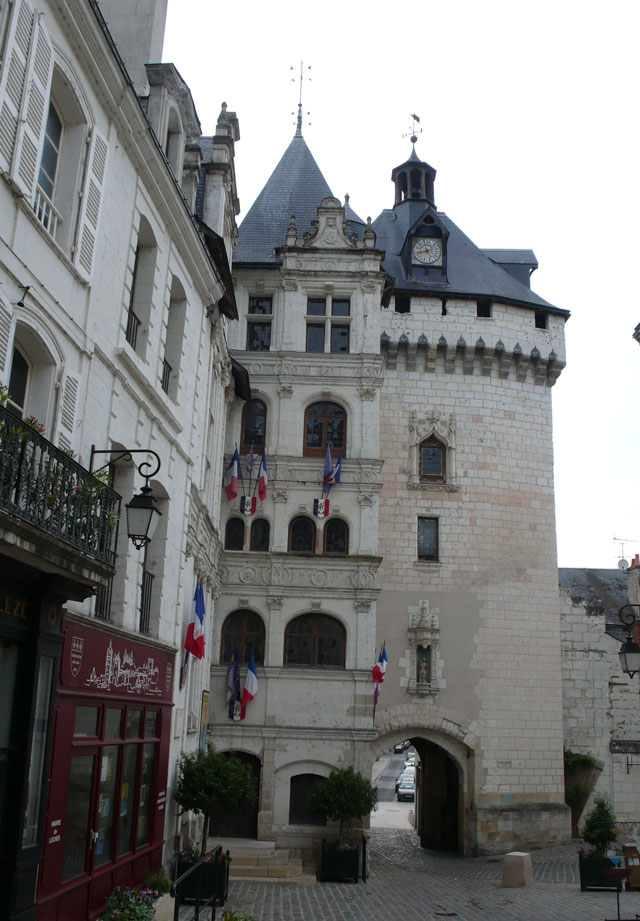 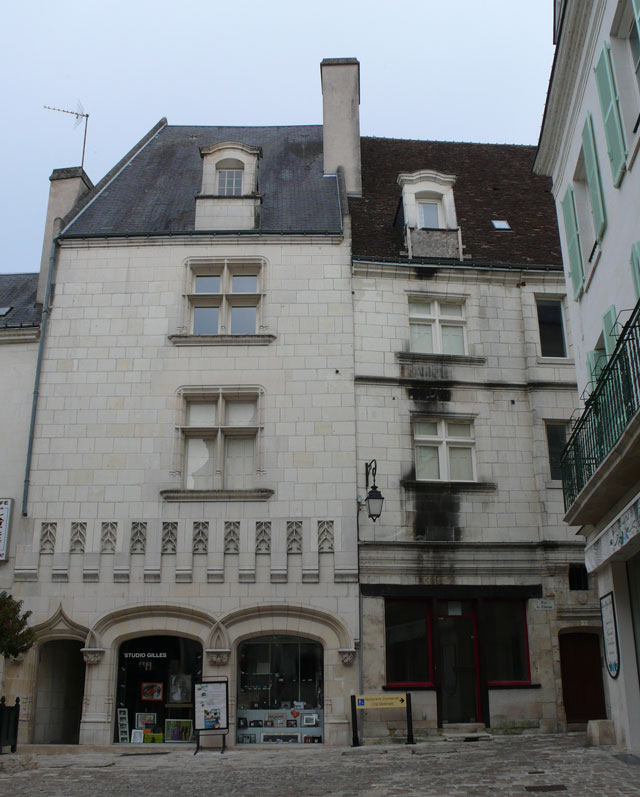 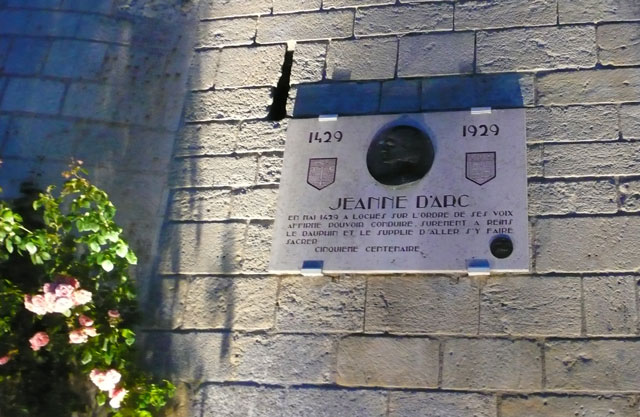 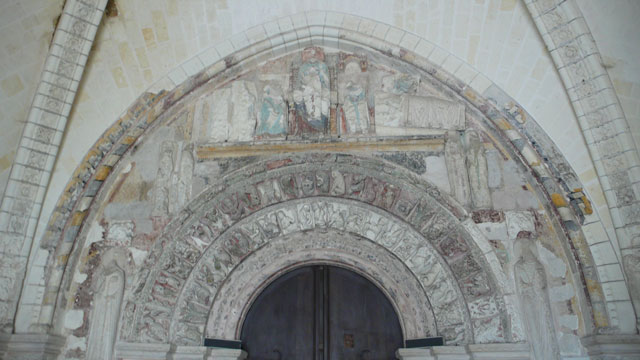 Tympanum of Saint Ours 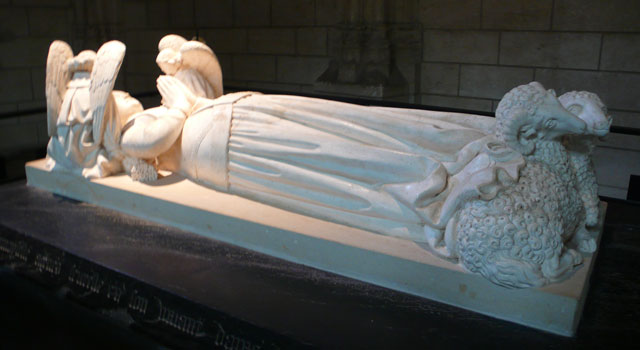 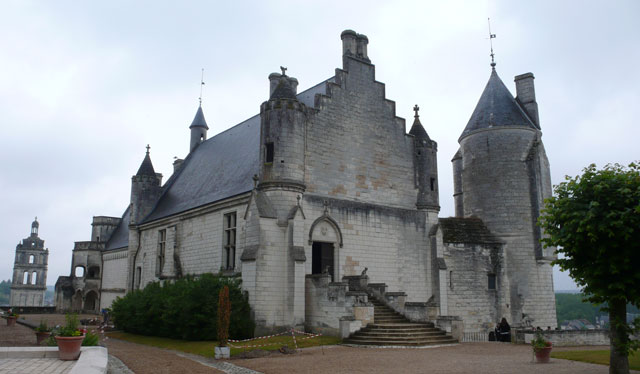 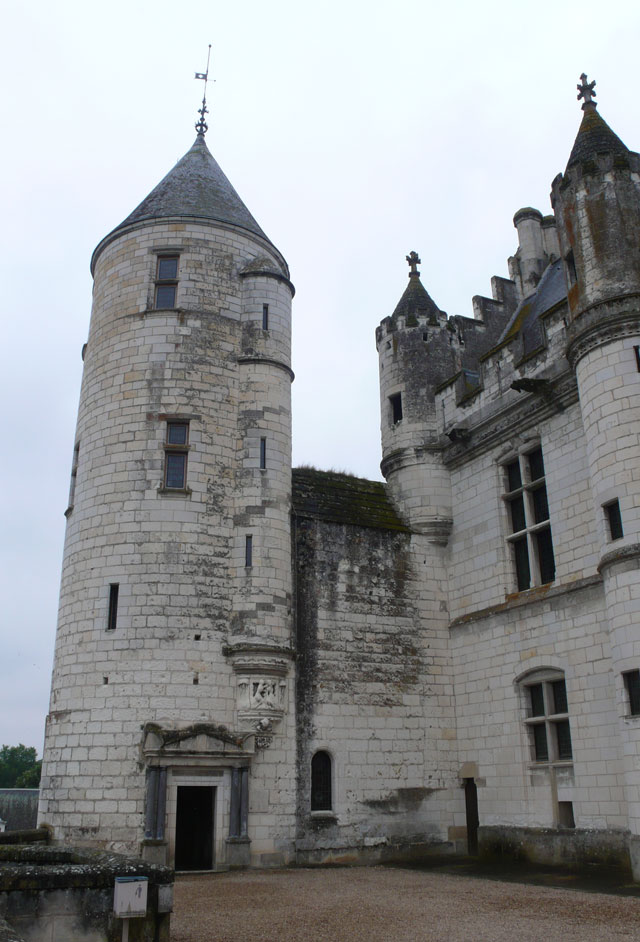 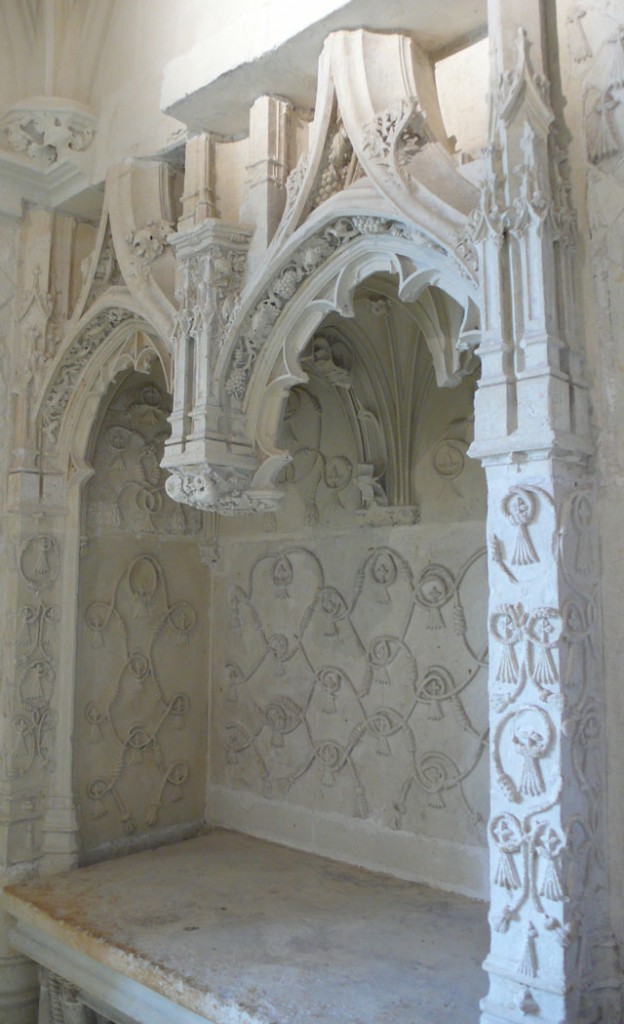 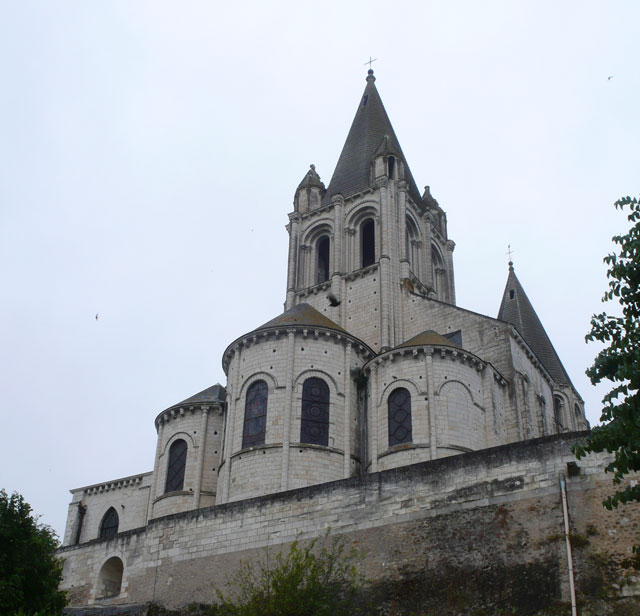 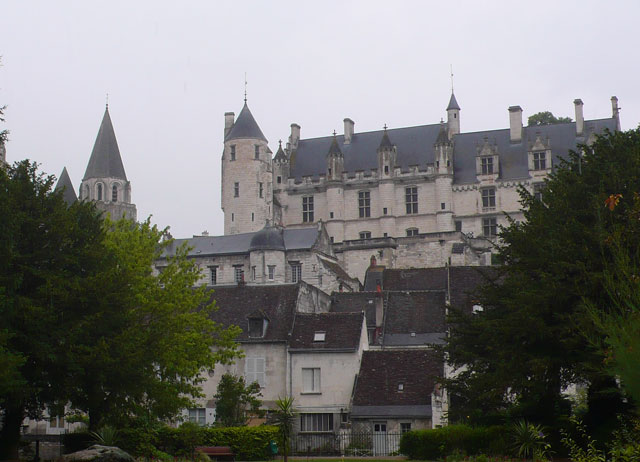