Last of Summer in Blois and Stendal

Today was our last day of summer in Blois. And, despite the sun, there was a slight chill in the air. We know that the next time we go there, in mid-September, autumn will be on its way. We had hoped that waiting until Monday night to go back to Paris after the Assumption weekend would mean less traffic, but we’re not so sure. 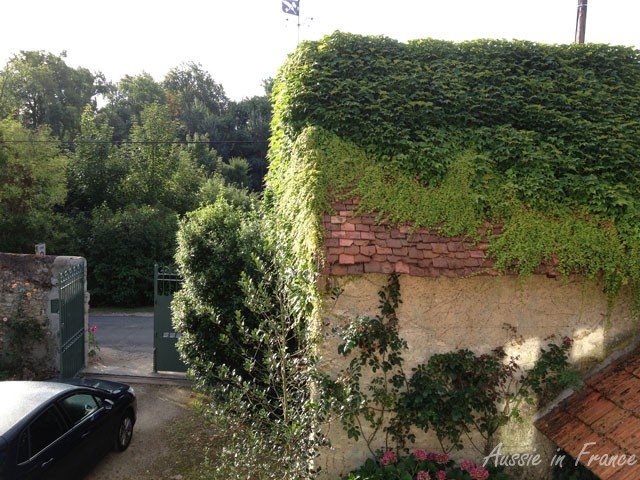 Before we left the house this morning, we chatted with our current guests at Closerie Falaiseau, Karin and Lothar from Stendal in Germany which is a mere 2,200 kilometers from Blois. They drove 1500 K the first day and 700 K the second , which sounds very Australian, doesn’t it? Karin explained that their home town of Stendal has a French connection. The well-known French author, Henri Beyle, author of Le Rouge et le Noir and La Chartreuse de Parme (1783 to 1842), is believed to have chosen the pseudonym of Stendal  in hommage to  the German writer Winckelmann from the town of Stendal. 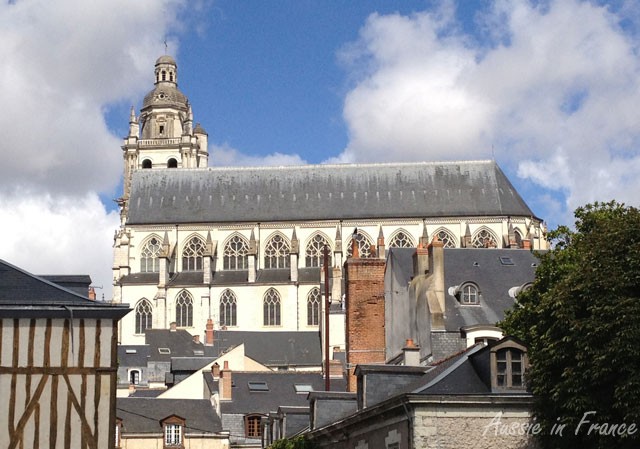 Blois Cathedral seen from the esplanade along the river

The first thing on the programme for the day was a photo shoot in Blois as we wanted to take enough photos for Blois Daily Photo to last until we come back again. I just took my iPhone but Jean Michel took his Canon 1DS 24/36 which has a special lens that takes photos of buildings without distorting them, unlike mine where I have to stand as far back as I can. 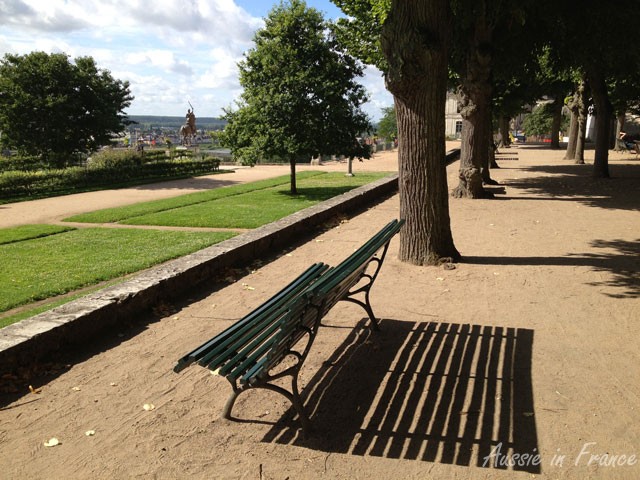 A bench casting shadows in Jardin de l’Evêché in Blois

We parked along the Loire on the Mail which is what they called the Esplanade here and wandered up the hill to the Jardin de l’Evêché (Bishop’s gardens) behind the Cathedral, feeling very much on holidays. I love the shadows cast by the morning light. 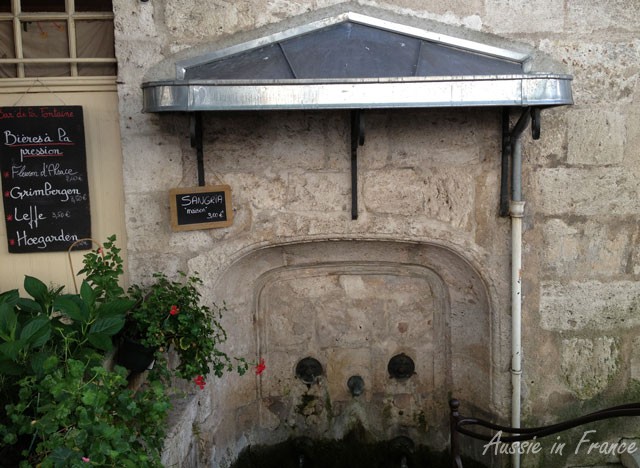 Our last port of call was the Saint Jacques fountain which I had discovered on a previous occasion. It’s just next to the Restaurant de la Fontaine Saint Jacques. I asked the waiter if it would be alright if we momentarily took down the Sangria sign and he very kindly removed it until we’d finished our photos. 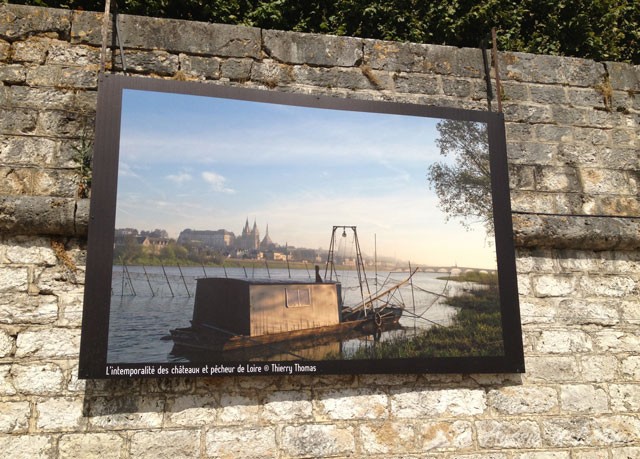 My favourite photo in the Blois photo competition

Before leaving Blois, we checked out this year’s amateur photo competition on the banks of the Loire. Next year, we hope we’ll be able to enter it. This year’s theme was “L’insolite” – the unexpected. My favourite photo was an old gabarre flat-bottomed fishing boat by Thierry Thomas. 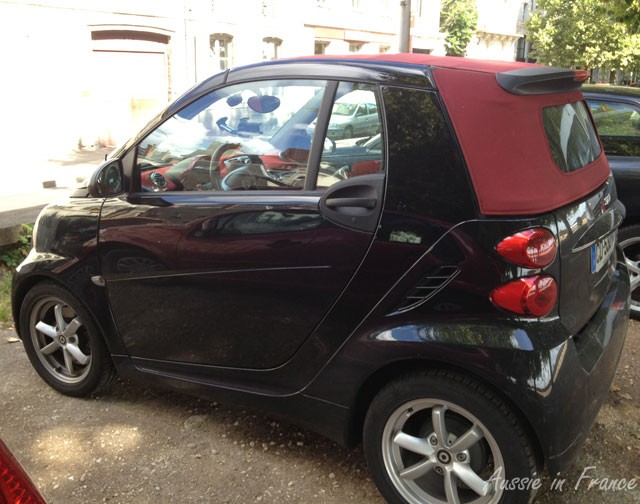 And, coincidentally, what should be parked just next to us on the Mail? This very snazzy rouge et noire Smart Car! 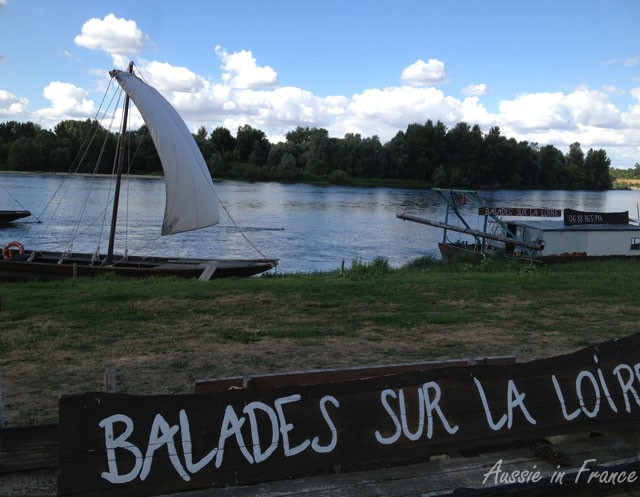 After a late lunch, we packed the car and drove to Chaumont to try out a new cycling itinerary, upriver a short distance, then down to Valliers les Grandes, across to Souvigny en Touraine, up to Mosnes, then along the river again to Rilly sur Loire and back to Chaumont. 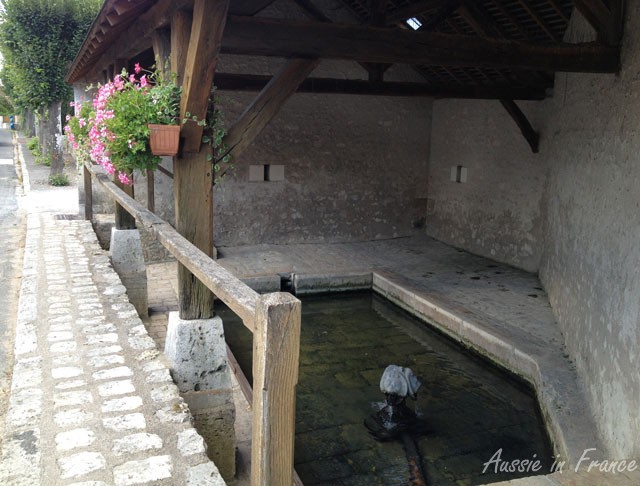 A lavoir with an interesting fountain head in Valliers les Grandes

It turned out to have lots of hills, especially quite a steep one at the beginning. We saw two lavoirs, four churches and several historical homes and lots of sunflower fields which in French are called tournesol . I always thought they turned in the direction of the sun. However, these were facing east and not west. Perhaps someone has an explanation. 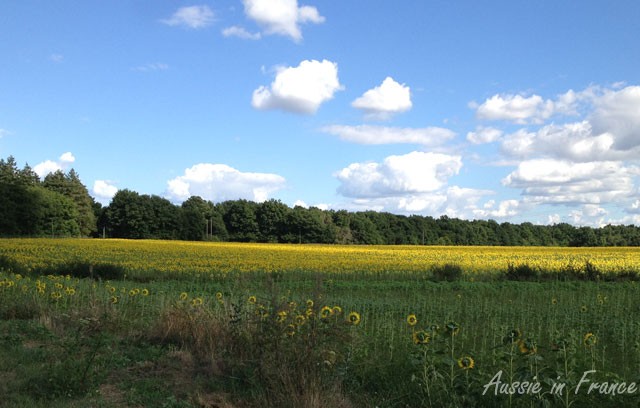 Sunflowers facing away from the sun!

I had just remarked that we hadn’t seen any hot air balloons – you can usually see a half a dozen in the sky at once late afternoon and early morning – when we saw one just ahead of us and quite low down, travelling very quickly towards Chaumont and no doubt on to Chenonceau. 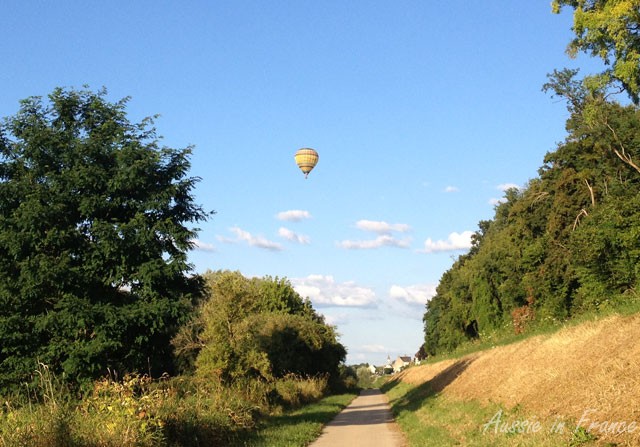 The original 25 kilometers somehow turned into 35 because we changed the starting point and took a wrong turning at one stage and it was 8.30 by the time we got back to the Little House for our last barbecue of the season. And now we’re sadly on our way back to Paris and work.

3 Responses to Last of Summer in Blois and Stendal