Posted on January 6, 2014 by Rosemary Kneipp

We kept on passing Château de Beauregard when cycling to Chambord and Cheverny, so we finally scheduled a visit on a Sunday morning in March. We were surprised to run into friends from Montrichard who had just finished their visit! It’s a small world, isn’t it? 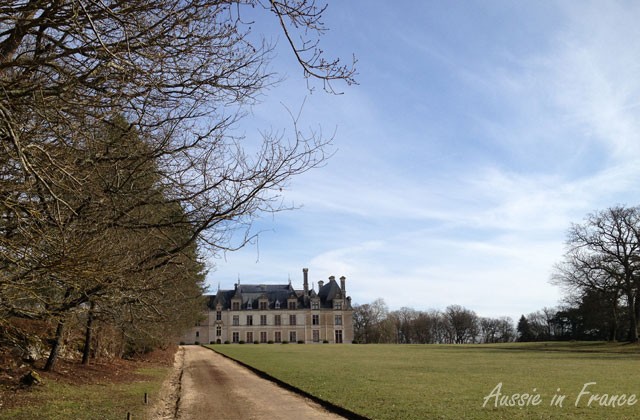 Approaching Beauregard through the landscaped park 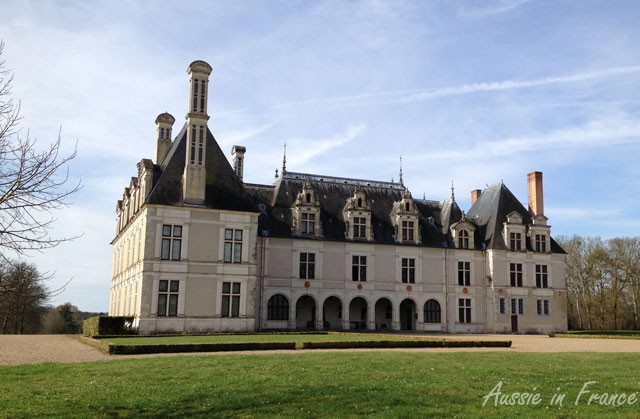 The harmonious Italianised architecture includes arcades in the gallery surmounted by terracotta medallions. Its high white chimneys “à la Chambord” are incrusted with slate. All that remains of Jean du Thier’s interior decoration, however, is the Cabinet des Grelots, his work cabinet, with its delicately sculpted caisson ceiling completed in 1554 by the royal cabinetmaker Scibec de Carpi. The name grelot is derived from Jean du Thier’s coat of arms: 3 gold bells (grelots) on a blue background. 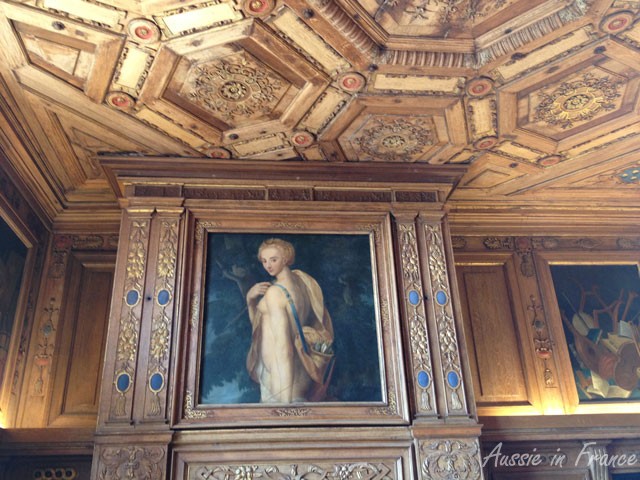 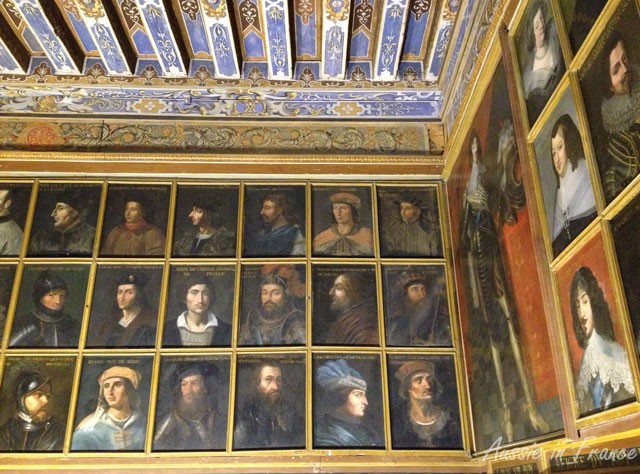 Close-up of some of the portraits and beautiful painted ceiling 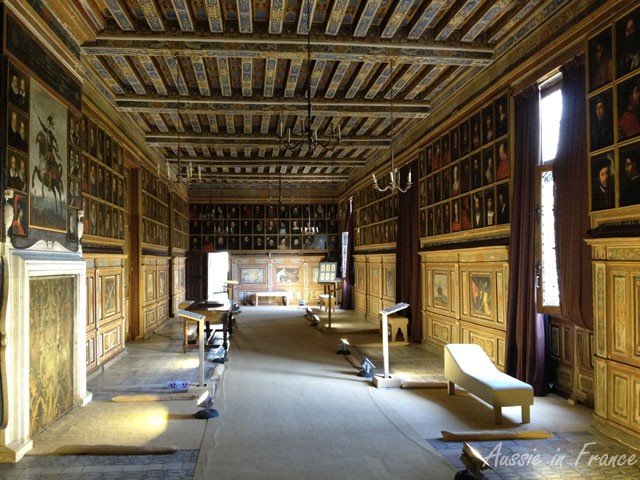 Grand Gallery with its 327 historical portraits

The west wing was destroyed in the 19th century and a second gallery built on the south side. It was modernised in the 20th century by the Tillier family before being bought by the Pavillon family in 1925. It was opened to the public in 1957. Restauration is ongoing and the landscaped park has now been completely restored. 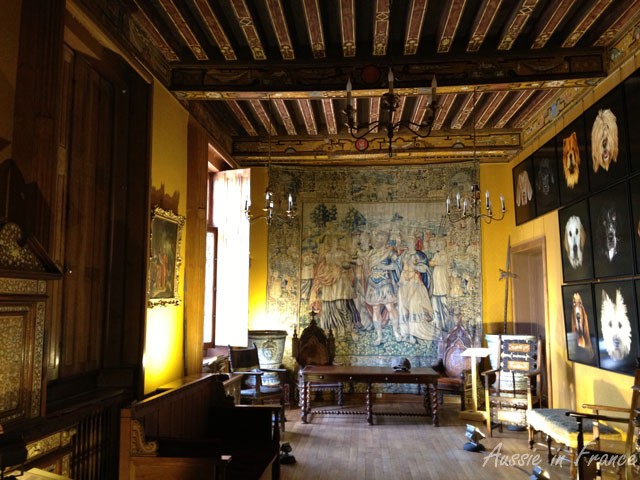 The château also houses a portrait exhibition of dogs owned by famous people. The International Animal Portrait festival was launched in 2012. 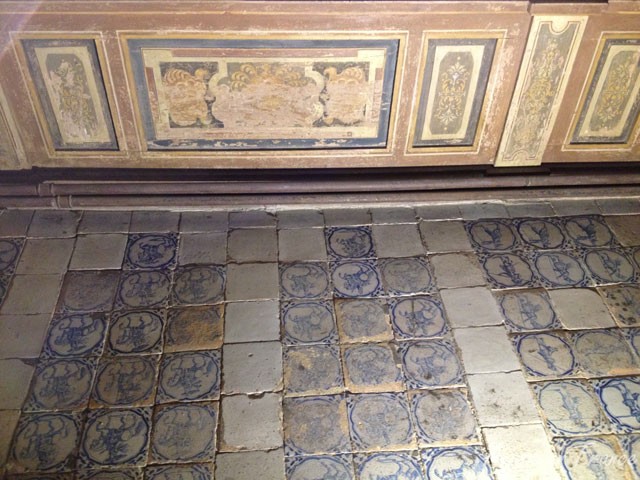 We did not explore the grounds which are obviously not their best in mid March. The Cabinet des Grelots and the Portrait Gallery in particular are quite exceptional but the other rooms are somewhat disappointing. 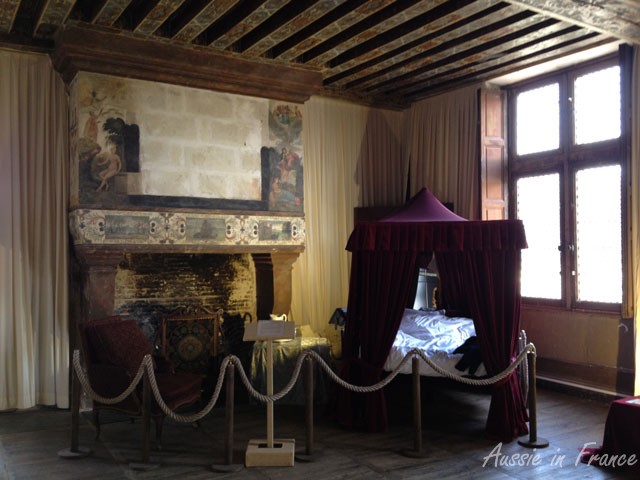 Some effort has been made to recreate the atmosphere in one of the bedrooms but I’m afraid it’s not very convincing. Dog lovers, however, will no doubt appreciate the exhibition, even if it seems a little incongruous.