In this week’s Blogger Round-Up, Carolyn from Holidays to Europe takes us to Colmar, which is one of my favourites places in Alsace, with its picturesque canals while Chasing the Donkey gives us an insider’s tour of Zadar in Croatia with it’s famous Sea Organ. To finish off, Mary Kay from Out and About in Paris gives us lots of unique ideas for Saint Valentine’s Day in Paris. Enjoy!

A Short Guide to Colmar, France

With only a couple of days in the Alsace region of France, I didn’t have much time to spend in Colmar but in the few short hours I was there, I quickly realised why it is such a popular town with tourists from all over the world – it is absolutely gorgeous!

Thanks to its history as a major trading post and river port in the 16th Century, Colmar is one of the prettiest cities in France. Wealthy merchants built spectacularly colourful houses alongside the canal, and even today, centuries later, they ooze charm. With a mix of French (the window shutters) and German (half-timbered facades) architecture, the houses of the former trading areas of Colmar are a reminder of the heady days when wine from the neighbouring Alsatian vineyards was shipped along the canal. Read more

What to see in Zadar

By Chasing the Donkey,  a Mum & wife, now Australian expat who packed up her very typical Aussie life in May 2013 and shifted it along with her Croatian Husband and Son to rebuild the old house they inherited in Croatia & make it their home.

Be sure to to make a stop in Zadar if you plan to explore Northern Dalmatia, it’s a great destination to spend  time in, its a great choice to use as a base to see Plitvice, Paklenica or Krka National Parks. So, what should you see while you’re in Zadar?  We’ll there is no doubt that you’ll enjoy drinking coffee overlooking the Grand Roman Forum that is over 2,000 years old and the Church of St, Donatus among the many sights – but I guarantee you’ll end up being drawn to 2 of Zadar’s most unique attractions. The Sea Organ & the Greeting to the Sun. Read more

Love is in the air: lots of unique ideas for Valentine’s Day in Paris 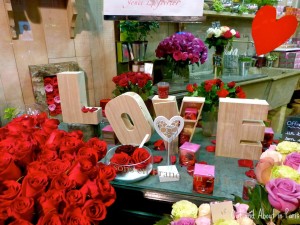 Whether you’re single, married or divorced, there’s a lot happening in Paris on February 14:

Feel like a star – For Valentine’s Day, the RATP is offering you and the person of your choice a FREE glamor shot. Five Harcourt Studio photo cabins will be available from 12:00 – 6:00 pm at the following stations: Gare de Lyon, Denfert-Rochereau, Villejuif-Louis Aragon, La Motte Picquet-Grenelle and Jaurés.

One minute to “spread the love” at the Louvre: At precisely 14h14 (2:14 pm) on February 14, a flashmob will gather in front of the pyramid at the Louvre to kiss their lover, best friend, stuffed animal, dog or bicycle. Couples, families, friends – everyone is invited to share a minute of love. KISS Flashmob in Paris event page. Read more