This week’s blogger round-up is all about food. Paula McInerney from Contented Traveller reports on eating mussels in Brussels, which it’s a very popular food in France as well. We buy them on the Sunday market. And it’s the Fête du Pain in France, so I have two posts for you: first we have an historical explanation by The Good Life France then the ever-active Mary Kay from Out and About in Paris gives us Paris’ take on the bread festival including the best baguette competition. Enjoy!

by Paula McInerney from Contented Traveller. When they are not living in Australia, she and her husband Gordon travel the world, trying out houseboats, tatami mats, cave houses and over water bungalows, with serendipity as their watchword 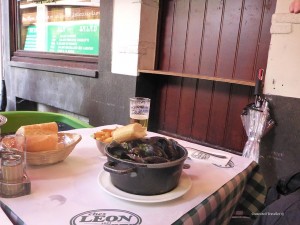 I had to use the phrase Mussels in Brussels because it is a term that we have heard often and one that is quite amusing in a strange way. When we hear of a countries signature dish, we want to try it and we did.

I think that we fell for Brussels pretty much straight away and wondered at why so many people are so sceptical of this city as a destination. These are 2 posts where I stand up for Brussels as being a new hot spot for travellers Brussels: the new hot spot for travellers  and Brussels – a little taste leaves me hungrier. Add to the mix that you get to try the mussels in Brussels and you cannot go wrong in my opinion. Read more

by The Good Life France, an independent on-line magazine about France and all things French, covering all aspects of daily life including healthcare, finance, utilities, education, property and a whole lot more 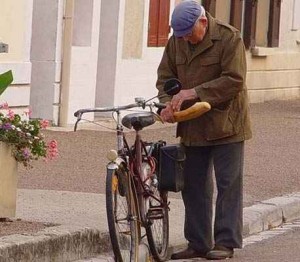 Bread, as everyone knows, plays a big part in the daily life of the French people – in fact 12 million people a day in France visit a bread shop.

From baguettes to boules – the long thin sticks of light bread, to the round tasty balls of bread, bread in France is part of the daily fabric of life.

Since 1996 a festival of bread has been held to celebrate the art of making real, traditional French breads. Taking place across France the festival runs for a week each May starting on the Monday before the 16th May – which is the Saint’s day of Saint-Honoré – the Patron Saint of bakers. Read more 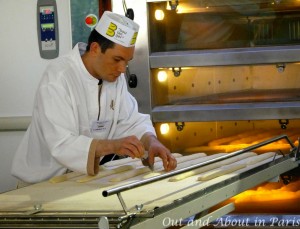 Mmmm! If you’re planning to attend the annual “Fête du Pain” (Bread Festival”) in Paris, just follow your nose to the large tent in front of Notre-Dame Cathedral from May 8 to 18. It’s where French bakers and pastry chefs invite visitors to learn about one of France’s most revered professions. Not surprisingly, the celebration coincides with the name day of Saint-Honoré, the profession’s patron saint. Read more