We’re back in Paris. I feel like a côte de boeuf so I go to the butcher’s on rue Montorgueil. Usually there are three open, today there is only one. In fact, only about one shop in five in Paris is open.  There are even restaurants that are closed. 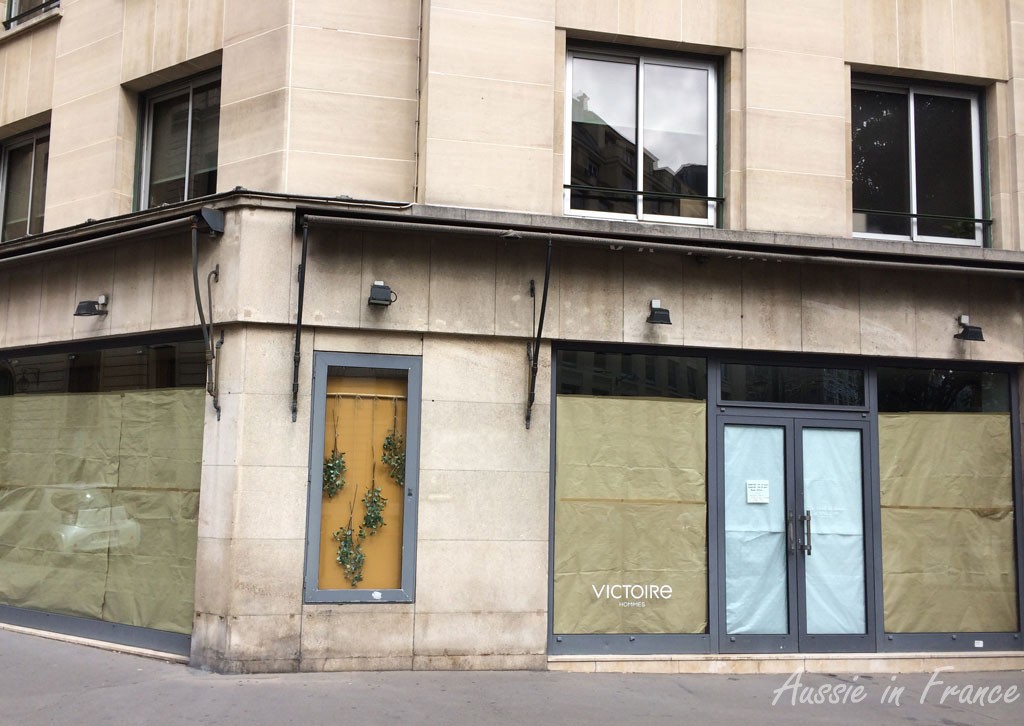 Now it’s Sunday and we’re at the market near Sainte Eustache. There are only about one-third of the usual stalls and even those have limited produce. 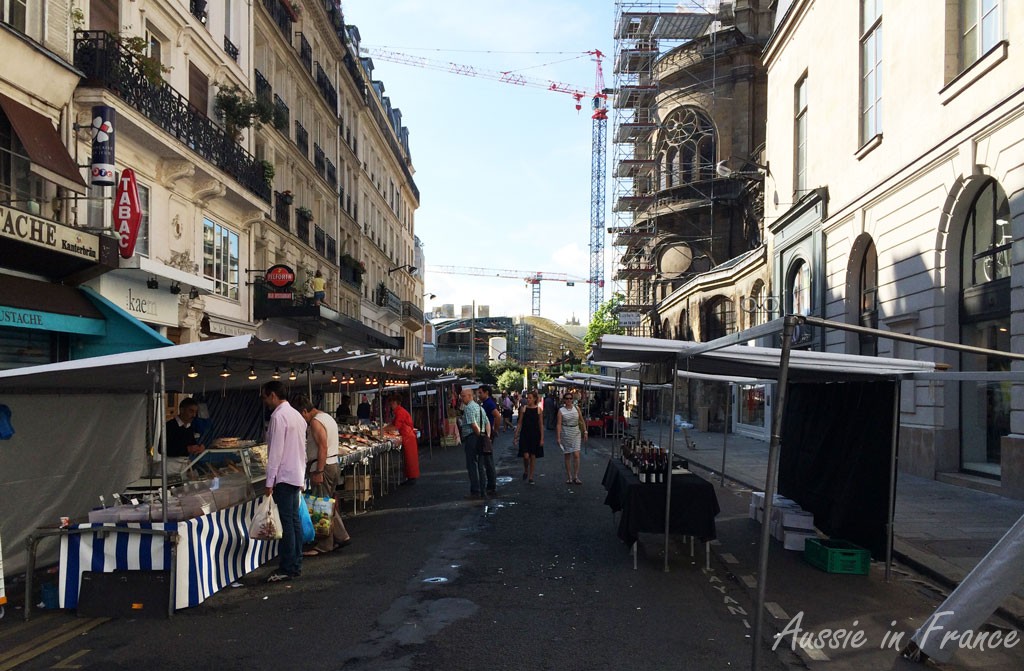 Most of my clients have shut up shop as well which means I have some free time to see the odd friend who is still in Paris in August! 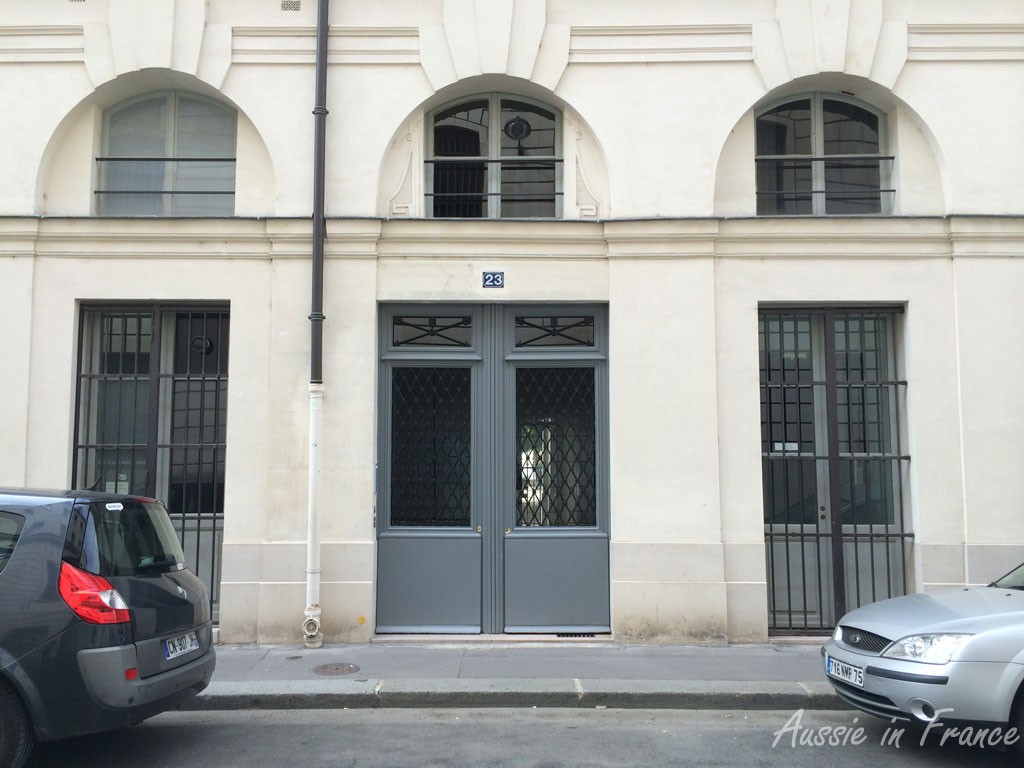 Free parking space in front of our apartment building

There are spare parking spaces in our street, which is most unusual. Usually, they are bumper-to-bumper. No wonder parking is free.

So where is everybody? 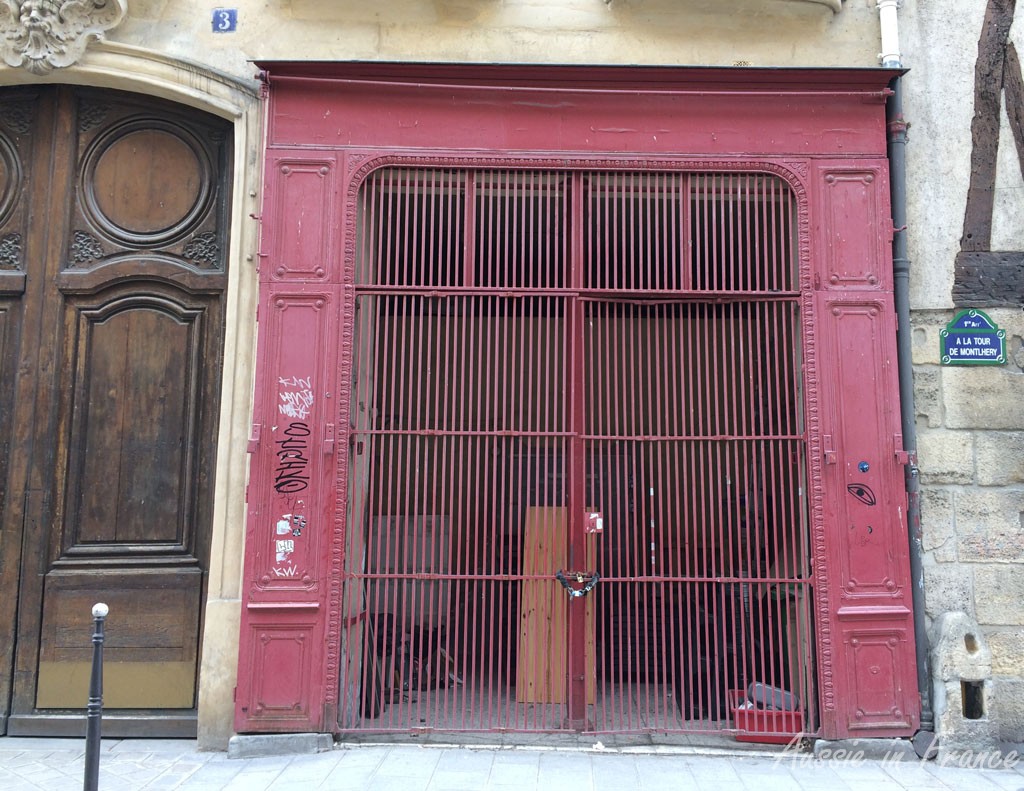 With everything else close, I notice this old butcher’s stall. It seems to be empty now. You can see the meat safe at the back.

The families with beach or country houses are on the coast or in the countryside. If the mother doesn’t work, the father often commutes at weekends.  It’s peak time for French holiday makers on the Atlantic and Mediterranean and the airports are over-stretched. Some companies close for the whole of August while others shut down for the week surrounding the 15th August which is a public holiday in France. 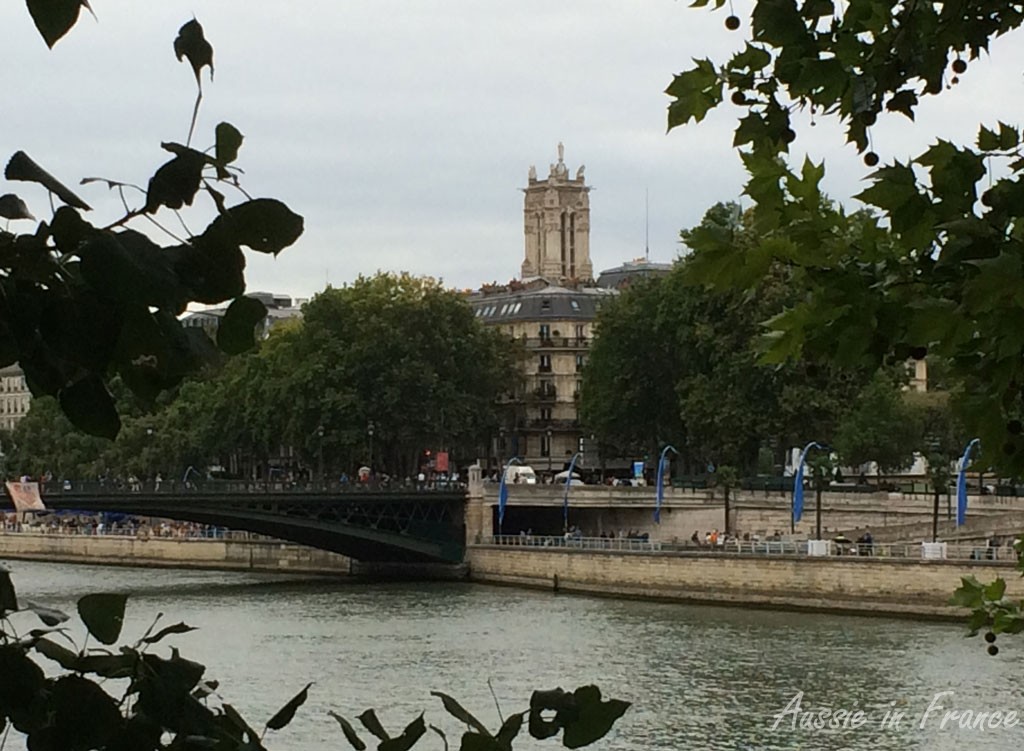 There is a saying that the weather deteriorates after the 15th August weekend, but this year, it got in early! Looks like the end of August might be finer and warmer. 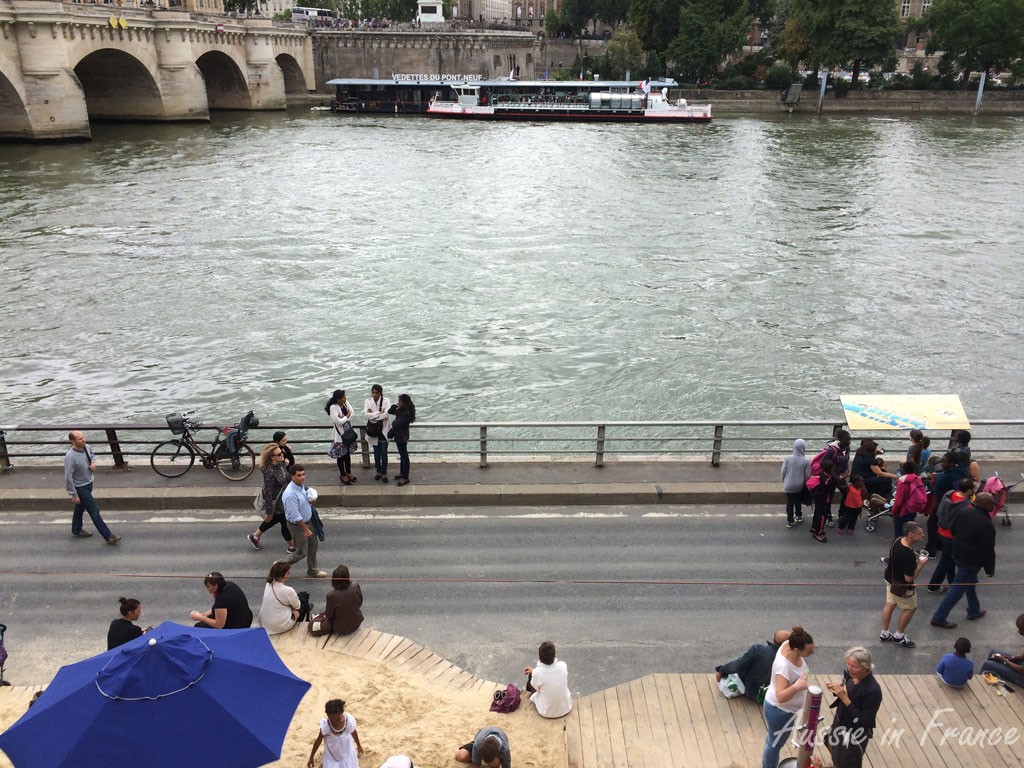 It’s Sunday afternoon and Jean Michel suggests we go to Paris Plage because we’ve left our bikes in Blois. It’s about 20°C and overcast. We hope it won’t rain. 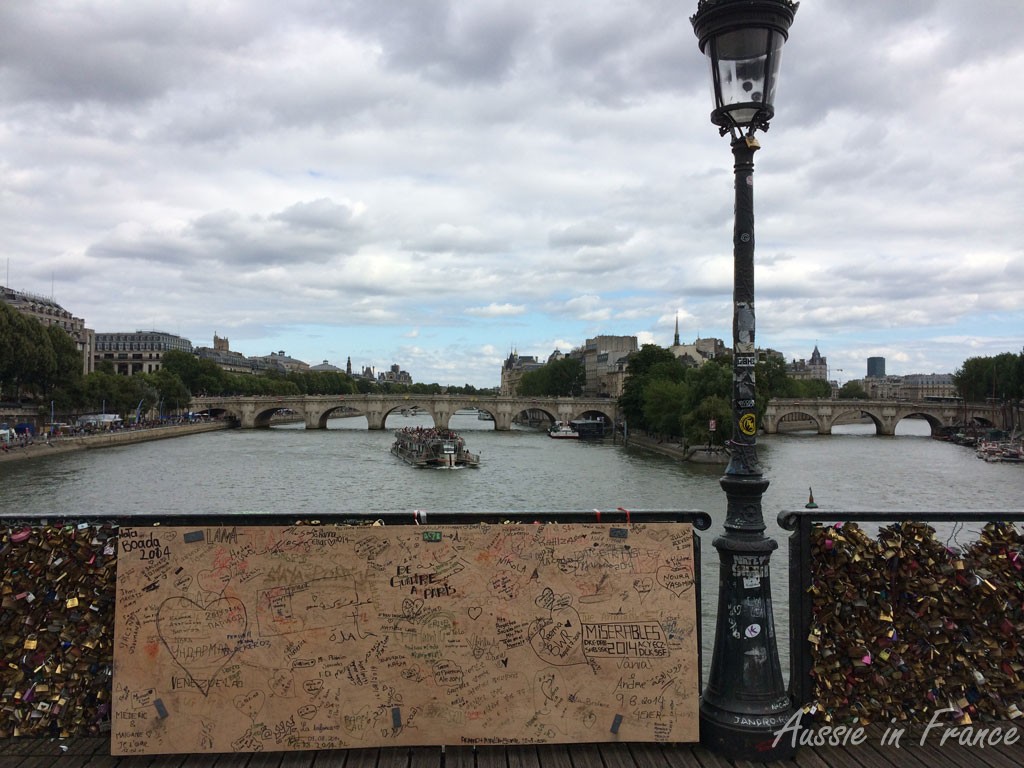 The panels and broken fence on Pont des Arts

I want to see the love lock situation on Pont des Arts. Currently, nearly 10,000 people have signed the No Love Locks lobby’s petition to have them banned but I can’t see the solution, much as I hate them now, though I initially thought they were fun. 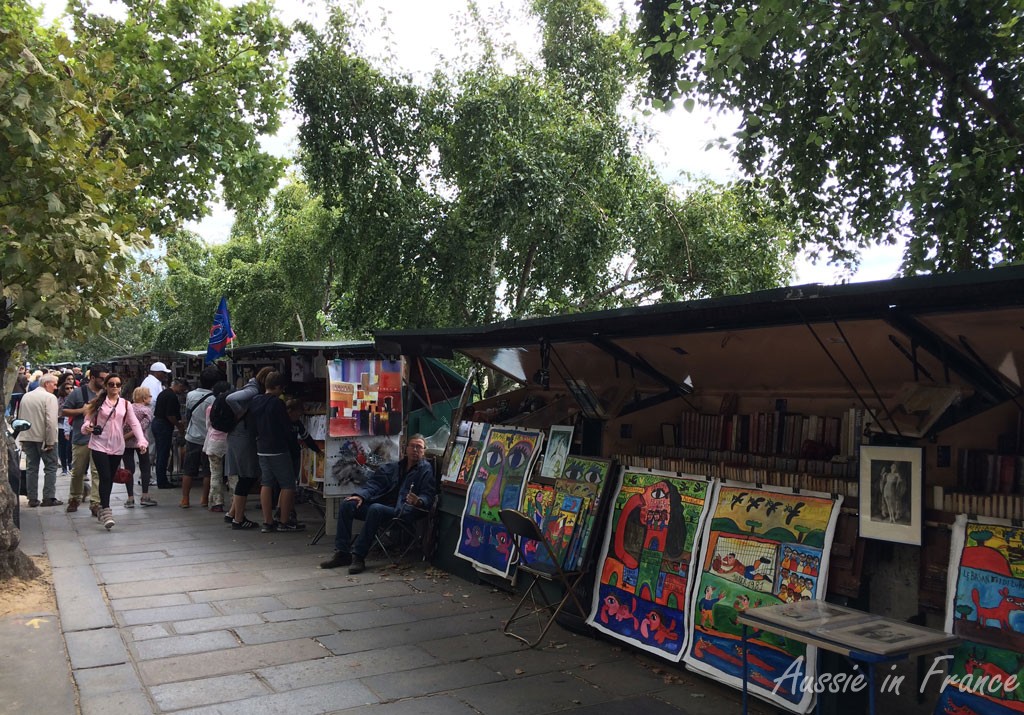 It’s easy to find the footbridge – just follow the crowd! The bridge, which used to be one of my favourite places in Paris, is looking sad and ugly, with graffiti-covered panels to replace the sections that have broken off completely and other sections which are moving in that direction. 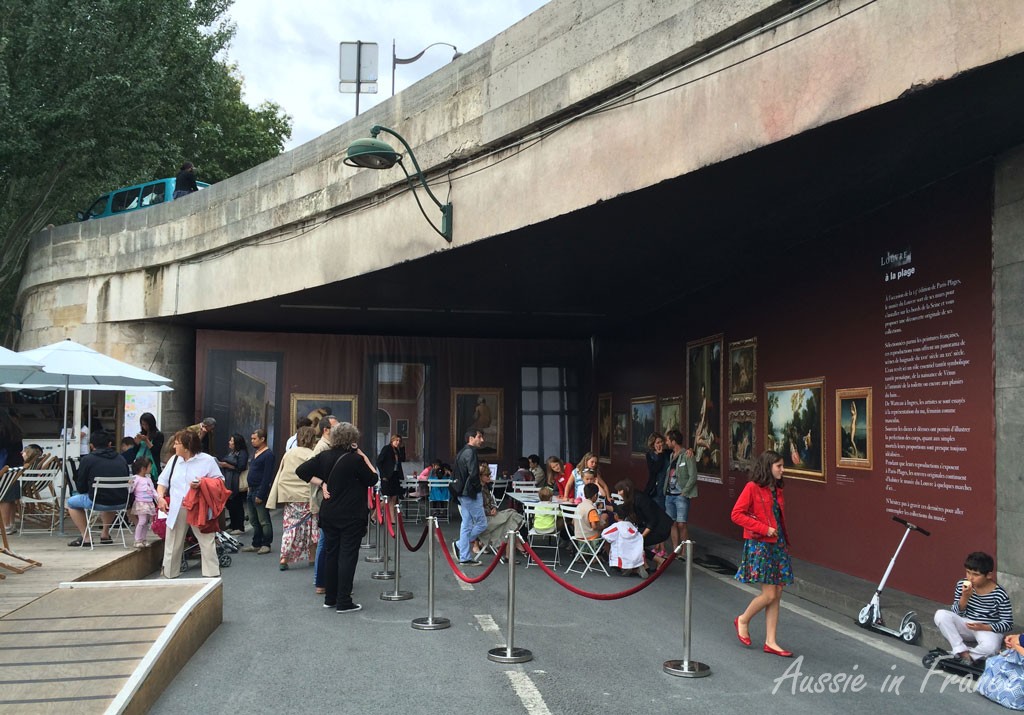 The Louvre at the Beach

We go down onto the Voies sur Berge below and see a new initiative – the Louvre at the Beach with reproductions of paintings in the Louvre relating to bathing. 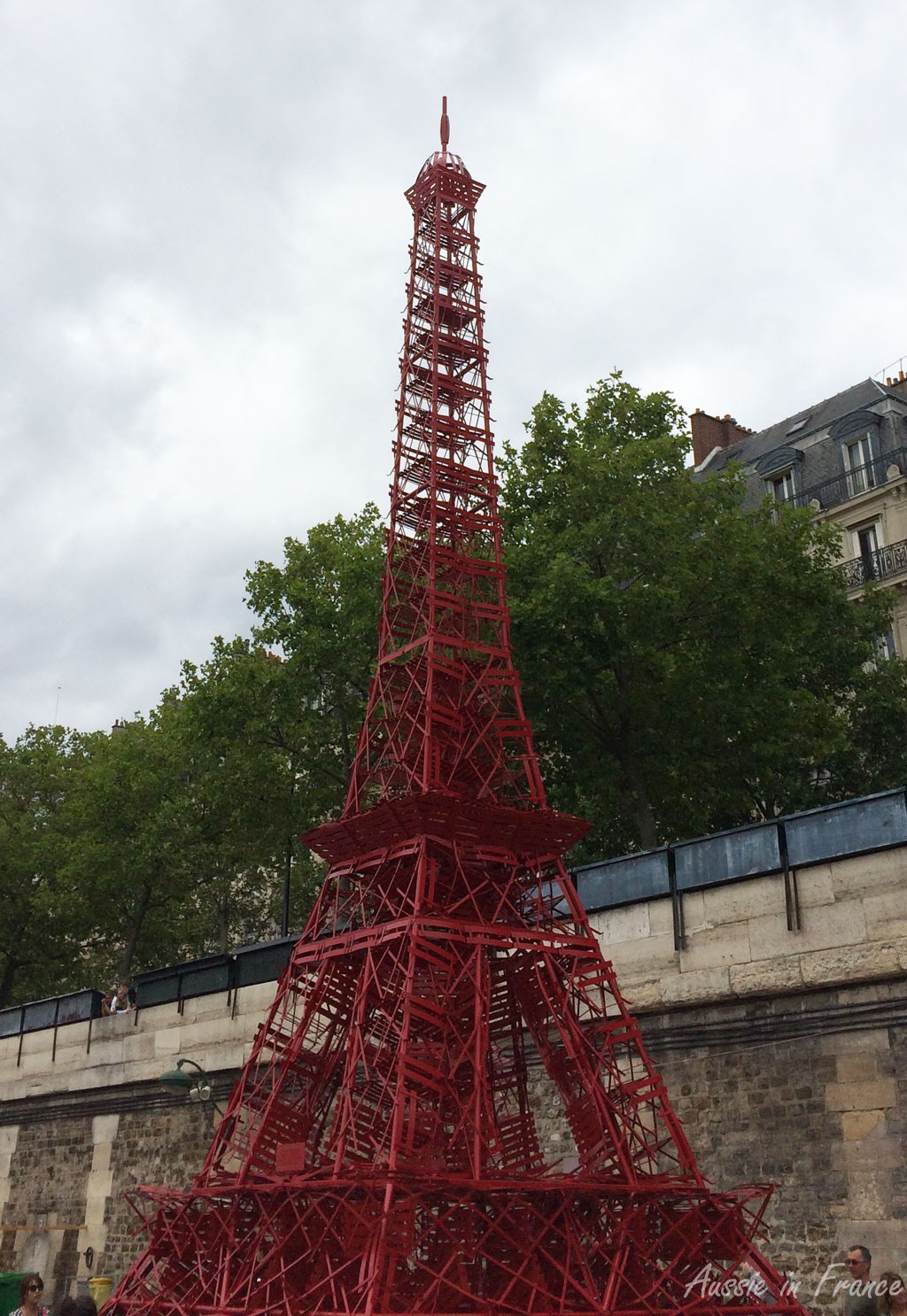 Further along we come to a red Eiffel Tower. When we get up closer, we see that it is made of bistro chairs! The tower, created by Fermob, which has been making chairs since the end of the 19th century, celebrates the Dame de Fer’s 125th anniversary. The 324 folding chairs symbolise the Eiffel Tower’s 324 metres erected for the Universal Exhibition of 1889. It’s a wonder there are no love locks on it yet … 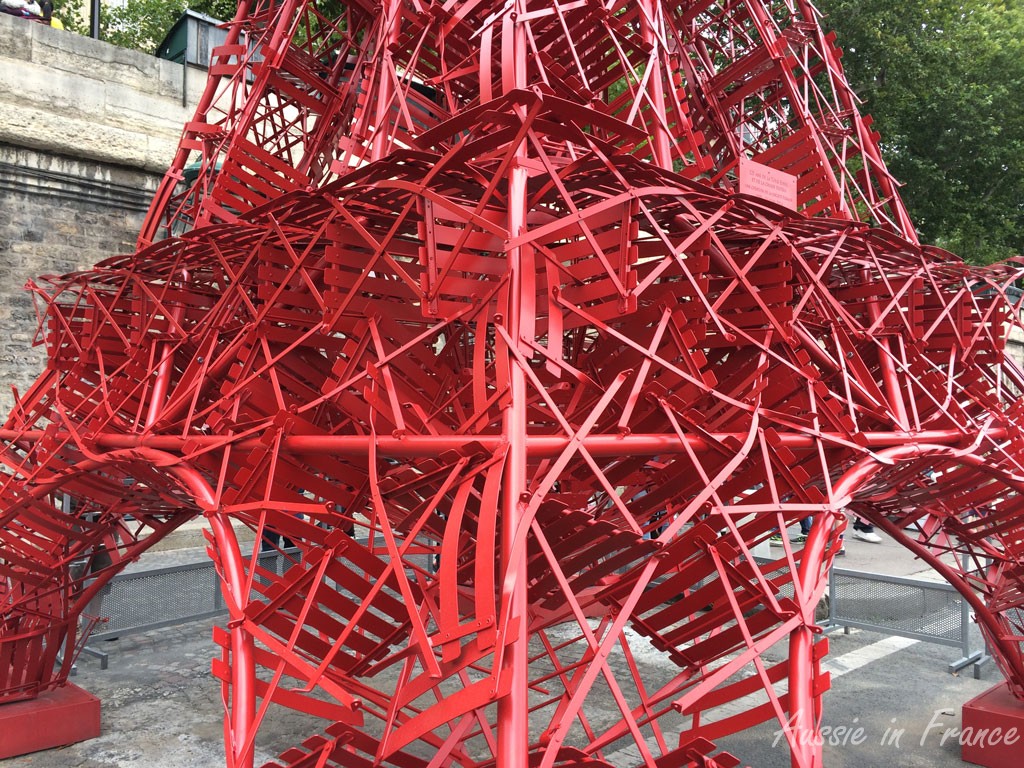 Up close, you can see some of the 324 bistro chairs!

On the whole, there is not much action, but more sand than in previous years. We only see one sculpture. 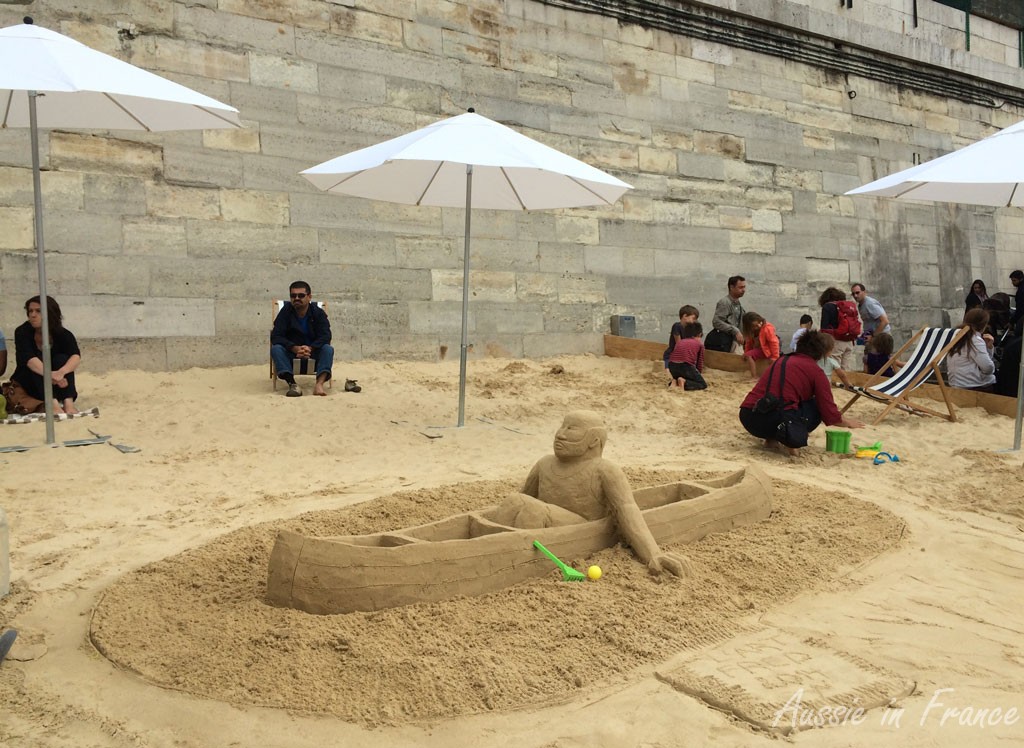 Right down the end, where there is no more sand, we find a couple of vacant deck chairs so take a selfie before going home via Notre Dame on the other side of the Seine. 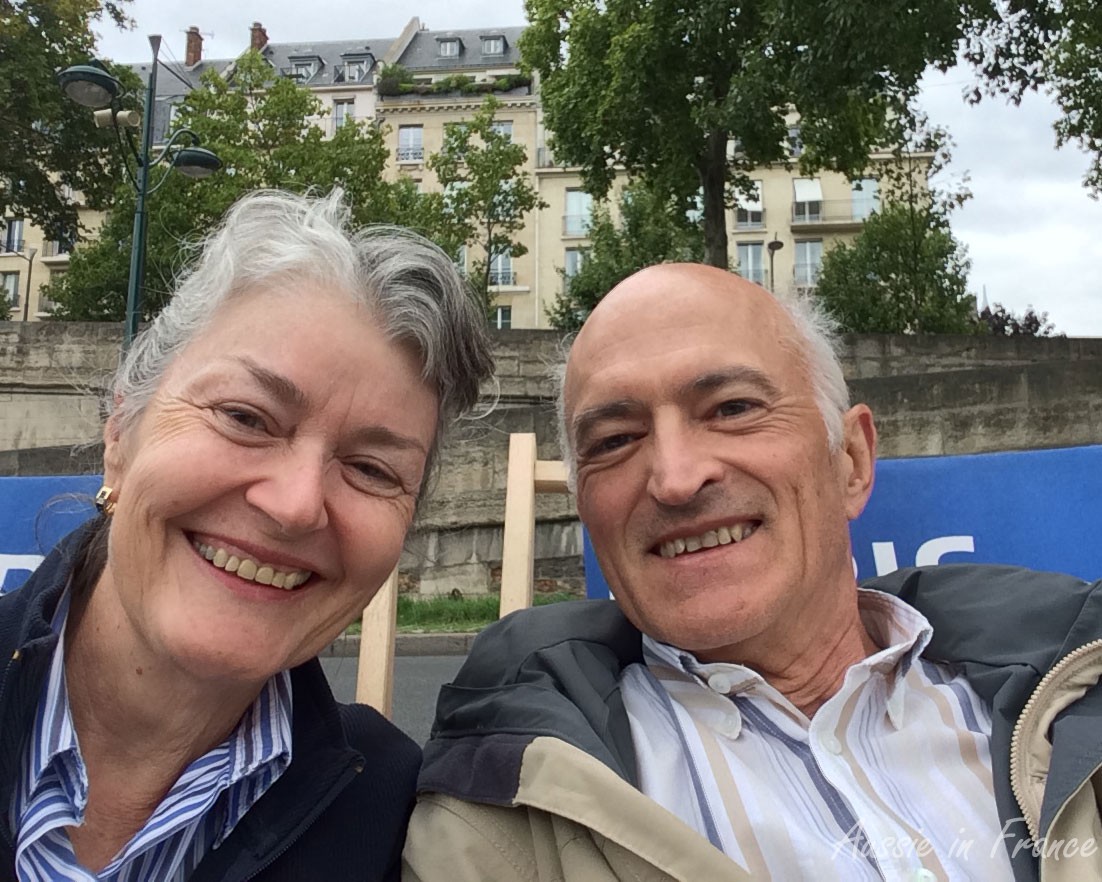 Maybe next Sunday we’ll visit the other Paris Plage venue near La Villette. We overheard someone saying it was much livelier – though that wouldn’t be hard!

16 Responses to The August Exodus