Where to go in Tuscany 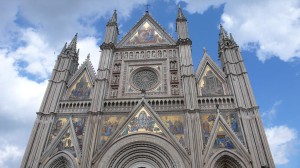 If I didn’t live in France, I’d live in Italy and, more especially, Tuscany. Umbria, just next door, isn’t bad either and contains my favourite cathedral – Orvieto. The first time I went to Tuscany was about twenty years ago with two young children in tow and I’ll never forget the magic of Florence. I can still see Leonardo marvelling at Michelangelo’s David. I didn’t go back until 2003, but have returned several times since gradually discovering the entire region. 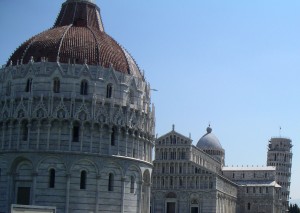 Apart from just soaking up the wonderful countryside, with its undulating hills and picturesque cyprus trees, at its best in June before harvest time, you can choose from so many wonderful places to visit. Start with Pisa which despite the hordes of tourists, leaves a powerful impression on the visitor. There isn’t just the leaning tower, but also a cathedral and a baptistry. Head north to Lucca, where we spent a memorable night in the Hotel Romantica just outside the city walls and had our first taste of an Italian aperitivo on Place Frediano. 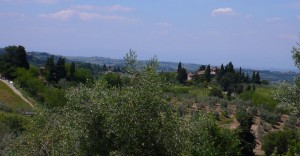 Another time, we rented a little house up on a hill not far from Castiglioni Fiorentino where we ate a memorable tagliata, which I’ve decribed in another post. The town itself has a breathtaking view, particularly in the late afternoon. Further on is Arezzo, where Life is Beautiful was shot in 1997 on Grande Piazza. It is also home to the wonderful Piero della Francesca frescoes. Cortona, so beautifully described by Frances Mayes in Under the Tuscan Sun, remains one of my favourites, with its relaxed atmosphere and lovely kitchenware and home decoration shops. Definitely best in the morning before the tourists arrive. 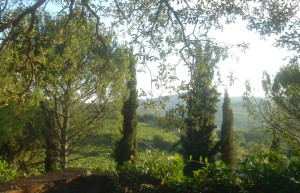 When we visited Florence we found that staying in an agriturismo (B&B is the countryside) halfway between Florence and Siena was the perfect solution. The views along the way are quite stunning and it means you can avoid the noise and expense of a hotel in Florence. There are parking lots on the outskirts where you can leave your car and walk into the city. Our favourite is Casa Nova near Greve in Chianti, worth a visit in itself, particularly the Antica Macelleria Falorni delicatessan on the main square. Ask for a room with a terrace and enjoy a glass of Poggio ai Mori chianti as the sun sets over the Tuscan landscape. 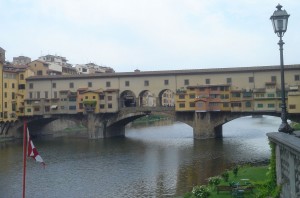 In Florence, we had a surprisingly good (and reasonably priced) lunch at La Galleria on via Guicciardini, away from the crowds and dinner at Il Cantone di Guelfo where the staff was friendly and we ate an excellent bistecca alla fiorentina.  Another time, we ate at Enoteca San Augustino, now called Enoteca Mondovino, on the other side of the Arno, where I ate a porcini mushroom the size of a plate! I’ve been trying to repeat the experience ever since but to no avail. 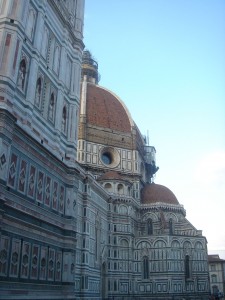 The Duomo, which is stunningly beautiful, is worth visiting at different times during the day to capture the changing light.  Remember to reserve your tickets to the Uffizi museum on-line if you want to save your feet for Botticelli and Fra Lippo Lippi. There are many commercial sites which are considerably more expensive so make sure you use the official site. Michelangelo’s David is in a separate building, the Galleria dell’Accademia. And make sure you go up to Fiesole to get a magnificent view of the city. 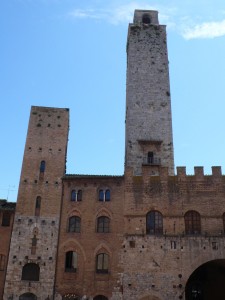 The first time we went to San Gimignano in the hills around Florence, it was late afternoon, about an hour before the shops closed. Most of the tourists had gone and we had dinner in a restaurant with a spectacular view. We made the mistake of going back again late morning when the tourist trade was at its zenith.. It took us ages to park and the throngs detracted from the charm but we still loved the wonderful ceramic fountains and garden furniture and intend to go back one some day to buy a table and chairs.

Quite by accident, we stayed in Siena the first time during the extremely popular Palio horse races but the Piazza del Campo was completely black with people and, as foreigners, it was difficult to be really part of the atmosphere, with each of the city’s contrade or neighbourhoods parading their colours. We returned at a quieter time and were able to appreciate the city much more, particularly its stunning cathedral.

Other places that are worth a detour, to quote the Michelin guide, are Pienza, with its beautiful duomo and palazzo, Montepulciano, famous for its vino nobile, has many lovely Renaissance buildings, and Montalcino, a charming little town on top of a hill where you can eat outdoors halfway up the slope and taste its famous brunello di Montalcino wine.

Next time I’ll take you to Umbria!

This entry was posted in Italy, Restaurants, Sightseeing, Travelling, Wine. Bookmark the permalink.

6 Responses to Where to go in Tuscany