Posted on December 3, 2012 by Rosemary Kneipp

Part 1 of the story of how I closed Leonardo’s one-man company ended with the drab tax office in Saint Maur so that leaves only two more places to go. First, the legal publications office, back in Paris, then the commercial court in Créteil, also in the eastern suburbs. It would have been more logical to start with the LPO, but I didn’t know that when I began. Of course. 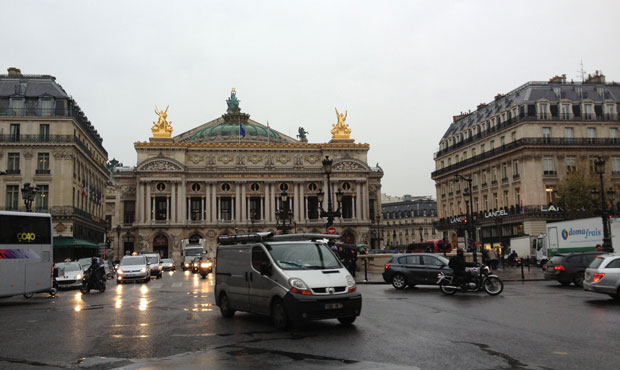 I drive to the LPO, but it’s just near the Paris Opera and there is absolutely no chance of parking. I can’t even find the street, let alone park. I take the car back to our garage and decide I’ll leave the LPO until tomorrow . When I get up to the 3rd floor and open the door, I can already hear the workers chiselling and talking loudly. 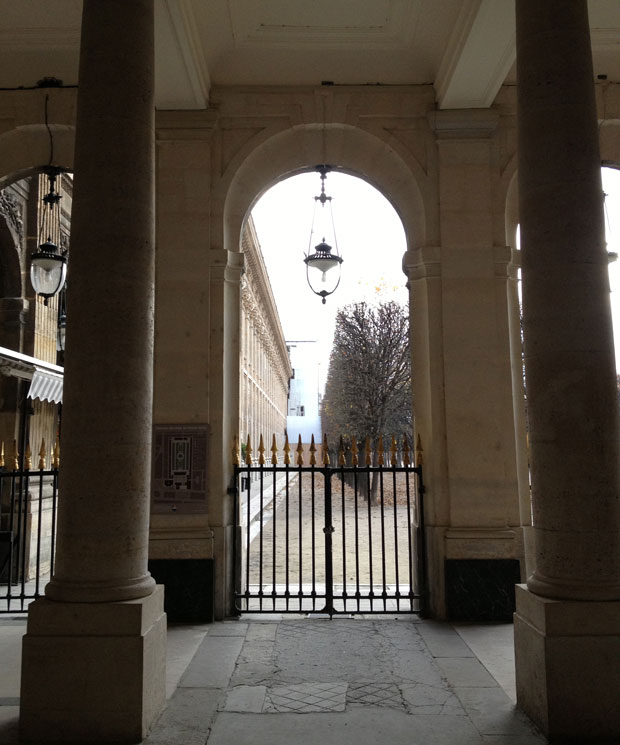 Scaffolding on my balcony in the Palais Royal

I change my mind about the LPO. Halfway there, on foot this time, I realise that I don’t have the right papers. I’m fading fast. I go back home but I don’t have the keys and can’t remember the downstairs door code . I try Relationnel but he’s not answering. I phone Black Cat who comes to my rescue. I have the code to the home exchange key box upstairs, so that’s fine. I can get in. And stay in.

The workers have not stopped. I dissolve into tears of frustration. I unplug my laptop from the large screen, keyboard, mouse and internet and go into the kitchen to try and get some work done. There is no internet connection. I eventually return to my office and plug everything in again. Nothing happens. The laptop won’t recognise the screen. I jab the plug in and out and it finally works. But the keyboard and mouse aren’t functioning. 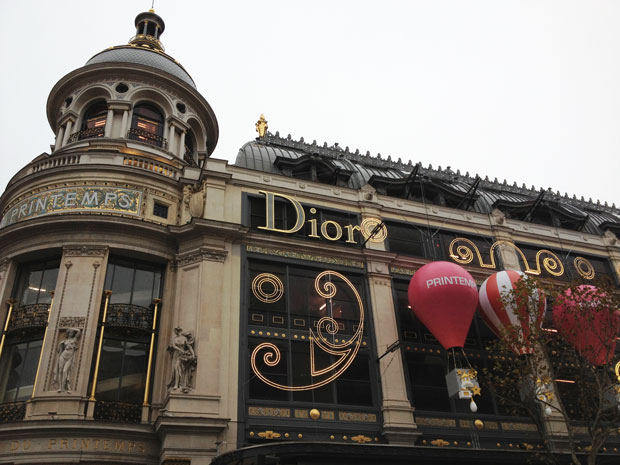 Decorations on Printemps in anticipation of the next paragraph

I try all sorts of methods, to no avail. I can’t even turn the laptop off. I google solutions on my iPhone and finally manage to turn it off. I go and have a shower. When I get back, I turn the laptop on and everything works but by then it’s 6.30 pm and I’ve wasted most of the afternoon. The workers have gone home. 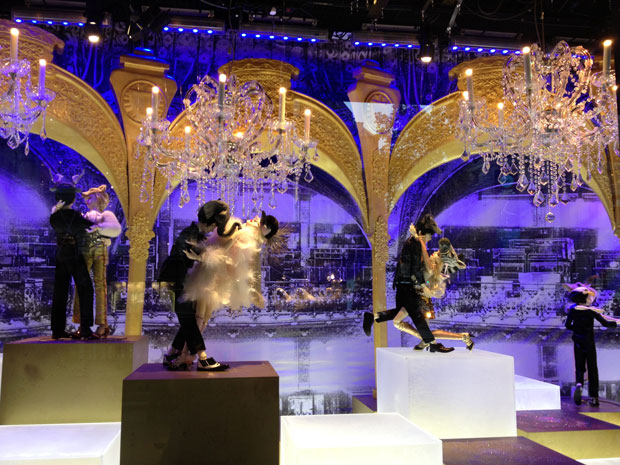 Decorations in the window of Galéries Lafayette

It’s next morning so after waking up to the drilling and chiselling, I set out for the LPO. I have to go the long way because they’re making another film in the Palais Royal. Now I’m having problems finding the street again, this time with my iPhone. I ask a lady in a pharmacy who tells me it’s behind Galeries Lafayette. Well, she’s wrong, but at least I get to see the Christmas decorations at Printemps (not bad) and GL (not much better than last year). I go past a tearoom called Pouchkine that looks interesting and make a mental note to go there sometime. 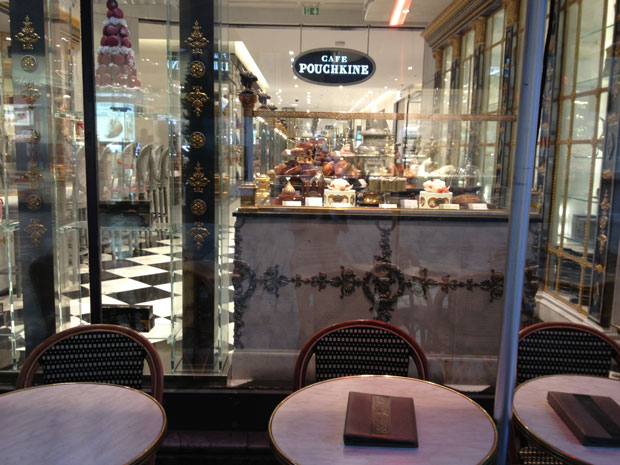 I finally find the street, around the corner from the Apple Store. Now why didn’t anyone tell me it was there? I hand over the announcement with Leonardo’s power of attorney printed out and signed by me. They don’t even ask for his identity card. I find that shocking. That means that anyone can make a legal announcement! I am asked for an advance payment of 250 euro. Why advance ? “Because it could be a little more or a little less”. What is this? Surely they can work out exactly how much it’s going to cost! 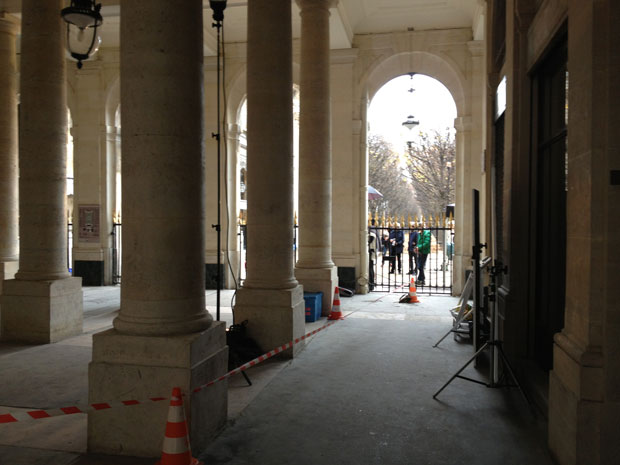 Filming in the Palais Royal

One step left: the commercial court in Créteil but we’re going to the wine fair during Relationnel’s lunch break and he’s already late. The court will be closed by the time I get there. Also I won’t feel like it after all that wine tasting! Right then, first thing Monday morning. Next and last episode coming soon.