When the special stainless steel milk foaming jug arrived by mail, my heart sank. It looked much smaller than any of the ones in the videos. But in the meantime, I’d watched a few more and one by The Caffee Society seemed to hold the key. He didn’t mention a particular sort of milk or anything like that but explained what was actually going on.

How to froth milk with a steam wand – Barista Tips with Paul Meilke Janney from the Caffé Society.

He said that there are two steps to foaming. First, you have to put air into the milk by putting the wand just under the surface, slowing lowering as the foam increases. It makes a characteristic “tst, tst, tst”. Then at about 40°C, when it starts getting warm, you go an inch deeper for texturing, which is the second step. It means getting the milk going in a sort of whirlwind. When that’s happening, it will go all quiet and will look shiny. When it starts getting hot (about 65°C), you remove it. 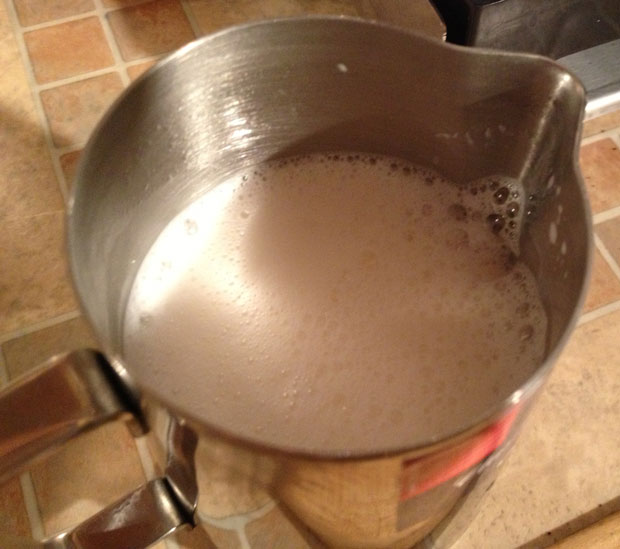 Another video had suggested using a large jug and quite a lot of milk so that a learner would have the time to get it all going. The jug and milk have to be very cold.That seemed sensible so I used a litre jug from Ikea that was the wrong shape (wider at the top) but that turned out to work really well. I also found a couple of bottles of UHT milk whose use-by date was July so I didn’t feel so bad about wasting all that milk. 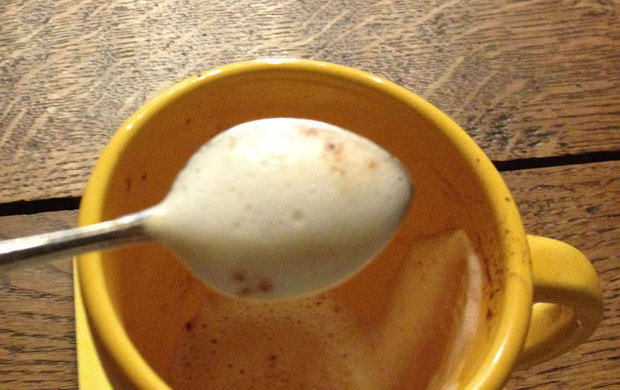 Would you believe that I started to get it right the very first time. Since the jug was deep, it didn’t matter if milk spurted all over the place. So I tried different wand heights until I could feel the wand was in the right place. The idea is to hold the wand away from the side a little bit. The Caffee Society says it has to be at 45° but my wand is straight and tipping the jug doesn’t change the slope of the wand (although I thought it would until Relationnel told me otherwise!). 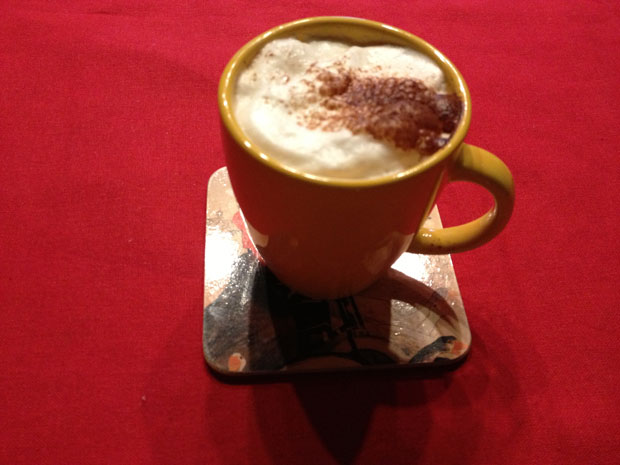 Then when the milk gets a bit frothy, you have to make sure the wand creates a sort of sucking effect and you can see the milk swirling around and the wand looks as though it’s sucking in milk. Maybe that’s what my brother meant when he said the secret was to “do the kiss”. 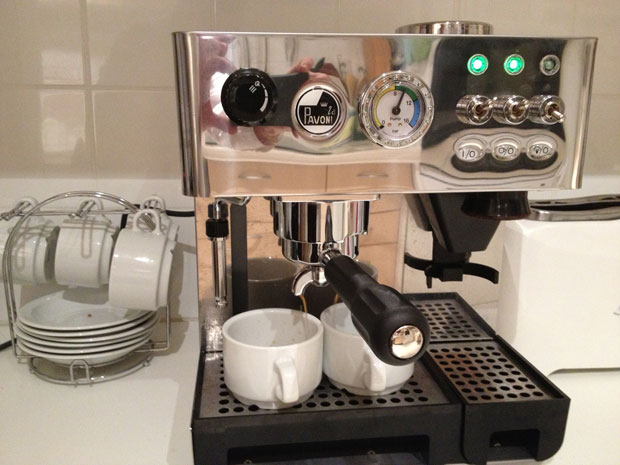 Our espresso machine all ready to go

You then have to make sure you don’t let it boil or there’ll be bubbles on top and not just creamy foam. The first part is very fast while the second part takes a bit longer. Once you’ve finished, you bang and swirl the jug a few times to get rid of the surface bubbles and mix the bottom milk into the fam. I haven’t discovered yet whether all the milk is supposed to go thick and creamy or just the top half. 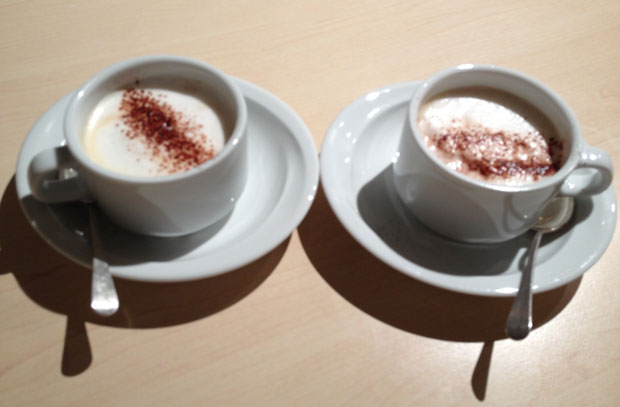 I can now achieve the same result using the little jug, though I still have some liquid milk at the bottom. But the consistency is right so I’m happy. I haven’t managed to make a butterfly, or even a little heart yet, but I will keep trying! By the way, I can foam the milk pretty well with the cheap-O espresso maker as well :).

I have not noticed any real difference betwwen using fresh or UHT milk, full fat or skim. I’m going to stick to demi-écremé UHT because it’s the easiest to buy and store. 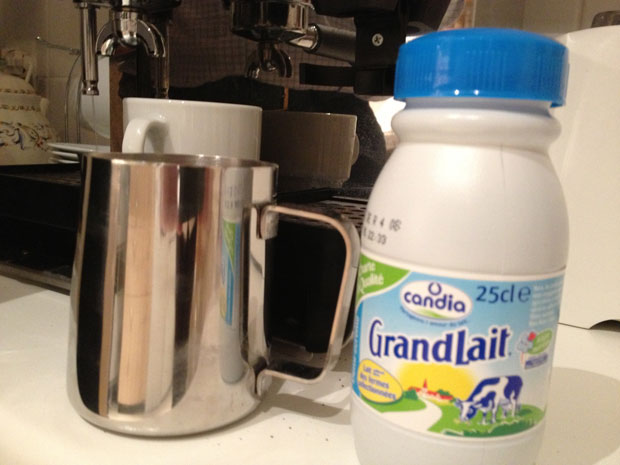 My small jug and “demi-écremé” milk

In the meantime, Relationnel has mastered the espresso making which is really just a question of the right amount of coffee. I used to just guess, but if I use the special coffee measuring spoon, it works perfectly. I don’t know why I didn’t think of it earlier! 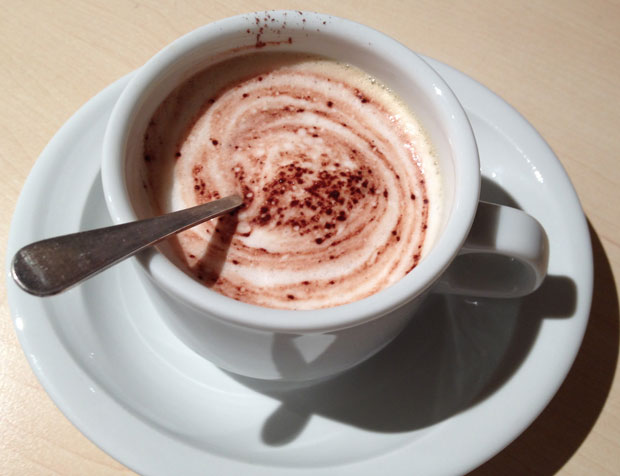 Thick foamy milk, just the way I like it

When I’ve got it perfect and can rival barista Dritan Alsela at the Bazzar Caffe in Dusseldorf, I’ll make the ultimate cappuccino video for dummies.

This entry was posted in Food, Italy and tagged cappuccino. Bookmark the permalink.