Posted on September 16, 2013 by Rosemary Kneipp

When we were first offered a home exchange in Bulgaria, we said, “Why not?” But as the time got closer and I had time to take a closer look at what was awaiting us, I began to have doubts particularly after visiting Slovakia and Hungary during the summer. My first impressions of Sofia confirmed my reticence. The poverty and standard of living are devastating.  The newly restored religious buildings seem to accentuate them even further. These photos were taken during our first walk around the neighbourhood where we are staying in a comfortable recently decorated flat. 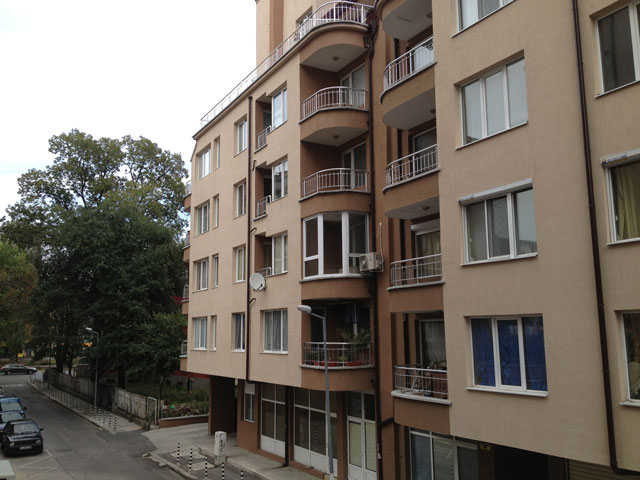 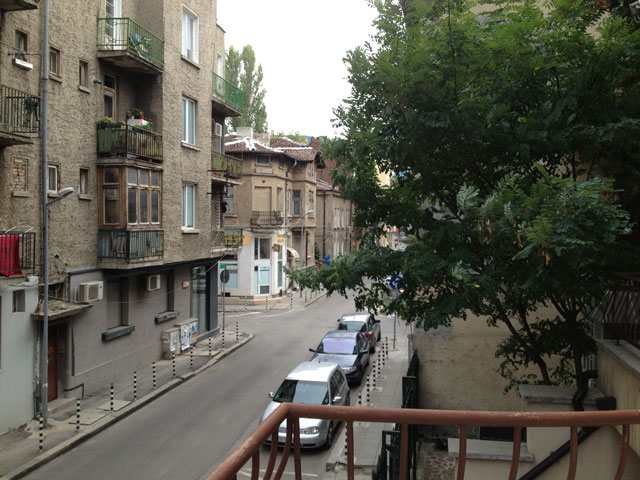 The view from our balcony when we look right 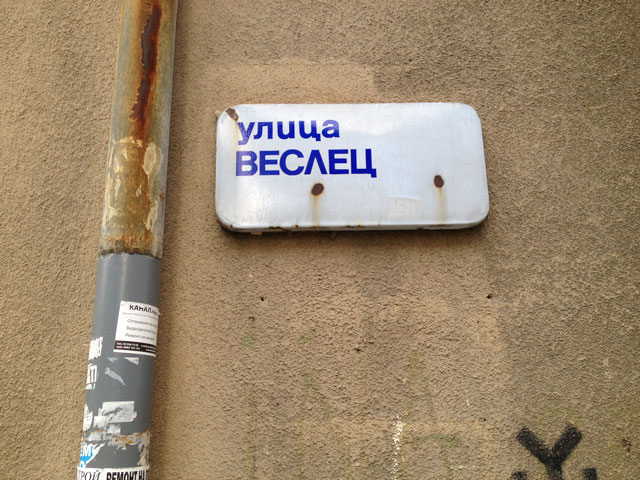 Our street name, Veslets, in cyrillic 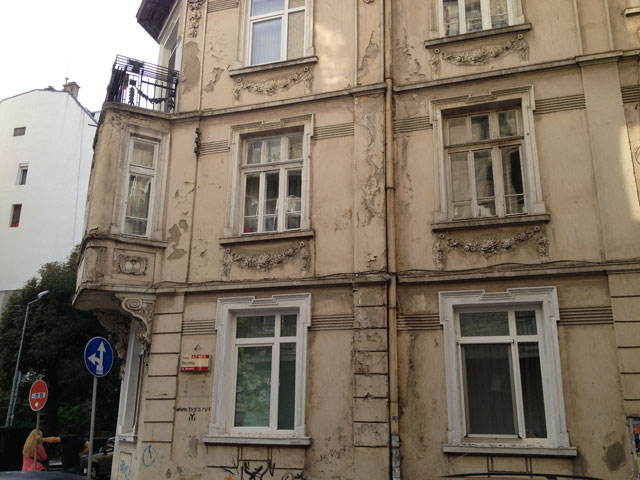 A building in our street, which shows how beautiful some of the apartment buildings must have been in the past 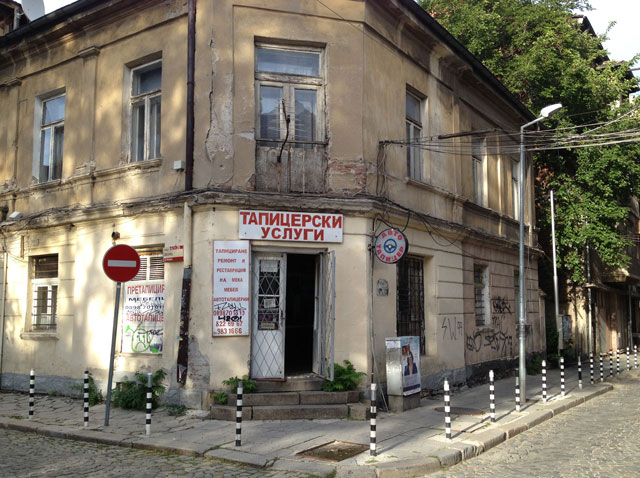 A corner shop in our street 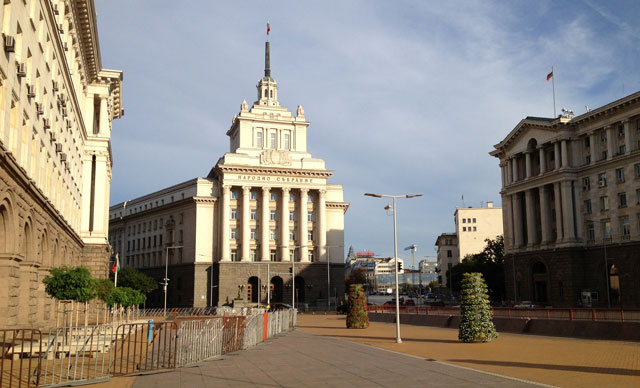 The first monument we saw, the former Party House 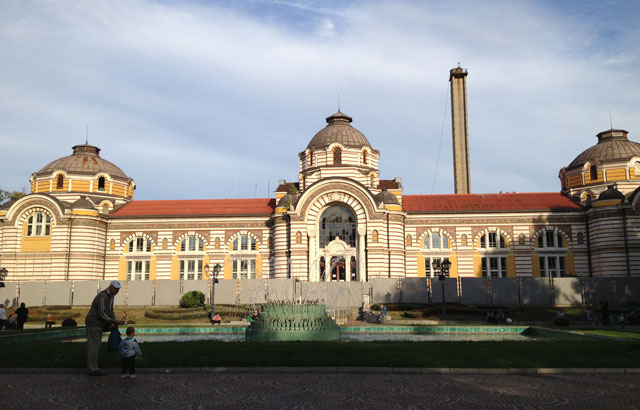 The formerly magnificent baths of Sofia whose restoration has been dragging on for many years. They will eventually house a museum of the history of Sofia. On either side, families with bottles of beer and vodka, were having a before-dinner drink … 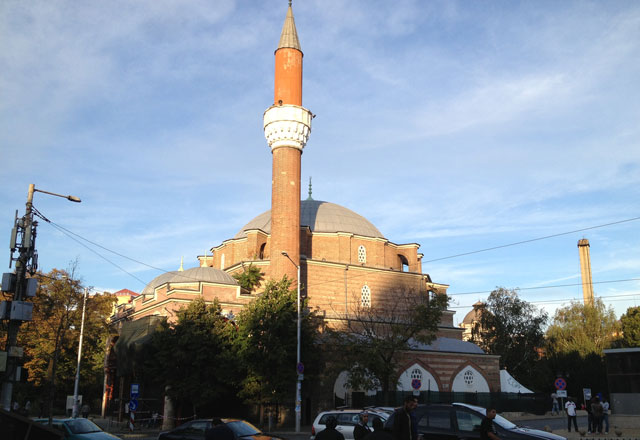 The Banya Bashi mosque built in 1576, next to the baths. Note the street light and electrical installations on the left 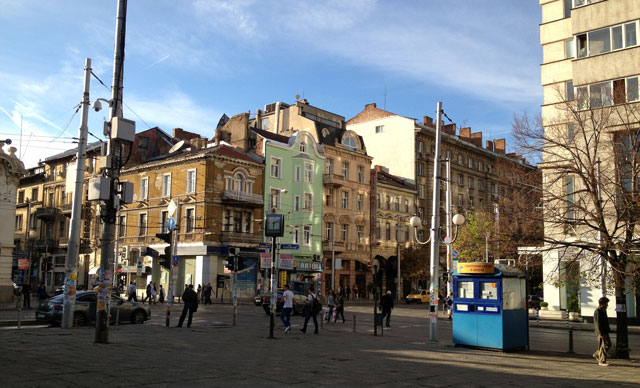 A typical street corner. The streets are not very busy and there are not many cars. 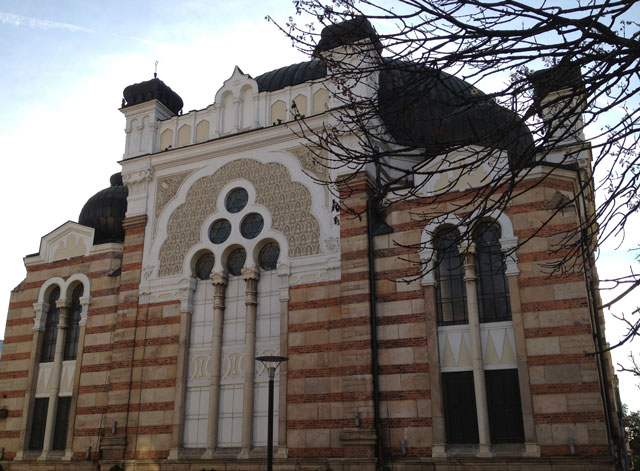 The Sofia Synagogue, built between 1905 and 1909 is a smaller replica of the Sephardic synagogue in Vienna destroyed during WWII and now the largest in Europe. 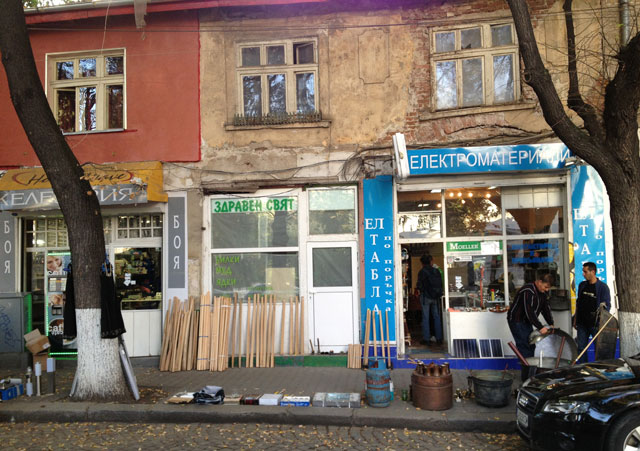 Typical local shops displaying their wares on the pavement

The Halite, or former food market,built in 1909 has been restored with a rather dismal attempt at creating a food court

This entry was posted in Sightseeing and tagged Bulgaria, Sofia. Bookmark the permalink.