Posted on January 7, 2014 by Rosemary Kneipp

For this week’s Blogger Round-Up and as a follow-up to my last Friday’s French post, I thought I’d find three different posts about the galette des rois or the French cake of kings, an increasingly popular tradition in France which starts on or about January 6th (feast of the Epiphany) and continues right up until the end of the month. Susan from Days on the Claise explains how to make your own galette, Mary Kay from Out and About in Paris reports on turning the tradition into a fund-raising initiative for maladies orphelines while Janine from The Good Life France gives us a very complete description of the galette and its various traditions. You might also like to read my own post on the subject written a couple of years ago. Enjoy! 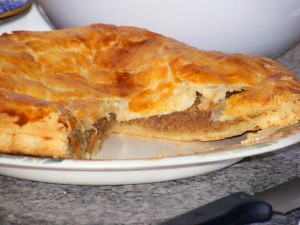 Now, I know that this is stepping dangerously into Walt’s territory, but since we are approaching Epiphany, I’m going to talk about making galette des rois.

Well, sort of. I’m going to tell you how to make a quick and easy version, that, although it won’t be in the same league as Walt’s and your local pâtissière’s, is still a very acceptable addition to the post-Christmas table — and the real thing is getting very expensive, so homemade is an economical option! Read more 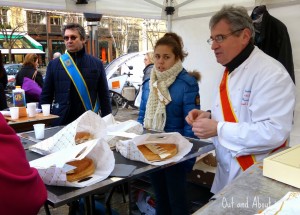 In spite of having been married to a native French speaker for many years, I’m not fluent in French. But since we raised our children in a bilingual home, my comprehension is usually fairly accurate. All of this is just a roundabout way of admitting that I felt really foolish after incorrectly translating maladie orpheline on Twitter. Here’s the tweet:

In a hurry to help spread the word about a fund-raising initiative by some of the top pastry chefs in Paris, I didn’t take the time to google maladie orpheline. Instead, I rapidly translated it as “childhood illnesses” and waited until my walking French dictionary returned home from work. “I’m confused about something.” Read more

By Janine Marsh from The Good Life France, an independent on-line magazine about France and all things French, covering all aspects of daily life including healthcare, finance, utilities, education, property and a whole lot more. 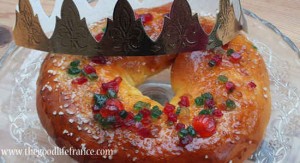 The 6th of January is a special day in France, it is the 12th day of Christmas, the date of the Epiphany and most importantly the day when all over France the cake known as galette des rois is traditionally served.

This flaky cake known as the King’s Tart is a piece of French gastronomic history which goes back several centuries.

The cake is made of a seriously buttery puff pastry, filled with almond paste, baked and often decorated beautifully with candied fruit. Patisseries and boulangeries compete to create the most magnificent of cakes and supermarket shelves will be heaving with boxed galette des Rois from the end of December. Read more