An Irish Band in the Loire 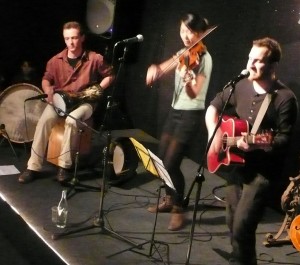 One of the things most people worry about when they retire to a new area is isolation. It can take years to get to know the locals. So we’re very fortunate in our choice of Blois because we already have a whole network of English and French speakers. Each time we come here, there is some kind of event on. Last time I told you about the monthly get-together on the first Friday of the month  at The Shaker in Amboise.

This time, we went to hear an Irish band called The Palers playing at a private home in the little village of Cangey about half an hour from Blois. There were nearly a hundred people there including kids of every age. I don’t know about the boys but the girls had a wonderful time dancing to the music in the big old barn behind the house. Relationnel  and I love Irish music and have quite a few CDs of the Dubliners (which my kids don’t like at all!) 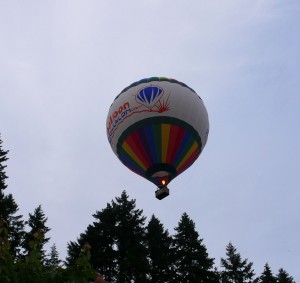 When we were in the garden having food and drinks before the performance, no fewer than four hot air balloons flew over. They looked so peaceful floating across the air, but I’m afraid with my fear of heights, I’m not tempted, even though I’m told that it’s not a problem when you don’t have your feet on the ground. Hot air balloon are called mongolfières in French after the two brothers who are said to have invented them in 1782, Joseph-Michel and Jacques-Etiennes Mongolfier. 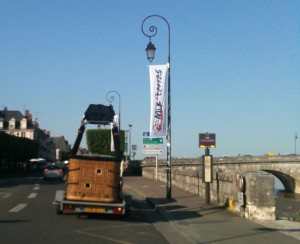 But it wasn’t until the 1950s with the invention of the nylon balloon and the use of propane as a fuel that they came into widespread use, first in the United States, then in France in 1972. They’re extremely popular in the Loire Valley because they give you a wonderful view of the many châteaux in the region. The balloon is suspended above a wicker basket that takes up to 10 or 12 people. And only in the Loire do you find yourself behind one on the road!

This entry was posted in France, Loire Valley and tagged hot air balloon Loire Valley, The Palers. Bookmark the permalink.

4 Responses to An Irish Band in the Loire