Red Tape in France – Part I

It’s been one of those days. You know, the sort where no matter what you do, there’s always a problem. 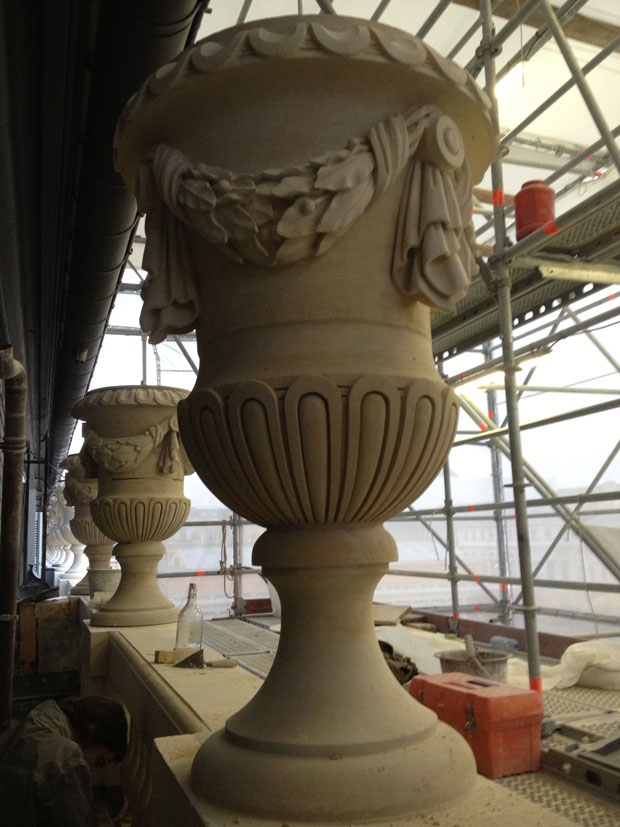 Renovated urns on my balcony in the Palais Royal

I wake up, not to the birds in Blois, but to hammering on the balcony in Paris. After breakfast, I go to see what progress has been made. « It’ll soon be finished”, says worker #1. “Wonderful!”, I reply, getting my hopes up. “When?” “4th December”. My heart leaps! “You mean, there’ll be no morescaffolding then?” “No”, replies worker #2, dashing my hopes. “He just means the chiselling. The scaffolding won’t go until after Christmas.” Sigh.

Today’s the big day that I’m closing Leonardo’s company for him because he’s still in Australia. I start with the accountant, JJ, who’s in Vincennes in the eastern suburbs, about a half an hour away when the traffic’s good. I take a wrong turn at Bercy because I don’t understand what the Tom-Tom’s telling me what to do again. I eventually get there and have trouble parking. Of course. I finally find a spot with a parking meter. 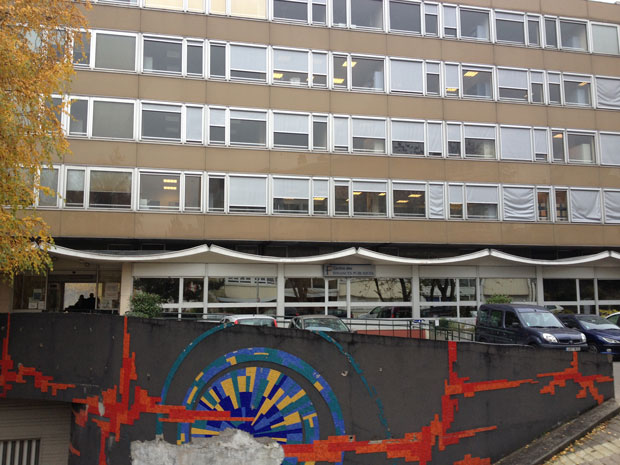 Tax office in Nogent trying to brighten the taxpayers’ day

An hour later, I leave JJ’s for the tax office in Nogent, another 20 to 25 minutes away. I used to live around there but don’t recognise half the places in between so lose my way a bit. I’m driving the Volvo station wagon and it’s very unwieldly. In Nogent, I can’t park either. I have to go to an underground car park 20 minutes walk away. At least I’m getting some exercise.

At the tax office, I breeze upstairs to the “corporate” section, past the large queues in the personal income tax section. I hand over file n° 1 and am told there is something missing. I ring JJ who is very surprised but tells me to come back with all the documents including the archives. I manage to convince the man in the corporate section to take Leonardo’s personal declaration to avoid the daunting queue downstairs. 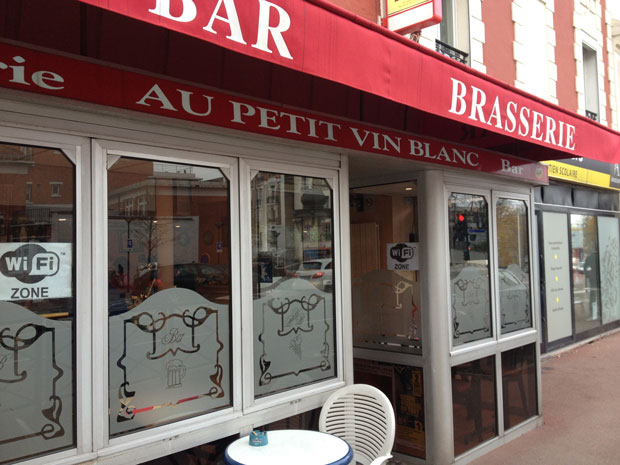 When I get outside, I phone JJ back and talk to one of his employees. She says that she personally looked after file n° 1 and she knows I have the missing paper somewhere. I sit down on a bench and go through the entire file, calmly and collectedly this time, and find the paper. I go back upstairs and hand it over. It seems Leonardo will be getting some VAT back so I give them my bank details and hand over Leonardo’s scanned handwritten proxy. They don’t realise it’s a scan and not an original and make a photocopy. Relief. 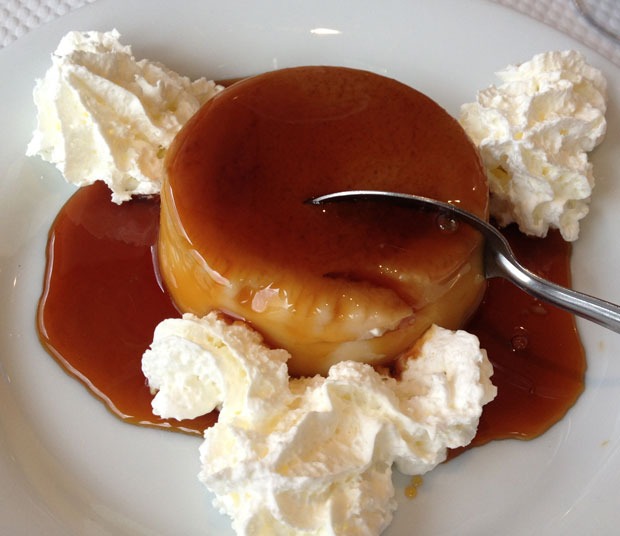 Cream caramel with unnecessary chantilly cream – but I ate it anyway.

Now that I don’t have to go back to see JJ, I decide to talk to someone about Leonardo’s personal declaration, which is a few months late because he couldn’t contact them from Australia, but it’s ten to twelve and they’re closing for lunch. I try insisting but it doesn’t work. I find myself a little bistro with WIFI and have a blanquette de veau, a crème caramel, a glass of bordeaux (I can tell you, I need it!) and a coffee. All for 19 euros.

I arrive at the tax office 10 minutes early and there are already three other people waiting. Fortunately, I get to see someone straight away. The woman is very understanding and we get it all sorted out. Leonardo won’t even have to pay a late fine. Relief again. 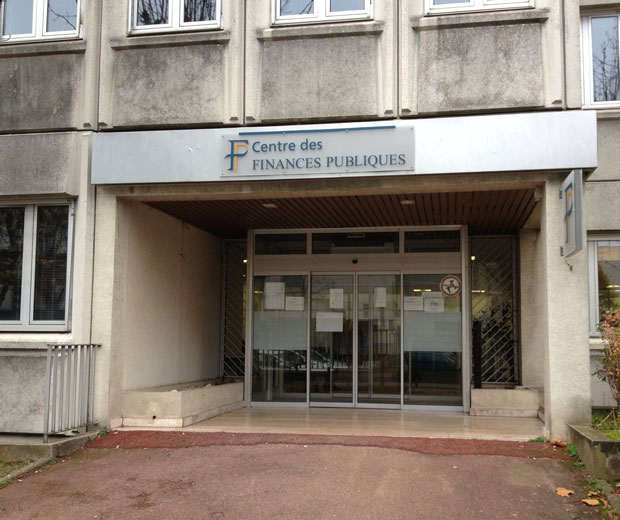 Next stop is the tax office at Saint Maur, another 20 minutes by car, where I have to register the minutes of the annual general meeting during which it was decided to close his one-man company. A fictive AGM as you can imagine. It’s a drab building in a pretty leafy suburb with no parking. Of course. I finally find a spot miles away and, once again, when I arrive at the tax office, I breeze up to the third floor. There’s no one there but after a while, an employee appears and I’m able to see the appropriate person and hand over file n° 2 (plus 413 euros). 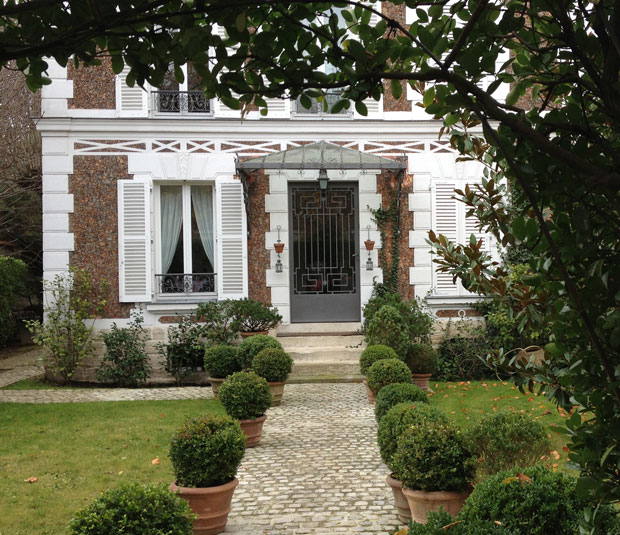 Typical house in Saint Maur near the drab tax office

Now back to Paris for the next step. But I’m sure you’re as exhausted and as bored as me, so I’ll write the next episode on Tuesday!

This entry was posted in France, French customs and tagged companies in France, tax in France. Bookmark the permalink.

10 Responses to Red Tape in France – Part I