When I first started writing this blog in October 2011, I was worried about my university students and possibly my translation clients being able to track down my private life so I came up with the pseudonym of Fraussie. When I created the Facebook fan page for Aussie in France, I discovered that I needed a “real” person behind it. What I didn’t understand was that fan pages and Facebook accounts are kept separate anyway and that someone who joined the fan page did not see the person who was behind it. 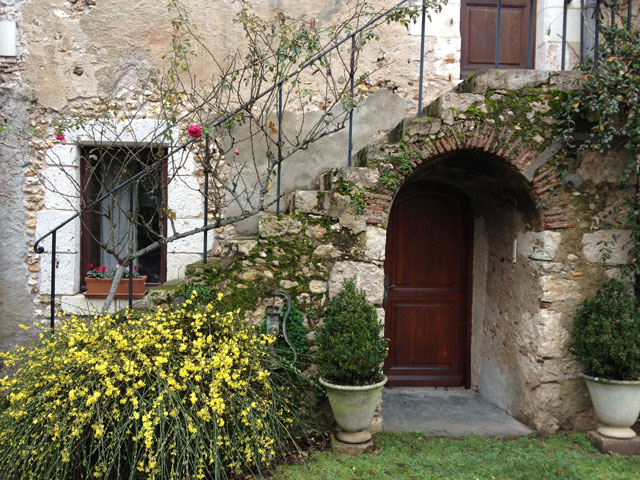 Anyway, when I set up the account, Fraussie was not enough. I needed a family name as well. We’d just found Closerie Falaiseau which is in the Grouet neighbourhood of Blois, whence the name. It was not until later that we learnt the name of the house or I would have called myself Fraussie Falaiseau and not Fraussie Grouet.

But I have been having more and more trouble keeping my own Facebook account, Rosemary Kneipp, separate from Fraussie Grouet’s. I never remember who I am and I need to keep logging out of one and into the other. It’s good practice for warding off incipient Alzheimer’s of course, but not always convincing. The fan page problem was really quite simple to solve as it turned out: I just had to change administrators!

I’m now no longer teaching at uni and my clients only care about whether my translation is any good or not so I’ve decided to get rid of Fraussie Grouet although I must confess I’ve become somewhat attached to her. Relationnel has also decided he’d like to come out. He’ll now appear as Jean Michel. Without a hyphen.

I’ve often been asked where the name Relationnel comes from. When we first met and I introduced him to my children, then 12 and 15, Leonardo, the oldest (he wanted to be a genius when he grew up and used to read a French comic book series called Léonard hence the pseudonym) was impressed by Jean Michel’s ability to always say the right thing to people, so he started calling him Relationnel  and it stuck.

My daughter, Black Cat (explained in another post), would like to keep her pseudonym. It’s bad enough having a mother that writes a blog without it spilling over into your private life as well! I haven’t asked Leonardo because he’s asleep in Sydney at the moment, but I think he rather likes being considered a genius. My kids have a different family name altogether, I might add, which keeps them safe.

Having said all this, I should point out that Kneipp is my father’s name. My married name is Avril, but in France, you always officially keep your maiden name. Using your husband’s name is only a convention, though few people know this. I use Avril when people only know me as Jean Michel’s wife (the concierge, for example) or for friends we meet together. Sometimes Jean Michel gets called Kneipp as well, which further confuses matters.

When asked for your name here, you write KNEIPP Rosemary épouse (spouse of) AVRIL. Family names are always capitalised in this country and in formal circumstances you give them first. My French students would always say DUPONT Marie, for example, whereas the Anglosaxons would say Mary Brown. It can get a bit confusing, but the capitals help if you are not familiar with the person’s given name.

Notice I’m using “family name” and “given name” here as opposed to first name (or Christian name) and surname, since they are no longer politically correct and, above all, can lead to confusion. The terms in French are nom de famille (family name), prénom (given name, which literally means pre-name, which is a bit contradictory considering what I’ve just said) and nom de jeune fille (maiden name).

But, revenons à nos moutons, as my father used to say in his schoolboy French. I shall henceforth be known as Rosemary. However, do keep using your own pseudonyms, such as Maple Leaf, Kiwi, Jane’s cousin and Jane’s cousin’s friend, if you’re happy to keep them!

This entry was posted in France, French customs, French language. Bookmark the permalink.