The most original Valentine’s Day chocolate in Paris! – Getting a French Driver’s License – Part 1 – European Capital of Culture 2013

A break from Barcelona for this week’s bloggers’ round-up, starting with Mary Kay from Out and About in Paris, who ferreted out the most original Valentine’s Day chocolate in Paris.  Abby from Paris Weekender tells us how to go about getting a driver’s licence in France. Don’t forget to read Part 2 as well!  Andrea from Rearview Mirror takes us to Marseilles, one of the European capitals of culture for 2013. Enjoy!

The most original Valentine’s Day chocolate in Paris! 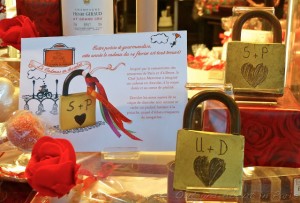 For the past couple of weeks, I’ve been pounding the pavement and scouring the city for the most original Valentine’s Day chocolate. Peering through store window after store window, all the while trying to keep my cravings at bay, I’ve seen chocolate hearts, shoes, dresses, cigars, wafers with “I Love You” written in multiple languages, hearts appearing to be on fire, Eiffel Towers, birds with heart-shaped nests, and, did I mention, hearts?

Just when I was about to throw in the towel and give up on finding anything truly innovative, I paused in front of A la Mère de Famille on rue de la Pompe to look at what I thought would be more chocolate hearts. Studying the window, I noticed some chicken wire festooned with red roses, white hearts, and …. what’s that? Read more

Getting a French Driver’s License – Part 1

by Abby from Paris Weekender, an American living in New York and Paris who offers suggestions for Paris weekends, either staying put or getting out of town 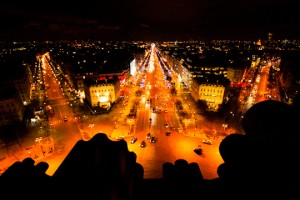 If you have been residing in France for more than 1 year, you are required to get a French driver’s license. There are two ways of doing this. The first and easiest option is to trade your current driver’s license in for a French one – but this route is only available for EU license-holders, license-holders of select other countries and holders of licenses from a handful of the 50 United States. (When I last checked, the list included: Arkansas, Colorado, Connecticut, Delaware, Florida, Illinois, Kansas, Kentucky, Michigan, New Hampshire, Ohio, Pennsylvania, South Carolina, Texas and Virginia.) The second way is to re-do driver’s ed. Read more

by Andrea from Rear View Mirror (formerly Destination Europe), a fellow Australian who, after 6 years of living in France, has given up herParis apartment to live a nomadic life slowing travelling around Europe, experiencing each destination like a local. 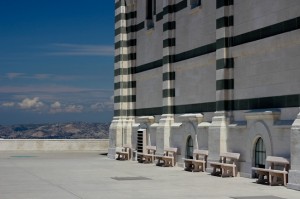 It used to be that there was one European Capital of Culture per year until 2000 when they went a little crazy and made 9 different cities the ‘capital’. In recent years there have been two or three per year and last year was the first time I got to visit one of the capitals when I went to Guimarães in northern Portugal. The title of European Capital of Culture 2013 is held by both Marseille, France and Kosice, Slovakia.

It’s not just the city of Marseille which is the Capital of Culture but also the surrounding area including Aix-en-Provence, Arles, La Ciotat, Martigues and Aubagne. Read more

This entry was posted in France, French customs and tagged driving licence in France, European capital of culture, marseilles, out and about in Paris blog, Paris Weekender, rearview mirror, Valentine's Day. Bookmark the permalink.

2 Responses to The most original Valentine’s Day chocolate in Paris! – Getting a French Driver’s License – Part 1 – European Capital of Culture 2013