Cycling along the Danube – the Aussie Cyclists

Due to our change of plans because of bad weather near Linz a couple of weeks ago and our accommodation problems in Budapest, we have an extra two days after Wachau without any planned accommodation. The weather is looking much more promising and we’re planning to cycle around the S-bend or loop in the Danube between Passau and Linz. 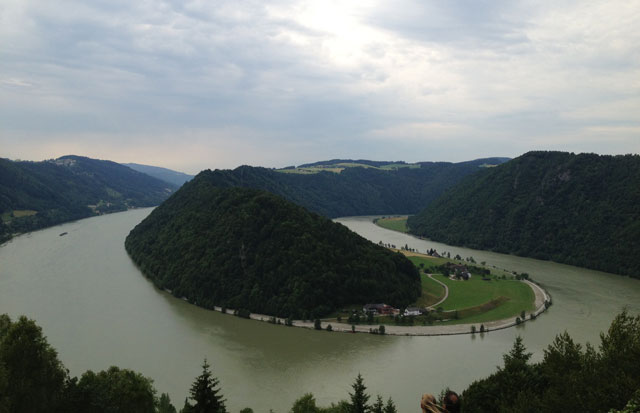 The S-bend from the Donaublick

We’ve narrowed down the possibilities to a couple of villages. I rule out the large hotel/camping complex in Schlogen and the first gasthaus in Wesenufer is closed no doubt as a result of the flooding. The next gasthof can only accommodate us for one night due to a seminar. So we cross the river to Niederranna where we come across Gasthof Dexler which advertises itself as a radler (cyclists) stop. 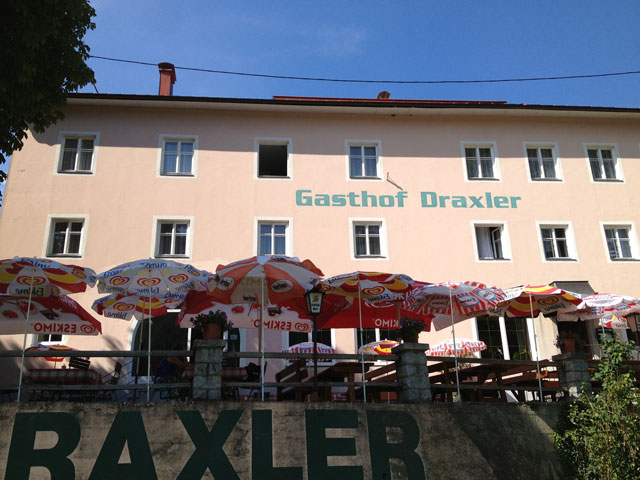 Gasthof Draxler from the Danube side

The young woman who seems to be looking after the restaurant as well says there’s a room vacant for 32 euro per person and I ask to see it. It’s spacious and has two armchairs and a low table.  We later discover it has a terrace. We take it and ask if we can have lunch. As it’s already 2.30 pm, she says there is a small menu only. That’s fine by us. 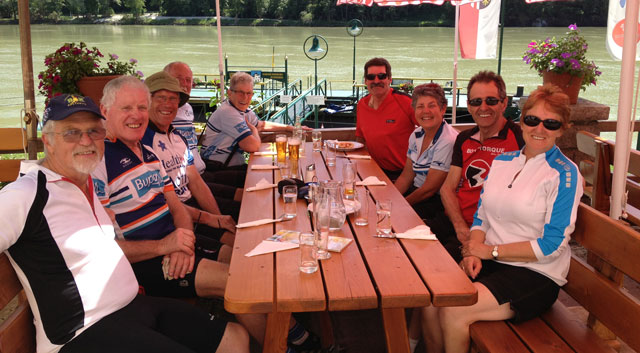 As we walk out onto the terrace along the Danube, a man with an Aussie accent who’s with a group of 8 other cyclists asks me if I speak English. I say that I do. He explains that he has won his bet as the others were remarking on the absence of English speakers in this neck of the woods. “Not only do I speak English, but I’m also an Aussie”, I reply which is greeted with a round of surprised laughter. 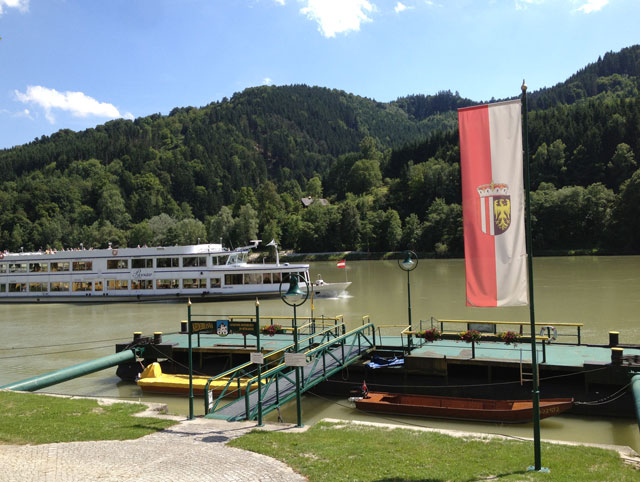 River traffic from the restaurant terrace at Gasthof Draxler

I explain that Jean Michel is French and that we live in Paris and that I have been living in France for 37 years. It turns out they all belong to a cycling club near Geelong and are either retired or semi-retired. They’ve just spent two weeks cycling in the Cotswolds in England and have started their Danube trip at Passau that morning. They’re going to Vienna. 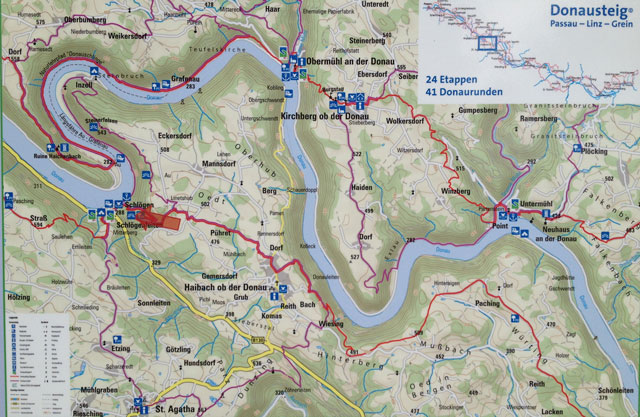 The S-bend is on the left of the map

They’ve organised their trip with an agency that does the hotel bookings, transports their luggage from one stop to the next and plans their route. After lunch, they’re off to visit the Donaublick (lookout over the Danube) which, unfortunately, they don’t find. 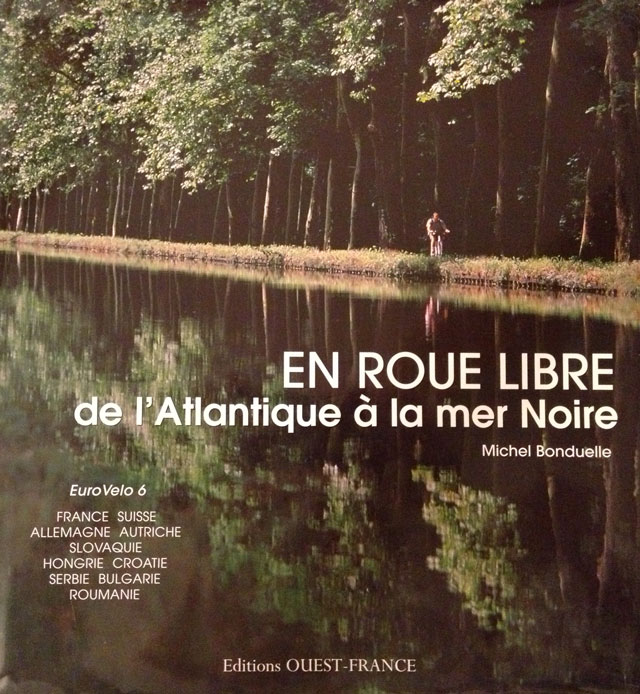 Freewheelling from the Atlantic to the Black Sea

Next day, we learn that though they are all Aussies, one comes from the Netherlands, another from Greece and another from the UK. Jean Michel shows them our Eurovelo 6 book so they can see where we’ve been and where we’re going. We highly recommended the Wachau Heritage site we’ve just left. 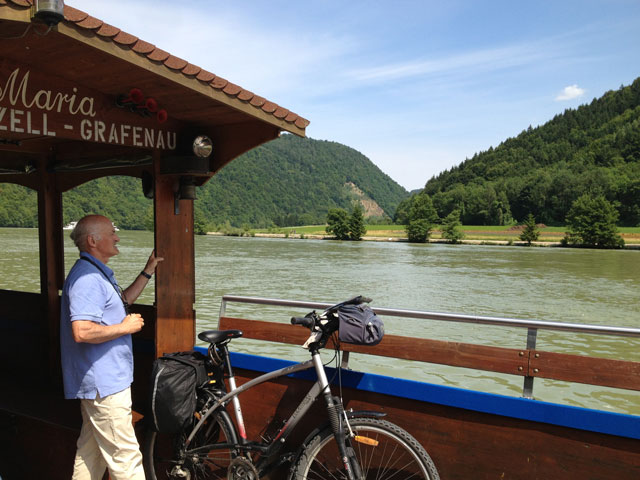 Jean Michel on the scenic ferry down the loop

They are off to Linz via the S-bend and tell us about a ferry that their agency has recommended, that offers a very scenic ride through one part of the bend. We decide to include it on our way back. 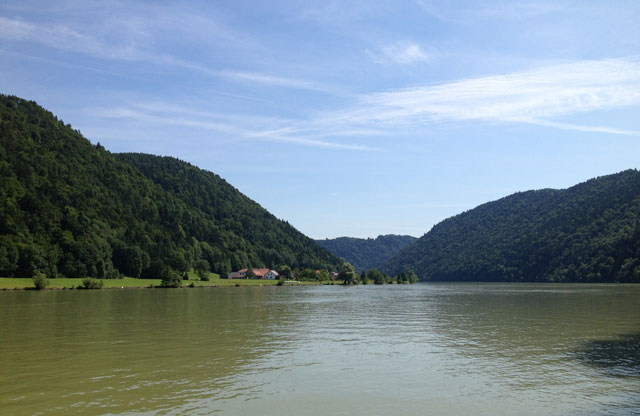 Perfect weather for cycling around the S-bend

The weather is perfect – about 22 or 23°C with bright sun. So much better than the first time we were here. I think of the Aussie cyclists. That is the only problem with a pre-arranged trip – what do you do if it’s cold and rainy?

5 Responses to Cycling along the Danube – the Aussie Cyclists