Cycling along the Danube – Ehingen to Ulm

It’s funny how you can go to the same place twice and have a totally different experience each time. When we saw Ulm the first time, it didn’t seem at all attractive.  Its famous Minster might be the tallest church in the world but it was dark and ugly in my books, particularly after all the beautiful rococco churches we’ve been seeing. 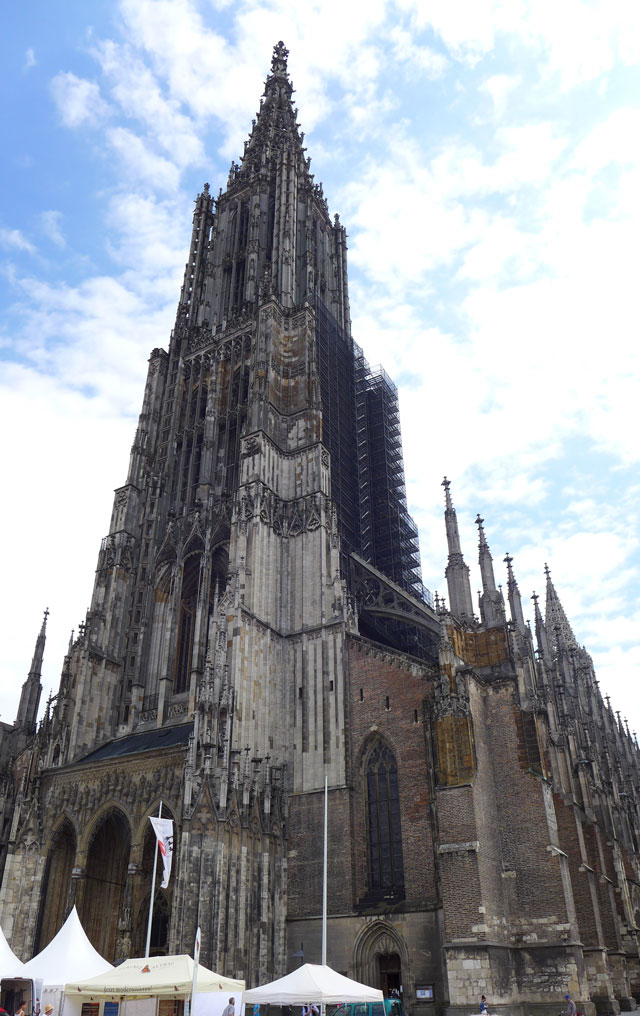 The minster in Ulm, the tallest church in the world

We couldn’t visit the inside because there was a concert on. Jean Michel was ready to leave without seeing anything else but I encouraged him to at least take a walk through the pedestrian streets nearby. There were a few old houses but nothing outstanding so we drove to Erlingen to start cycling. 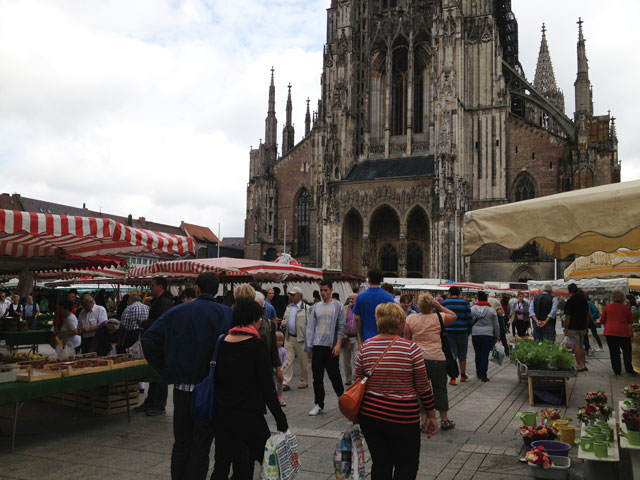 Next day, which was Saturday, we drove to Ehingen and took the train to Ulm. It was as though we were in a completely different town! There was a fresh produce market in front of the cathedral, which was open this time. Then we went to the Fishermen’s Quarter along the Danube and discovered the real soul of Ulm. 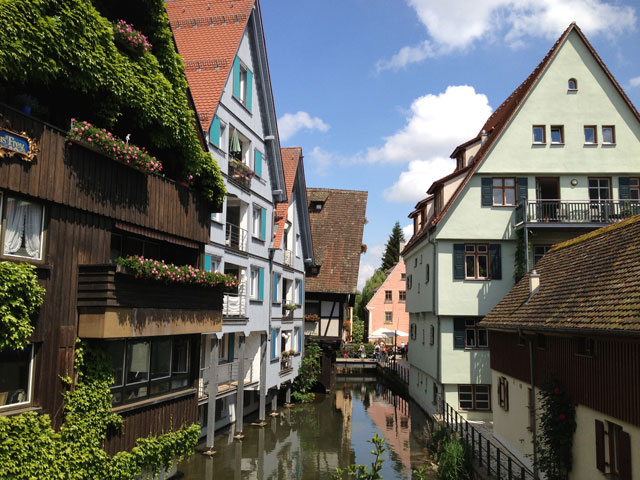 We had lunch at an old mill with a water wheel and cycled through quaint little streets with pretty little houses. 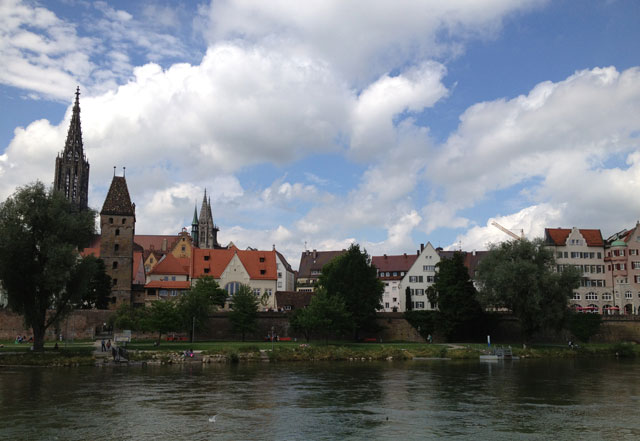 Ulm minster from the other side of the Danube

We then rode along the old ramparts overlooking the Danube and went across the bridge to the other side where the Minister looked much more attractive! What a pity it would have been had we not gone back. 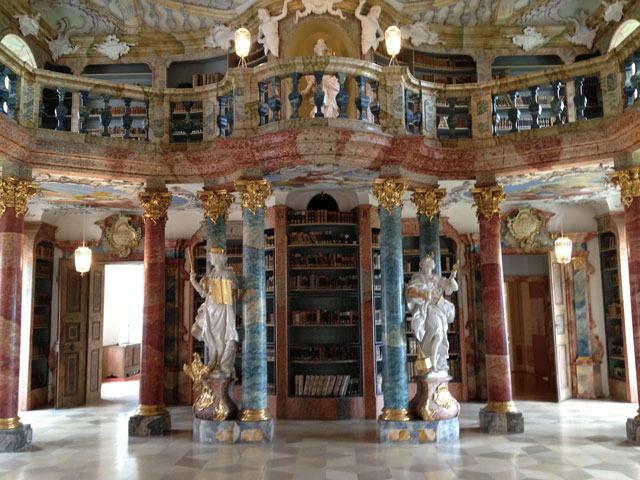 Not far from Ulm, we visited Wiblingen Abbey, another astonishing piece of baroque architecture including the abbey church, where a wedding was taking place, and a very beautiful library completed in 1744. 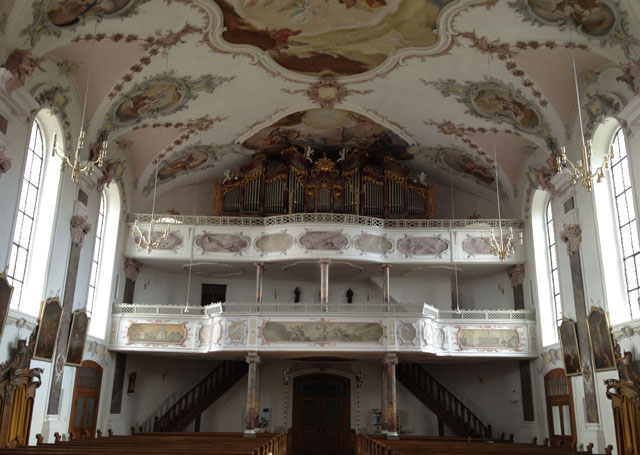 The balcony of the baroque church in Erbach

Another baroque church awaited us at Erbach, built on the top of a hill and commanding an extensive view of the surrounding area. Since Jean Michel has the map, I had no idea how steep the climb was and started too fast, spurred on by a car waiting at the top. To my dismay, we turned a corner and the road kept going. My legs were like jelly by the time I finally reached the church. 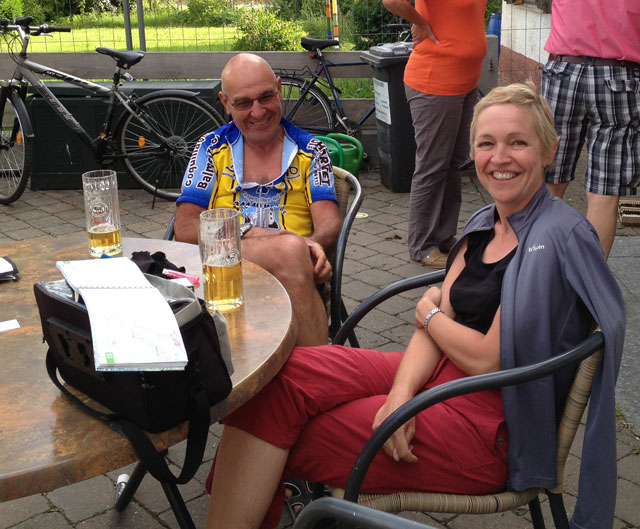 French cyclists carrying 40 kilos on their bikes, including a tent

We stopped at a roadside Gasthaus in the little village of Ersingen for a cold drink and were surprised to hear the couple at the next table speaking French. It turned out they were camping at the Gasthaus that night and had just ridden 90 kilometers lugging 40 kilos on their bikes. Not really my scene, I must say! 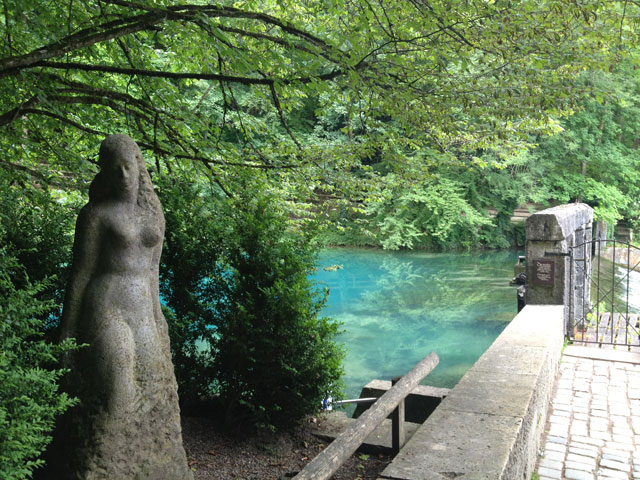 The asure spring in Blaubeuren

On another circuit along the Blau River north of the Danube, we visited the delightful little of town of Blaubeuren where the river comes out from under the ground in an azure blue pool. 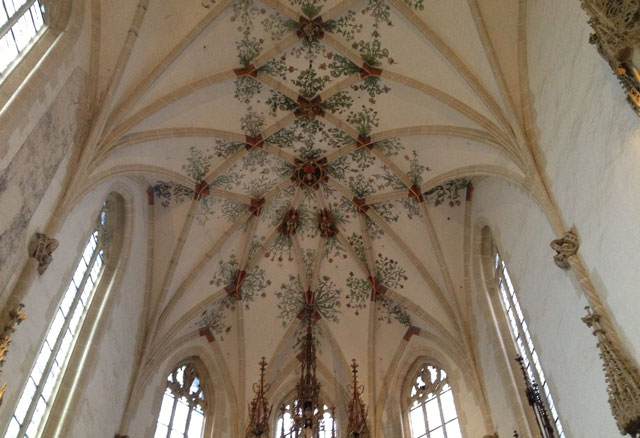 Ceiling of the abbey church in Blaubeuren

It was no surprise that the Cistercian monks built a very large abbey there including a baroque church with a beautiful painted ceiling and a cloister. 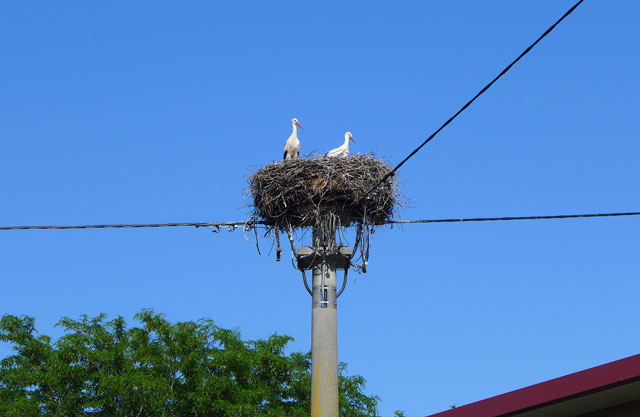 On the way back, Jean Michel spied another storks nest. 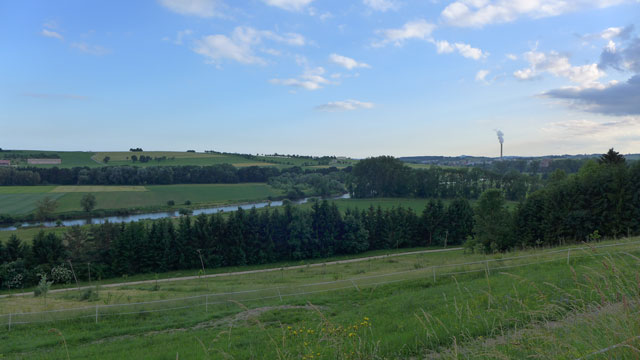 The weather on both days was not as hot as the first three days, often cloudy and overcast, but we didn’t get any rain. The weather forecast for the next stage of our trip near Linz in Austria does not look promising though.

39 Responses to Cycling along the Danube – Ehingen to Ulm