We’re on our way back from Saumur to Turquant, having just cycled up hill and down dale in the opposite direction. We’re on the riverside cycle path on the Loire à Vélo route, which has just taken us through a series of troglodyte houses parallel to the river when another hilly path takes us up a winding street on the other side of the village of Souzay. 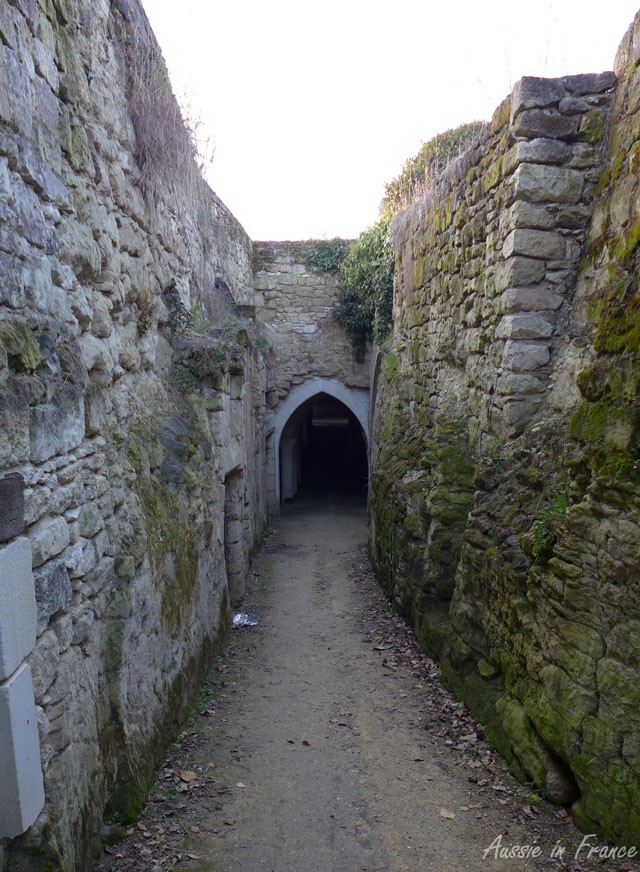 The tunnel on our cycle bath

We have doubts – are we really supposed to go through that tunnel? 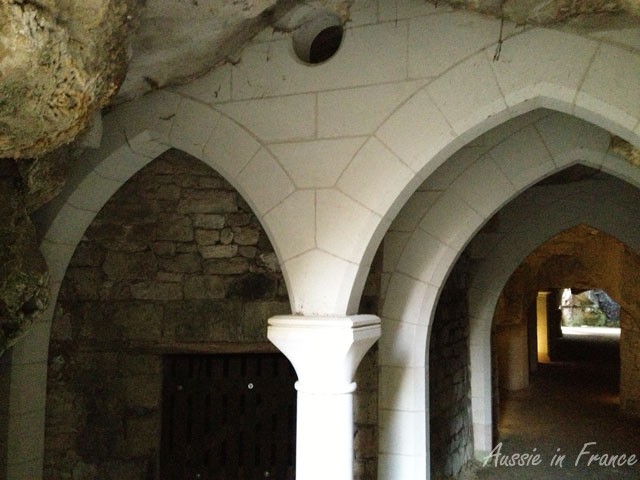 Vaulting at the entrance to the 11th century troglodyte shopping centre

We stare in amazement as we get closer. A vaulted troglodyte village! 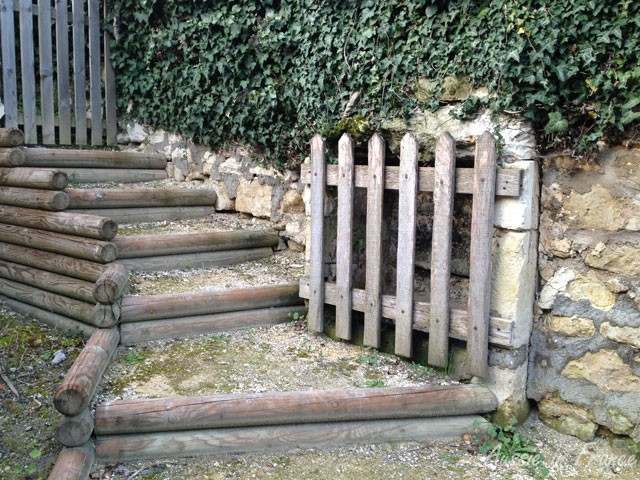 The first thing we see is a “jitte de pressoir”, a sort of stack through which grapes were poured onto the wine presses below.  Jean Michel explains that his grandfather used to have one. 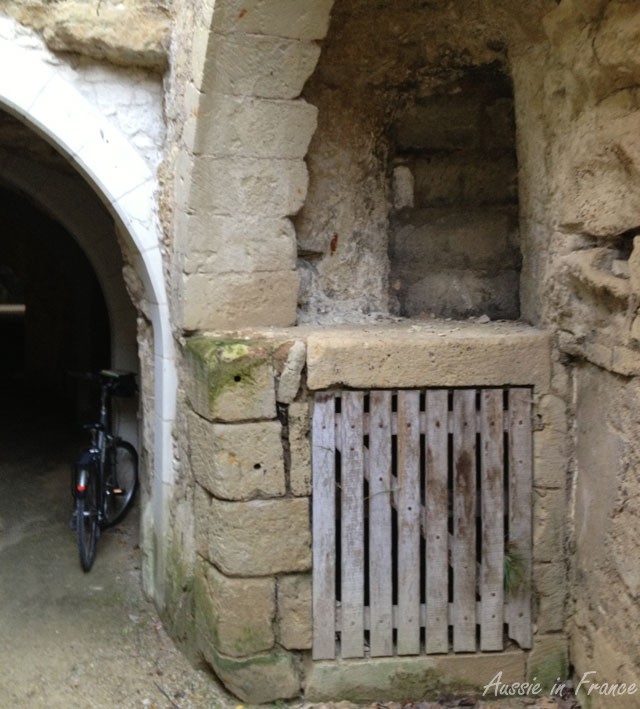 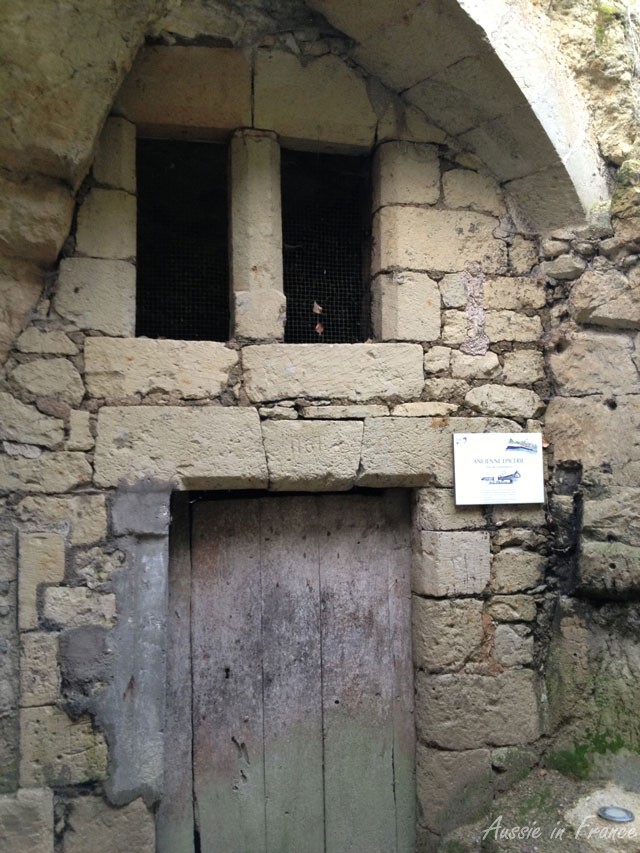 We then come to a mediaeval grocery shop with mullion windows on rue de Commerce which, the sign tells us, operated as a busy trading street from the 11th to the 19th century! More shops follow. A troglodyte shopping centre! 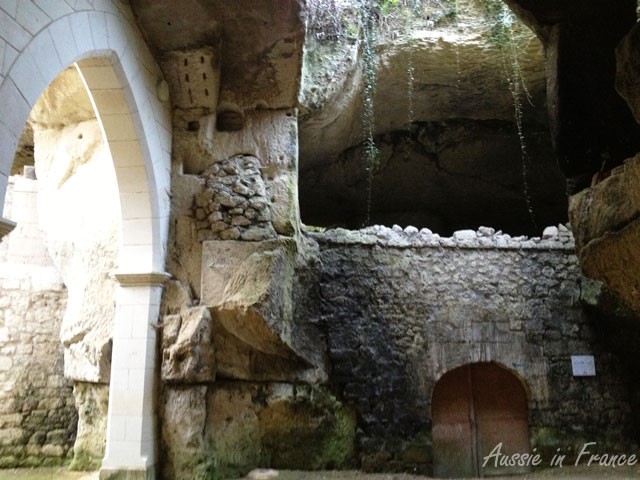 We continue through the underground labyrinth, with its many empty shops and overhead caves. It’s very eerie as it is late afternoon in spring and not another soul in site. 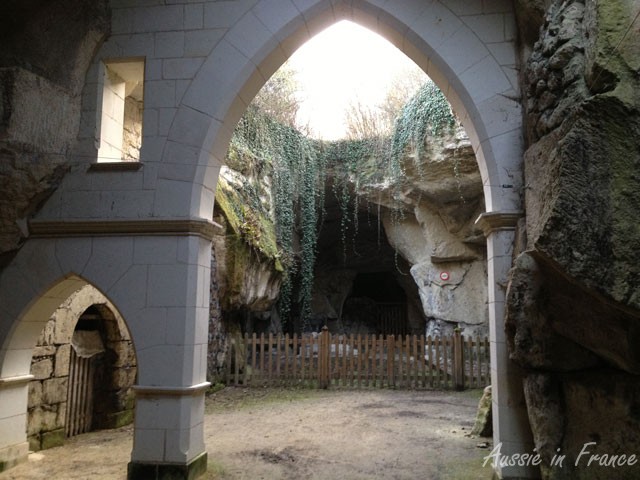 Subsidence has endangered some of the caves

A more open area follows with an 18th century pigeon house. There is an oven with a long table and benches. 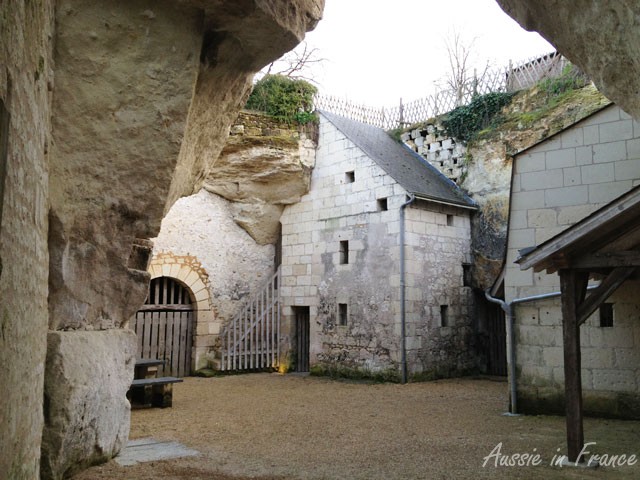 Signs along the way explain consolidation techniques used since renovation began in 2002, the subsidence that produced the open areas and the quarrying of local tufa stone for construction, which is how the village originated . 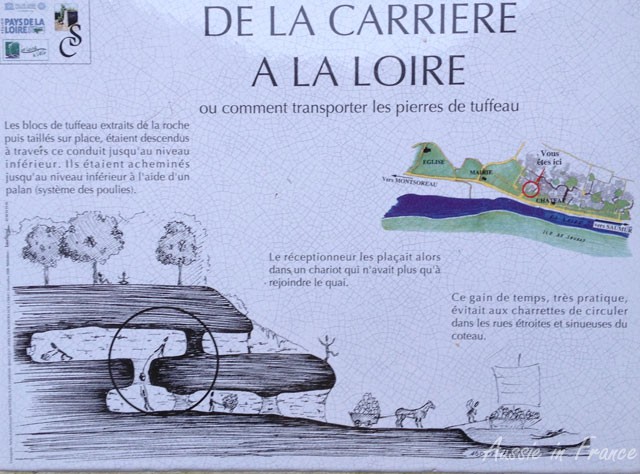 Taking quarried stone down to the Loire

The blocks of tufa extracted from the rock and cut to size were taken out through a shaft to the level below using a pulley system. The next person in line placed them in a cart that took them down to the river. This very practical timer saver meant the carts didn’t have to jostle their way through the narrow, winding hillside streets. 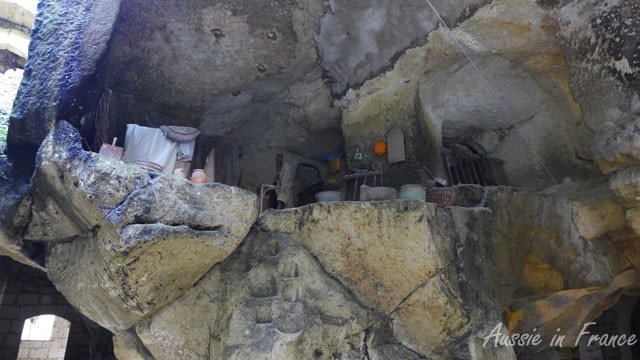 If you look closely, you can see table and chairs, cooking utensils and even a bed!

It’s easy to understand why the villagers quickly took over the resulting cavities once the stone had been removed.  Certainly a cheap way to get a house. I’d like to know how they got across the shaft in the sketch though!