We haven’t seen Mr and Mrs Previous Owner for quite some time, what with moving, retirement blues, Christmas, New Year, the flu, Granada, getting over the flu and finishing the glass doors and shutters. However, we are now sufficiently en forme for a visit. 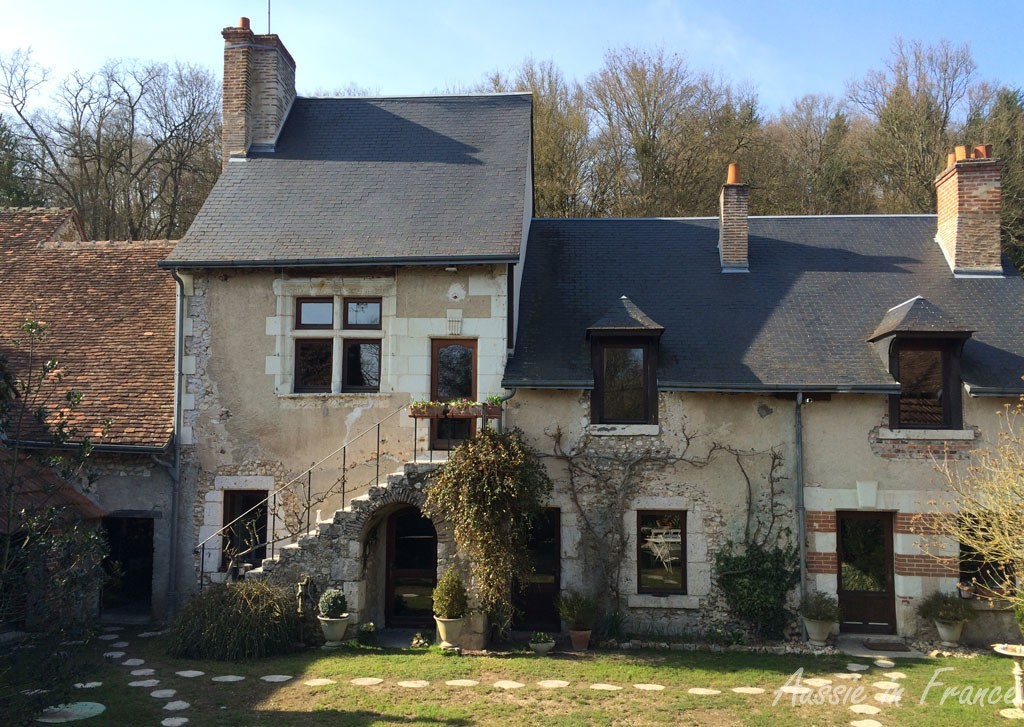 Mrs Previous Owner emails me and suggests either dessert and coffee or an apéritif. We decide on dessert and coffee because we know that the apéritif means a lot of vouvray and we’ll be driving to their home a half an hour away. We’ve also scheduled a visit to the nearly Brico Depot DIY to buy a window for the laundry.

I always feel badly when we see their house. Having to trade Closerie Falaiseau, which they spent twenty years lovingly doing up, for a modern house, must have been very hard. Fortunately, our enthusiasm for the Closerie helped them to get over the hurdle of having to sell for financial and health reasons after they both retired. 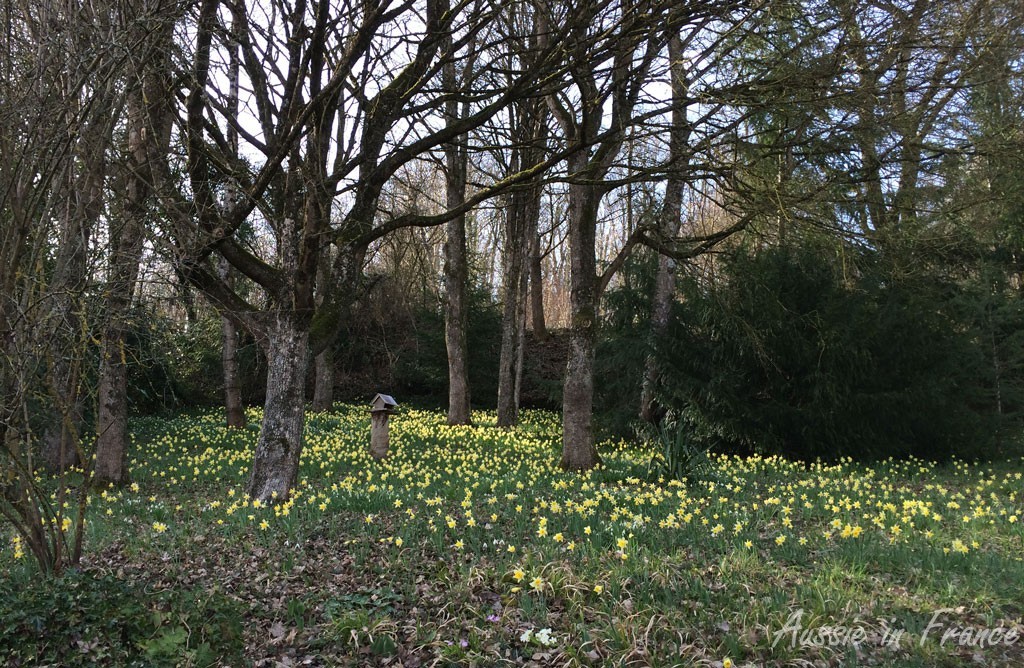 The daffodils planted by Mr and Mrs Previous Owner

Mrs Previous Owner takes us through to the veranda that fronts onto the kitchen. Despite the fact that we’ve been to their new home several times, I have no recollection of a glassed-in veranda! The table is set with plates, serviettes, wine glasses and coffee cups. 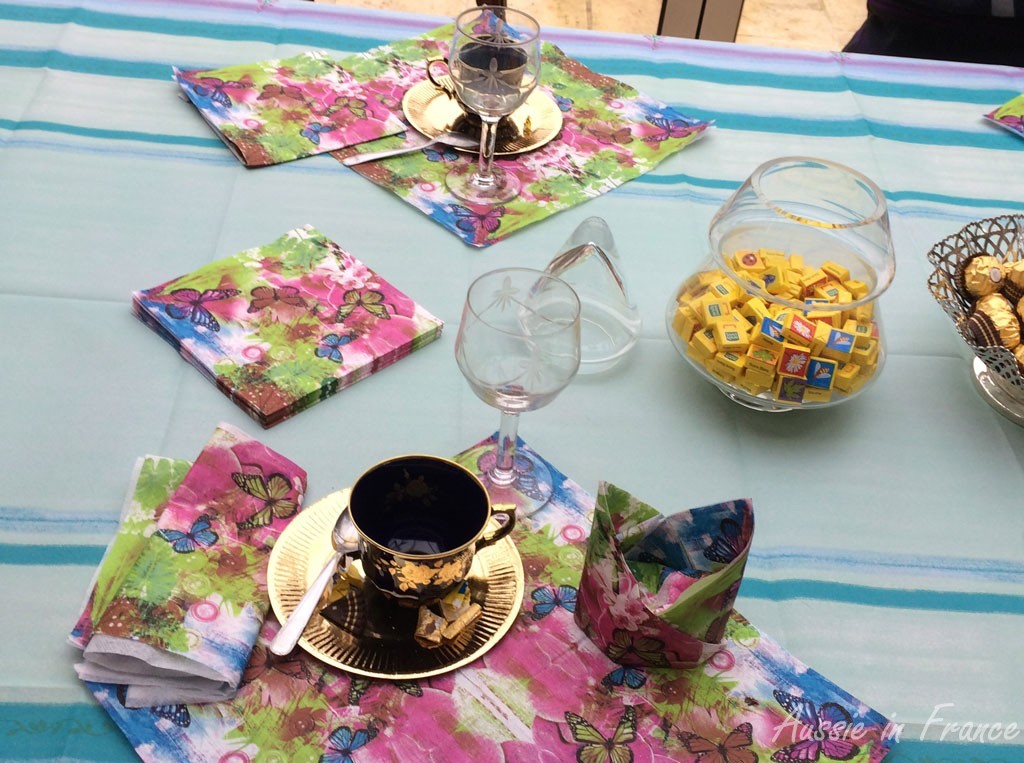 Wine glasses and coffee cups on the veranda

We sit down and Mrs Previous Owner brings out not one, but two stunning cakes from a local pâtisserie.

I don’t know what the situation in Australia is today, but back in my youth, no one would have dreamed of inviting someone over and not baking their own cakes or biscuits. In France, however, that is not the case and cakes bought at a good pâtisserie are more than welcome. 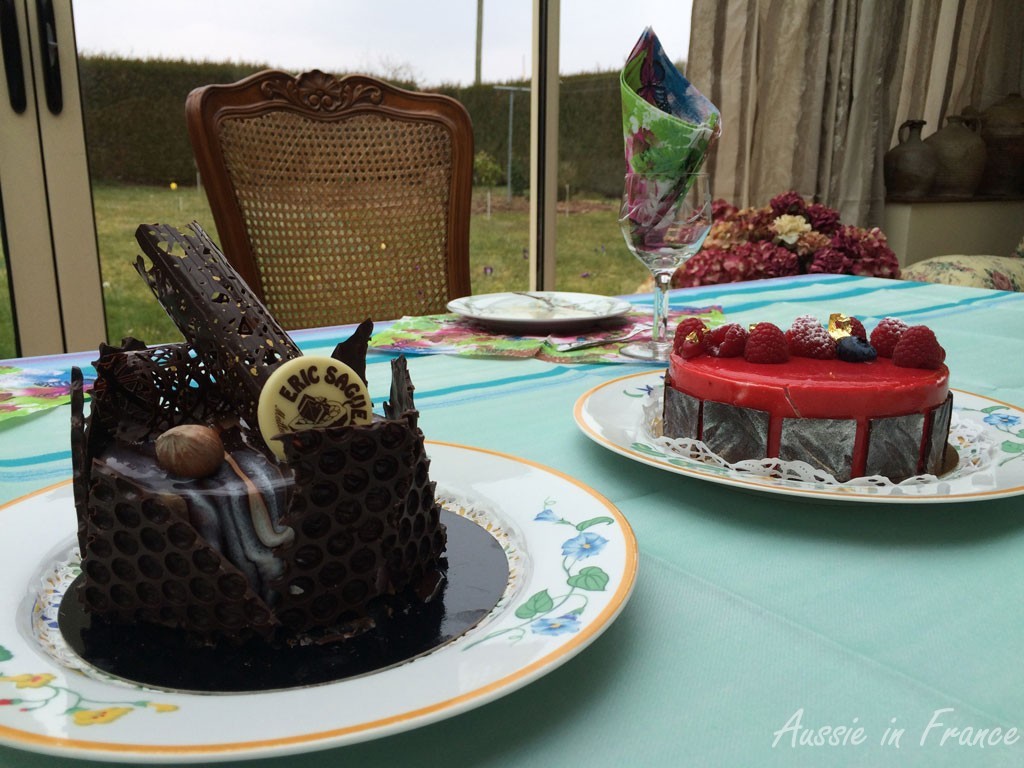 We accept the offer for a glass of vouvray to accompany the very delicious chocolate and raspberry concoctions made by Eric Saguez at his pâtisserie in Rue du Commerce in Blois, and even take seconds ! Good thing yesterday was a 5:2 fast day …

Thanks to my iPhone, I am able to show them the new glassed-in doors and shutters. They are suitably impressed.

I tell them about the broken weathervane and Mr Previous Owner immediately says that if it happens again, he’ll be more than happy to repair it. 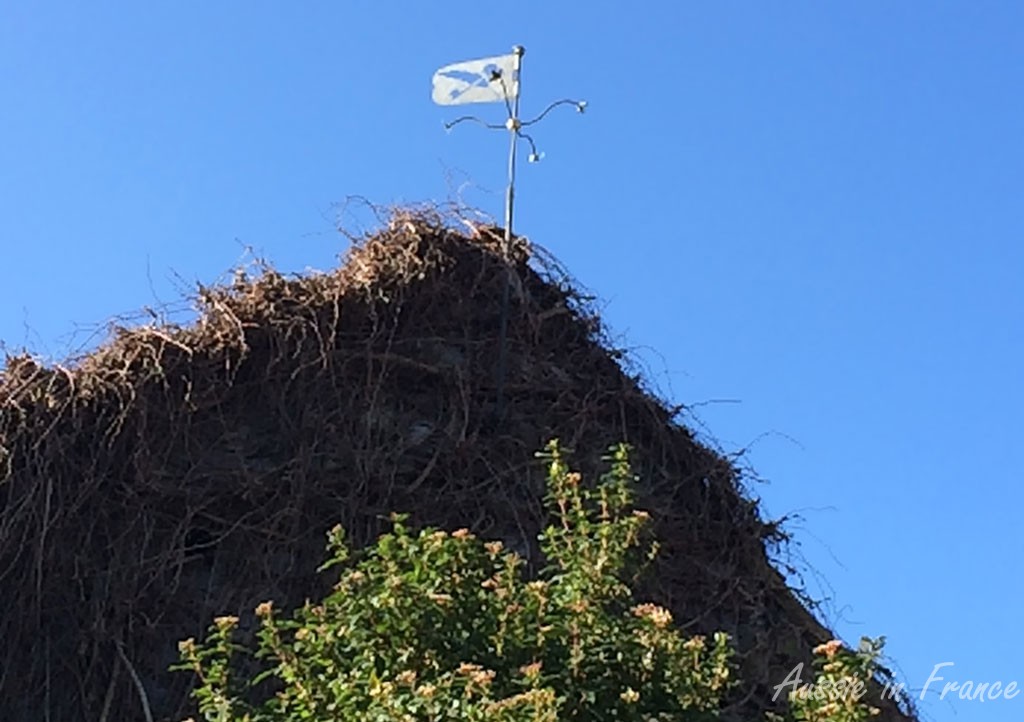 A little later, after coffee, when Jean Michel and Mr Previous Owner are in deep discussion about our alarmingly high property tax, I learn that Mrs Previous Owner hasn’t downloaded the photos on her iPhone for 3 years. We go upstairs to the computer so that I can show her how to do it.

It’s getting late and we still have to buy the window so we take our leave and promise to see them again soon at the Closerie, when the wisteria is in bloom. 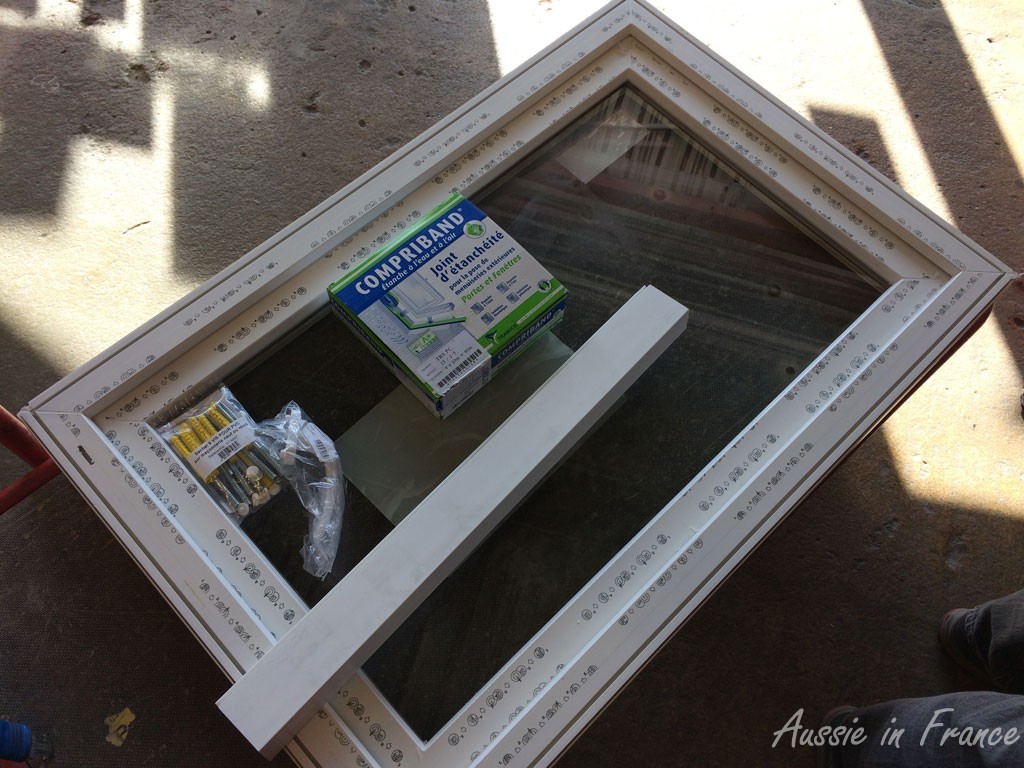 At Brico Depot, we learn that they only sell white PVC turn and tilt windows which are not what we want since all our other windows are stained a dark oak colour. At least we haven’t gone out of our way. Two days later, however, having checked the prices for coloured PVC and wooden windows which turn out to be five times higher, we go back and get a white one. It is, after all, at the back of the house, down near the woodpile in an area which I intend to close off with bushes so I can put up a discreet clothes line. But that’s another project!

13 Responses to Invited for Dessert