Even though we are not sitting in front of a roaring fire in the renovated upstairs fireplace as planned (we’re in front of the closed-up fireplace downstairs) and the oysters are unfortunately back on our balcony in Paris, we are nevertheless in Closerie Falaiseau in Blois. People have been seeing in the New Year in this very house for 438 years. We are about to break that tradition. 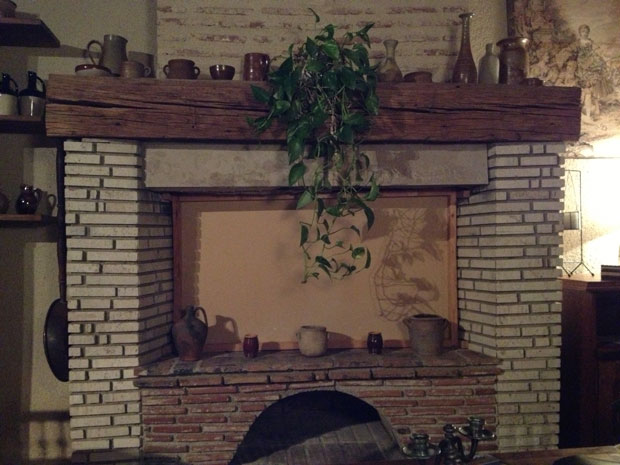 What a mementous year! Knowing the hard work awaiting us in April to convert the bottom of the house into rental accommodation, we organised our first home exchange with Madrid and were not disappointed! Since then we have clocked up seven other house swaps in various parts of Australia. 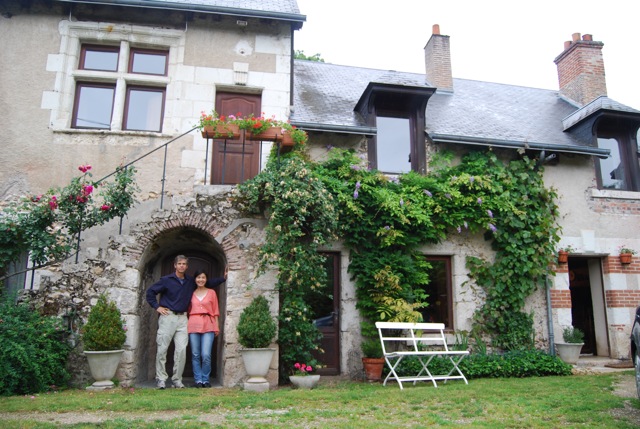 John and Toshiko Modesitt in front of Closerie Falaiseau

The final signature for Closerie Falaiseau at the end of March was followed by two superhuman weeks during which we divided off, furnished and decorated the ground floor mainly with French provinicial furniture. The rental went well, with our first paying guests, American impressionist John Modesitt and his wife Toshiko in June. We are now the proud owners of one of their paintings! The comments in our guest book are very encouraging and it was wonderful to meet so many interesting people. 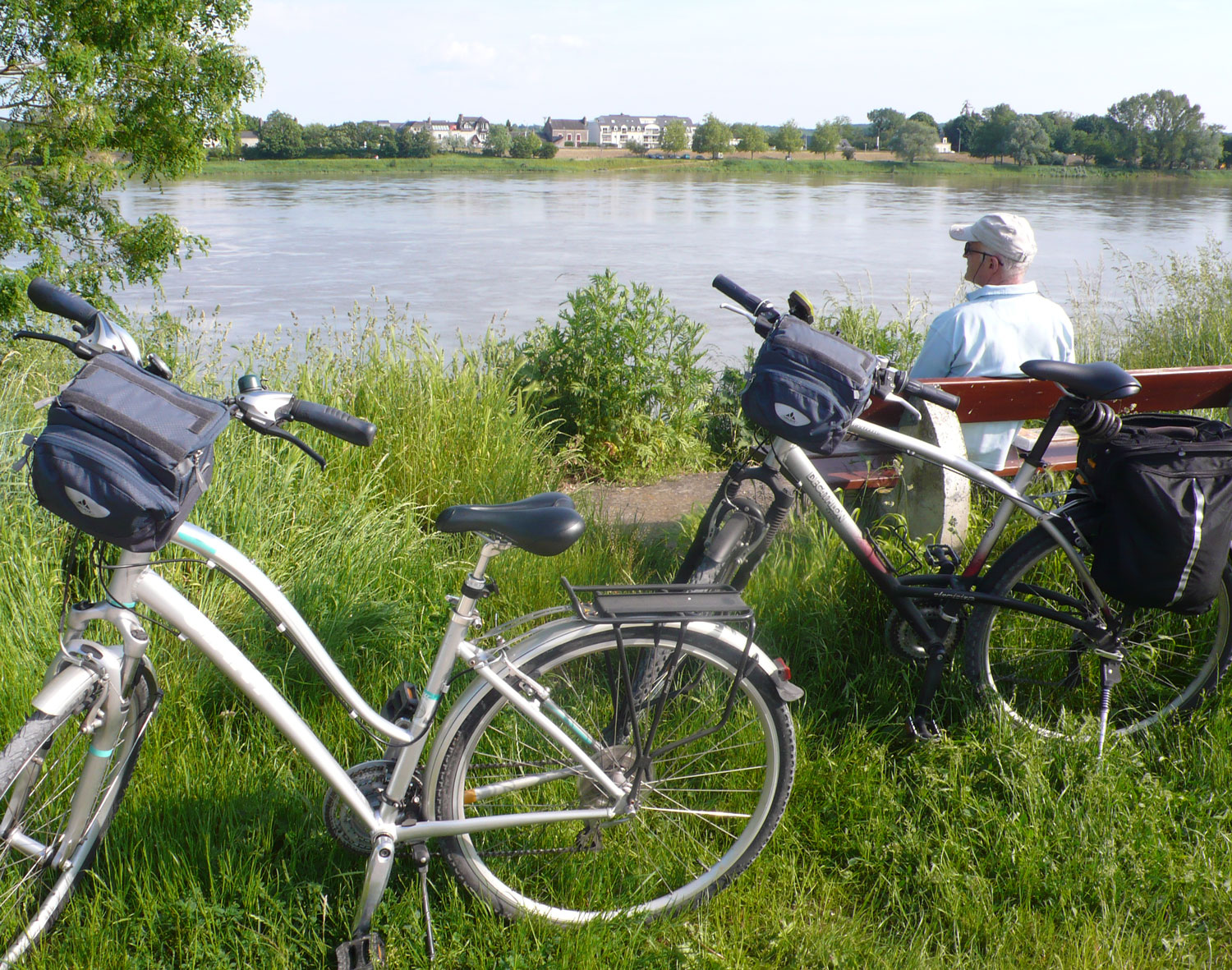 Cycling along the Loire

We came back several times during the spring and summer, doing a lot of cycling and gardening, even eating our first homegrown potatoes, planted in the rain. We repainted the front gate and fitted out a temporary kitchen in our “little house” next door so we wouldn’t inconvenience our guests. Relationnel will be turning it into a gîte after he retires in October 2014 and we take over the entire house. 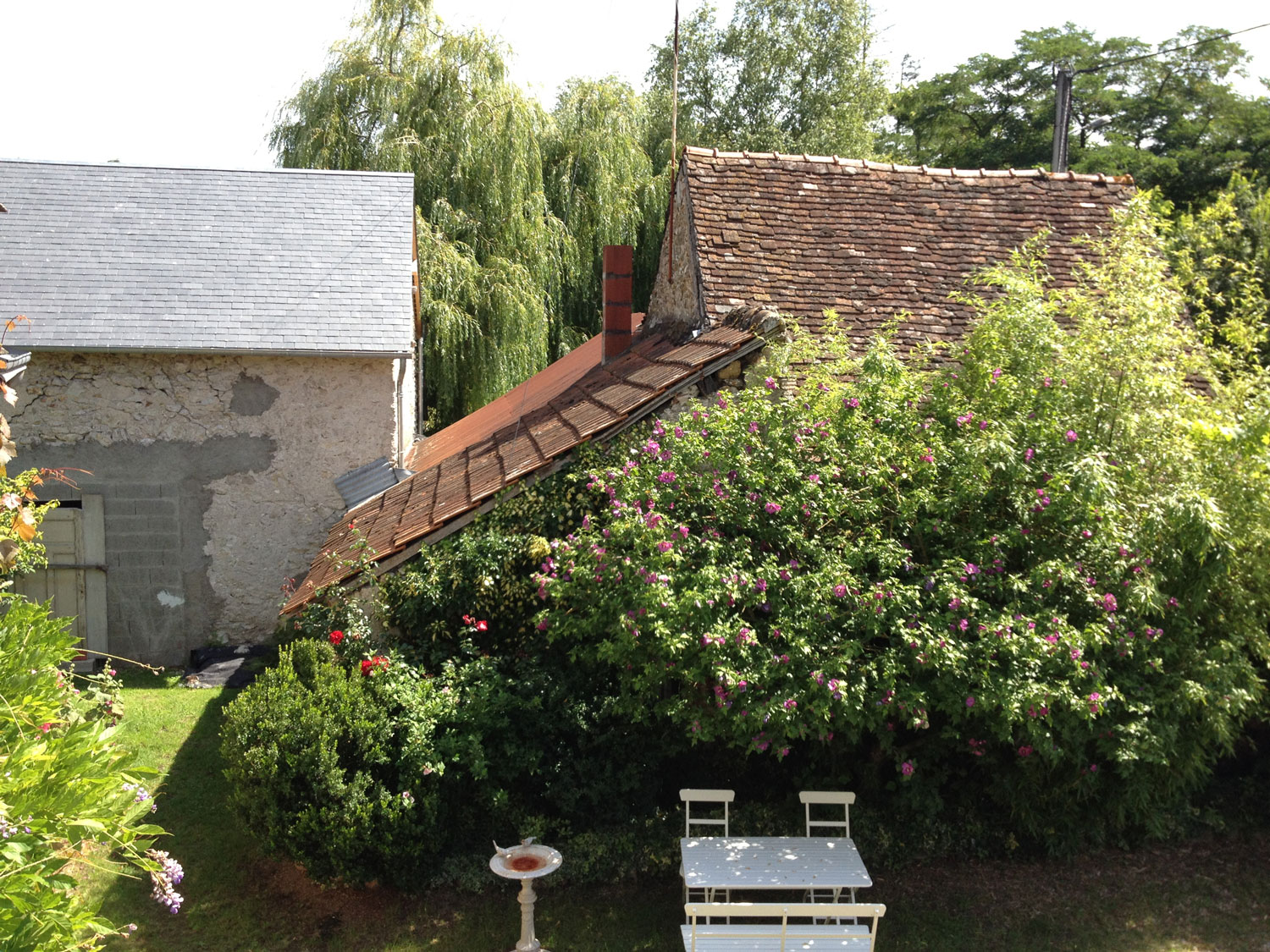 The roof of the little house seen from the garden

I came to the momentous decision to give up teaching translation at university in June after 15 years. I felt I was ready to turn over a new page particularly since my vocation seemed to have given out. I also wanted to be free of any geographical constraints so we can come to Blois whenever we want.

In September, we went to Australia for 5 weeks via Hong Kong, holidaying first in Tasmania, then in Armidale where I organised a family reunion attended by 50 members of the Kneipp family. We spent many wonderful hours catching up with family I hadn’t seen for a very, very long time. But it was heartbreaking to leave so many people behind. We finished our holiday on the Gold Coast and Brisbane but unfortunately came home with only one suitcase out of two. Next day Black Cat was burgled. 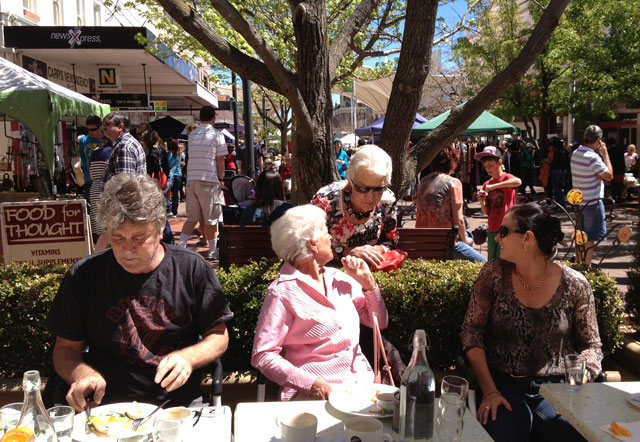 After we arrived home, I came down to Blois with some Australian friends for 10 days and Relationnel joined us for a long weekend. I then stayed on, mainly going back to Paris for weekends due to ongoing renovation on the balcony of the Palais Royal which was supposed to take 10 weeks and is still not finished after 4 1/2 months. It has not only been noisy, but also blocked out our view and light, giving me winter depression. 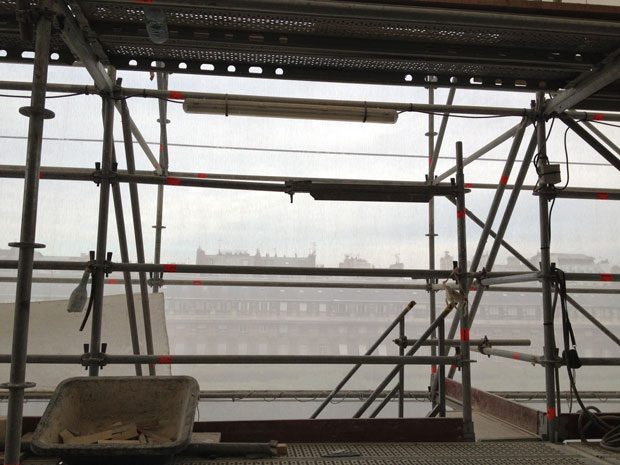 Scaffolding in front of our balcony in Paris

Relationnel came down for two one-week periods to renovate the upstairs fireplace which has turned out to be a major undertaking. We’re still hoping to finish it before going back to Paris on 7th January, by which time the scaffolding should be gone from the Palais Royal as well. We’ve decided to only herald in the New Year when we can do so in front of a blazing fire. We’re hoping it will happen this week! 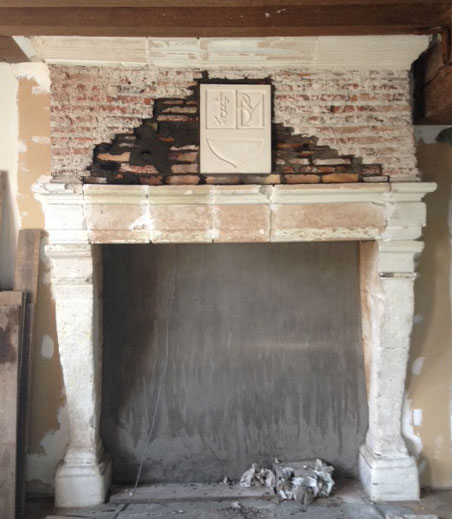 So what are my good resolutions,plans and expectations for 2013? The first is NO MORE RENOVATION until we move here permanently. The second is more travelling in Europe, starting with Barcelona in February for which I’m looking looking for a home exchange. After that, maybe Italy or Scandinavia, Ireland or one of the Eastern European countries. 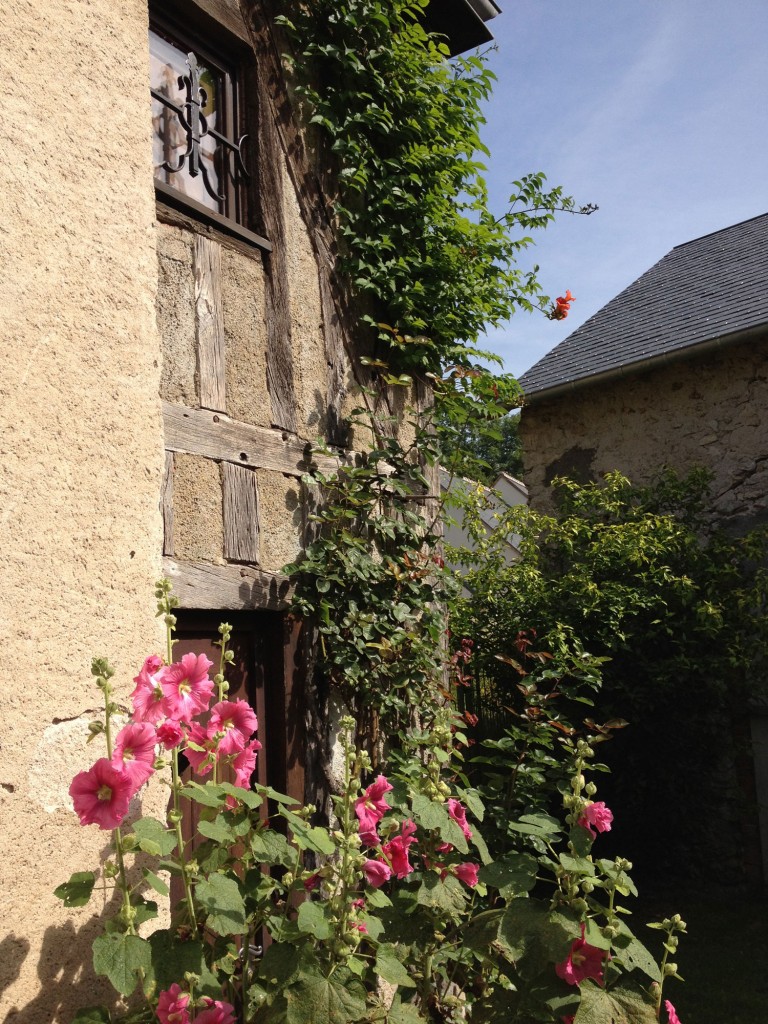 The tower on the side of the house

The third is going back to fitter occupations than I’ve had in 2012 and losing the 3 or 4 kilos I’ve gained recently mainly due to going back and forth between two houses! The fourth is getting out and about in Paris more. The fifth is learning to make the most of my iPhone camera so I can take better photos particularly at night.

I haven’t mentioned Aussie in France, but that goes without saying. It’s a part of my life and I’ll keep writing posts until I run out of things to say.

And what about you, my faithful readers, what are your plans for 2013?