You’ll be pleased to hear that the balcony renovations are finished and the scaffolding has moved over to the next set of windows. This doesn’t mean there is no noise. The same drilling and hammering is still going on, only it’s not right next to my office and I won’t hear the trade union fellow trying to convert his fellow workers any more. The worst case scenario is four months which means that, theoretically,  it will all be gone by the end of April if not before. 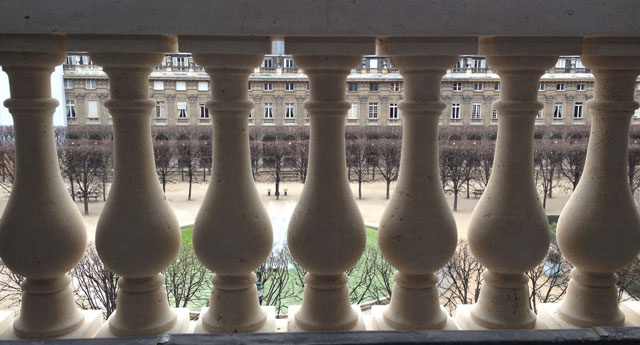 View from my renovated balcony

But that’s not what I’m going to talk about in this post, though it is related. The subject is actually my unwanted weight gain since last April, which has crept up to an annoying five kilos. The problem is the change in my daily routine. Being part-time in Blois and part-time in Paris and going to Australia for 5 weeks holiday upset the apple cart completely. When in Blois, Relationel – it has to be his fault! – does far more physical work than in Paris so I have to feed him and it’s not always easy not to eat the same things as he does.

Also, when I’m gardening or renovating, I get hungry and don’t necessarily have the time (or energy) to cook or prepare appropriately nutritious food. Not to mention the periods when I was by myself in Blois. I certainly sympathise with people who regularly have to cook for and eat by themselves. Often I just didn’t feel like it. It obviously requires a different strategy when you’re alone.

One of the first things I did when I got back to Paris yesterday was to ring and get an appointment with Doctor Séjean, my nutritionist, who recommends the “four bowl diet” (see previous posts). I was able to see her practically straight away, to my great relief, because I want to get rid of these extra kilos before they set in. She was very pleased to see me after all this time (my last visit was in October 2011) and delighted to learn that I had been including her in my blog.

The first thing she suggested was to concentrate on chewing well to prevent bloating when eating raw vegetables and to eat more slowly, putting your cutlery down after every two mouthfuls. The idea is to pay more attention to the food you’re eating and take pleasure in every bite. 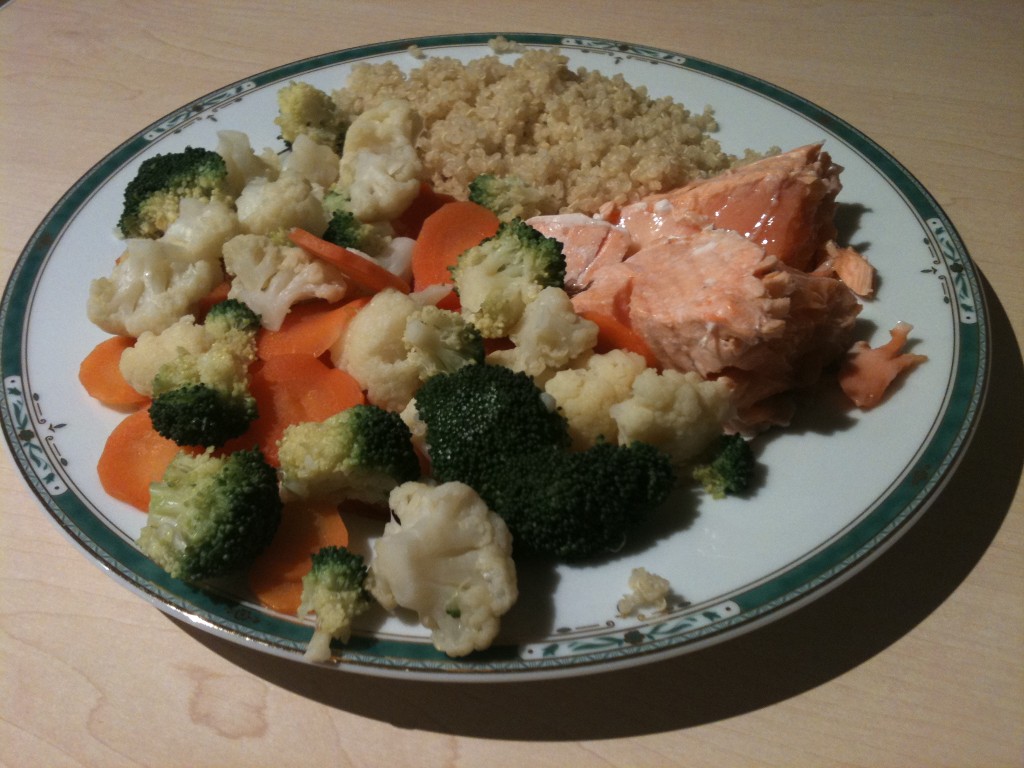 She then said it would be a good idea to cut out all raw vegetables for the first one or two weeks of the diet and to have fresh citrus fruit rather than fruit juice at breakfast. I wasn’t sure if and when I should be eating carbs. She said to limit my intake to 3 to 6 tablespoons per meal (40 grams of bread) and have them at lunchtime rather than at night. I need one hundred to two hundred grams of protein and 1 to 2 tablespoons maximum of oil or butter at each meal.

But my big question was what to do at afternoon tea time when we’re in Blois and are gardening or renovating. We usually have Gerblé raisin biscuits (when there isn’t any Christmas cake!), which are very compact low-sugar biscuits that are supposed to give you vitality. Sadly, they have to be eliminated and replaced with 5 to 7 walnuts and some protein or fruit. 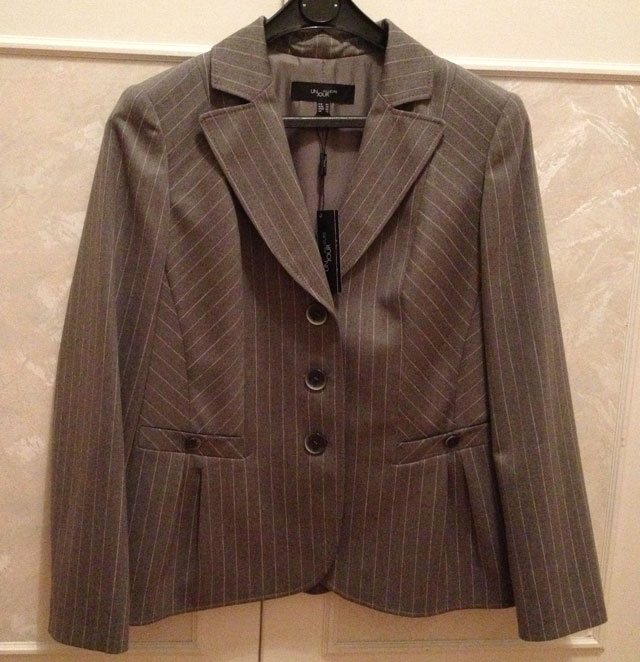 I came out feeling motivated again and stopped in at the store where I bought one of the winter jackets that disappeared with my lost suitcase. I was delighted because they had practically the same model on sale and I was able to buy it because I know it will fit me properly when I’ve lost those extra kilos!

Who’s going to join me in my weight loss? If you have never used Doctor Séjean’s four-bowl diet, you should go back and read my other posts first, because the present diet is aimed at losing weight fairly soon after putting it back on.

This entry was posted in Dieting and tagged Dr Antoinette Séjean, losing weight. Bookmark the permalink.