Appetite Suppressants Anyone? Some Natural Solutions

I’m not a newspaper-reader or a TV-watcher, but I do listen to the radio in the morning. France-Info is perfect for me because it’s an all-day news station which means that if I tune off (as I tend to do), I get a repeat fifteen minutes later. That way, I know what’s going on in the world – well, almost. They also have cultural and other snippets which is how I learnt about a book called Le Meilleur Médicament, c’est vous, by Doctor Frédéric Saldmann. 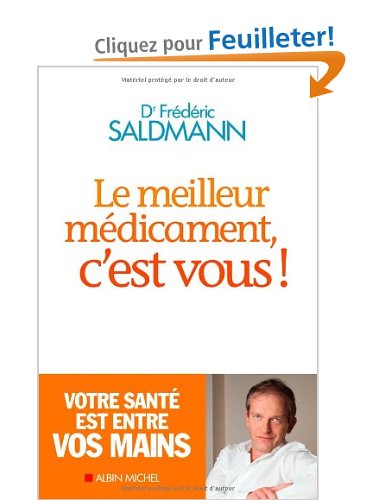 Lots of books have been written on being your own best medecine, but what Doctor Saldmann was saying in the interview about diet and sleep immediately struck home. So I downloaded an extract of the book onto my new Kindle Paperwhite (now I can read in the dark) and started reading the chapter on excess weight.

It seems that one person out of three in France is now overweight and that the world statistics are one in five. He goes on to talk about how detrimental excess weight is to our general health. Nothing new there. He then points out, to my dismay, that most people who lose weight put it back on again within two years. Ouch. Then comes the interesting bit: a sub-chapter called Appetite suppressants that combine pleasure and effectiveness. I nearly stopped reading because I definitely do not want to use appetite suppressants.

“There is no secret about it: to lose weight, you have to eat less”, he begins. “The difficulty is therefore reducing our appetite. There are two solutions. Either you accept being hungry for the first few days … or you find ways of gradually getting used to having fewer calories. Here are a few ‘appetite suppressant’ ideas that I’m sure you’ll find useful.” OK, that sounds better. 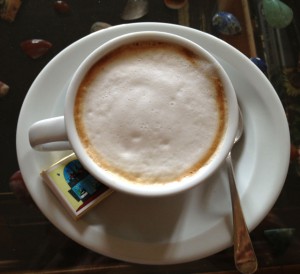 So what are his suggestions ? The first is 100% dark chocolate which, it seems, is miraculous. I’ve never actually seen 100% chocolate but you can order it on the internet. Studies have shown that people who eat 30 grams of dark chocolate (over 70%) per day show a significant reduction in appetite afterwards. It also seems that people who regularly consume dark chocolate are slimmer than those who don’t! No one has found an explanation yet.

You know, I have already noticed this. The French are the highest consumers of dark chocolate in the world – six times more than other countries – but have only half as many heart attacks as the Americans, for example.  I know people who eat dark chocolate every day and are still slim. I had worked out all sorts of theories about how they did it but none of them seemed to apply. Now I know. I’m not sure I should tell Jean Michel this though. He’s one of those chocolate eaters that can’t stop until there is none left.

The next thing on the list is saffron which apparently contributes to feeling satieted. It can be added to rice, vegetables, meal and fish. OK, why not? It definitely seems less dangerous than chocolate!

We’re also supposed to drink lots of water, particularly before and during meals. Dr Saldmann suggests having a large glass of water before starting an apéritif or meal. I am already a large water drinker, so that isn’t going to create a revolution but I’ll try to remember to drink a glass systematically before I start eating or drinking alcohol.

The next suggestion on the list is the most convincing and very easy. If you pause for 5 minutes during a course or between courses, your body has time to register how much you’ve already eaten. This is particularly important before dessert. It seems that many restaurants have realised this and ask you to order your dessert at the beginning of the meal because by the time you’ve finished your main course and your plate has been cleared, you may no longer be hungry enough for anything else!

Salt is definitely to be avoided as it whettens your appetite and he suggests eliminating it altogether. However, chilli and pepper apparently have the opposite effect and improve digestion into the bargain. They also burn fat. 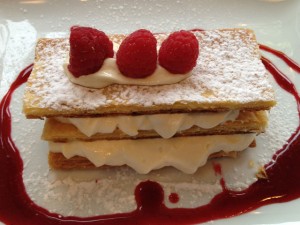 The next on the list is having a dessert for breakfast which apparently keeps you going until lunchtime without feeling the slightest urge to snack. He does say, however, that you should then abstain for dessert at night, replacing it with green tea which will keep you feeling satieted for an extra two hours after the meal.

The last suggestion is to savour every mouthful and make it a moment of pleasure, so you’re not just automatically putting food into your mouth. After all, there’s nothing worse than eating extra calories and putting on weight for something that you don’t even take the time to enjoy!

And, by the way, I’ve lost my first kilo despite two restaurants during the weekend (but no dessert). How about you?

My other posts on weight loss:

15 Responses to Appetite Suppressants Anyone? Some Natural Solutions