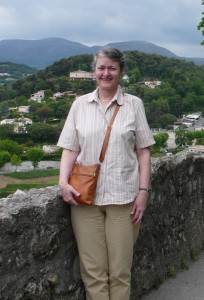 In Italy six months after the diet began & 12 kilos lighter

Last week, in Part 1, I told you about the first nutritionist I saw when I decided to go on a diet (after listening to weight-loss hypnosis tapes first, remember),  a guilt-inducing naturally skinny Asian doctor. The second person I saw was much better – a very smiley touchy-feely doctor from Martinique, Marie-Antoinette Séjean, who is the author of two diet and nutrition books, and who, although slim, was obviously not a natural skinny. I told her about my previous experience and she said not to worry, that we’d work something out together. She told me to write down everything I ate during the next two weeks. She also reassured me that I wouldn’t have to give up anything permanently, including red meat, prunes and foie gras.

In the meantime, she suggested several things I could do to lose weight: 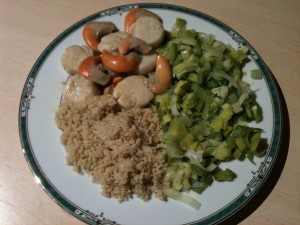 It all seemed very reasonable and manageable. I had told her I wasn’t interested in losing weight quickly, but I did want it to be permanent. I asked about exercise (long-forgotten apart from cycling in the summer) but she said not to worry about it for the moment. She weighed me and took all my measurements. She explained that it’s important to look at body measurements as well and not just weight, because you stay the same weight on the scales but lose centimetres around your body. I made an appointment for two weeks’ time, just before Christmas! It was only when I got home that I realised I hadn’t mentioned the wine. So I decided to cut down to one glass at lunch and two at dinner, except for oysters on Sundays when we usually drank a bottle of sancerre between us.

Next installment in two weeks’ time! You can start writing down what you’re eating every day as well. Be honest with yourself and don’t leave anything out. Remember, the aim is not to eliminate anything, just to be really aware of what you’re eating. But you might just find that you’re cutting down anyway …