Cycling along the Danube – a Renaissance Festival in Neuburg, Bavaria

In one of our guidebooks, there was mention of an annual Renaissance festival in Neuburg,, west of Regensburg, but I could find no information in English or French about dates on the Internet so we thought we should go there on a Saturday or Sunday just in case it was on. 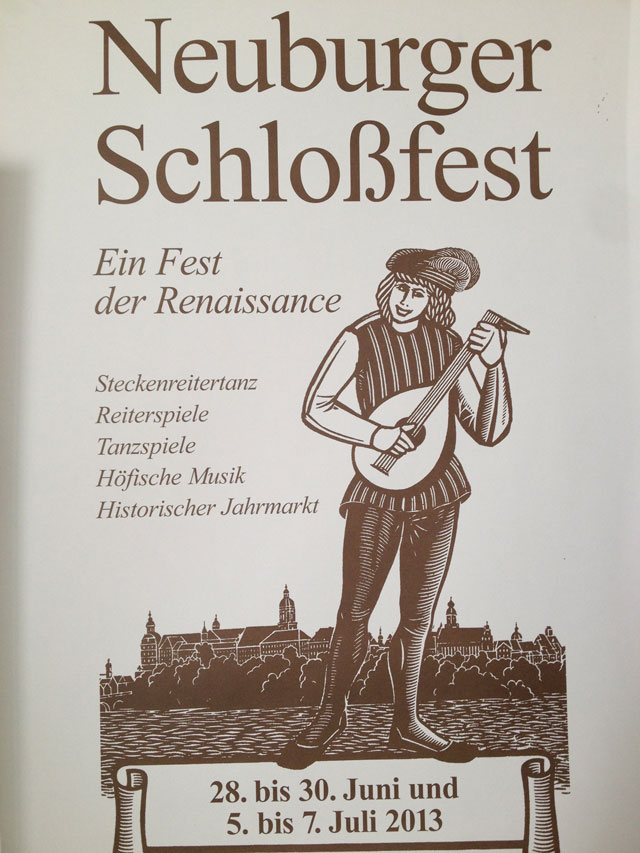 When we cycled into the town on Saturday afternoon, we initially saw no sign of any festivities but while having a cold drink at a gasthof near the river, I saw a young man leaning over the parapet of the bridge above me dressed in a floppy velvet hat so I knew something was going on. It turns out the festival, which is actually called the Neuburger Schlossfest, is held on the last weekend of June and first weekend of July. 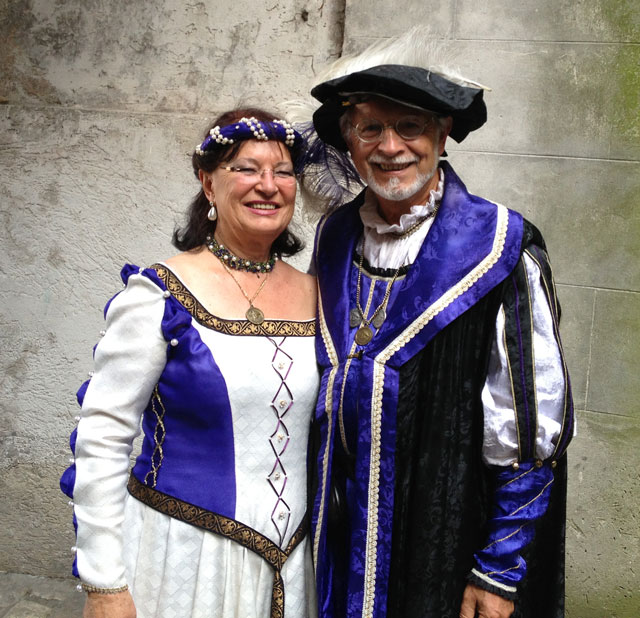 The matching couple at the town gate

At the entrance to the walled town, you pay 4 euro and are given a badge.  The thing that appealed to me most is that all the locals obviously join in every year and people of every age are dressed in Renaissance costumes, from the most sophisticated to the simplest and enjoying themselves immensely. 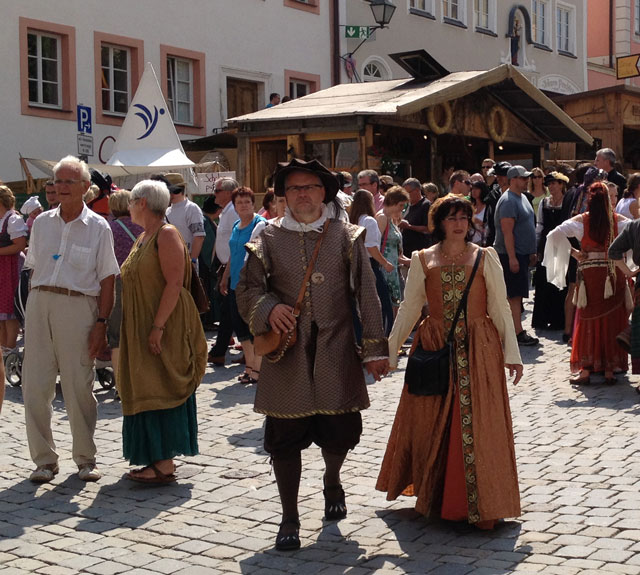 The elegant couple with full accessories

Some go all the way, with matching bodkins and tankards strapped to their waists. 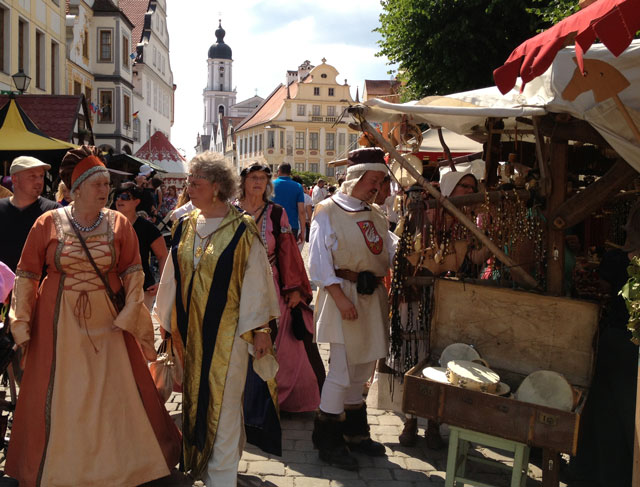 There are stalls selling all sorts of Renaissance produce and products and lots of food and drink stalls of course. 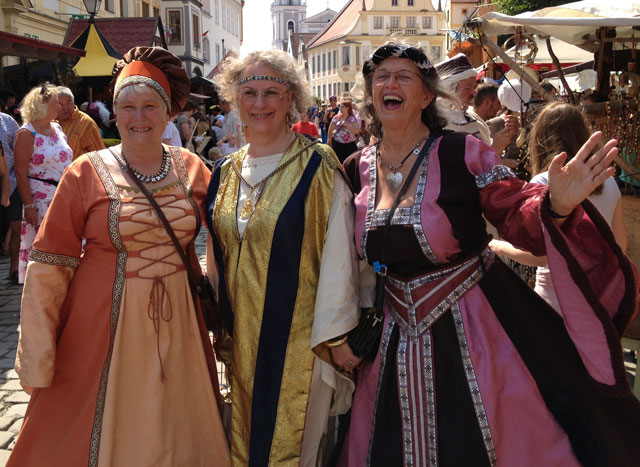 No one is the slightest bit shy of having their photograph taken! 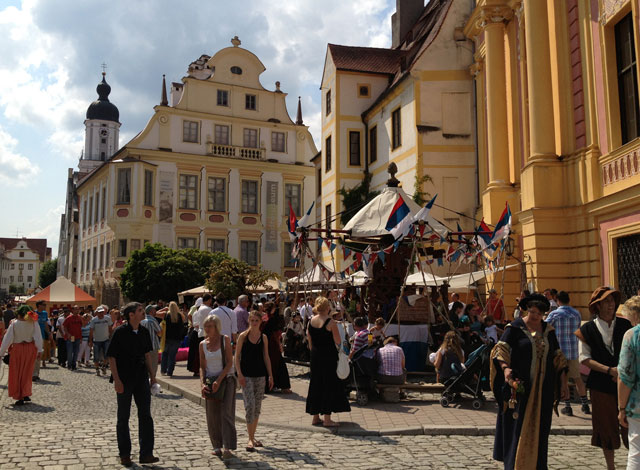 There is even a mediaeval merry-go-round that is popular with both the parents and children.

I just loved this man’s velvet costume. What detail! But I didn’t quite dare to dash round in front of him for the photo. 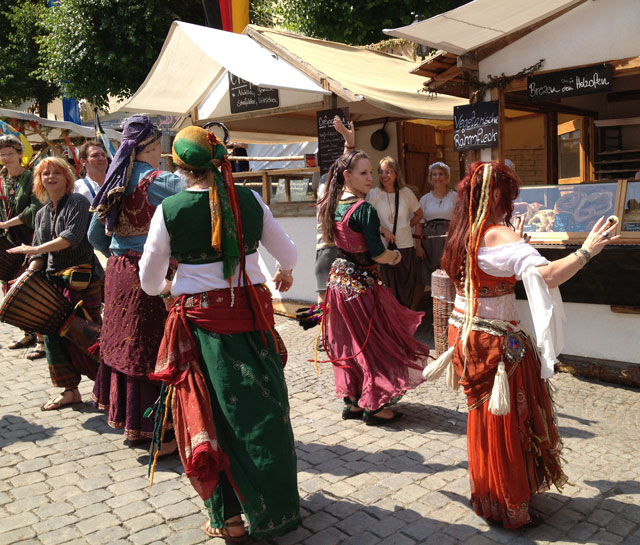 Various performers were to be seen on the streets. These gypsy dancers had their own music. 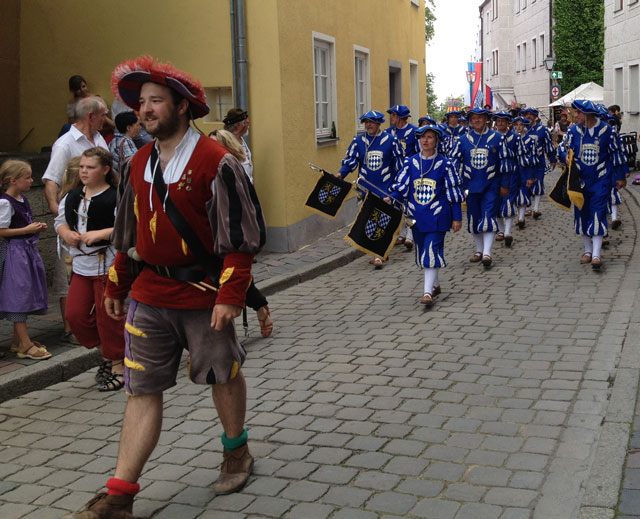 There were groups in similar costumes though we didn’t know their significance of course. 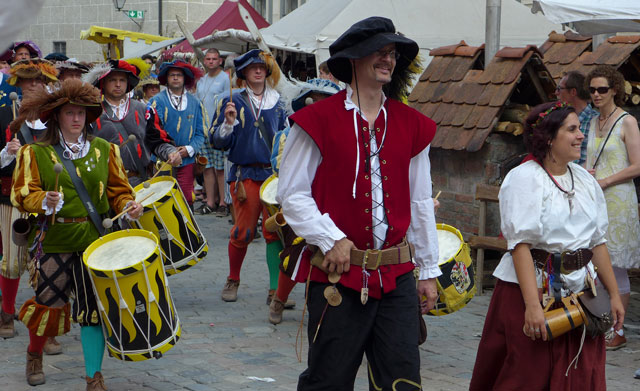 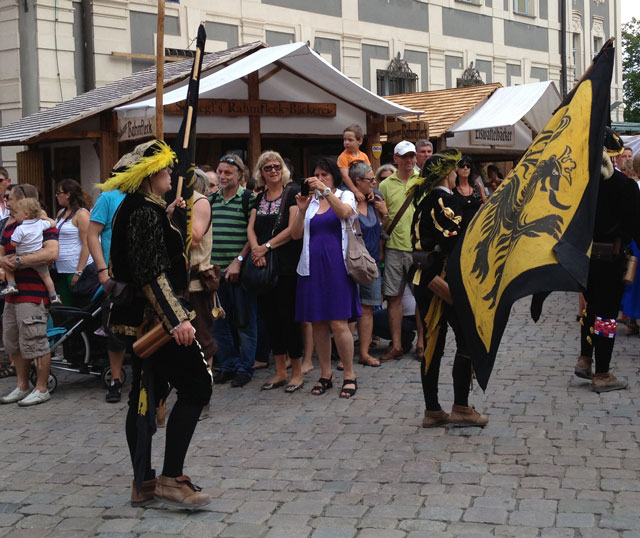 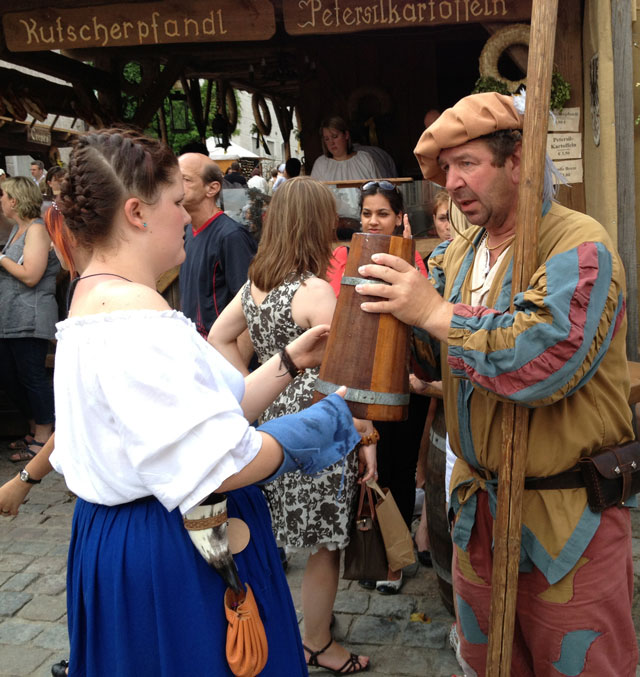 From what I could gather, this tankard was passed around from one person to another! 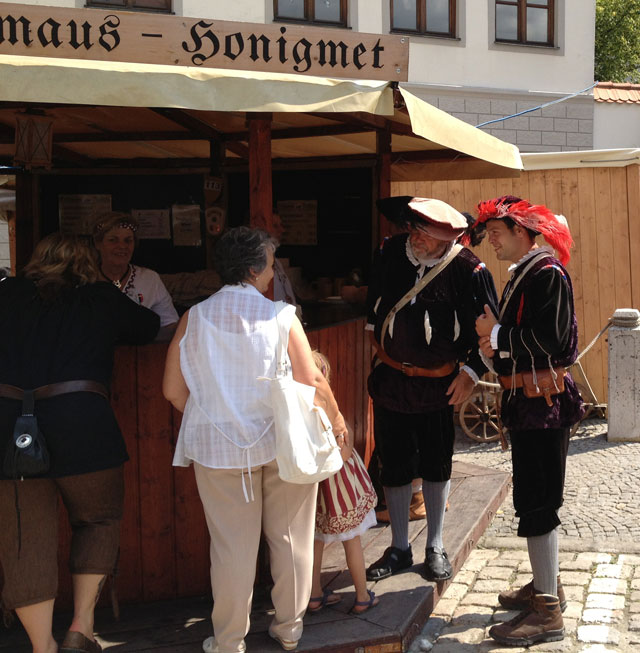 There were also a lot of costume stalls. I’d love to have bought one! 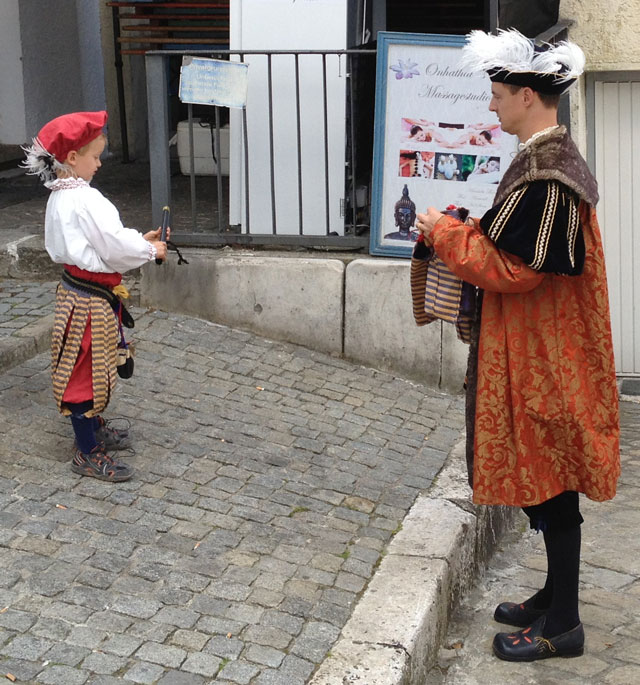 This entry was posted in Cycling, Germany, Sightseeing and tagged Neuburger schlossfest, Renaissance festival in Neuburg. Bookmark the permalink.

36 Responses to Cycling along the Danube – a Renaissance Festival in Neuburg, Bavaria